Marcus Rashford's first-half penalty and Mason Mount's deflected effort after the break saw the Three Lions come from behind after Romelu Lukaku's 15th minute spot-kick put the visitors ahead. 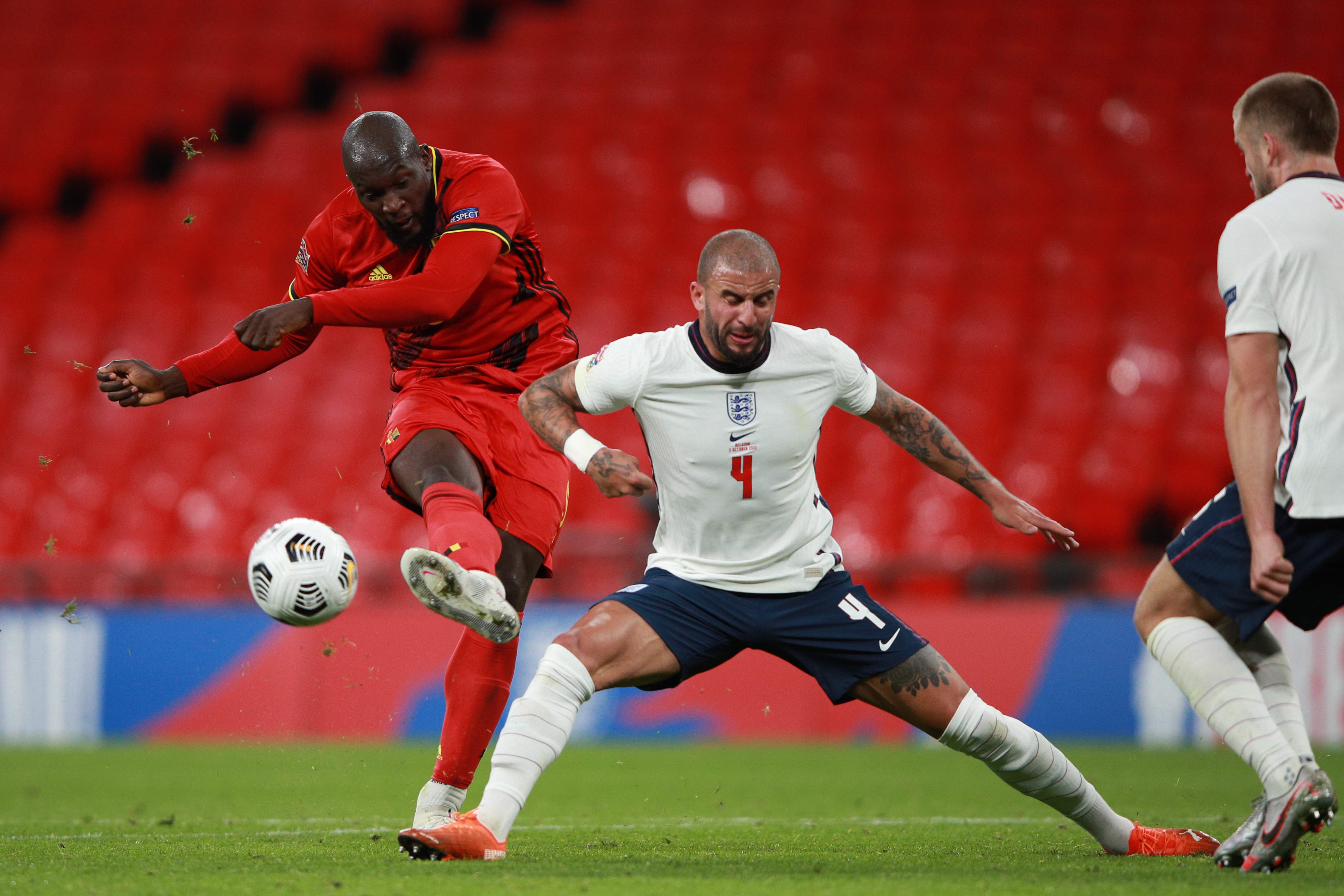 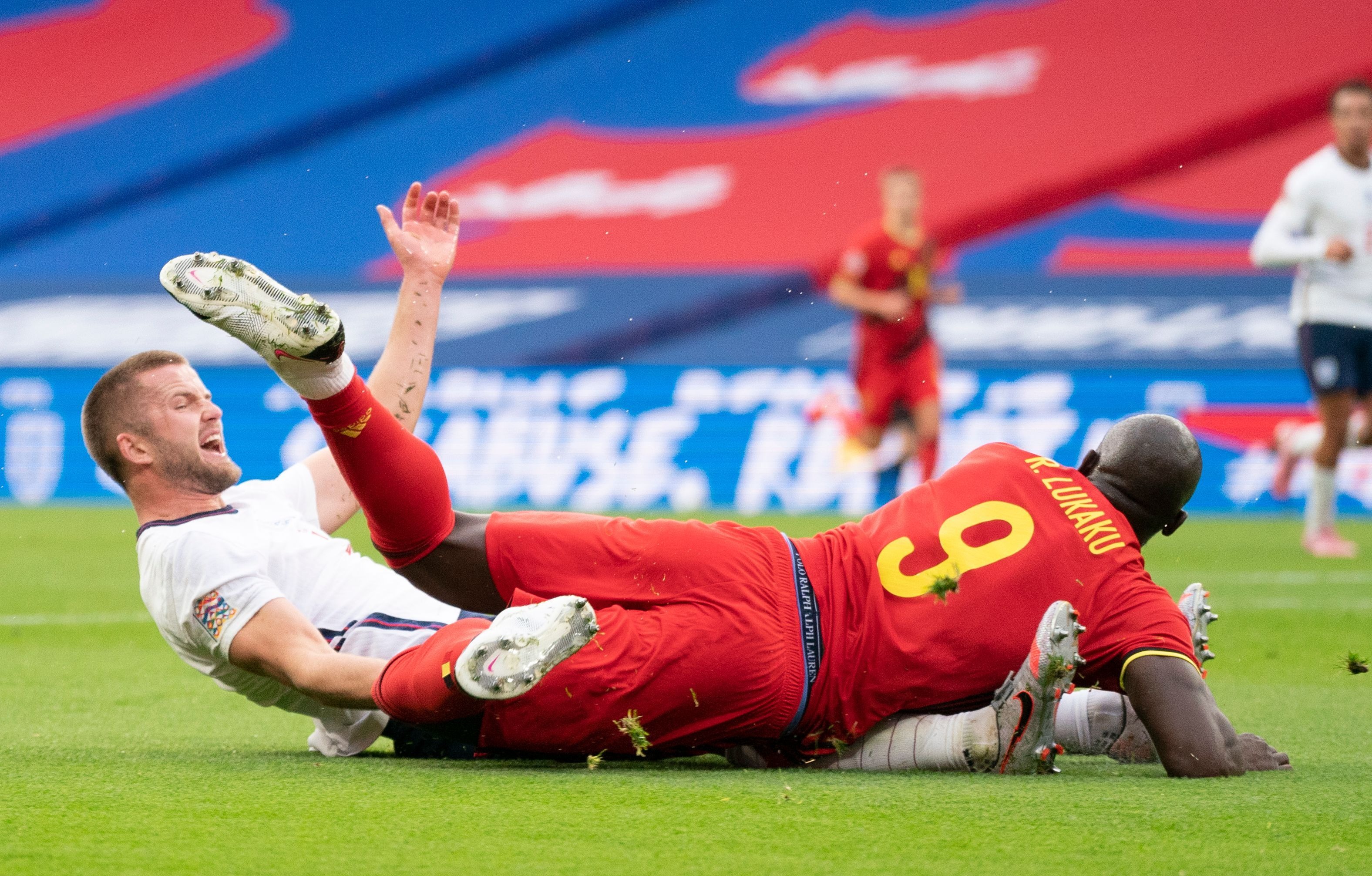 Eric Dier's clumsy foul on Lukaku gave the Inter striker the chance to step up and slot home which he duly did and it set the tone for the Tottenham's man evening.

Kyle Walker on the right side of the three centre-backs was the other end of the scale with repeated excellent challenges to quell the Belgians' dangerous attackers.

Sent the wrong way from the spot by Lukaku for Belgium's opener.

Not called on much but shut down Yannick Carrasco well when the midfielder was through on goal with 20 minutes to go. 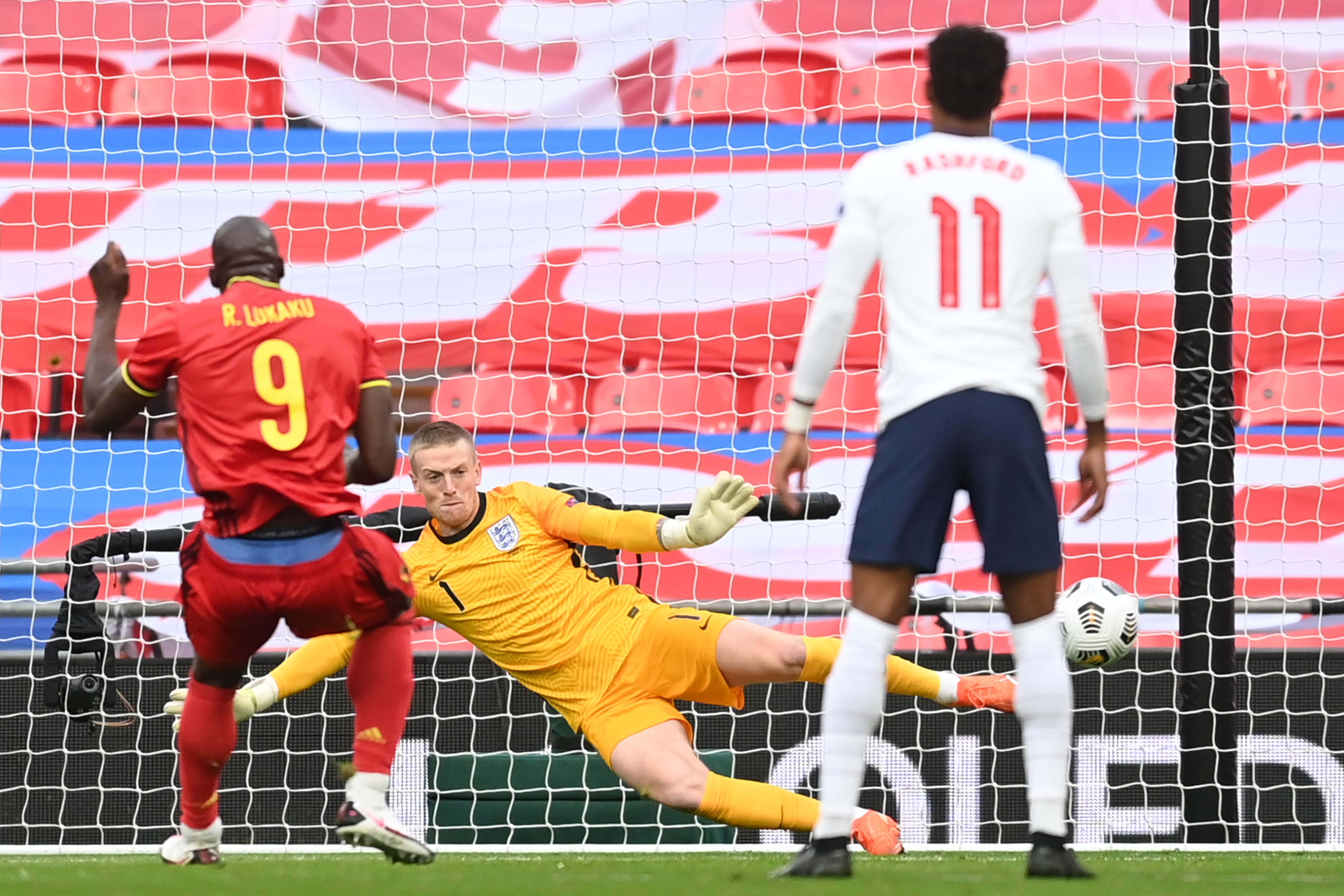 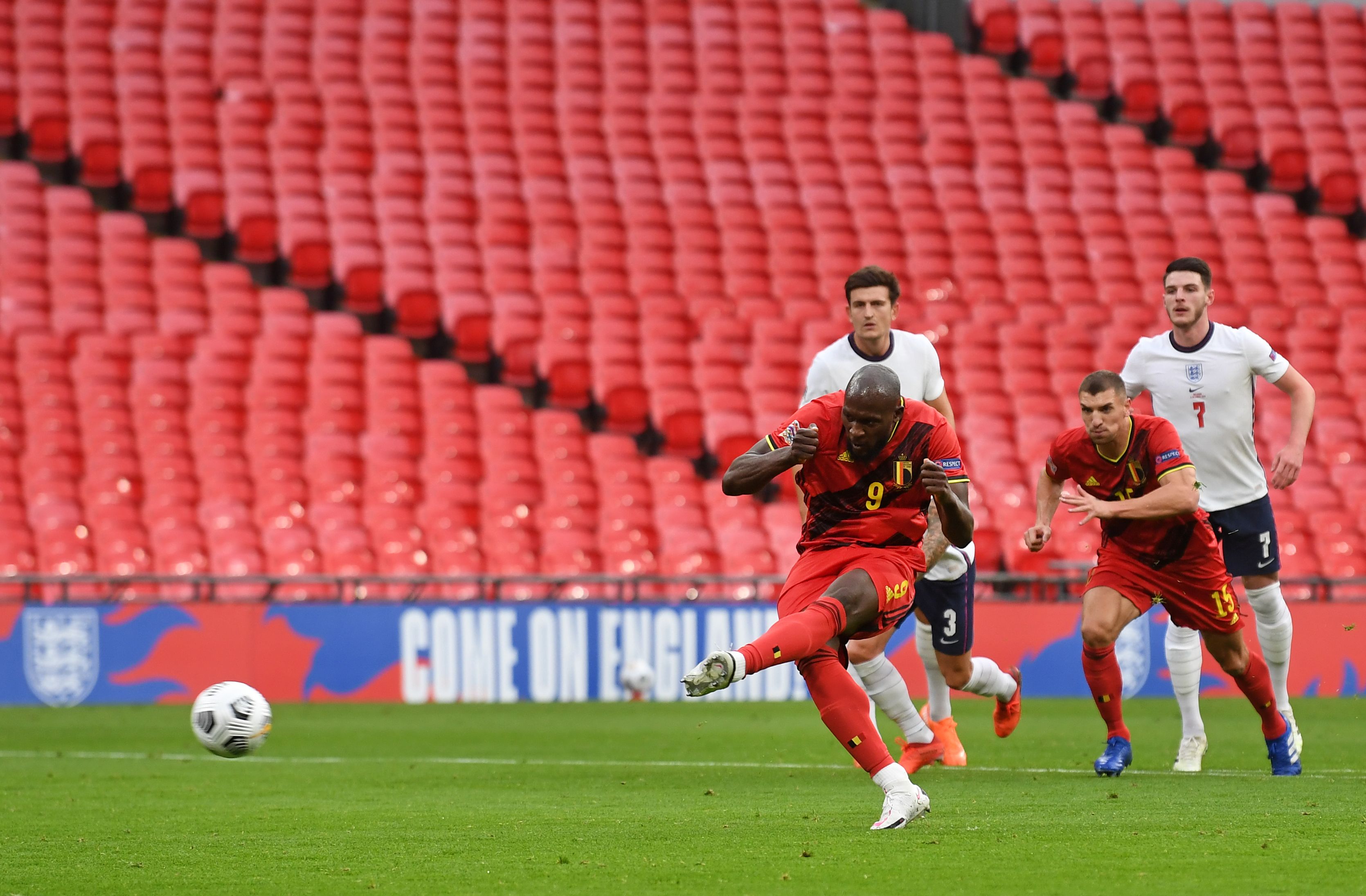 Some good deliveries but allowed Belgium a fair bit of joy down his flank.

Often relied on excellent Walker behind him to bail him out.

Understandably hauled off by Southgate with 12 minutes to go as England tried to shore up the defensive frailty down his side and hold on to the win.

Classy performance slotting in as the right centre-back alongside Dier and Harry Maguire.

Brilliant pace and positional awareness saw him on hand to shut out Belgium on several occasions.

Brainless, clumsy foul on Lukaku to give away penalty after 15 minutes which gave Belgium the lead.

Looked jittery from then on and Conor Coady should be disappointed if he is not given a chance in Dier's place next time out.

But just the right kind of unremarkable. Hassle-free against his imposing former team-mate Lukaku.

Another professional showing on his un-favoured left side of the defence.

Put in a far better showing than Alexander-Arnold on the opposite flank.

Clever movement to entice Thomas Meunier into the foul that won England their first-half penalty.

Good showing before he was replaced for fitness reasons after England took the lead for the first time. 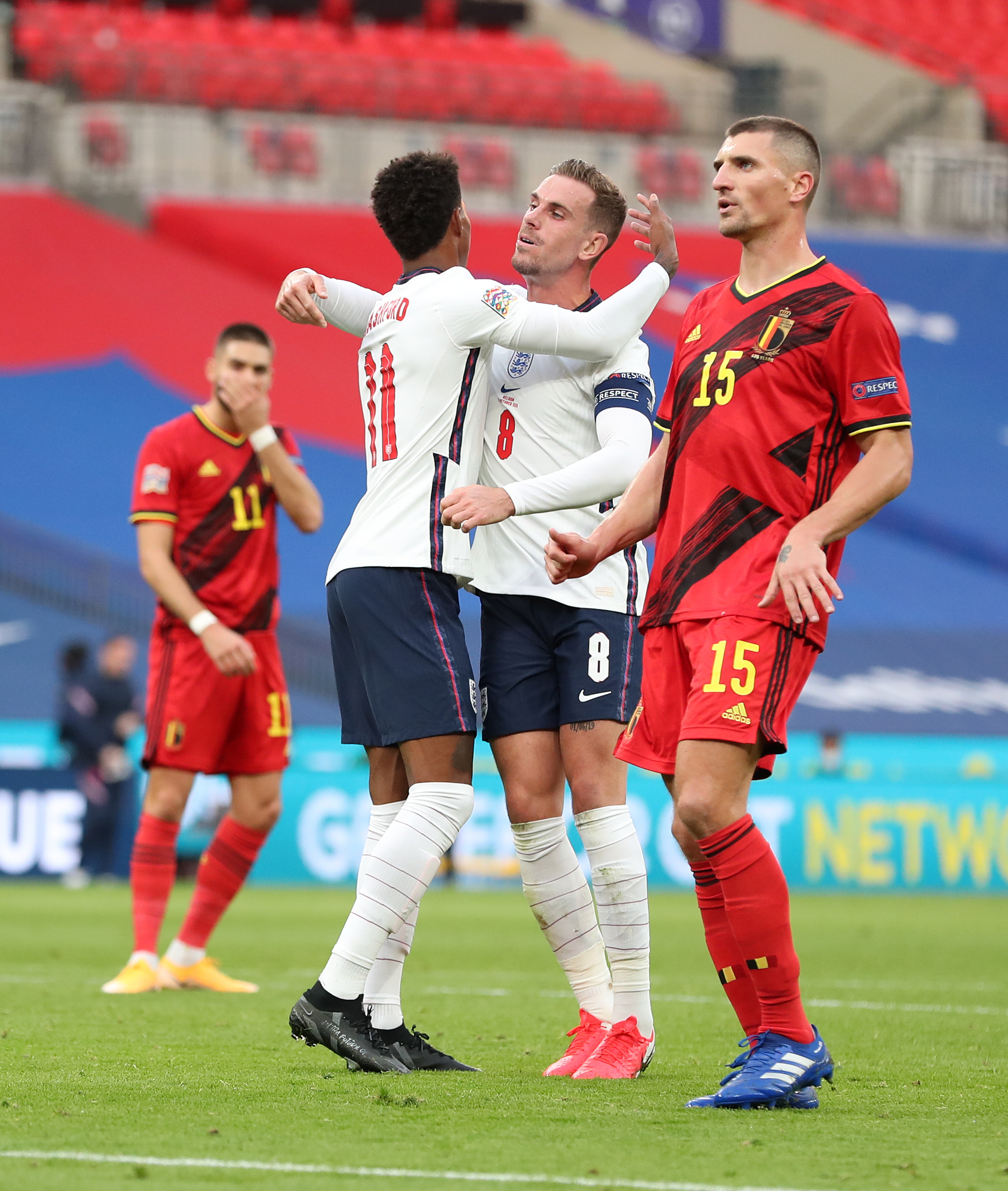 Booked after half-hour for a firm challenge through the back of Axel Witsel.

A marauding run late on saw him put one on a plate for Rashford but the United man blazed over from 13 yards.

Sloppy first-half. Did nothing to distinguish calls for Jack Grealish to start instead of him.

Touch was poor, looked out of sorts and like he was not enjoying his wide-right role too much.

UNTIL… He switched to the left flank, picked up a cleared cross on the edge of the box and looped one into the far right corner via an enormous deflection off Toby Alderweireld's shin to put England 2-1 up on 65 minutes. 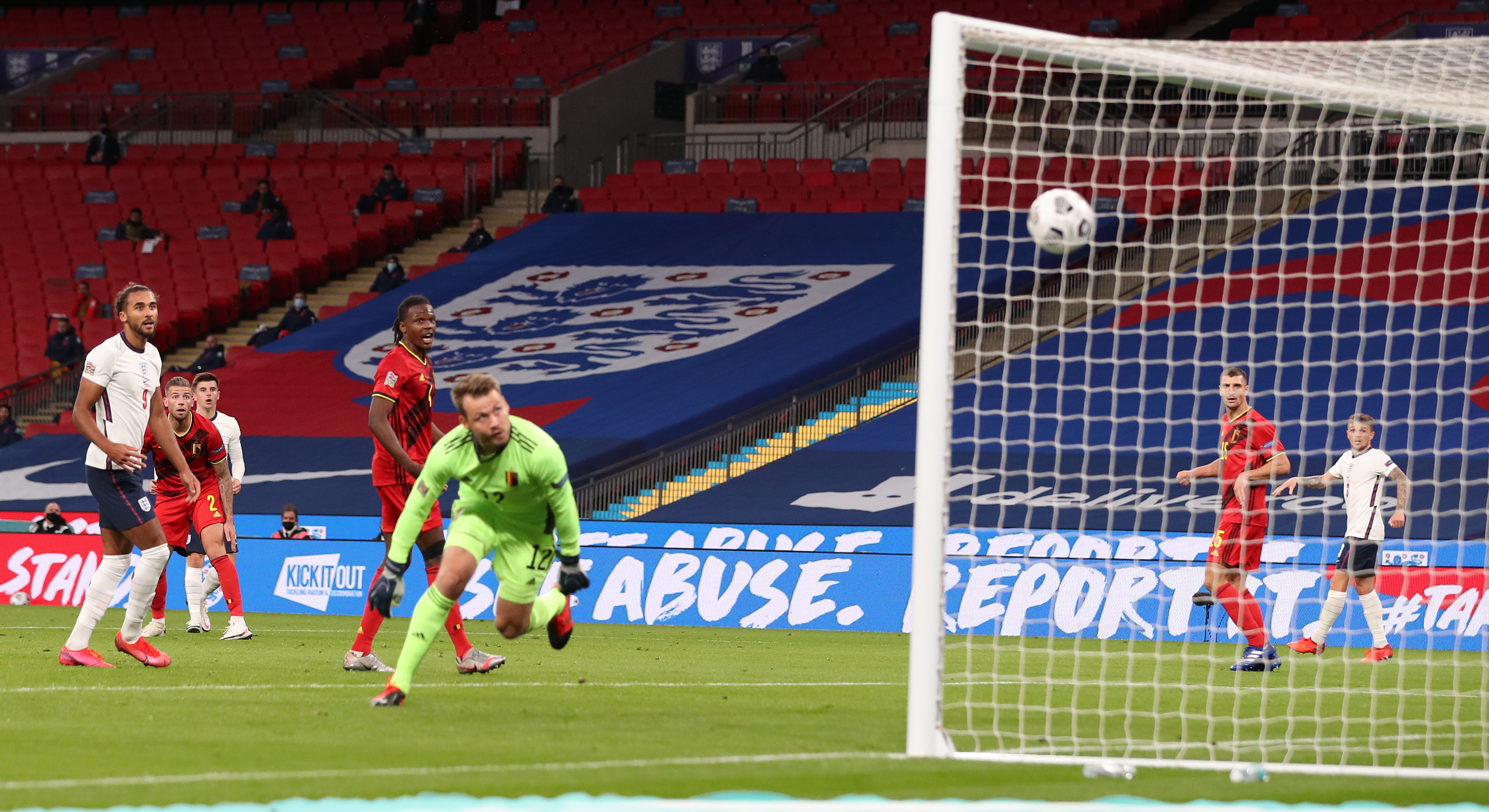 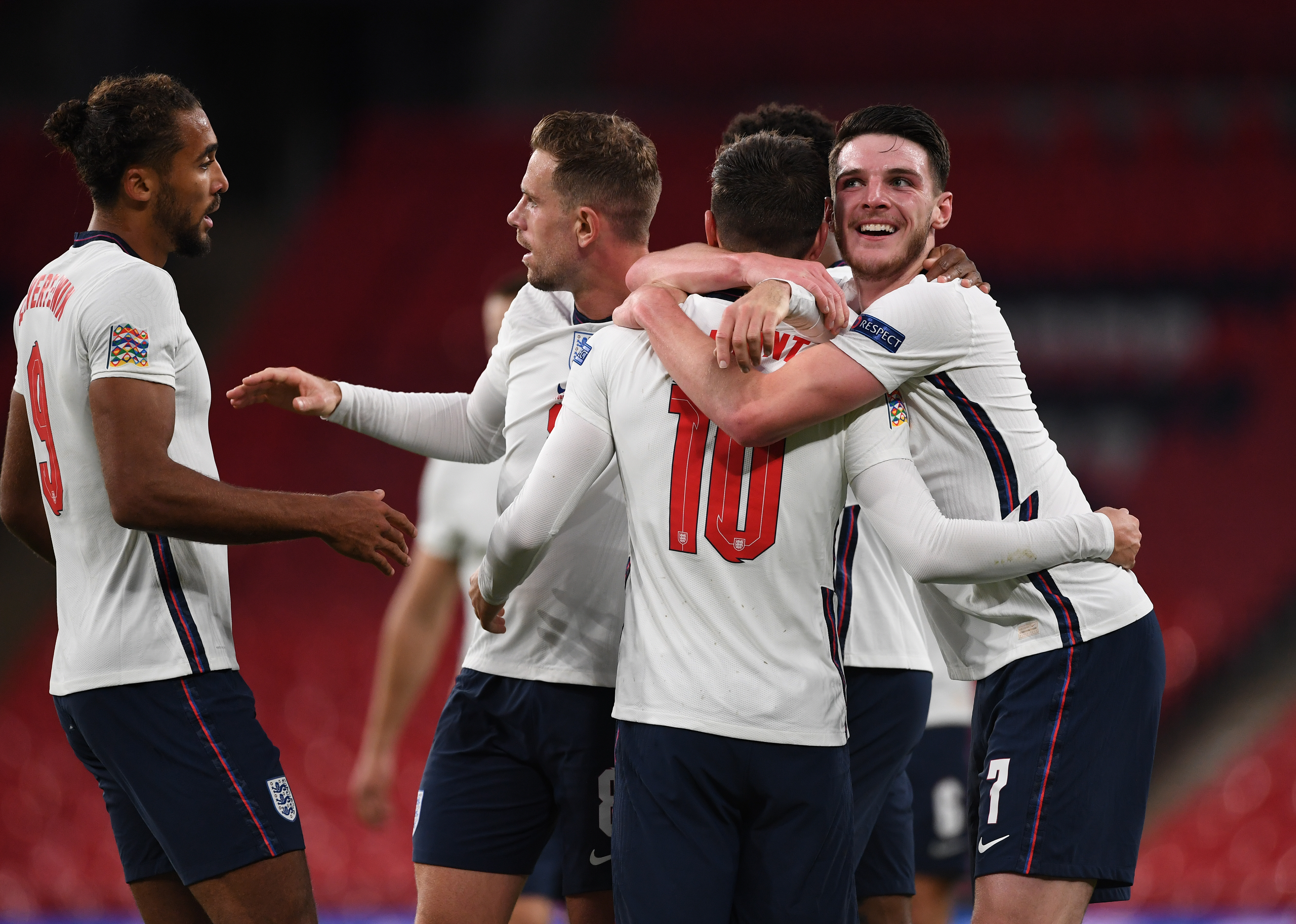 Topped off an excellent week off the pitch with a solid showing on it.

Bright first half and dispatched penalty with aplomb to draw England level after half an hour.

Gave Belgium headaches throughout but should have wrapped up the win late on when he fired over after Rice's superb through-ball. 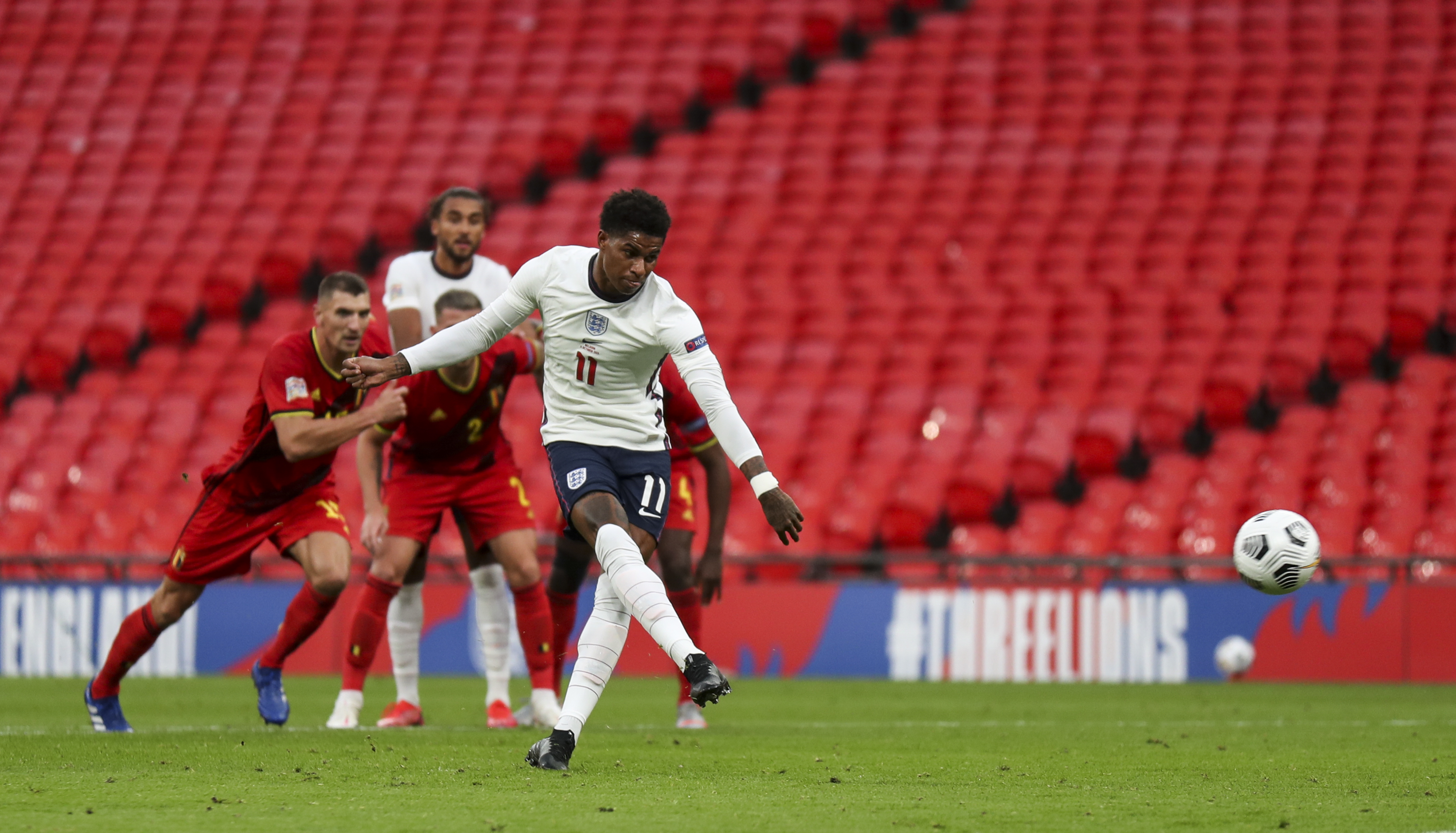 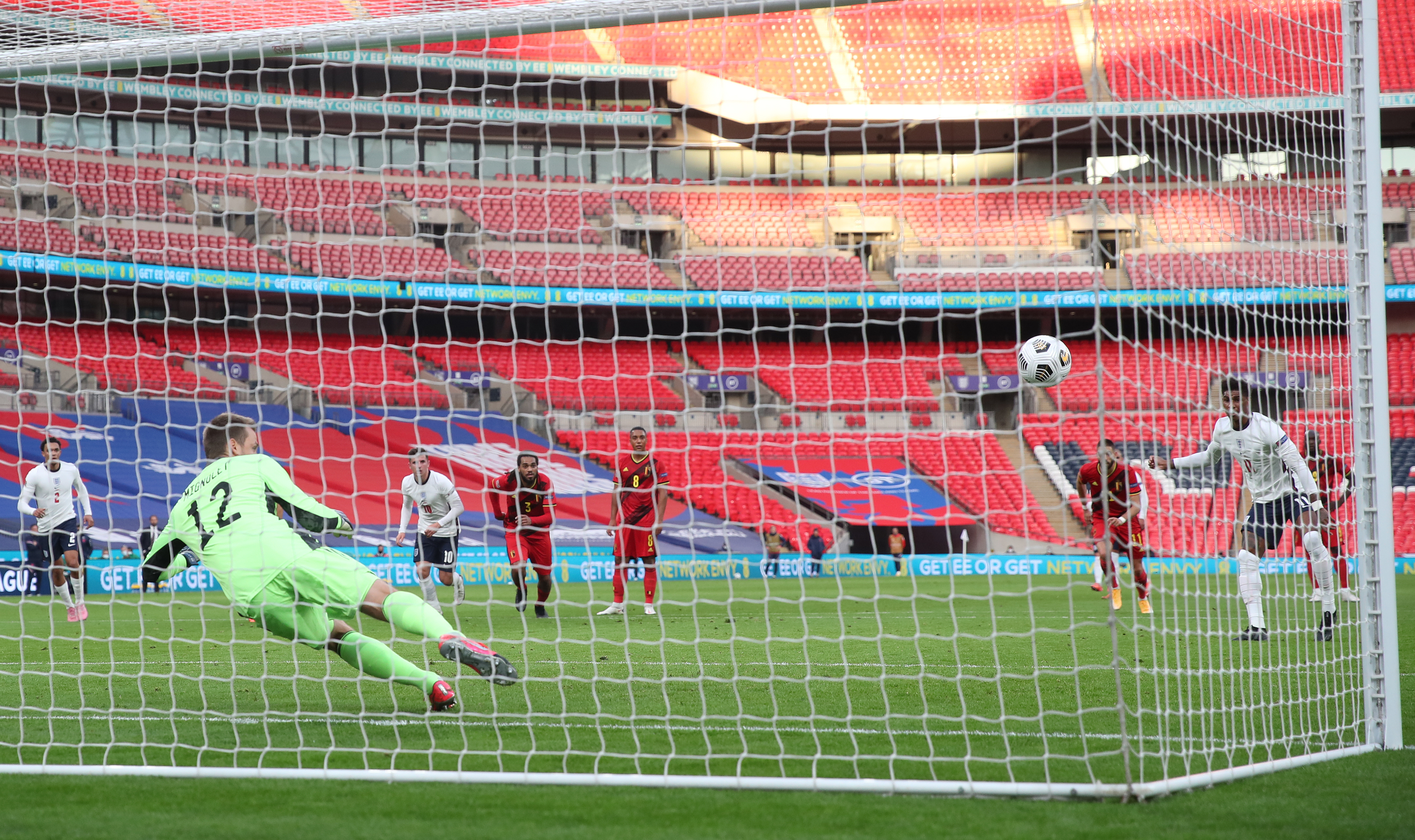 Solid hold up play in place of Harry Kane.

Limited to half chances throughout and it just wouldn't fall for him.

Replaced by Kane as England went 2-1 up.

Busy when he came on as he attempted to quell Belgium's comeback attempt.

Missed a sitter with ten minutes to go.

Glanced a free header wide from seven yards when he should have buried the excellently delivered corner.

Shored things up at right-back after Alexander-Arnold had looked vulnerable going backwards.

Not enough time to make an impact. 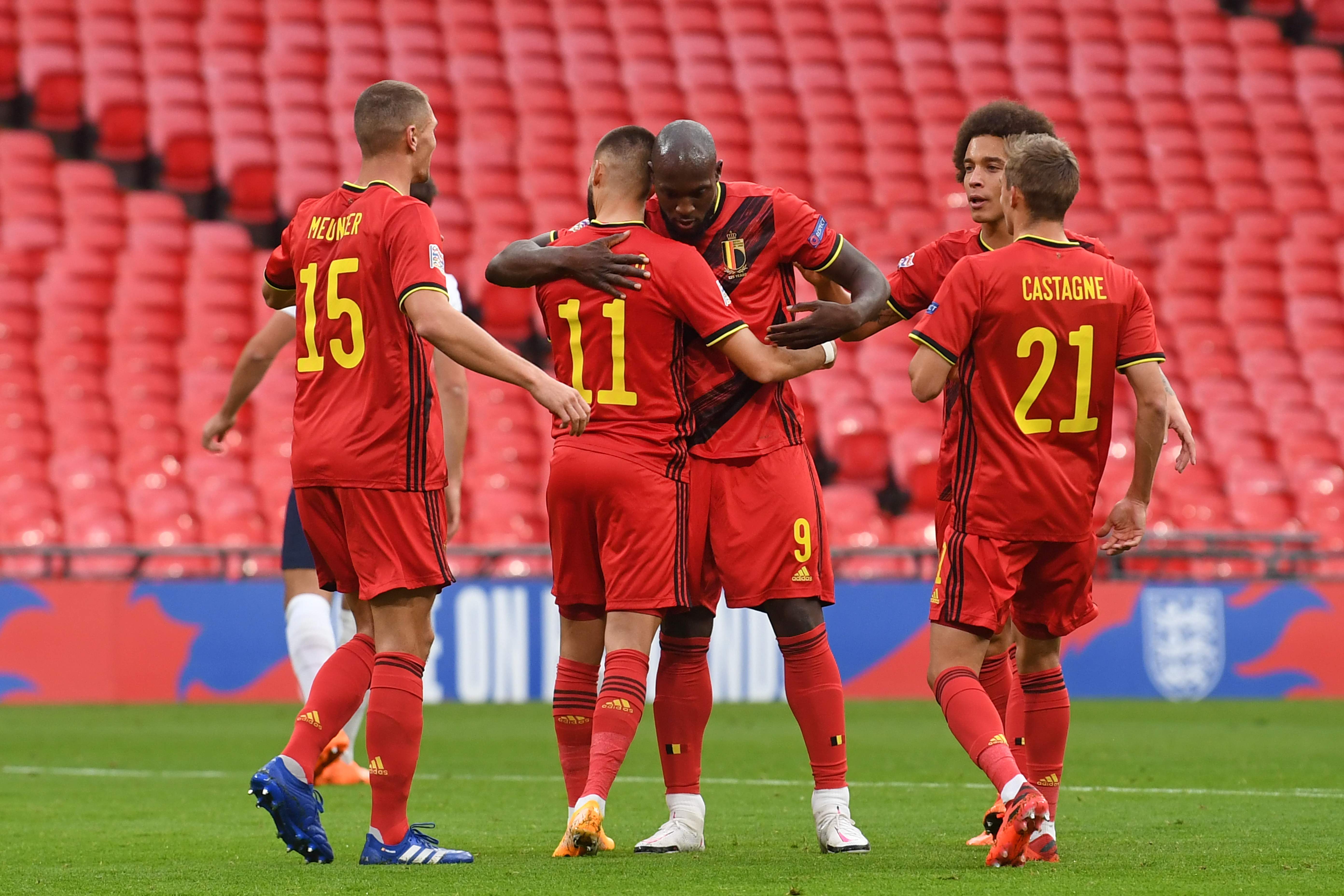