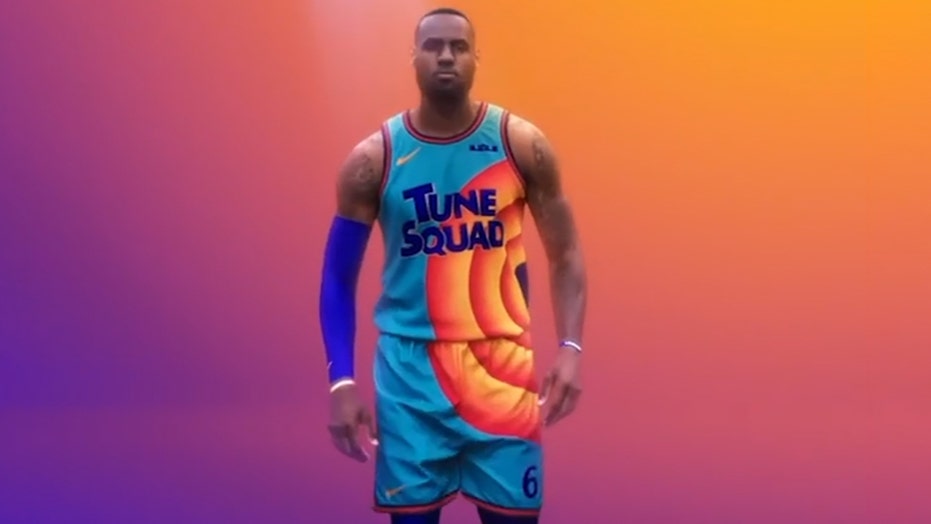 Hollywood Nation: NBA superstar LeBron James reveals the new Tune Squad jersey he’ll be wearing in ‘Space Jam: A New Legacy’; Tyler Perry set to receive a special trophy from the Television Academy for his achievements in TV and commitment to offering opportunities to marginalized communities through his charity and other endeavors.

Los Angeles Lakers superstar LeBron James had harsh words on Thursday after an ESPN analyst compared his game to that of Scottie Pippen, Michael Jordan’s longtime sidekick during the Chicago Bulls dynasty of the 1990s.

The incident arose after ESPN’s Richard Jefferson argued that Milwaukee Bucks forward Giannis Antetokounmpo “might be a Pippen” after his team dropped the first two games of their playoff series against the Miami Heat. In response, ESPN analyst Jay Williams said that “LeBron was a Pippen” to former Heat star Dwyane Wade during their days playing together in Miami.

James, 35, clearly disapproved of that comparison and fired back at Williams on Twitter.

“Explain to me what the [expletive] I gotta do with this subject matter!” James wrote on Twitter. “I’m over here minding my damn business preparing for Houston. And by the way I ain’t never been nobody but my damn self!”

Pippen won six NBA titles in an eight-year span while playing alongside Jordan with the Bulls. During his stint in Chicago, Pippen established reputation as a superstar in his own right and one of the NBA’s most versatile players.

James has more frequently drawn comparisons to Jordan during his lengthy NBA career with the Heat, Lakers and Cleveland Cavaliers. A three-time NBA champion, James has won the league’s Most Valuable Player award four times.

Williams sought to clarify his point in a response to James’ tweet.

“I never stated you were anyone other than LBJ,” Williams wrote. “I know who you are & I have also publicly stated where I stand on your place in history. I was describing a feat that you accomplished in order to be where you are today in relation to where Giannis currently is. We all learn & grow.”