Home » Lifestyle » Leigh Davenport Is Ready To ‘Run The World’

Leigh Davenport Is Ready To ‘Run The World’

Leigh Davenport has always loved being a writer, but there was a point where she hit a wall in the editorial world coming up against the pace of digital journalism.

Now, the editorial director-turned-screenwriter is moving at a pace all of her own as the showrunner and creator of STARZ’s newest hit series Run The World, premiering May 16. 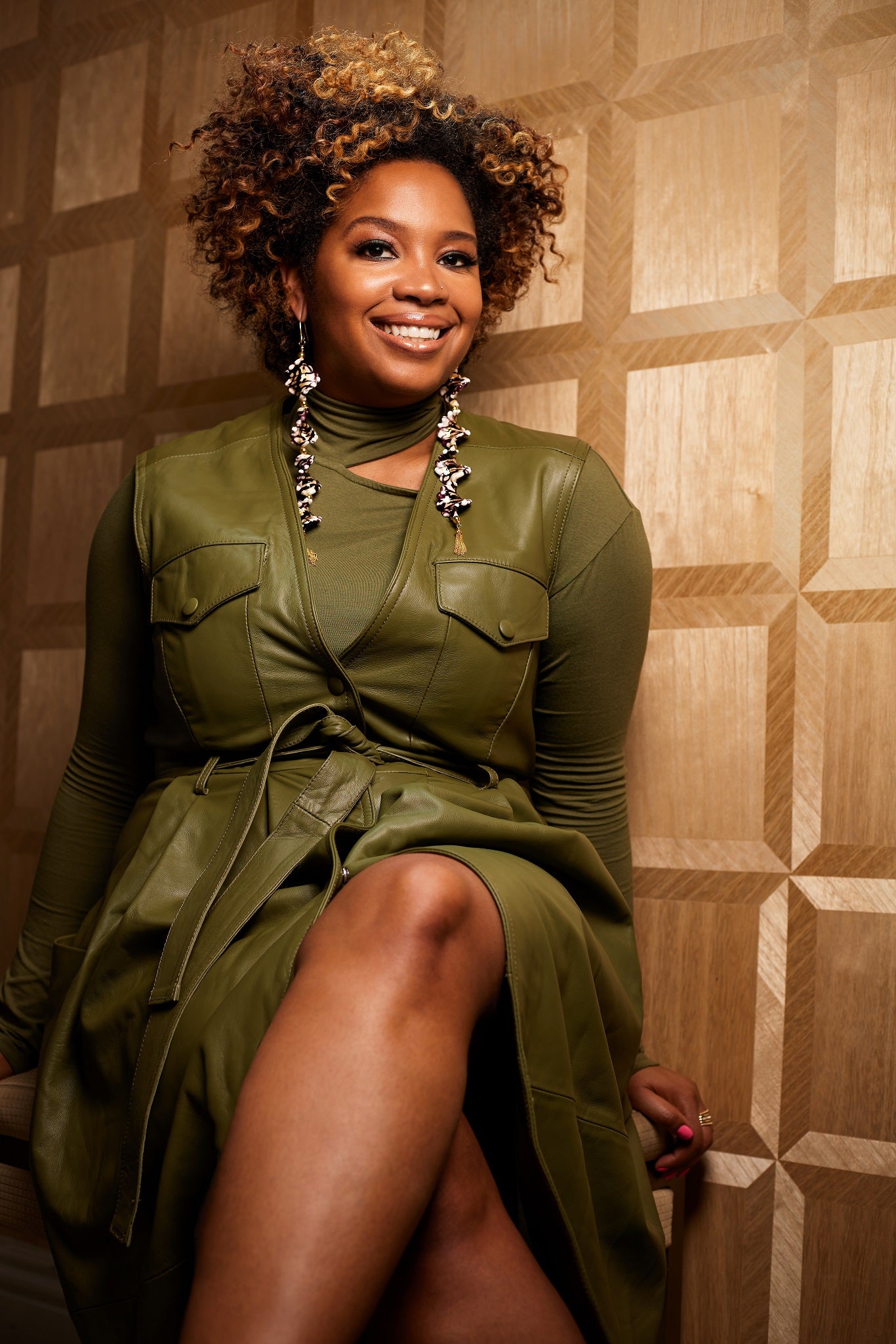 Unbeknownst to the rest of the industry, Davenport’s latest television project wasn’t a fly-by-night thing. In fact, she had been working on it for the past 10 years as a side venture that she would occasionally breathe life into until it was time to go back to her day job as the editorial lead at HelloBeautiful.com. After a while, the idea screamed louder and louder in her mind and Davenport knew that it was time to go full-throttle and move her passion project into production.

“I did some meditating, some praying, and some silence, and it wouldn’t leave me,” she said passionately. “It was just making itself very clear to me that it was time for me to move forward to a new journey, a new time in my career.”

Before she knew it, Davenport had packed her bags and moved to Los Angeles. Starting over in a new city with no job in your early 30s would be a scary experience for anyone, but Davenport was determined to come out swinging as a writer in a town where everyone has similar aspirations.

“It was really a mindset change,” she explained of manifesting her goal of becoming a screenwriter. “This is who I am now. I have to say it, I have to believe it so other people will hear it and believe it. It doesn’t matter that I’ve moved to the land where everyone has the same dream. You have to have a commitment and a passion [for] your own dream. Just believing that you can go do something like this in a place that’s so competitive and rich with talent, it’s pretty terrifying.”

Though she was switching lanes from one form of writing to the other, Davenport said that a lot of her editorial skills were transferable from the web to TV. Her experience in entertainment journalism and unscripted television taught her about editing, music placement, and composition. “It’s so funny how your life builds and really every kind of job that I ever had before in some way was preparing me for this one,” she laughed. “I felt like I was doing something new that was full of all the components of all of the things that I had done before.” She credits her time at HelloBeautiful specifically for teaching her about team management and community building. 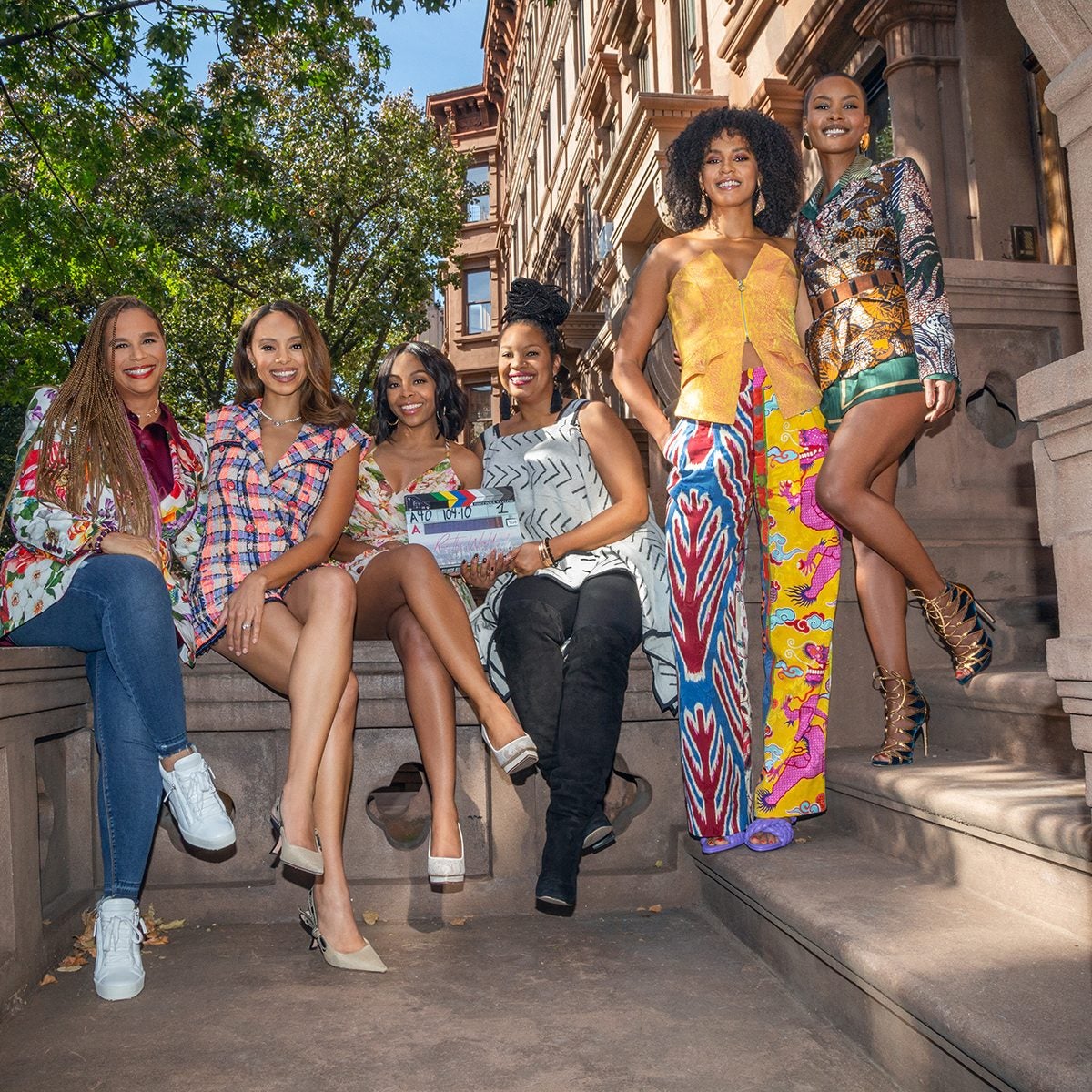 During the developmental phases of Run The World and creating test tapes with friends in Harlem, people always told Davenport that she had something special on her hands. Though the compliments were great, she knew the show wasn’t ready to be taken to the next level just yet. Once she relocated to the West Coast, she spent an entire year writing, implementing feedback notes, and entering coverage contests. “[I was] just doing everything I could to make sure that I understood how to put what I needed to put onto the page and how to create a series.”

Her Spelman sister, who was in development at NBC at the time, later read Davenport’s script and brought it to her team. After they fell in love with it, Davenport was introduced to Yvette Lee Bowser, who is now executive producer of Run The World.

“She believed in my voice and believed in my vision,” said Davenport who called the partnership with the veteran writer and producer a “perfect match.” After the two put their heads together to pitch packages for Starz, they were hungry to show the executives what they had in store. Daria Overby, an executive at Starz, championed the series before the duo even made their first presentation.

“They didn’t bat an eye. They got the show, they believed in it; they believed in my voice and my weird sense of humor,” Davenport said of her pitch. “Obviously it felt like they had a dream team with Yvette and I. Then we were off to make pilots and do all of the fun stuff.”

As a show for and by Black women, Davenport admits that her Spelman sisters made Run The World what it is today. The show was inspired by her own post-grad life with her girlfriends as they moved to the Big Apple while tackling dating, career ambitions, and sisterhood as modern-day millennials. Not since Living Single in 1993 did Davenport recall seeing positive images of Black women in New York City. Thankfully, Run The World is painting a narrative of Black women who are funny, witty, smart, successful, and relatable in ways we haven’t seen on television before.

“Our images of modern New York City women were primarily Sex in the City. I think Girls came out a few years after we arrived, but no one had seen us doing our thing and be in the cityscape of New York.”

Recalling the time when reality television was at its peak, Davenport noted she wasn’t a fan of the portrayals of Black women and wanted to offer an alternative.

“Why aren’t we being celebrated for being awesome? It just felt counter to what I was living which was a very full life with tons of beautiful, amazing women, mentors, and this range of wholeness that hadn’t been on screen,” she said. “That’s what I wanted to do. Once I decided that it needed to be done, I was like a dog with a bone. I’m going to make this. I’m going to do this for us.”