LEON EDWARDS has revealed what Nate Diaz said to him after his bloody victory over the American.

The Englishman staked his claim for a crack at the welterweight title by securing the win – but he had to survive a late scare. 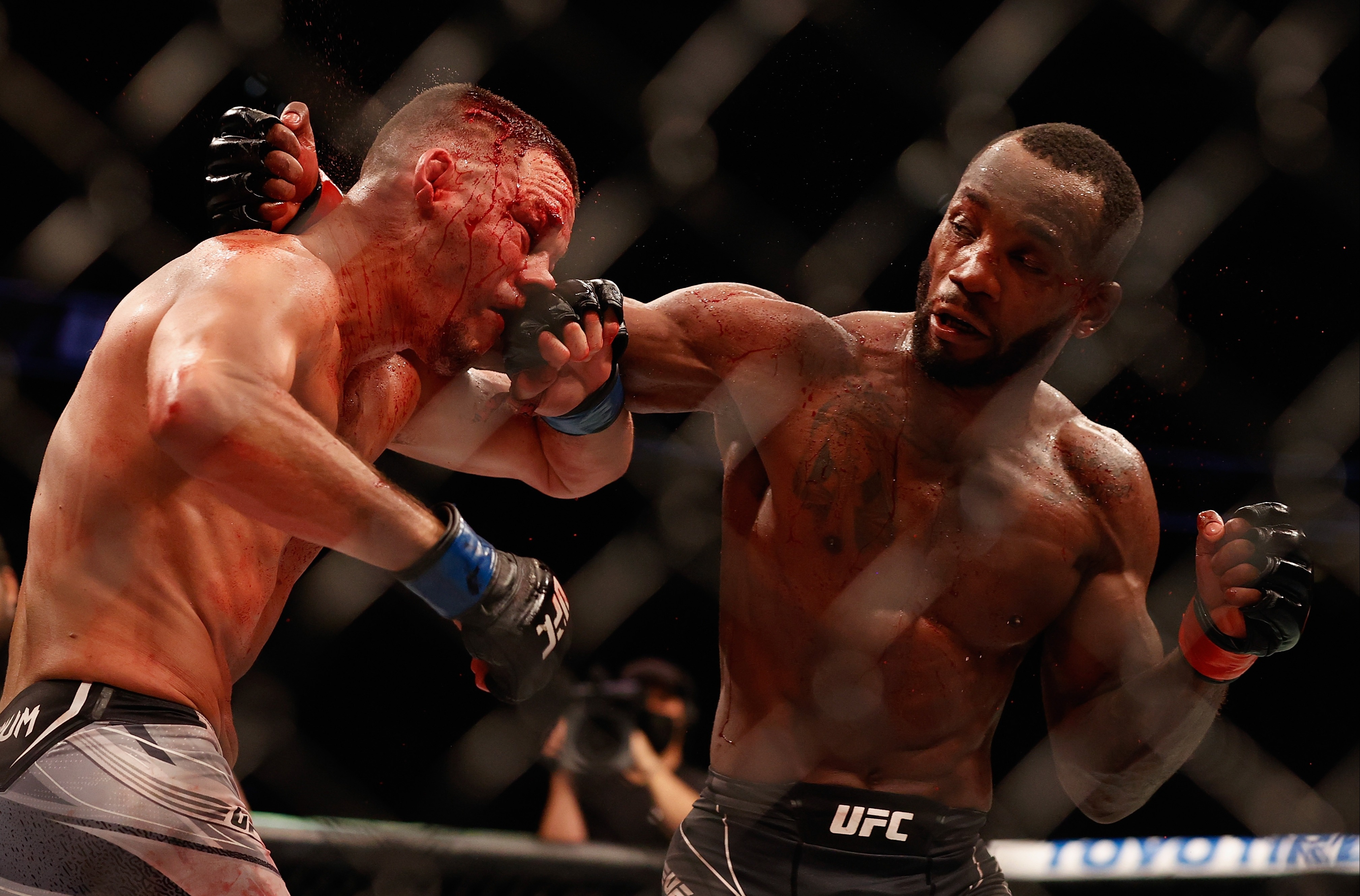 The pride of Birmingham locked horns with the fan favourite at UFC 263 on Saturday night just days after a potential crack at Kamaru Usman's belt was dangled in front of 'Rocky'.

He grabbed that opportunity with both hands by putting on a clinic against the former UFC lightweight title challenger.

And that secured him the unanimous decision.

Now Edwards, 29, has taken to Twitter to reveal what Diaz said to him after their battle in the octagon.

He wrote: “Nate told me after the fight ‘don’t let these motherf***ers tell you ain’t s**t name your price or they will name it for you’ and I felt that.”

Edwards opened up two nasty cuts on the Stockton slugger with elbows from top position.

Ref Herb Dean briefly stopped the fight due to a cup issue for Diaz.

Edwards went to touch gloves after the restart but saw Diaz slap his hand away.

The Jamaican-born Brit continued to enjoy the better of the exchanges and looked on course to get the decision before he suffered a scare late on.

Diaz cracked him with a one-two through the guard.

Edwards' legs buckled and the Gila River Arena erupted in anticipation of a huge upset.

Edwards immediately went into retreat mode as Diaz desperately sought to land one final shot to pull off an unlikely victory.

But he was unable to land the killer blow and steal victory from Edwards' grasp.

All three judges scored the fight the same, turning in 49-46 scorecards.