LEWIS HAMILTON wants to keep crushing the opposition – despite having already won the title – because ‘it is in his DNA’.

The world champion wrapped up his seventh title last out by winning the Turkish GP. 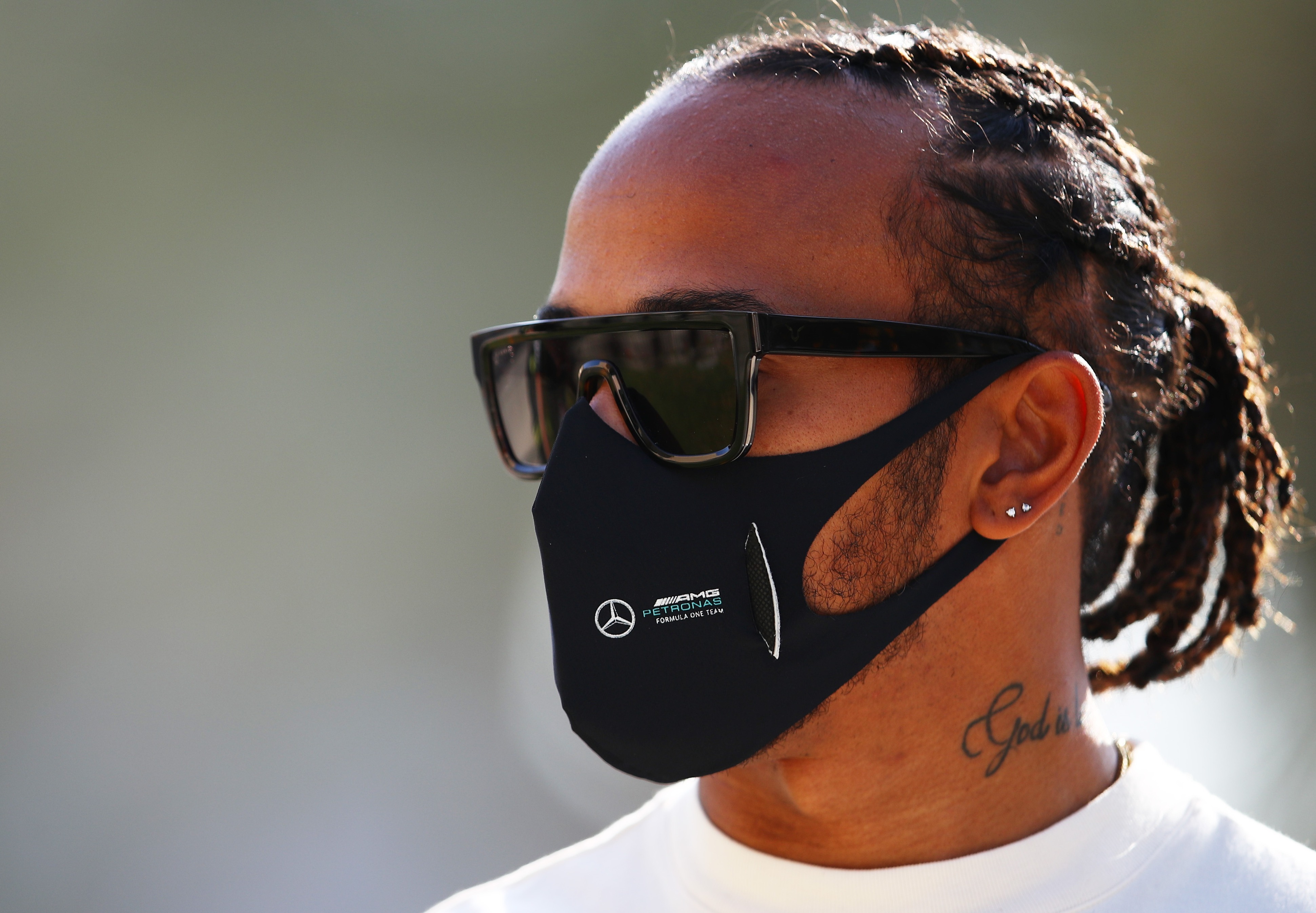 But he started on the front foot in Bahrain for this weekend's GP by setting the quickest time in first practice.

And the 35-year-old says he has no intentions of taking it easy as he chases his 11th win of the season.

He said: "Winning is what we exist to do. It's what we all work to do, what every single person in the team works towards.

"We still have work to do, we have incremental improvements to work on. Every opportunity we get to be on track, we are still challenged and learning and developing, we're on a constant journey to try to improve.

"It is not easy to do when we have had the success we have had. But we all love that challenge and I love how it unifies us. We are constantly evolving in how we work as a team.

"It is in my DNA. It is how I'm wired. I love that challenge, coming to another race where the pressure is different and the focus is on getting the best out of this weekend.

"How can we extract more, learn more, almost use them as test races, so we can apply what we learned this year into next year's car?"

Hamilton has yet to sign a new £40million a year contract with his Mercedes team, however, he says it is only a formality.

He has also closed the door on a move to Ferrari, despite admitting having held conversations with Ferrari's chairman John Elkann last winter.

He added: "I was never close at all to ever leaving my team. I think it's only right that as drivers and as people when you're looking at your next phases and committing to periods of time in your life.

"You have to analyse what your options are and make sure you have done your due diligence and have the pros and cons.

"I don't know that our values are aligned, and timing… it just wasn't meant to be. I'm not bothered by it. I'm so proud and grateful for the journey that I have with Mercedes.

"I think this is the only team in the history of the sport where you're long-life family member.

"If you look at all the greats who have been there their whole lives, they've been a part of Mercedes, the Mercedes brand. You're part of the road of evolution and they include you in the family forever.

"So that's something, that's loyalty, which I have tattooed, which is a huge part and such an important value to myself."

Meanwhile, he has also waded into the debate over F1's promised salary cap to limit drivers' wages.

F1 is investigating the idea of limiting teams to a kitty of £22.5million to spend on both their drivers from the 2023 season.

And Hamilton says that model is failed because in other US sports where wages are limited, the sports stars can negotiate their own sponsorship deals – unlike in F1 which is far more restrictive.

He said: "The drivers here are the stars of the sport. They're the ones who bring their brands, and their reputation helps elevate the sport, and help [brands] travel around the world.

"If you look at other sports, there have been salary caps, I think the one difference is that those places the individuals own their image in many areas so then they can try to maximise their image elsewhere.

"But this sport controls pretty much the driver's image."