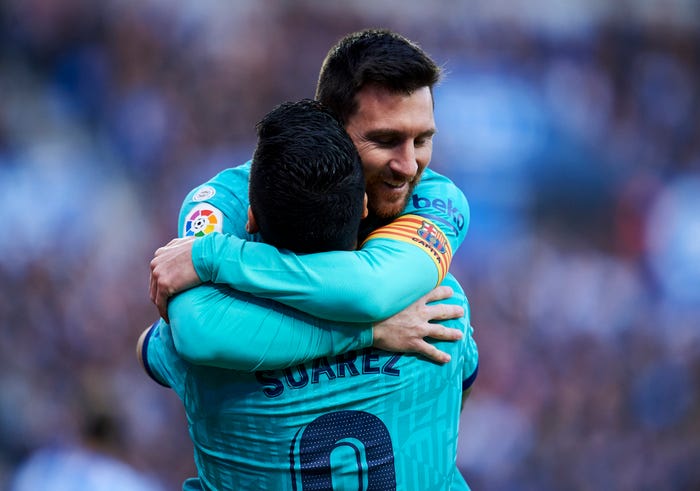 Lionel Messi has slammed FC Barcelona for its treatment of club legend Luis Suarez, who signed for rival club Atletico Madrid on Wednesday.

Suarez, who scored just shy of 200 goals and won 13 major honors during his six year stay at the Camp Nou, was told by new head coach Ronald Koeman that he was no longer needed at the club by way of a short and brutal phone call in August.

After a proposed move to Juventus fell through, the Uruguayan penned a two-year deal with Atleti on Wednesday.

"You deserved a send-off matching who you are — one of the most important players in the club's history, achieving important things both as a group and individually," Messi said in a lengthy Instagram post on Friday.

FC Barcelona's summer of chaos continues despite Lionel Messi agreeing to stay, with club directors now threatening to quit over another transfer saga

Lionel Messi ran the show for Barcelona as he returned to action after the messiest transfer saga in history, scoring 2 goals and setting up another

The English Premier League is back. Here's a team-by-team guide to the world's biggest soccer league.