Home » Lifestyle » Liz Jones's Diary: In which I wonder why I try so hard

Liz Jones's Diary: In which I wonder why I try so hard

Liz Jones’s Diary: In which I wonder why I try so hard 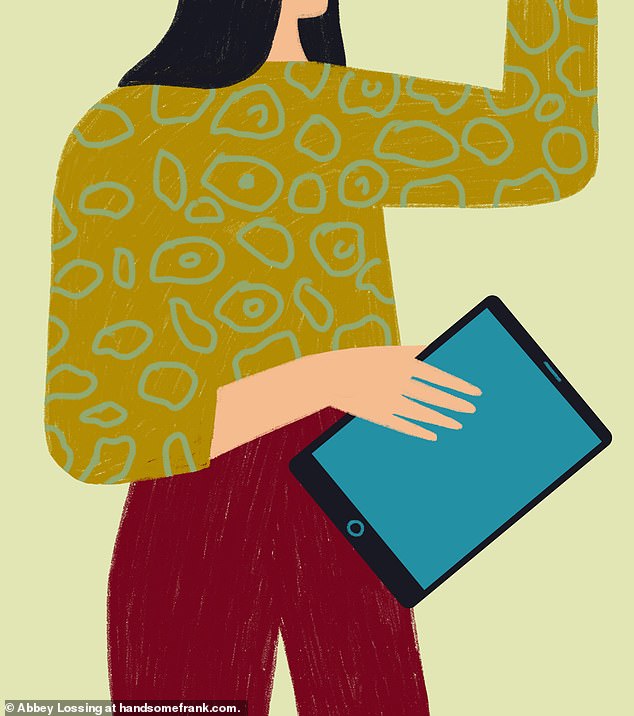 On Saturday morning, I retrieved David’s iPad from where I’d left it, propped outside my front door, given he drove off after less than four hours, having hurled abuse at me. You know you are over someone when you can’t be bothered to unfurl their iPad and try to crack the password.

It took three days for him to send an apology. ‘Firstly, I apologise for my language, it’s unacceptable. I’m sorry. I just cannot stand being shouted at, especially over such trivial things. I’m like Gracie: I run away from conflict. That’s all I wanted to say.’

I replied. ‘Trivial! You took my dog leads! It was pitch black: they could have been killed! Truth is you are ashamed and frustrated that you can’t walk 50 yards! I spent two days getting ready. I even went to Tesco! And everything you said was negative. Your fridge is bigger. Where’s the ice? Is that the same cooker? How dare you come into my home and upset me.’

I asked, again, why he got in touch by sending me a birthday card and a one-wick candle. For all he knew he was scuppering my new relationship.

I don’t know why men don’t notice how much effort we make on their behalf. When I was married and living in Islington, I bought a porcelain chandelier from Abigail Ahern. It was fragile and beautiful. I went into the bedroom one day and saw it shattered in a million pieces on the floor. My husband had simply walked into it. ‘I just didn’t see it,’ he said. He must have felt it break, heard the pieces crash to the floor, but he hadn’t bothered to sweep them up.

I don’t know why I always make such an effort. An inferiority complex, I suppose. I’ve just been on the Selfridges website, browsing its vintage collection, and spied a Helmut Lang cut-out elbow blazer from 1997, now selling for more than a grand. I bought that blazer from Joseph on Old Bond Street just before I flew to Minneapolis to interview Prince for my newspaper and for a subsequent book. It ate up most of my small advance, but I felt I needed something new in which to meet him. When I was asked to commentate on the Obamas’ state visit to Buckingham Palace for the BBC, I bought an Alexander McQueen trouser suit. Sent to the Oscars, on a free afternoon in LA, I went to Barneys and bought Manolo Blahnik shoes and a Jil Sander duster coat to wear over a sequined shift by Ashish. I so loved reporting from the Oscars, finding out that stars at the Vanity Fair party are just like the rest of us: Kate Winslet nursing a champagne flute, absolutely no one to talk to. Liv Tyler arguing with her husband about who should relieve the babysitter.

When I was sent by this newspaper to report on the funeral of Jade Goody in Loughton, I wore a black frock coat by Suzannah. Filing my copy in a Premier Inn nearby, surrounded by male journalists in trainers and car coats, all eating and drinking as much as they possibly could on expenses while I was frantically trying to concentrate in order to do Jade justice, I could tell they thought I was an idiot.

Always, after I file, I am a quivering wreck while I wait for the verdict. I sat there, checking my phone every few seconds, too stressed to eat, too nervous to leave. I remember the text from the editor: it remains the most glowing review of my life. I should have learnt to bask in my glory. To relax. Not try so hard. I should have had that review framed. I should never have put in an effort for David. When I provoked a Twitter storm recently, saying two very famous female columnists on a Zoom book launch should have dressed up, one replied, ‘I’d had a shower!’

That’s the attitude, ladies. That will be my mantra from now on.

Join Liz and her trusty (long-suffering) assistant Nicola as they dissect her weekly YOU magazine diary and delve into the archives to relive the bust-ups, betrayals, bullets… and so much more in this brilliant podcast. They’re outspoken, outrageous and utterly hilarious. Find it now at mailplus.co.uk/lizjones, iTunes and Spotify.