Home » Lifestyle » Machine Gun Kelly Admits Megan Fox Was His Teenage Dream, He Had Her Poster On His Wall

Machine Gun Kelly Admits Megan Fox Was His Teenage Dream, He Had Her Poster On His Wall

The “drunk face” singer sat down with GQ for its August issue and explained what his teenage fantasy was, which happens to be the very life he’s living now.

“You know what the dream was? It was exactly what happened to me [this weekend], which was to go to an awards show, shut down the carpet, go onstage, accept an award,” said the 31-year-old artist, whose given name is Colson Baker.

A few days prior to the interview, Kelly had won the Billboard Music Award for Top Rock Artist.

“I saw a British GQ article that came out this morning that basically was like, ‘Despite the fact that BTS was there, The Weeknd was there, Drake was there, the talk of the show was [us],’” he said, alluding to he and girlfriend Megan Fox.

The interview notes that Kelly has the Decepticons logo from Transformers tattooed on his arm and even had a poster of Fox, who starred in the 2007 “Transformers” film, on his bedroom wall as a teen. A classmate of his even told the publication that Kelly claimed he’d marry Fox back then.

Kelly asked Fox for confirmation that “it was the GQ poster, right?” and added: “It was from her GQ shoot. So that’s some full-circle shit.” 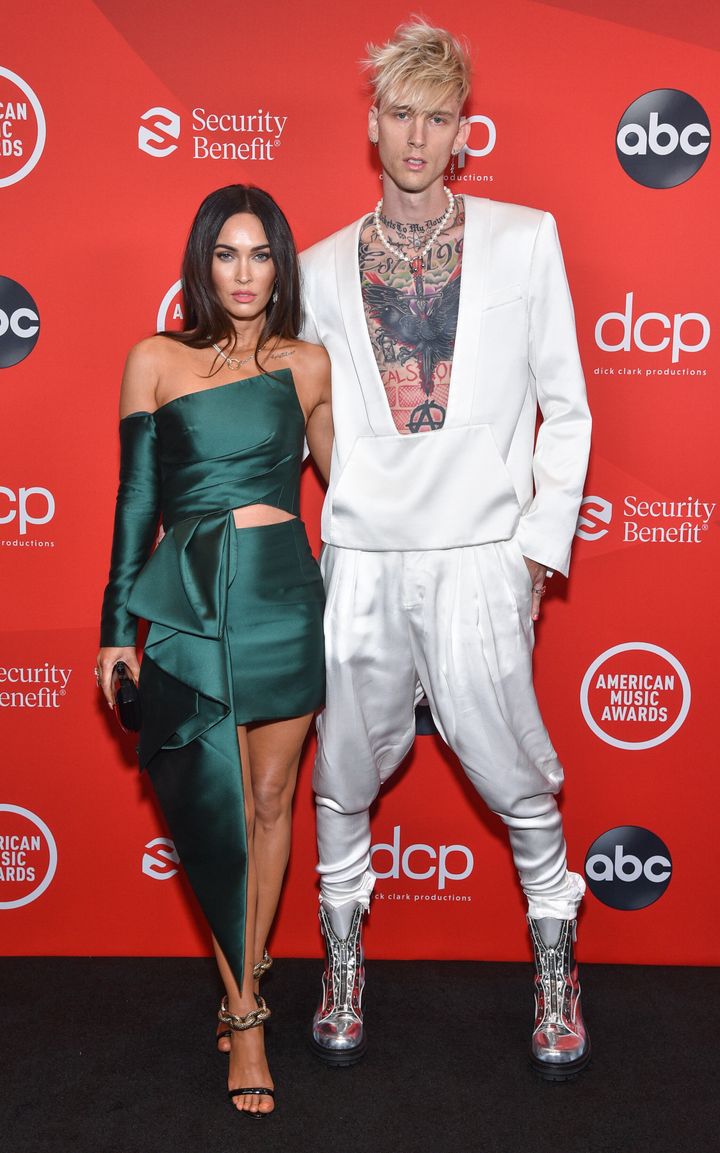 The now-loved-up duo have been an item publicly since last year, having met on the set of the film “Midnight in the Switchgrass.”

“I knew right away that he was what I call a twin flame. Instead of a soul mate, a twin flame is actually where a soul has ascended into a high enough level that it can be split into two different bodies at the same time. So we’re actually two halves of the same soul, I think. And I said that to him almost immediately, because I felt it right away,” Fox said in July 2020 of their instant connection.

Anyone else suddenly want to make a vision board for themselves?