Magic of Christmas will be lost if Cinders doesn’t go to the ball: ARLENE PHILLIPS says Britain’s theatres must get fully up and running very soon

Sadly, there is a depressing prospect that Cinderella won’t go to the ball and the Prince won’t kiss his Sleeping Beauty at Christmas this year – if our theatres can’t get fully up and running very soon.

And that would be a disaster. Not just for families but for the many regional theatres, which hold a key place in the hearts of local communities and which are already close to going bust because Covid-19 has brought the curtain down across the country.

Indeed, thousands of people face losing their jobs if there is no work available to help stage, perform and promote these spectacular, fun-filled performances that we all love so much. 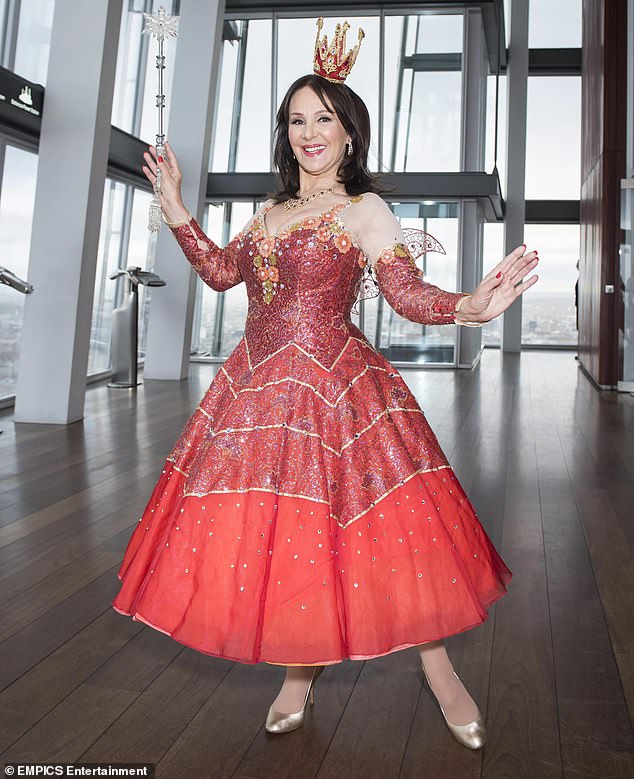 Even with the brilliant £1.57 billion help that the Government has given the arts, our theatres are still heavily reliant on the money they make from Christmas shows to get through the rest of the year. Three million tickets are sold every pantomime season, generating more than £60 million.

On Friday, the Prime Minister expressed his hopes ‘for a more significant return to normality, possibly in time for Christmas’ – and the country certainly needs a bit of cheering up.

And what better way than watching a panto? Everyone loves them. So let’s get those theatres ringing with laughter and applause again and send a glorious signal that Britain is getting on with life!

I was five years old when I first fell in love with pantomime, as a little girl in Manchester.

Our glamorous Uncle Ralph, who used to go back and forth to America to do work none of us understood, took me and my siblings to see Dick Whittington – and it was a revelation. I was an introverted little girl and the panto was very noisy, but there was also dancing and singing and children going up on stage and free sweets being thrown to the audience.

I thought it was a wonderful, extraordinary fantasy life unfolding before my eyes. My younger sister was quite unsure and I remember putting my arms around her, because we had never seen anything like this in our lives.

For some children, panto is their first experience of seeing and falling in love with something that can change their life.

I went on to be a choreographer in the West End and on Broadway, starting the legendary dance troupe Hot Gossip, and later I became a judge on the hit TV shows Strictly Come Dancing and So You Think You Can Dance.

I even starred in pantomime myself – by a happy coincidence that was in Dick Whittington, too.

I played Fairy Bow Bells at the New Wimbledon Theatre in 2016, alongside Matthew Kelly as the Dame and comedian Tim Vine as Idle Jack. My costume was an astonishing red dress hung with jewels. 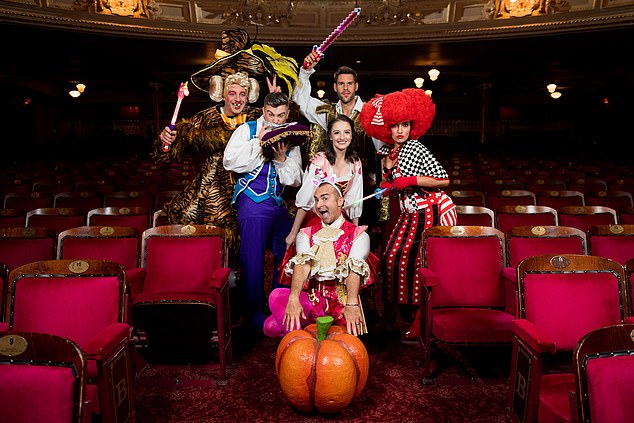 Not being used to performing on stage in front of hordes of children, I was nervous, but I got them all up to dance to The Sailor’s Hornpipe.

When we took the bows at the end, the older ones in the audience stood up and cheered, while the little ones screamed and shouted above the applause. The noise was unbelievable. I was really emotional. They were captivated, just like I had been as a little girl.

For the truth is that every child benefits from the experience of movement, music, comedy, outrageous costumes, a story coming to life and something that sparks the imagination.

For many youngsters, it is one of the best things that happens to them at Christmas, the most joyous and wonderful experience that brings everyone together, regardless of their age or background.

People sometimes say that theatre is elitist or they are made to feel it’s not for the likes of them. How very wrong. Everyone is welcome at pantos and they open up theatre to those who have never dreamed of going to one before.

Make no mistake, the health of the arts is vital to our society and to our culture. So what’s the problem? The producers who put on pantomimes need time to get casts signed up, sets designed and built and costumes made, and time for all the many other preparations such as publicity and advertising that have to be done months in advance.

Of course, there is also the important question of how we can put on panto with social distancing. I’m no expert, but I do know that our stage managers are some of the most brilliant organisers in the country. They can find a way. At least let them try.

So we really, really need Aladdin to rub his lamp right now and make our dreams come true.

Come on Boris, give the nation the lift it needs by helping to reopen the theatres safely and telling all of us passionate panto people: ‘I’m behind you!’

END_OF_DOCUMENT_TOKEN_TO_BE_REPLACED

END_OF_DOCUMENT_TOKEN_TO_BE_REPLACED
This website uses cookies to improve your user experience and to provide you with advertisements that are relevant to your interests. By continuing to browse the site you are agreeing to our use of cookies.Ok