MARCUS RASHFORD was forced out of Sunday's Manchester derby after suffering an ankle injury.

Moments after failing to make the most of an opportunity in attack, the striker eagerly chased down a Manchester City counter. 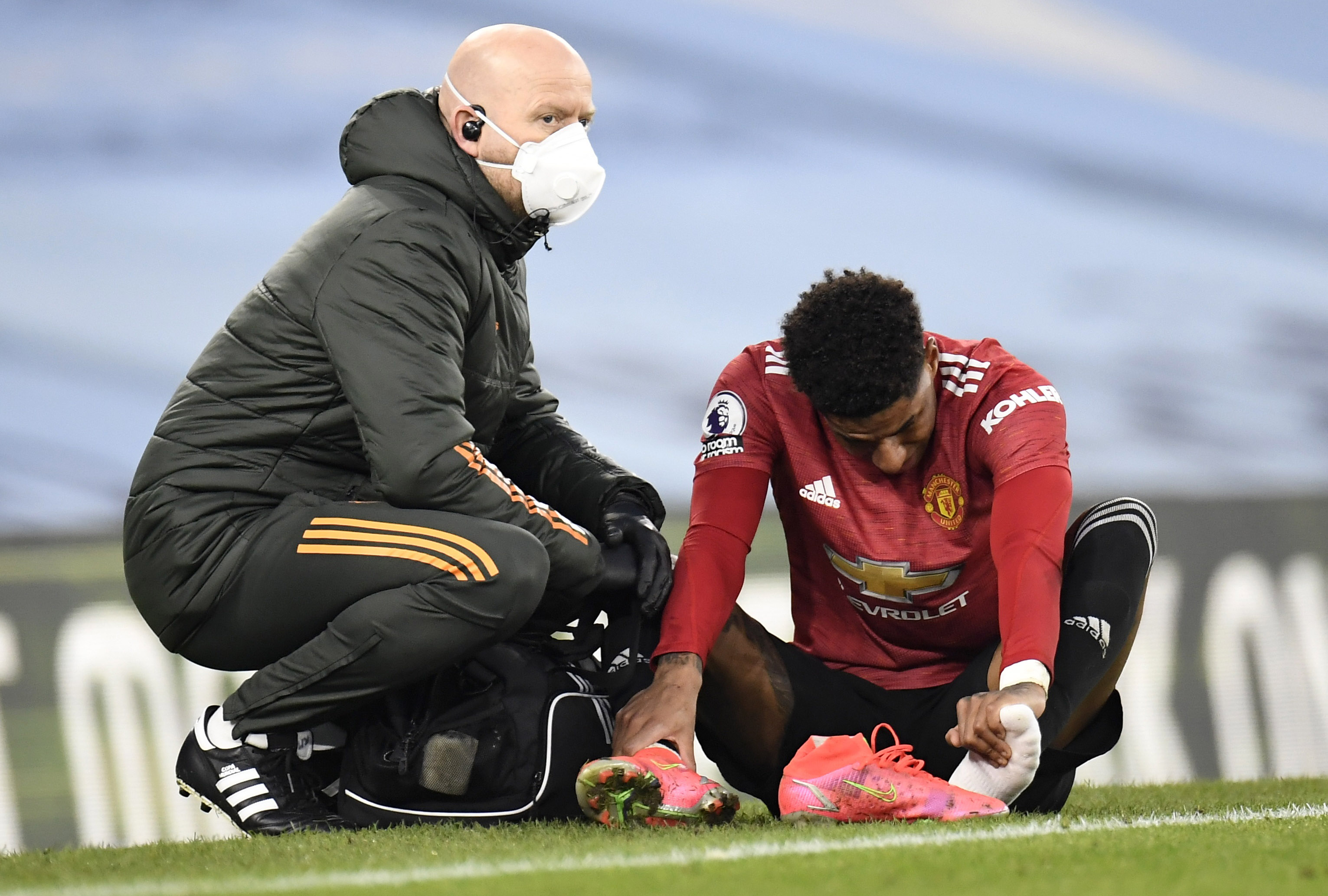 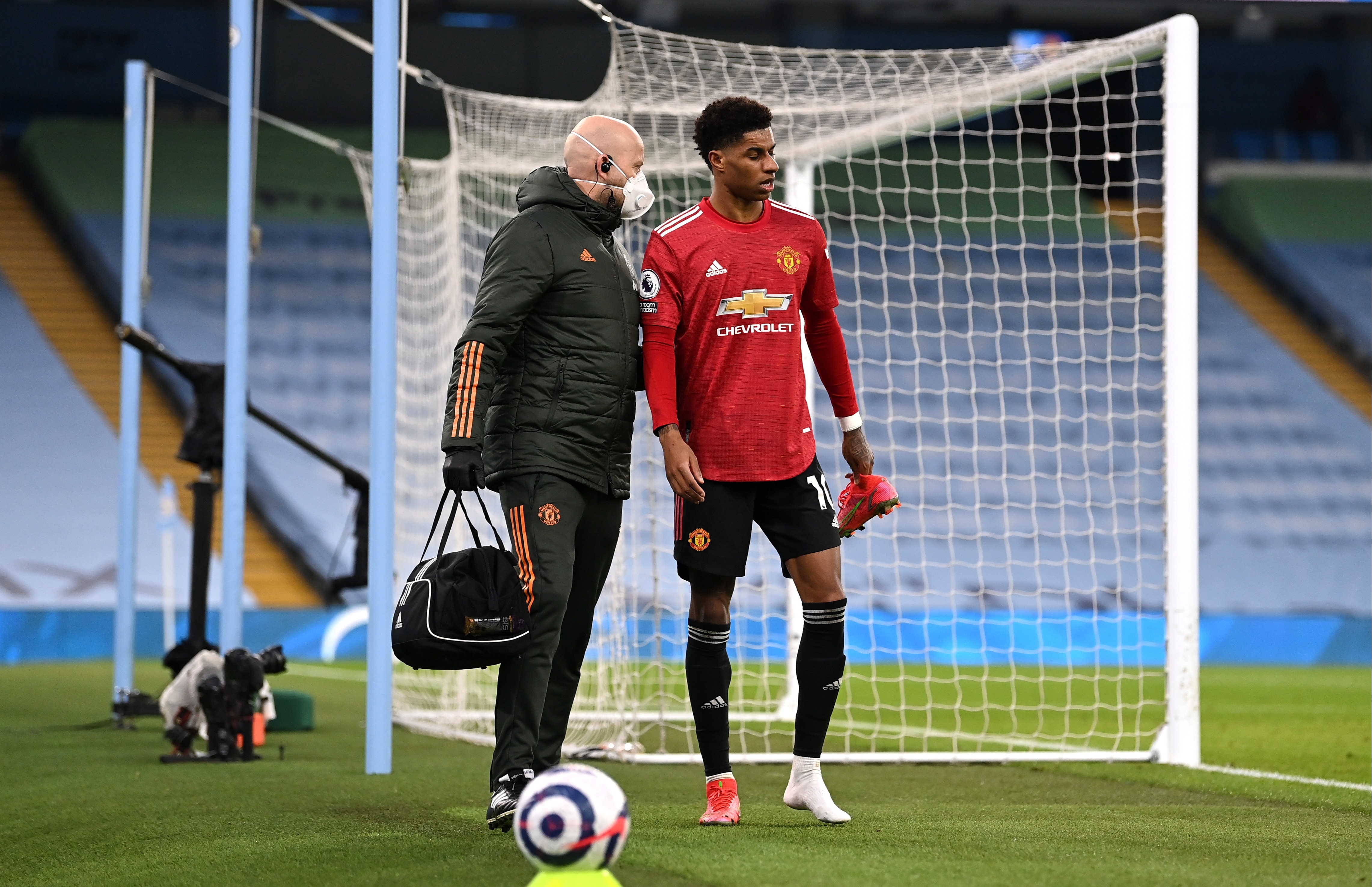 But Rashford appeared to tweak his ankle or foot after the mega sprint helped keep Manchester United two goals to the good.

After a spell of treatment on the Etihad Stadium sideline, it was decided that the 23-year-old had to come off.

Mason Greenwood was readied to replace him but evidently not quick enough to meet Dean Henderson's kick out of play.

The goalkeeper was furious when launching the ball into the stand, only for City to get the game going again with the United forward not fully prepared.

Ole Gunnar Solskjaer and Pep Guardiola sharply exchanged words by their technical areas before the substitution was eventually made.

Fourth official Mike Dean looked on as the Norwegian offered a conciliatory fist bump and the manager's attention resumed on the match.

Rashford had enjoyed a big role in the Red Devils snatching a vital second goal early in the second-half.

Defenders pulled towards the England international as he cut inside from the left, before teeing up Luke Shaw for a surprise goal from the left-back. 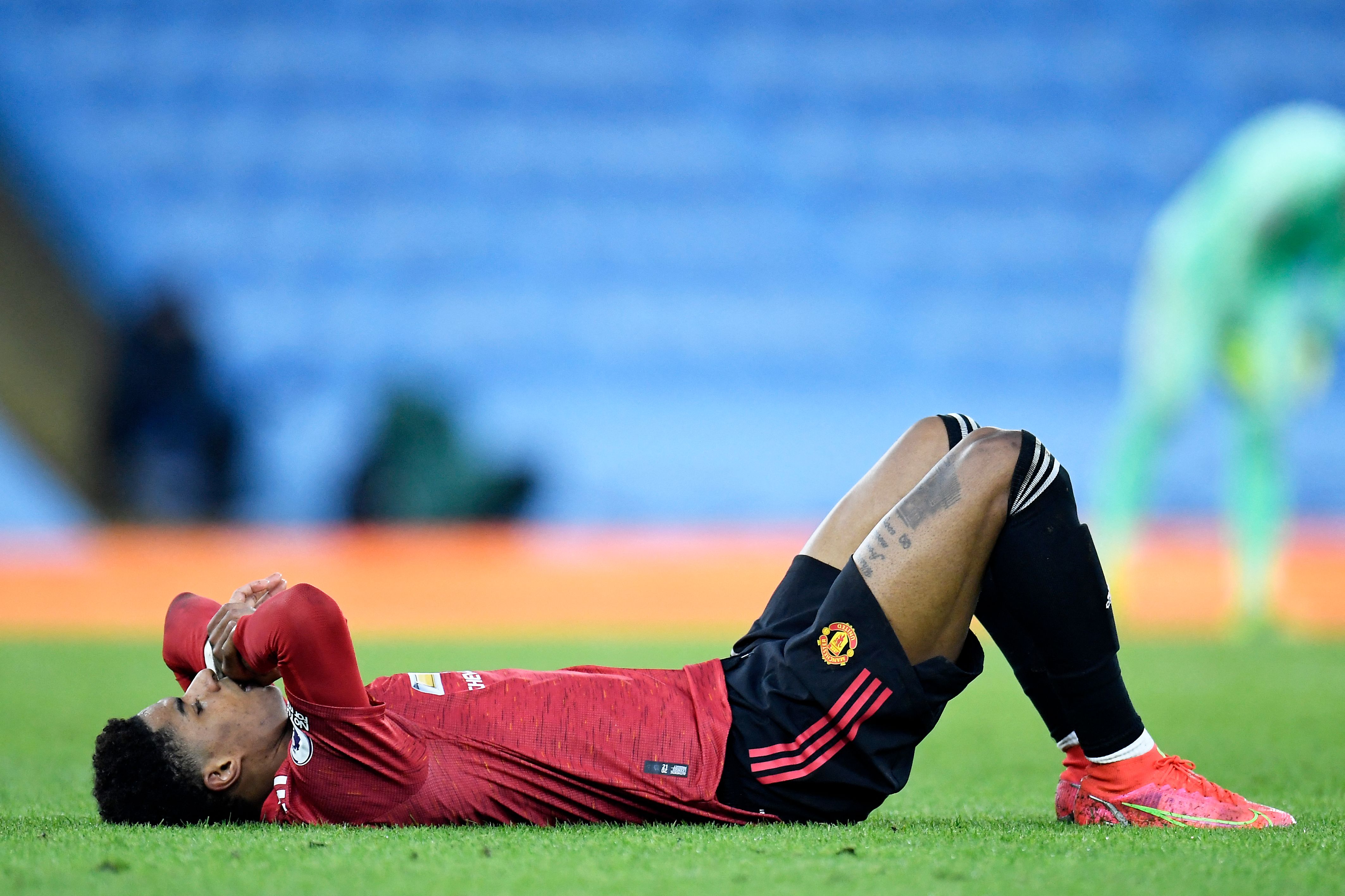 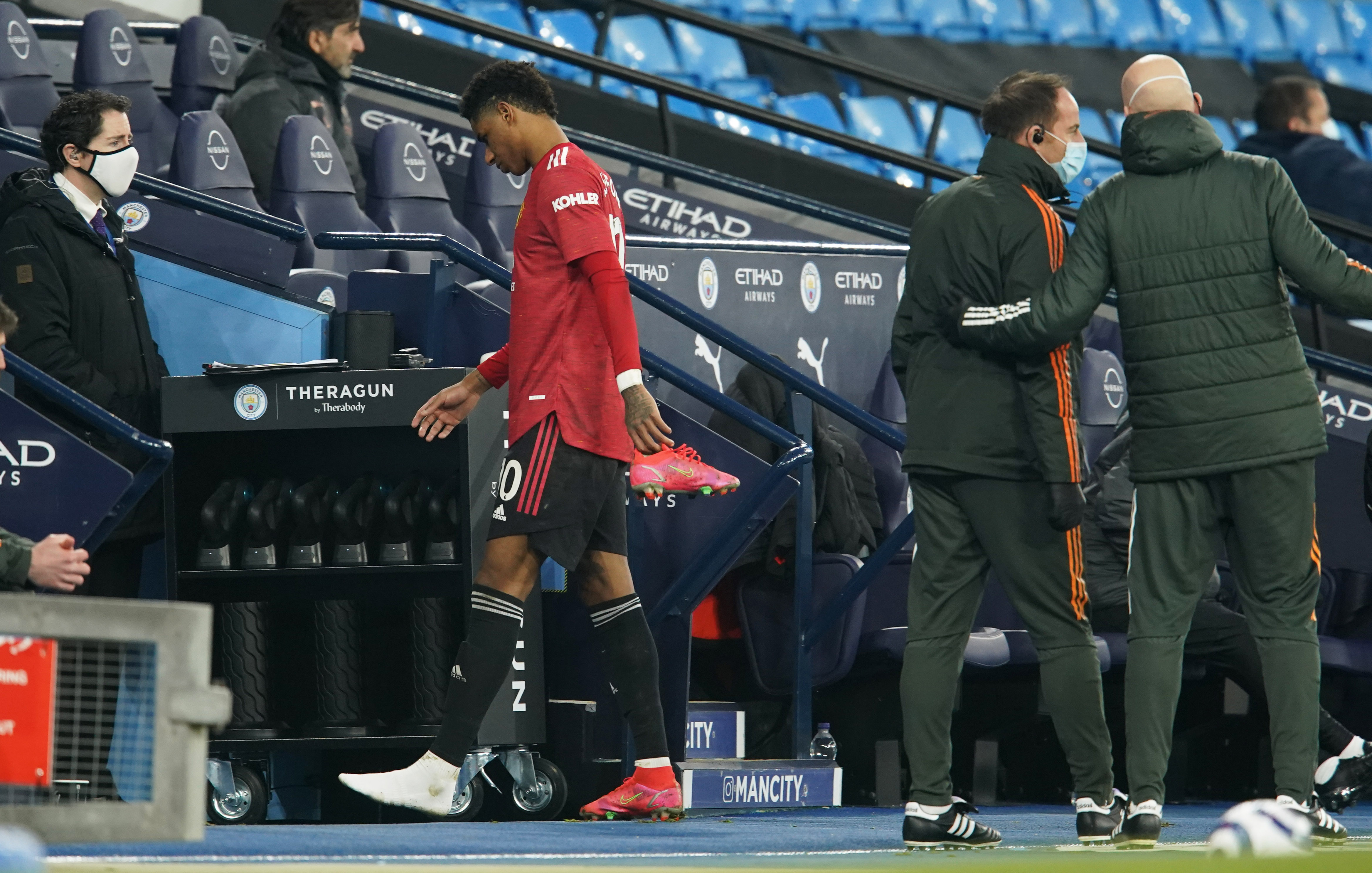 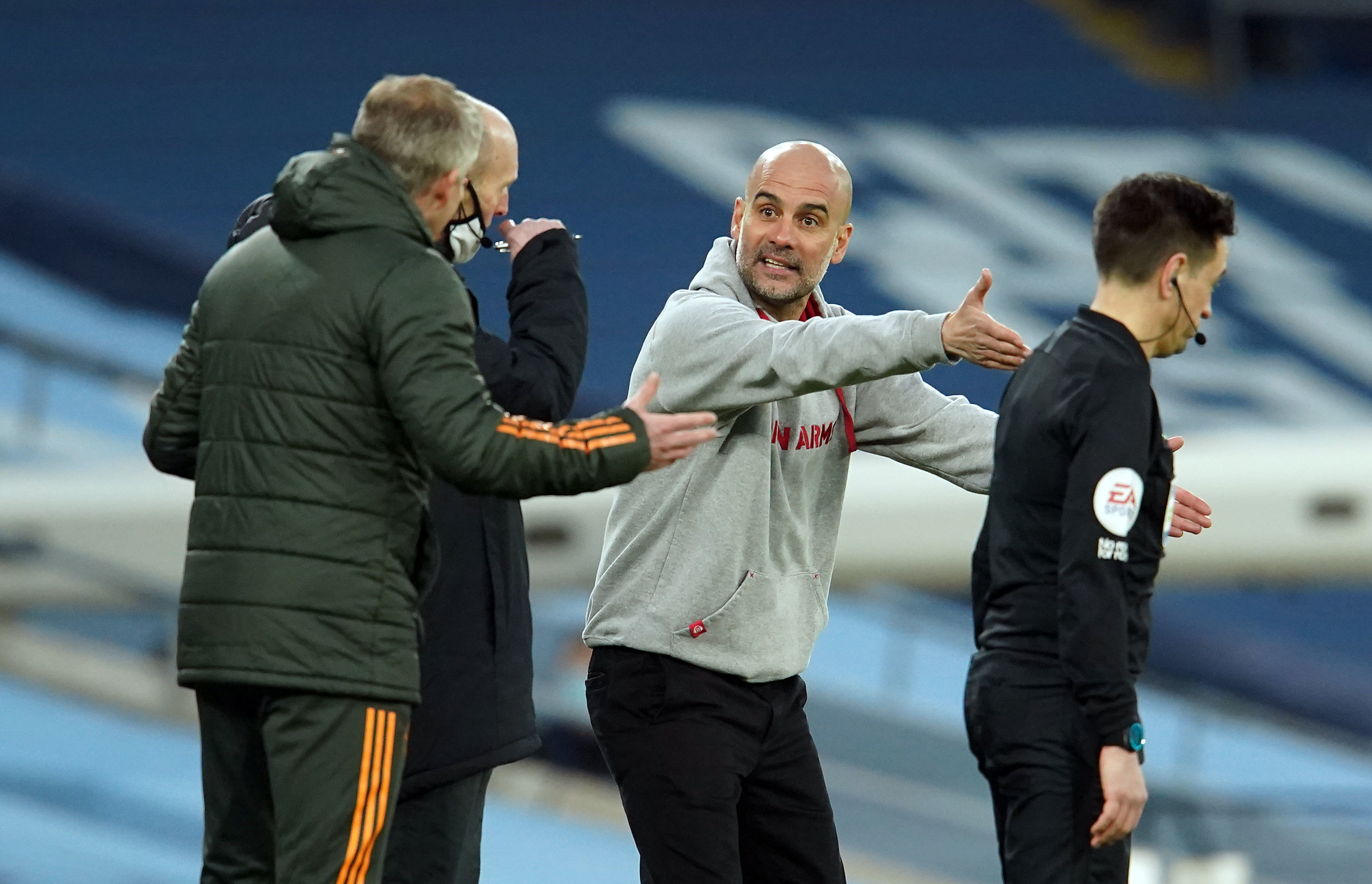 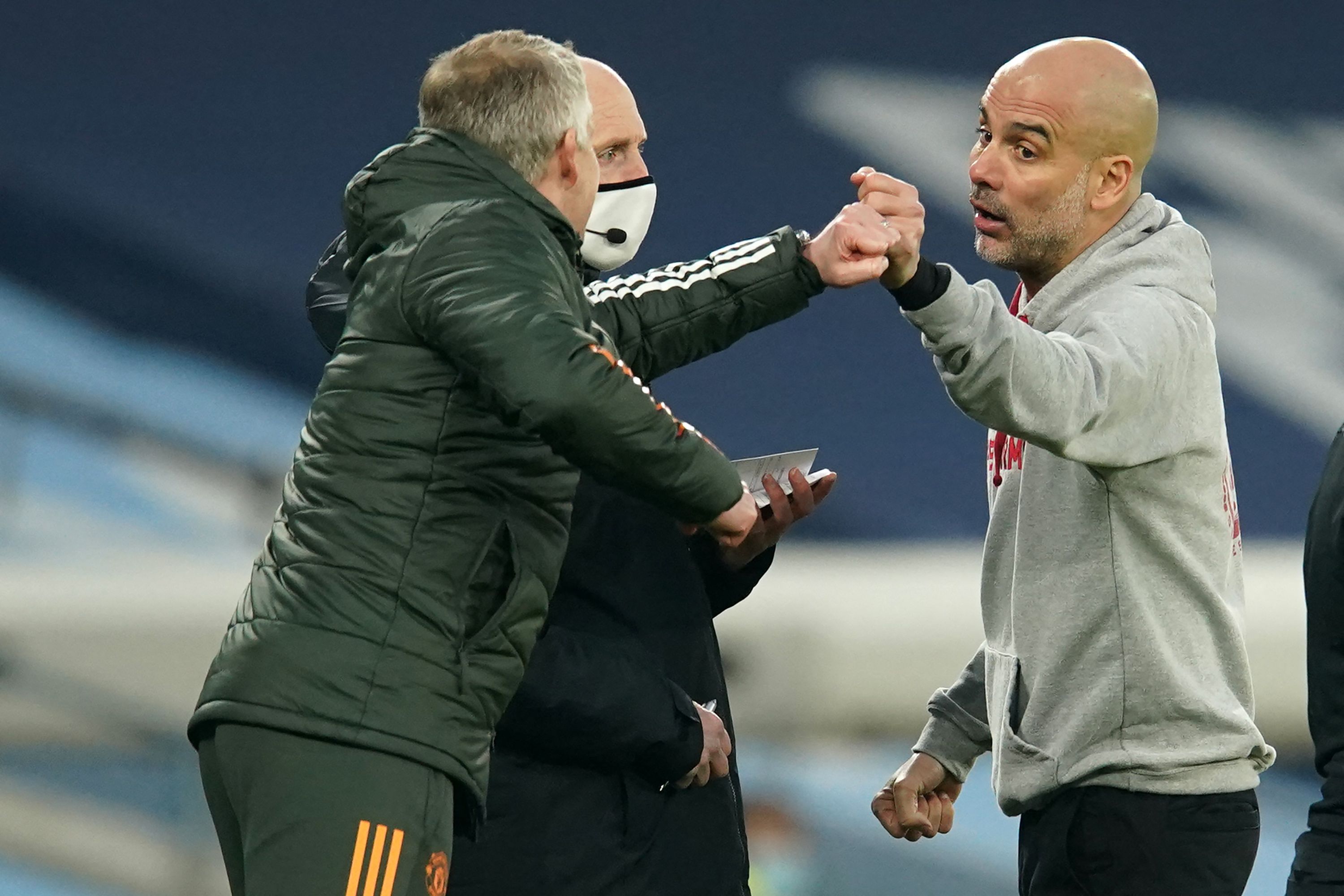 United had taken the lead after only two minutes, Bruno Fernandes slotting home a penalty after Anthony Martial was fouled.

But Solskjaer may be sweating over Rashford's fitness ahead of a major run of games.

High-flying West Ham are then due in Manchester before the return leg in Milan and an FA Cup quarter-final trip to Leicester.