The Portugal superstar was left frustrated after his dream moves to Manchester United and Tottenham fell through over the summer. 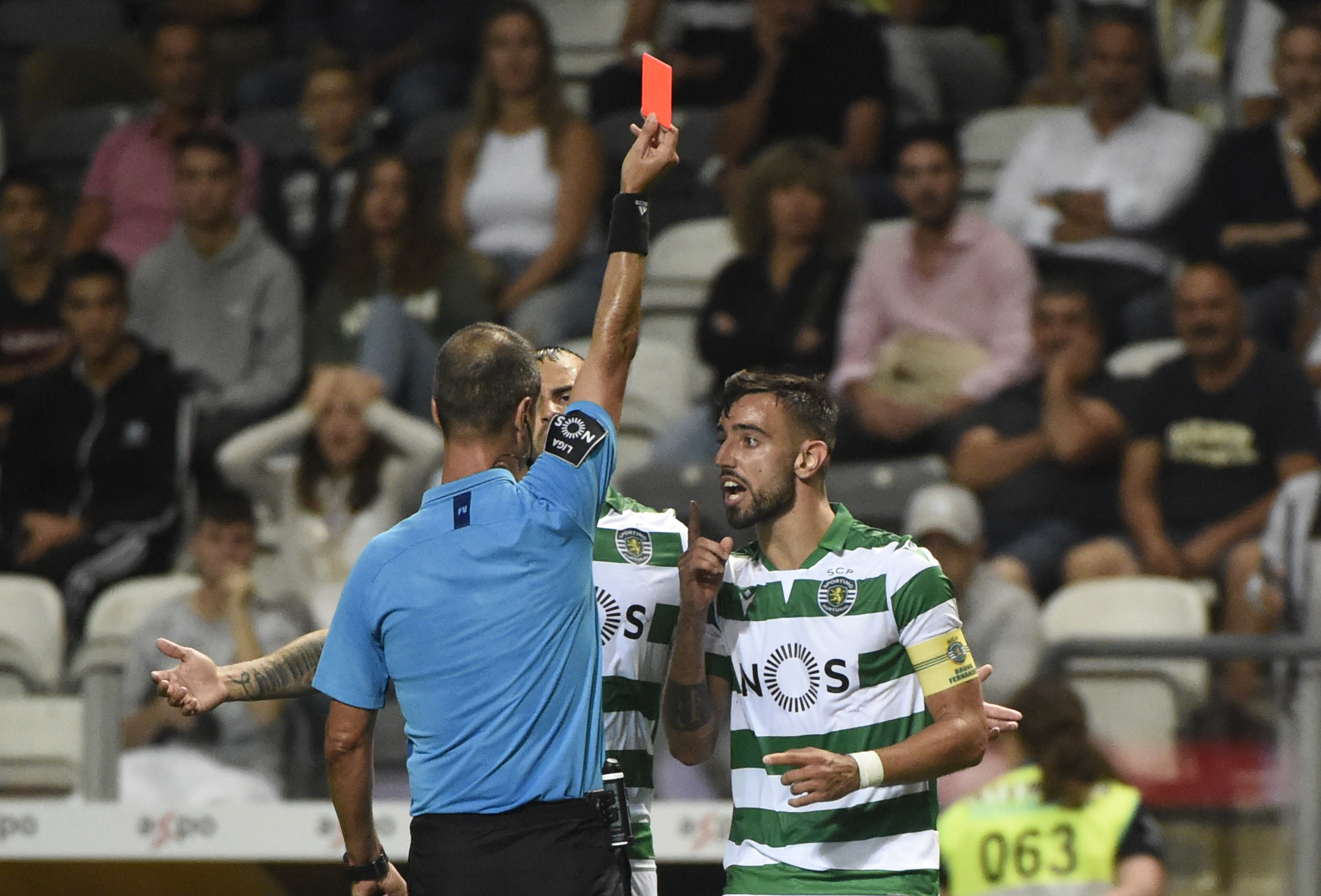 He remained at Sporting Lisbon and refused to let his bitterness get the better of him on the field with a string of sensational performances.

That was until now.

After scoring what would be the equaliser from a deflected free-kick in a 1-1 draw with Boavista, he was given his marching orders in the last moments of the contest for a second bookable offence.

Fernandes' first touch was heavy and in desperate attempt to win it back, lunged into his opponent.

The midfielder was left in disbelief and headed for the tunnel after his protests to the referee failed.

And according to Portuguese newspaper Correio da Manha, Fernandes completely lost his cool on his way to the dressing room.

They write that he broke two doors inside Boavista's stadium.

The paper also accompanied the report with grabs of him appearing to boot the doors in anger.

Fernandes had started the season in sensational form with three goals and four assists in his opening five league matches. 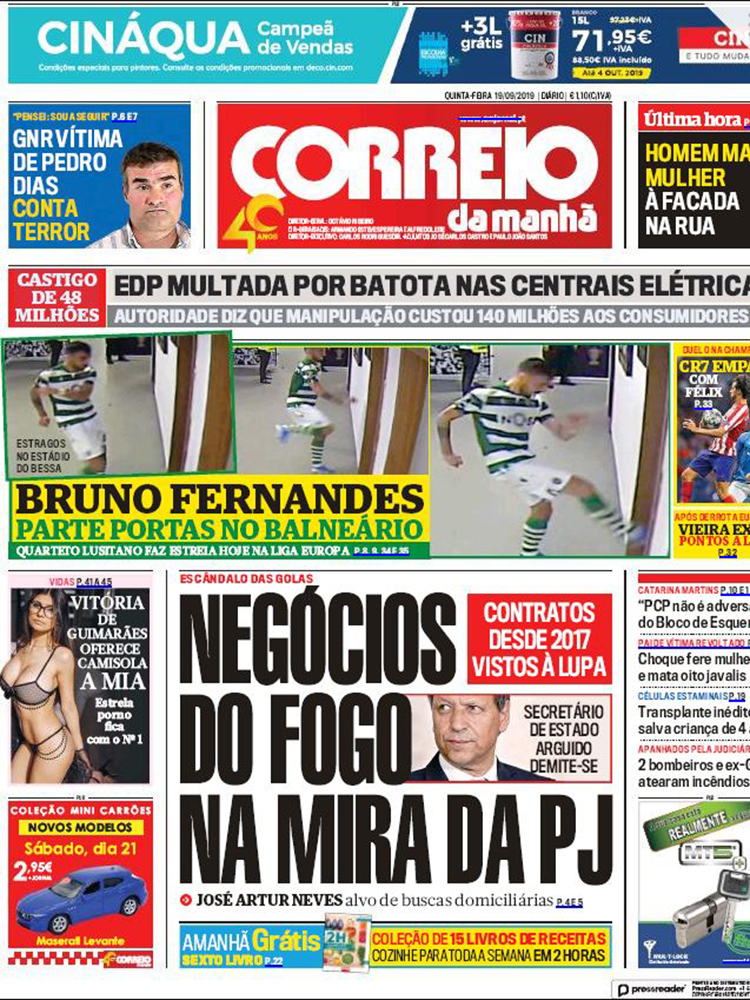