MARCUS RASHFORD was pictured sporting new ink as he stepped up his preparations for a return to Manchester United training.

The 22-year-old was snapped training one-on-one with a member of United's coaching staff at Moss Lane, home of Altrincham FC. 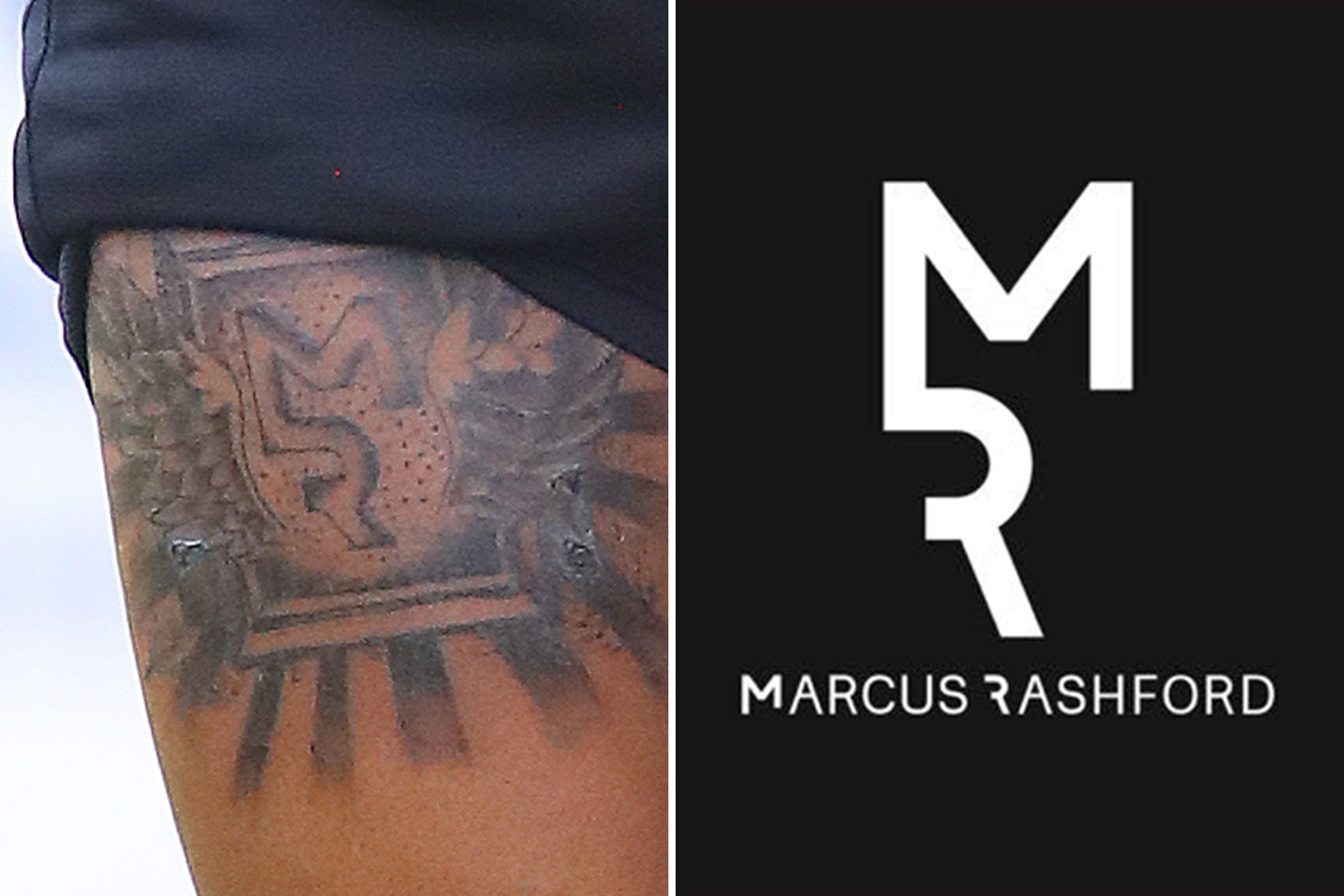 And on the England international's thigh, a new tattoo of the star's logo could be seen.

An M above an R, as featured on Rashford's website, is surrounded by a picture frame and what appear to be angel wings.

The crest is encircled by rays of sunshine.

Rashford has done a lot of good since last featuring in January prior to his back injury.

The Mancunian is devoted to giving back to his community, and has used to his platform to promote FairShareUK, a charity responsible for delivering two million meals a week to disadvantaged children under lockdown.

He has grown into a leadership role this season, with current skipper Harry Maguire having heaped praise on his younger team-mate.