Home » 'Mare of Easttown' Finale Is Filled With Lies: Who Really Killed Erin?

'Mare of Easttown' Finale Is Filled With Lies: Who Really Killed Erin?

Six minutes into the Sunday, May 30, finale of Mare of Easttown, it appeared that all burning questions were answered. Little did fans know, there was so much more in store.

‘Mare of Easttown’ Suspects: Breaking Down Who Could Have Killed Erin

In the penultimate episode, Billy (Robbie Tann) confessed to his brother John (Joe Tippett) that he killed Erin (Cailee Spaeny) — a confession that John basically had to force out of him. Afterward, Lori (Julianne Nicholson) revealed to Mare (Kate Winslet) that Billy was the father of baby DJ. So, it seemed clear. After finding out that Erin’s necklace was bought by someone with the last name Ross, Mare was convinced it was Billy and headed to find them during their fishing trip.

That’s when the premiere picked up. Upon arriving to the lake, she found John pointing a gun at Billy. It was revealed that that had been why John suggested the trip. His plan was to make it look like Billy killed himself. “Like you said, you’ve got a family and I’ve got nobody,” Billy recalled. 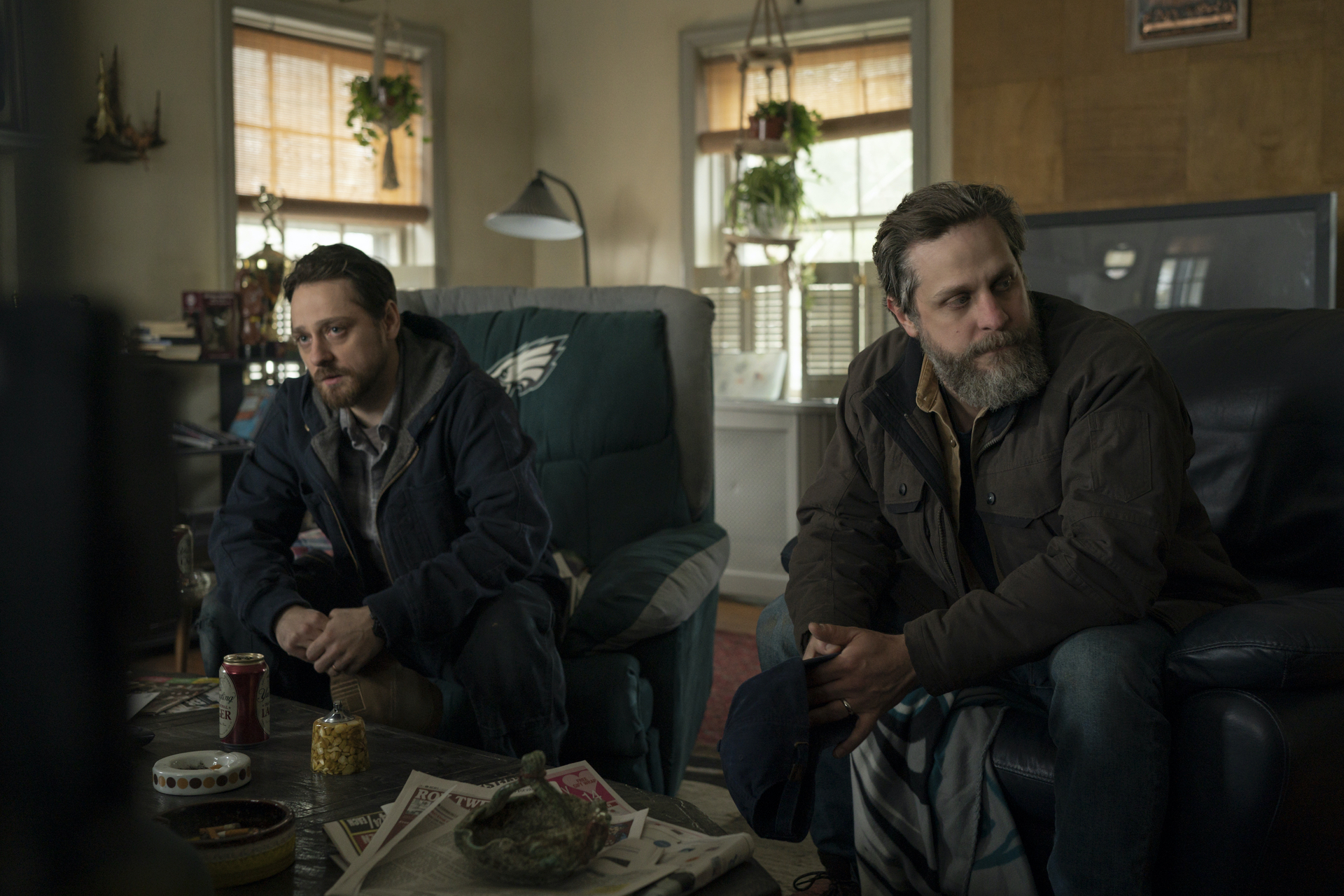 Mare couldn’t hear the conversation but saw the gun. Once John saw her, he put the gun to his own head. She quickly tackled it out of his hands and he begged her just to kill him.

It turns out, the photo that Jess (Ruby Cruz) took out of Erin’s journals was of her and John in bed together. She explained that Dylan (Jack Mulhern) burned the journals because he wanted his parents to keep DJ and was afraid that if they saw that, DJ’s real father would be revealed.

At the police station, John details his “connection” with Erin and claims it was more than sex. He had asked her to get an abortion, but she wouldn’t. On the night of her murder, she had called and told John if he didn’t meet, she would tell Lori about the affair.

He claimed that when he arrived, she was waving the gun around and he tried to wrestle it away from her, accidentally shooting her in the hand. After that, he shot and killed her because he panicked. 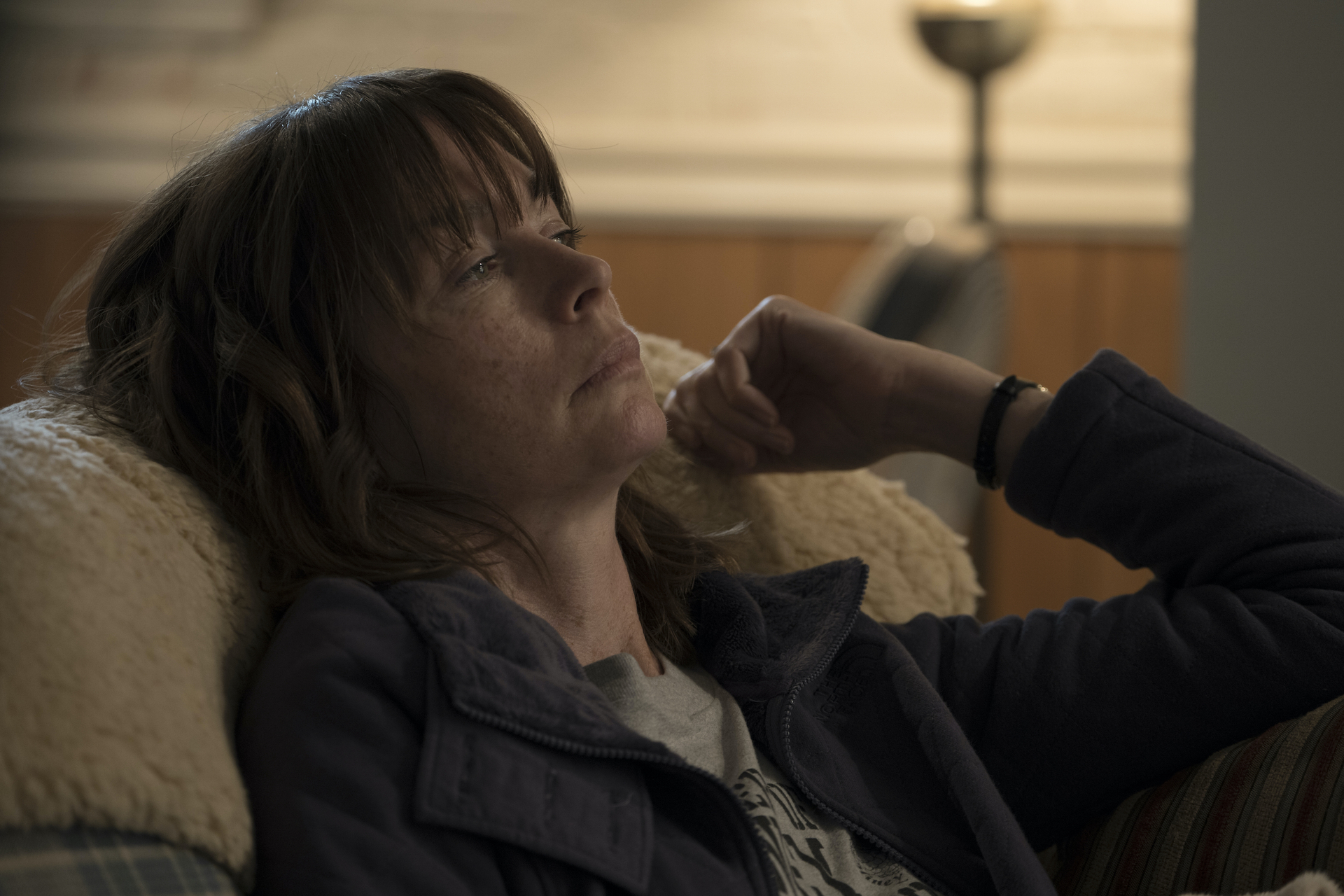 Lori apparently also knew as John told Mare that he had convinced his wife to lie and say it was Billy. Mare was so angry she refused to speak to Lori after John’s hearing.

The mystery, however, didn’t end there. During a check in on Mr. Carroll (Patrick McDade) — the man who had the intruder in the beginning of the series — he revealed that his gun was stolen from his shed, and the only people who had access inside were him and the kid who cuts his lawn: Ryan Ross (Cameron Mann). Mare immediately checked his security cameras and saw that Ryan took the gun

She arrived at Ryan’s school, but upon seeing her, he ran home and told his mom, “She knows.”

The real killer was Ryan. He found out about the affair and his dad had told him it was all over. The night of Erin’s death, he saw his dad arguing on the phone with someone and later saw that Erin had texted him. Ryan, instead, responded from his dad’s phone, that he would come meet her.

He then got the gun and went to the park, with the hopes to scare her into staying away from John. She tried to grab the gun from him, and it went off on her hand. He then fired at her again.

Ryan ended up telling his dad what had happened and John and Billy covered it up. Lori had lied to Mare; the morning that Lori said it was Billy who killed Erin, John actually had told her what really happened.

“I agreed to lie to protect my son,” she said. “And I would have talent that to my grave if you didn’t show up at the house today.”

Ryan was sent away, with visits from his family. In turn, Lori took in DJ — since he was her husband’s son. Although she paid for the ear surgery he needed, Dylan later showed up at her house and gave her all the money he had saved and the money he stole from Erin’s bedroom.

Lori refused to speak to Mare for months, but in the end, she finally let Mare into her home to visit. Together, they sat crying on the kitchen floor.

With that, Mare’s life seemingly fell into a better place. Her daughter went off to college and Carrie (Sosie Bacon) chose to go back to rehab and allowed her son to stay with Mare. She also reunited with Richard (Guy Pearce) and seemingly got closure about her son’s death. In the final moments, she pulled down the attic stairs and walked up for the first time.