Mary, 100, recovers from coronavirus – then asks for Daily Express 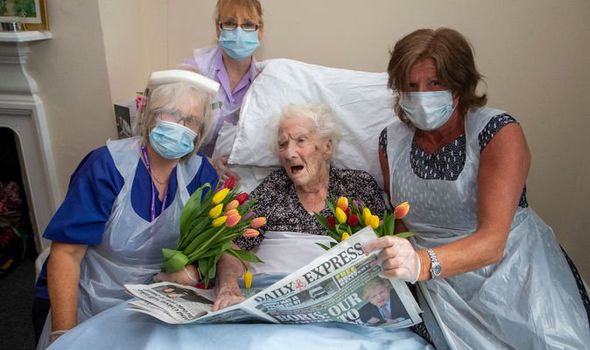 Mary Grant, 100, was struck down by the deadly virus, but care home staff were left speechless at her speedy fightback. She fell ill over Easter during the peak of the crisis, but within days was back to her old self. Wendy Gibbs, acting manager of Jasmine House care home in Reading, said: “She summoned the clinical lead and said, ‘I want the Daily Express, I always have the Express.'”

Mary, from Reading, had been dehydrated and had a soaring temperature. Staff feared the worst, but she received bed rest and exceptional care, before waking three days later and carrying on as if nothing had happened. Our reporting team made her day by paying her a special bedside visit, delivering a bunch of colourful tulips and, of course, a copy of the Daily Express.

Meanwhile, a 99-year-old war veteran was hailed a “wonderful warrior” after beating the virus.

RAF hero Alan Weaver tested positive for Covid-19 while in hospital for a stroke and sepsis.

The great-grandfather of six ended up having to isolate in a room at a care home. But he has now recovered from the virus. 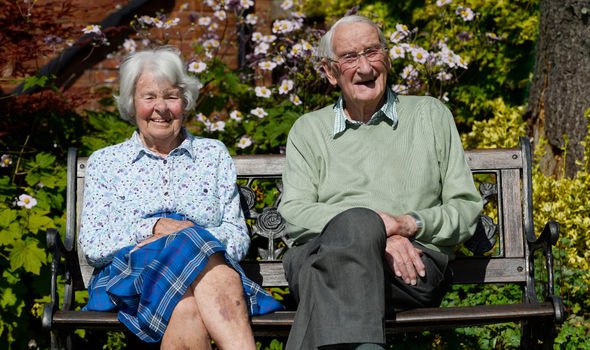 Alan, from Streetly, Birmingham, spent time in five different hospitals in the early part of this year after suffering a stroke, sepsis, three infections and having a pacemaker fitted.

His daughter Jane Phipps said: “He has come through so much in a short period of time. We’re really proud of him.”

“I did fear the worst in a way. [Doctors] just kept saying he was not in a bad way, just terribly tired.”

Alan was married to wife Nancy for more than 70 years until she died last May at the age of 96.