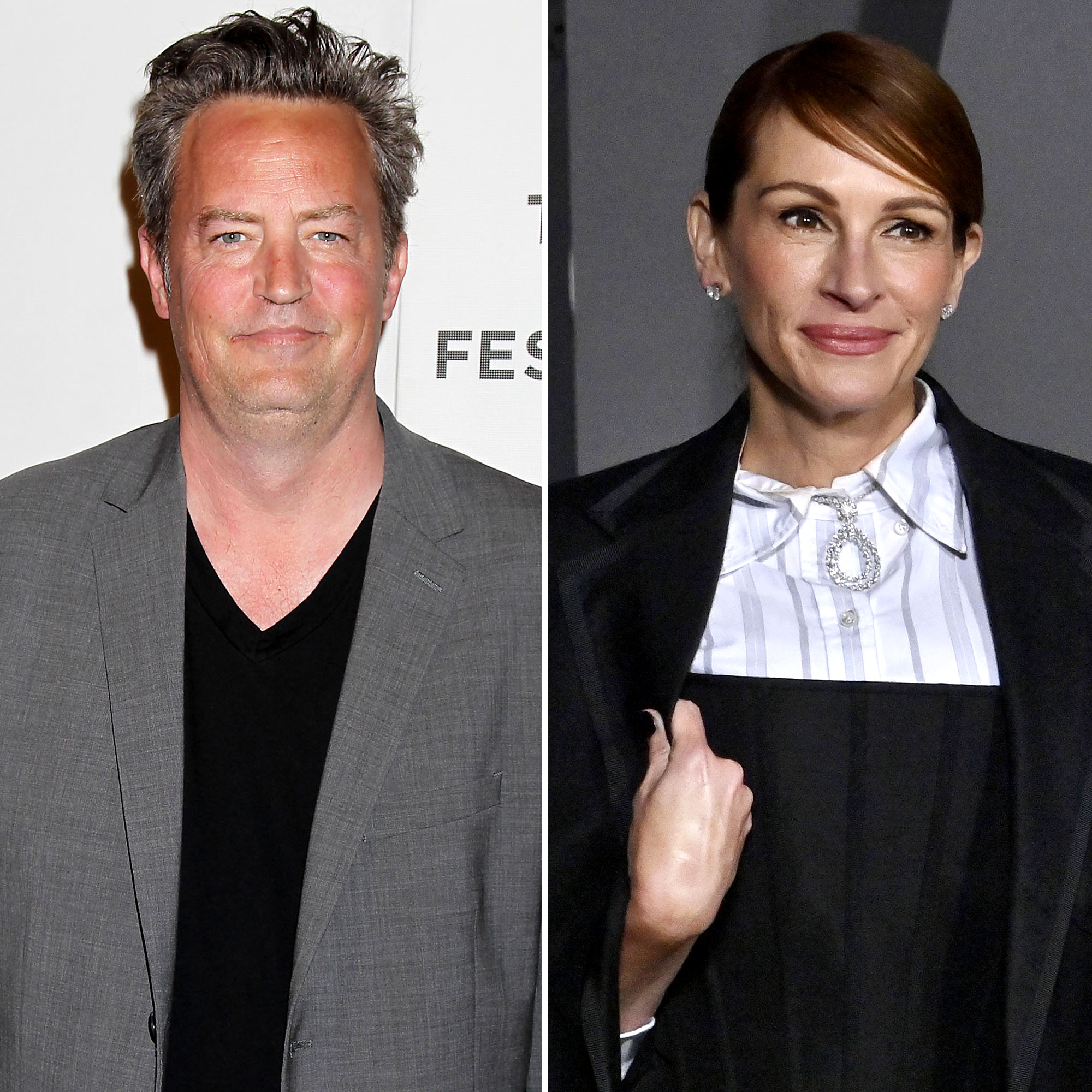 Getting candid about the past. Matthew Perry revealed the heartbreaking reason he decided to end his relationship with Julia Roberts following her 1996 cameo on Friends.

Matthew Perry’s Ups and Downs Through the Years: From Overcoming Addiction to Opening a Sober Hous

Perry sent the Pretty Woman star, 54, three dozen roses along with a note expressing his excitement about the possibility of her appearing on the sitcom. “Her reply was that if I adequately explained quantum physics to her, she’d agree to be on the show,” he recalled in the book, before explaining that he began learning everything he could about quantum mechanics. “The following day, I sent her a paper all about wave-particle duality and the uncertainty principle and entanglement, and only some of it was metaphorical.”

Hottest Couples Who Fell in Love on Set

He continued: “Not only did Julia agree to do the show, but she also sent me a gift: bagels — lots and lots of bagels. … I did let her in, both figuratively and literally, and a relationship began. We would already be a couple by the time we started filming the Friends Super Bowl episode.”

However, after just two months, Perry decided to end his relationship with the Oscar winner due to his insecurities. “Dating Julia Roberts had been too much for me. I had been constantly certain that she was going to break up with me,” the Studio 30 on the Sunset Strip alum wrote. “Why would she not? I was not enough; I could never be enough; I was broken, bent, unlovable. So instead of facing the inevitable agony of losing her, I broke up with the beautiful and brilliant Julia Roberts.”

Adding that he felt that Roberts was sure she was “slumming it” with him, the West Wing alum said, “I can’t begin to describe the look of confusion on her face.”

Perry has long been open about his decades-long struggle with addiction, which almost derailed his career. “At the time I should have been the toast of the town,” the actor — who starred on the sitcom from 1994 until 2004— explained in a teaser for his upcoming sit-down interview with Diane Sawyer. “I was in a dark room meeting nothing but drug dealers and completely alone.” He went to rehab twice during Friends‘ run, in 1997 and in 2001.

In addition to affecting his brief romance with the Erin Brockovich star, Perry’s addiction also took a massive toll on his physical health.

“I’ve probably spent $9 million or something trying to get sober,” he told the New York Times on Sunday, October 23. The Massachusetts native, began drinking at age 14 and eventually began using benzodiazepines and opioids, including Vicodin, Xanax and OxyContin, was hospitalized in 2018 due to his addiction.

Stars Who Revealed They Got Sober

He suffered from pneumonia and an exploded colon, which ultimately resulted in him spending two weeks in a coma and living with a colostomy bag for nine months. The illness required more than a dozen stomach surgeries to properly heal.

“It’s a hideous disease, and he has a tough version of it. What’s not changing is his will to keep going, keep fighting and keep living,” his Friends costar, Lisa Kudrow, told the outlet. “I love Matthew a lot. We’re part of a family. I’m basically ending this with ‘I’ll be there for you’ [the Friends theme song], but it’s true. I’ll always be there for him.”

If you or anyone you know is facing substance abuse issues, call the Substance Abuse and Mental Health Services Administration’s National Helpline at 1-800-662-4357 for free and confidential information 24/7.