Meg Mathews, 53, says she mistook menopause symptoms for dementia and feared her ‘colourful 90s partying’ had caught up with her until a woman at an AA meeting suggested she was going through the change

Meg Mathews has revealed she thought she had early on-set dementia and that her ‘colourful nineties’ had caught up with her when she experienced the first symptoms of menopause.

Speaking to the Observer, the Primrose Hill socialite and former wife of Noel Gallagher, 54, said she has perimenopausal symptoms from the age of 40, which included ‘really bad anxiety’ where she felt ‘overwhelmed with life’ due to lack of oestrogen.

Menopause hadn’t even crossed Meg’s mind, but when she revealed her feelings at an Alcoholics Anonymous meeting another addict told her she might be experiencing menopause. 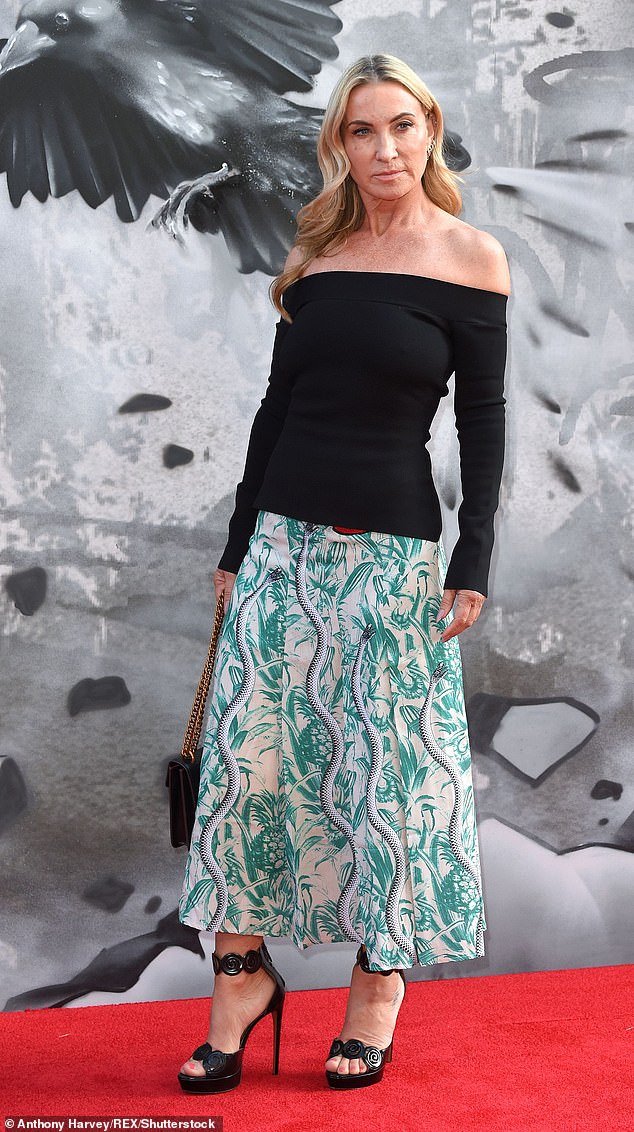 Meg Mathews has revealed she thought she had early on-set dementia and that her ‘colourful nineties’ had caught up with her when she experienced the first symptoms of menopause. She is pictured in 2017 in London

‘Now I had been a person who just got up and went out and didn’t give a s*** about anything. All of a sudden, I was the worrier – I mean I’d always been a worrier in some ways, but never like this,’ she explained.

After feeling ‘really really low’ following the return from a holiday in California, Meg went to the doctor and was given anti-depressants.

Meg, who shares one child Anaïs, now 20, with Noel, said she would drop her daughter off at school and come back and lie into bed and ‘scroll through Facebook looking at everyone else’s perfect life’.

The former first lady of Britpop feared she had dementia as she would often cancel dates with her ‘lovely boyfriend’ to stay home and cry. 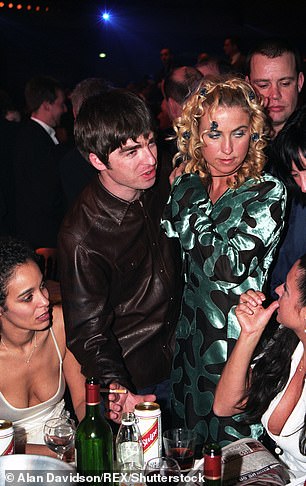 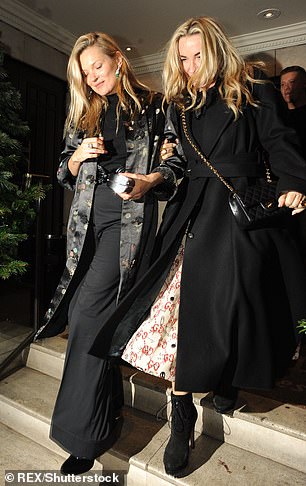 Speaking to the Observer , the socialite and former wife of Noel Gallagher, 54, said she has perimenopausal symptoms from the age of 40, which included ‘really bad anxiety’ where she felt ‘overwhelmed with life’ due to lack of oestrogen. She is pictured left with Noel in 1996 and right with Kate Moss in 2018

‘I was going, oh my God, my colourful 90s have caught up with me. My mum always said they would. I thought I’d just shattered my nervous system,’ she added.

‘I went to an AA meeting and I basically shared how I was feeling. It’s what we do, speak to other addicts, it’s a support system. When I left, this woman knocked me on the shoulder and she said, ‘I think you’re going through the menopause’ and I was like, No! And then I thought: “Ooh cheeky cow,” you know, oh my God!’.

Speaking on Lorraine last month, the media personality also discussed how menopause made her feel ‘lonely’, as she dealt with the physical and mental side effects of the menopause.

Meg said she was ‘surprised’ by how it impacted her, as she expected her periods to stop and to suffer the odd hot flush, however she was shocked by the experience.

After ‘sailing through’ child birth, Meg said: ‘Nothing was a problem, didn’t want to eat chocolate or stab my boyfriend. But around age 49, I was just not feeling like me. No one had pointed this out.’ 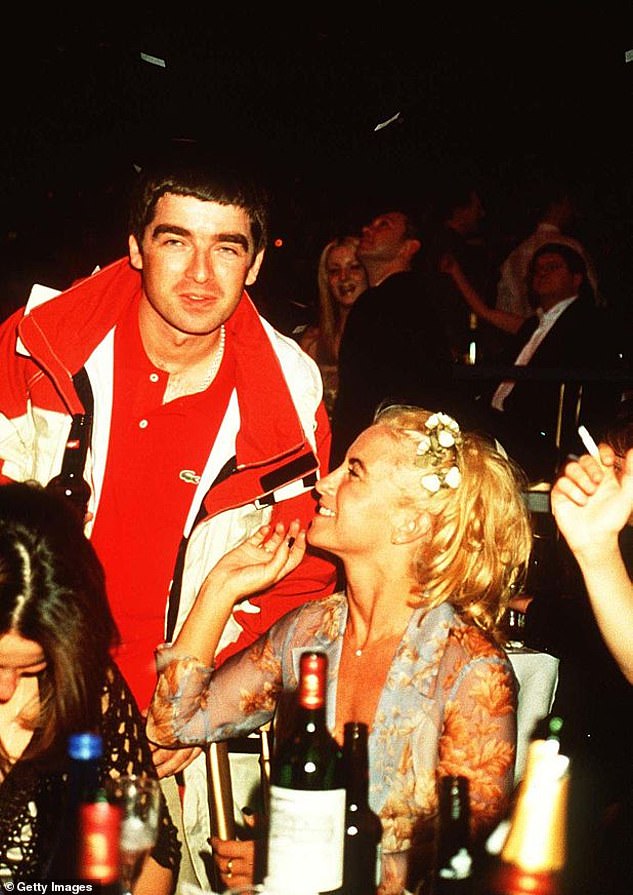 Brief romance: The wild pair, pictured at the Brits in 1997, divorced after Noel met his future wife, the publicist Sara MacDonald, in an Ibiza club 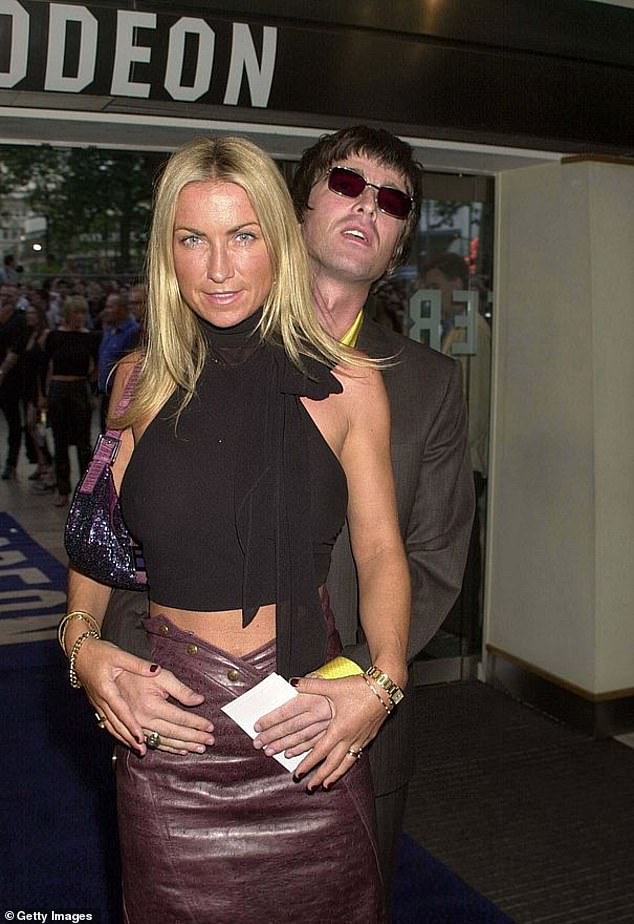 Carefree: The Britpop star said she went off the rails during her four-year marriage to Noel Galagher

Explaining how it affected her, she said: ‘I thought menopause was hot flush and you don’t have your period anymore. I started putting weight on, I had achy joints, a foggy brain. My mouth didn’t connect with my tongue. I went to a dark place, very lonely. For three months, I didn’t leave my house.

Earlier this year, Meg revealed she would regularly blow £4000 a night while married to Noel.

Speaking to the Sun, she said she would often ply herself with drink and drugs at the exclusive London hotel Claridge’s during hedonistic parties. 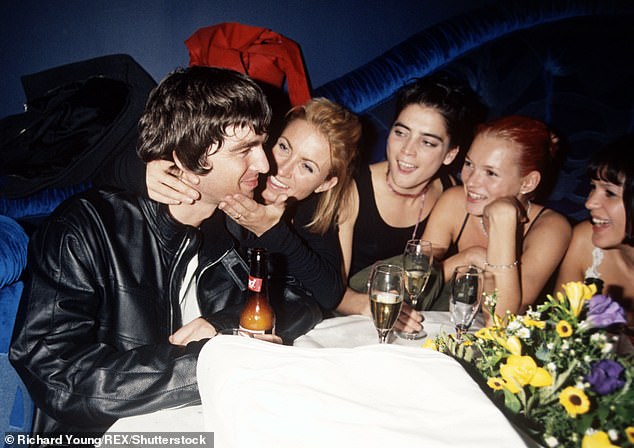 Binges: Meg, pictured in 1998, said she would regularly get trashed at the exclusive London hotel Claridge’s 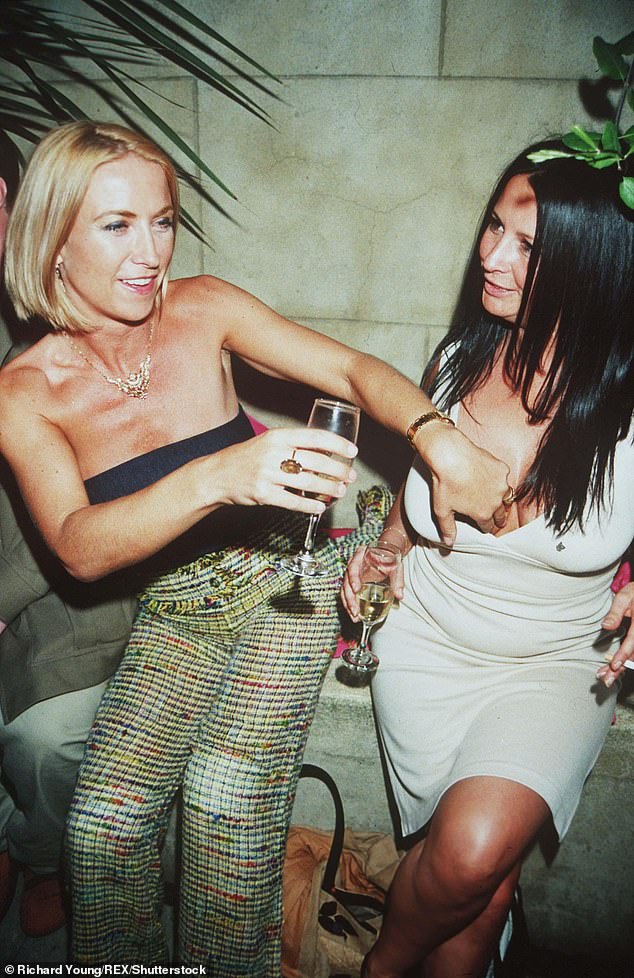 ‘Blackouts’: Meg, now 54, said she was often out of control and became ‘aggressive’ during her sessions

‘Everybody would be in the room, drinking all the mini bar, calling loads of dealers – £3,000 later walking down the stairs with the mascara running down my face, a heel broken off my shoe and going home for what?

The wild pair divorced after Noel met his future wife, the publicist Sara MacDonald, in an Ibiza club.

She said of her party days: ‘I was maybe a bit aggressive. I was not the nicest. I was not a happy bunny. Always blackouts.’ 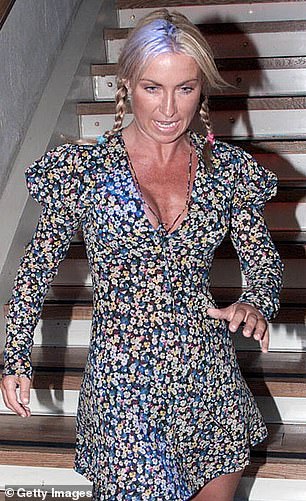 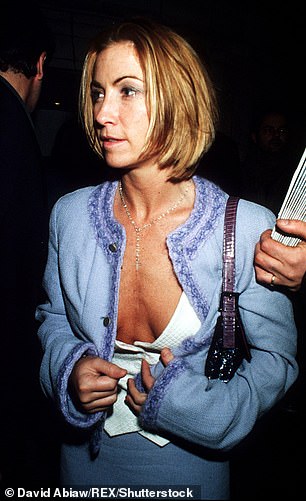 Unlucky in love: Meg has been engaged three times since her marriage to Noel broke down in 2001