Melania Trump and Donald appeared at the Saint John Paul II’s National Shrine in Washington. A video of the couple caught media attention for one reason.

The President appeared to tell Melania to smile during the photo shoot rather than look straight-faced, according to some viewers.

One Twitter user wrote: “She does not look happy at all.”

It is likely the couple will be feeling the stress of the protests ongoing outside of the White House in Washington. 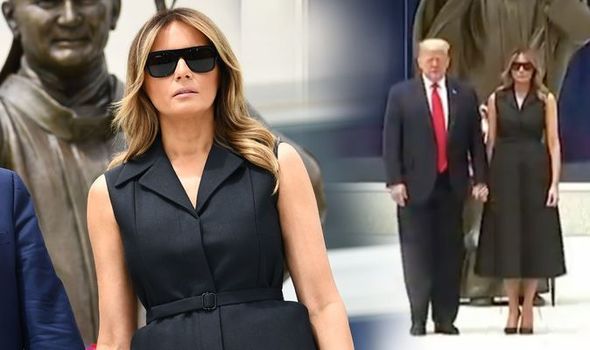 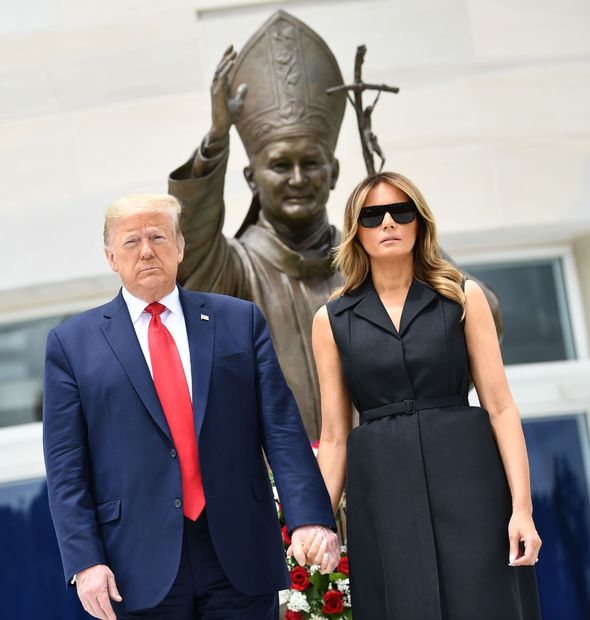 It is reported Donald, his wife and their son Barron spent some time in an underground bunker at the White House last week amid the protests.

The video may have had some questioning the dynamic between the President and his wife, but what do experts say?

Melania and Donald have been married since 2005, for fifteen years.

They moved int the White House in 2017, and have been at the centre of a media storm since.

One expert discussed how Donald and Melania’s body language has changed during their time living in the White House.

Judi James told Express.co.uk when Melania first took the role of First Lady: “Her smile was perfectly executed but rigid enough to hint at the effort involved.

“Her poses here lacked spontaneity and in many ways personality leakage.”

However, her body language has become more natural with Donald. 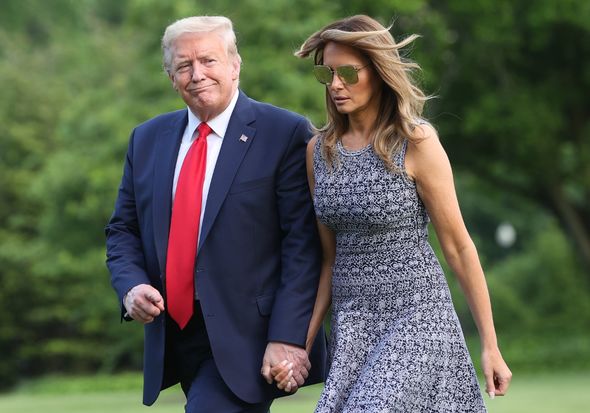 She said: “Melania seemed to drop the model posing.

“The mirroring between the Trumps present them as equals and very much a team of two, with the hand clasp hinting at a desire to signal affection and agreement.”

Melania Trump may be a billionaire’s wife, but she comes from fairly humble beginnings in Slovenia.

She moved to the US to model, and met Donald in a nightclub age 27. 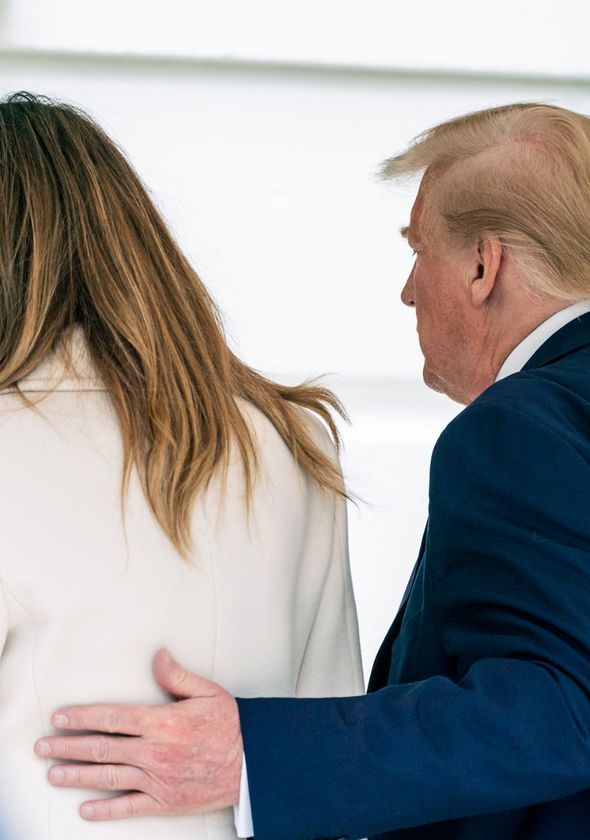 When discussing her parenting style, it appears Melania Trump has a very down to earth style.

She had Barron in March 2006, the year after she married Donald, and she was 36 at the time.

Melania told Parenting: “I am a full-time mom; that is my first job. The most important job ever.”

She revealed that even though she had interesting as a sideline, parenting Barron was most important.

Melania said: “When he is in school I do my meetings, my sketches, and everything else.”