Luke Danes isn’t just in for more Gilmore Girls — he’s got story line ideas! Scott Patterson opened up exclusively to Us Weekly about the possibility of reuniting with Lauren Graham, Alexis Bledel and more of his former costars for another Netflix revival of the beloved series.

“[Rory] has the baby,” the 62-year-old actor began while promoting his Gilmore Girls rewatch podcast, “I Am All In,” noting that he doesn’t know who the father of Rory’s baby is. “If it’s Logan (Matt Czuchry) or whatever, then, you know, he flips out and goes away. History repeats itself a la Christopher (David Sutcliffe) and Lorelai. And then she goes off to pursue a huge opportunity in Europe for her writing and dumps the baby in our lap. And we get to raise the kid a little bit while she’s off pursuing that and she comes back.” 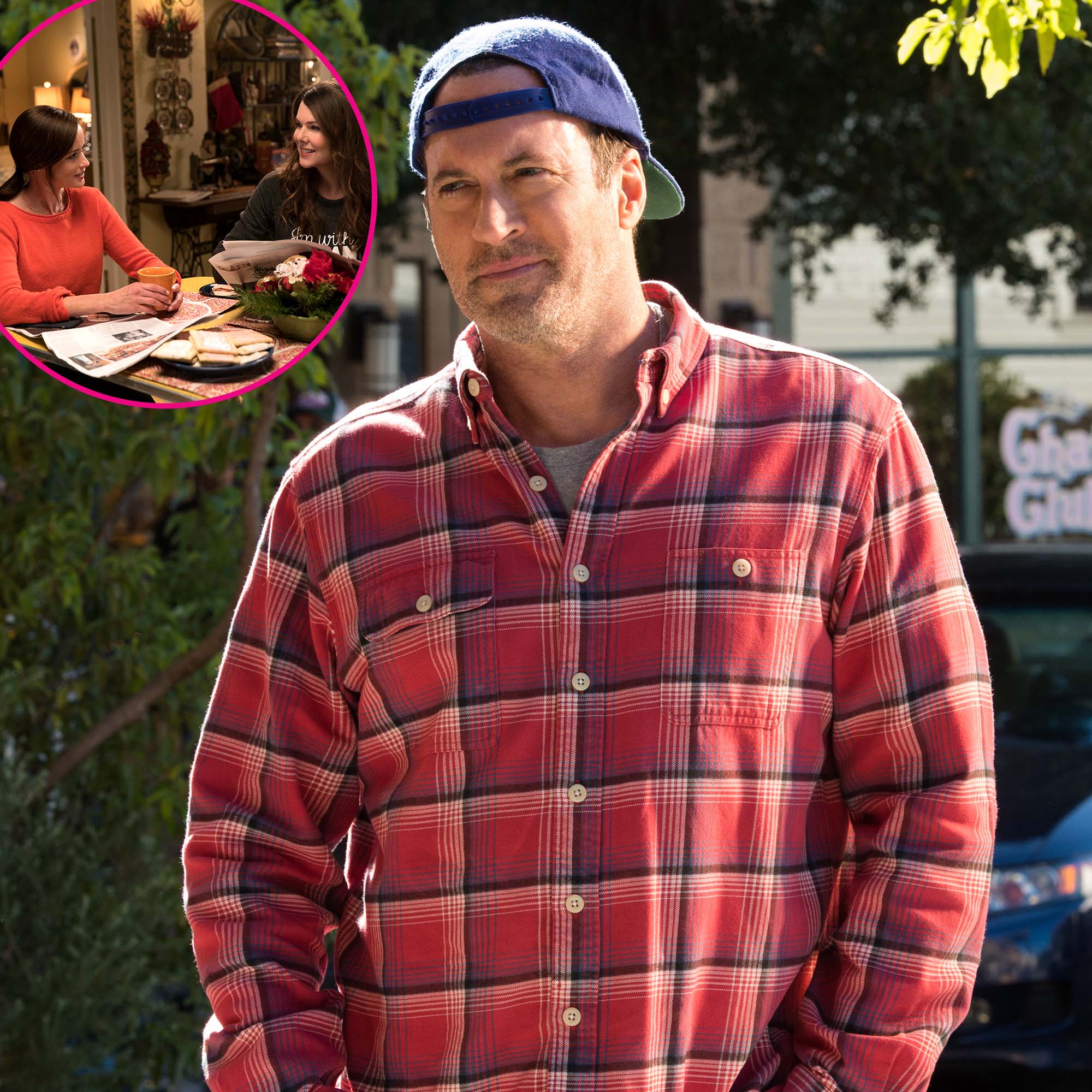 While Patterson acknowledged that many fans believe Logan is the father of Rory’s baby (her pregnancy was revealed during the finale of the 2016 revival), he’s rooting for Rory and Jess (Milo Ventimiglia).

“He’s my nephew! I love the kid, you know, he’s blood. I like Milo a lot. Not that I don’t like Jared [Padalecki] or Matt, it’s just, I worked with him a lot and I always enjoyed it,” Patterson said. “I was like a combo of Dean and Jess when I was growing up. I was soulful and poetic, but I also had that sort of edgy kind of Kerouac thing.”

‘Gilmore Girls’ Cast: Where Are They Now?

Patterson added that he doesn’t think Rory would end up with Logan because she was raised by Lorelai.

“I just think that character [of Logan] is so smug. … Yes, I think in her DNA, she probably needs that, because she’s a Gilmore, right? But I don’t know. I think to honor how her mother brought her up, I think it’s a little more Jess,” he said. 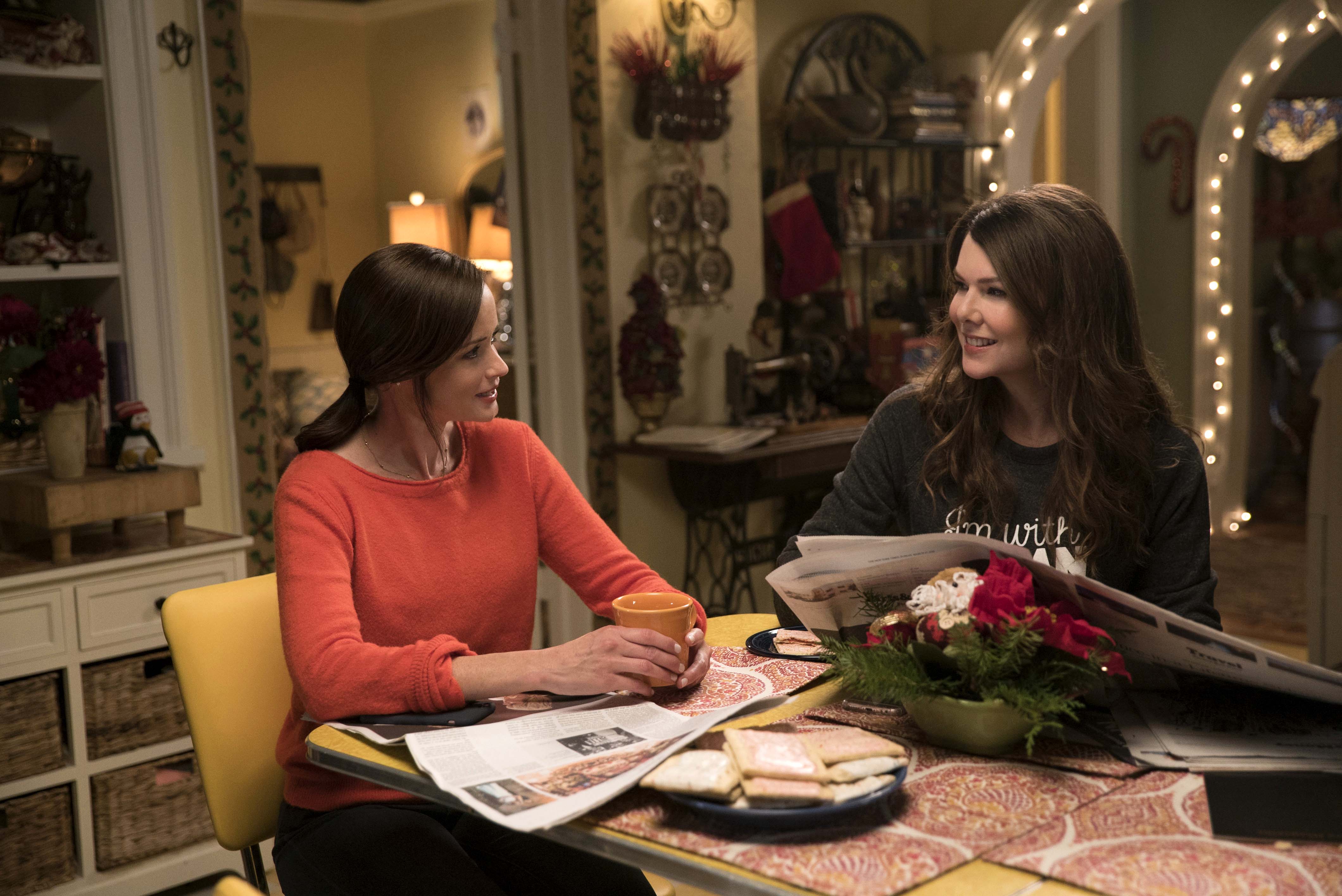 In addition to Luke and Lorelai stepping up to help Rory raise her child, Patterson would like to explore Luke’s backstory. After admitting he’s watching the show for the first time for his “I Am All In” podcast, he noted he couldn’t remember if his character’s parents were alive.

“The mom could be alive, right? I mean you could get Meryl Streep to come in and play my mom,” he said. “They could give me another horrible wig and I could play the younger version of myself with my dad throwing the football. … Anything’s possible. We have a lot of the Gilmore thing happening, how about Dane’s Dudes? Maybe a spinoff.”

Gilmore Girls originally aired on The WB (and later The CW) for seven seasons from 2000 to 2007. Netflix brought back the show for four lengthy episodes — titled Gilmore Girls: A Year in the Life — in 2016.

TV Reboots and Revivals: A Full Guide to What’s Coming

Regardless of the script, Patterson is all in. When asked about Graham’s recent revelation that she has a clause in her contracts to allow her to do more Gilmore Girls in the future, he quipped, “I have a clause in my will that they can dig me up and prop me up like Weekend at Bernie’s that’ll be like Weekend at Luke’s to be in [any additional] episodes.”

iHeartRadio dropped the first episode of the “I Am All In” podcast, featuring guest Yanic Truesdale (Michel Gerard), on Monday, May 3.