MILAN — A year-plus into digital trade shows being hosted on tech-enhanced online platforms mimicking IRL gatherings has taught the industry that physical is better, especially business-wise.

Despite this, the latest digital edition of eyewear trade show Mido was deemed a success by its organizer, industry association Anfao, as it registered 50,000 interactions over three days from June 5 to 7, and around 5,700 registered users. The platform will remain active until the end of the year, stretching business opportunities just until the next physical event, scheduled for Feb. 12 to 14, 2022, which will be three years since the last physical edition was held in 2019.

Accompanied by a series of webinars and talks, including one featuring well-known photographer Albert Watson, plus marketplace-like sections for each exhibitor on show — which spanned from powerhouses like Essilor Luxottica and Marcolin to smaller players like Jet Set and Mondottica and to up-and-coming independent designers like Oscar Mamooi — the fair lacked some notable ones including Marchon and Italia Independent, while Safilo was present only with a corporate web page, as it plans to unveil its next collections in the fall.

“We’re very pleased with the outcome of the digital fair that was made possible by the support of the whole Mido team,” said Giovanni Vitaloni, president of Mido and Anfao. “Despite the complex year that has put us to the test, we were able to consolidate new certainties and we managed to host a fair that was as similar as possible to the physical show.”

To be sure, 2020 was a tough year for the sector. According to data provided by the association, the Italian eyewear industry registered a 25.8 percent drop in exports in 2020 to 2.88 billion euros, the same level registered in 2013. The decline was felt across regions and categories, with exports of sunglasses decreasing 27 percent to 1.87 billion euros and prescription glasses down 22 percent to 936 million euros.

All regions saw a downturn, with exports to Asia falling 33.8 percent, followed by the Americas, down 26 percent, and Europe, which declined 23 percent. Not even the two biggest markets for the sector, the U.S. and China, managed to offset the industry’s decline as they were down 21.6 percent and 35.4 percent, respectively.

“We expect the market to start picking up in the second half of 2021, driven especially by the U.S. and China, although we will not return to pre-pandemic levels any time before 2022,” Vitaloni said.

While the first half of 2021, still largely impacted by lockdowns and travel restrictions imposed to curb the third wave of COVID-19 infections in Italy, is expected to see exports increase 10 percent on a comparable basis, the eyewear sector is looking forward to the second half, when exports are forecast to jump 19 percent compared to 2020.

Providing a forecast for 2021, Vitaloni said the eyewear industry is poised to grow almost 15 percent this year compared to 2020, but is seen decreasing 14 percent versus 2019.

WWD surfed the digital platform to identify the key eyewear trends for the months ahead.

The 2020s Mask: Forget exaggerated rave-inspired styles from the early 2000s, the new enveloping frames are subtler and more in tune with ‘70s designs — à la Halston — including a one-piece lens style from Ralph Lauren, its upper part punctuated by tiny screws, which also contoured the entire lens of a black Versace piece with golden temples. Tom Ford went full-on retro, with two-lensed masks crafted from chunky acetate, while Furla combined tortoiseshell acetate and gold metal for its iteration. 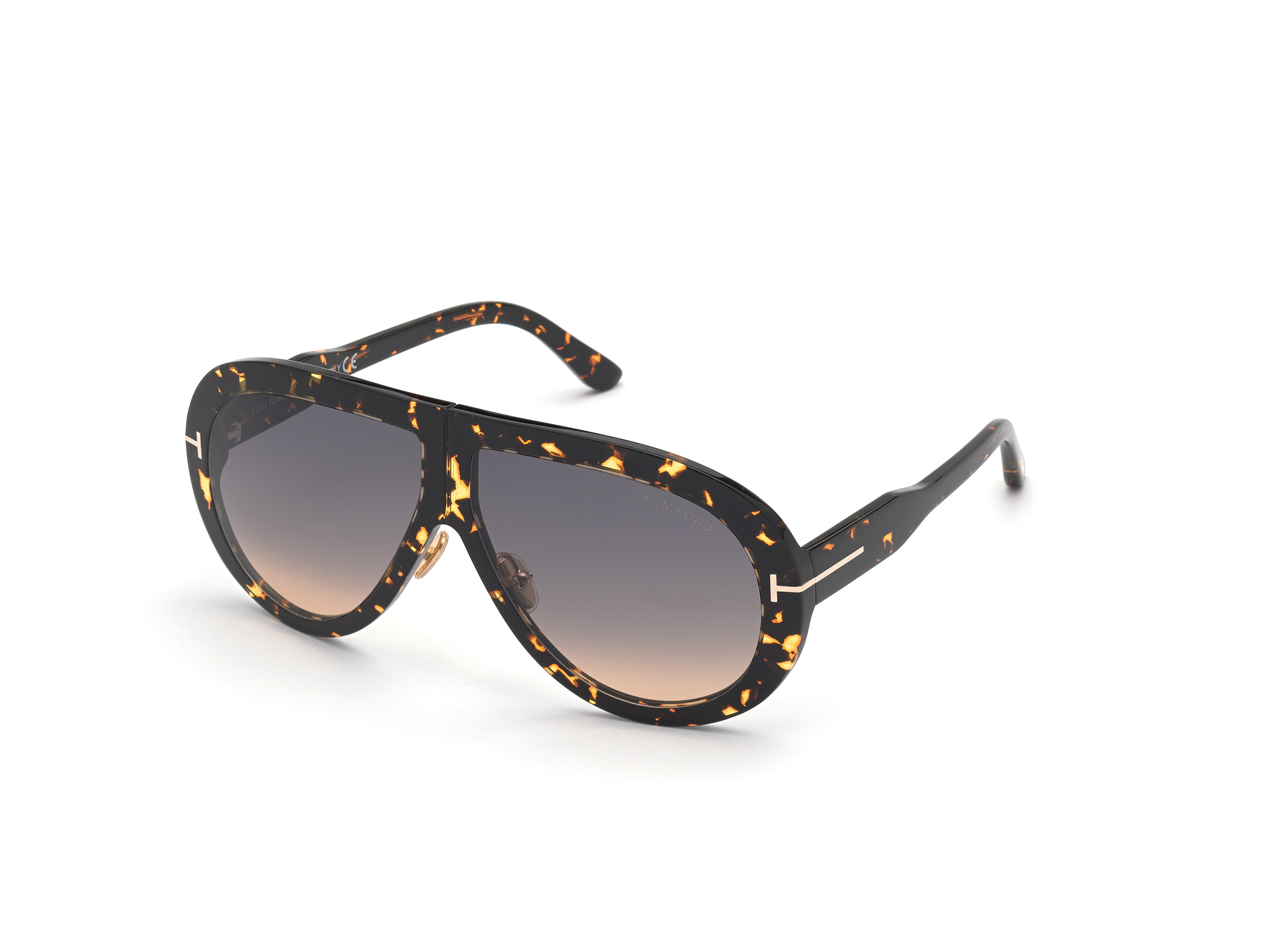 Metallic Rounds: Prescription glasses are as subdued as ever, with round-shaped metallic frames stealing the spotlight at the digital fair. From Ray-Ban’s and Persol’s ultralight titanium iterations to Max Mara’s irregular rounded frames in burgundy and Prada’s brushed metal version, there were plenty of lightweight frames, which appeared particularly apt for the times, with everyone still wearing mandatory masks that already leave little exposure of the wearer’s face. 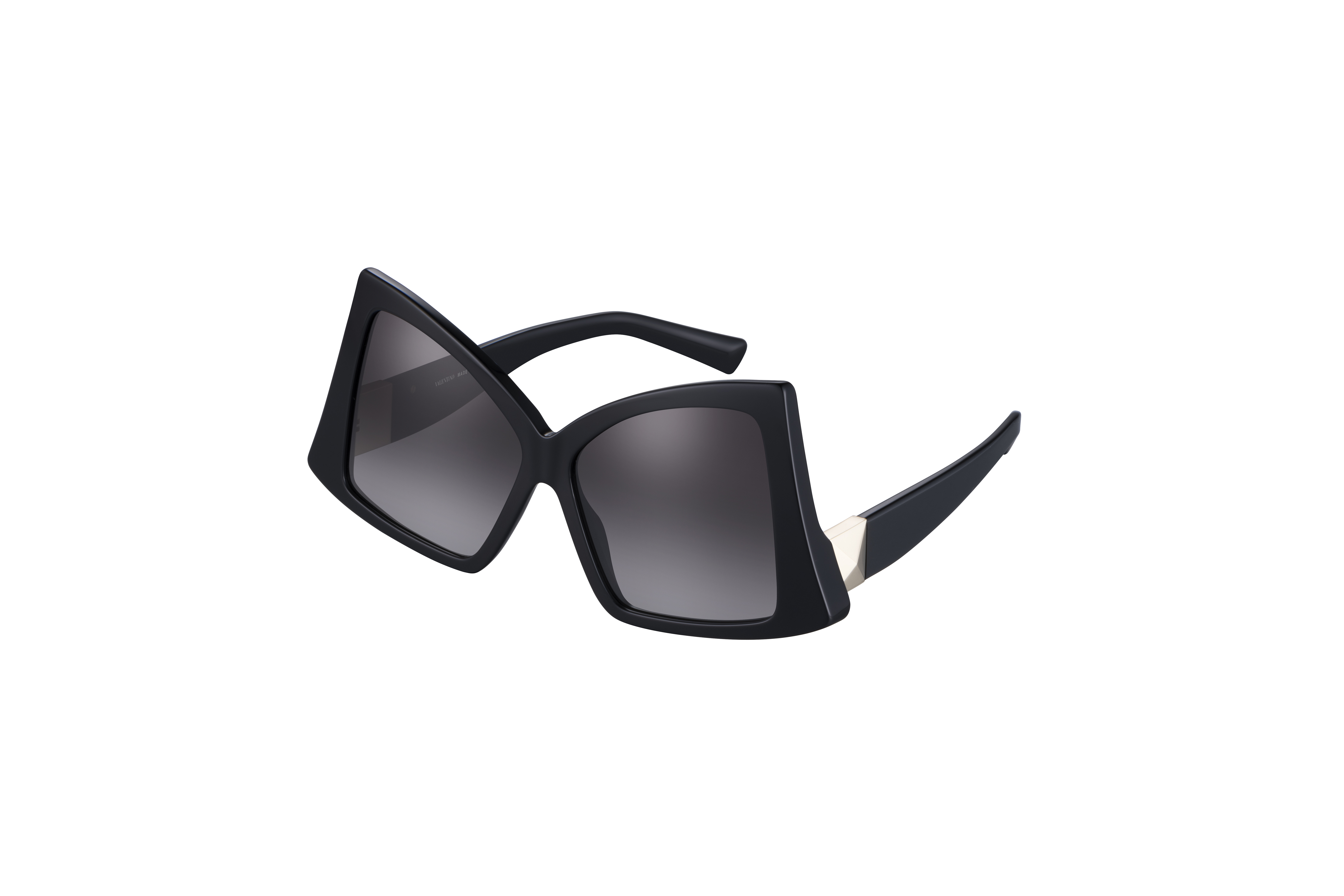 Bejeweled: Eyewear sparkled at Mido, with several brands opting for bejeweled decorations enriching the accessories. Giorgio Armani added diamond-cut rhinestones to the temples of hexagonal teal- and hazel-colored sunglasses, while Miu Miu decorated the lenses of round glasses with giant crystals. Elsewhere, jewel-like decorations were subtler in the form of chains — bearing the brand’s signature V logo on Valentino’s sleek optical styles and rendered in gold medal on Burberry’s edgy black square sunglasses. Miu Miu also had lucky charms in the shape of swallows and cats hanging from the temples of its signature cat-eyed style. 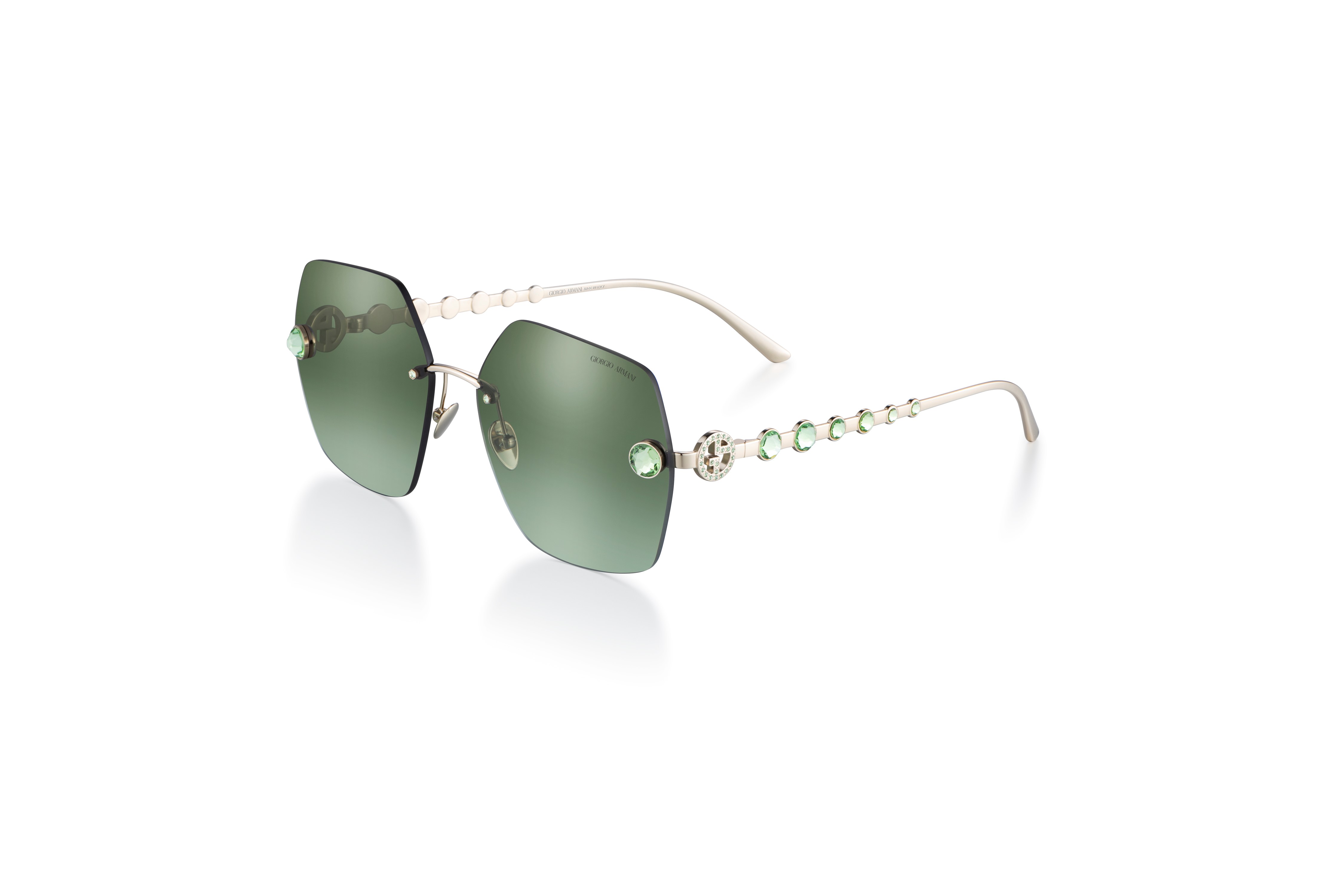