Home » Mike Tyson’s Thoughts on $100 Million 'Bite-Fight' Against Evander Holyfield, 23 Years Later — 'I Would’ve Bit His Nose, His Lips, Anything'

Mike Tyson’s Thoughts on $100 Million 'Bite-Fight' Against Evander Holyfield, 23 Years Later — 'I Would’ve Bit His Nose, His Lips, Anything'

Mike Tyson participated in a number of highly publicized boxing matches, but none compare to his epic 1997 rematch with Evander Holyfield for the heavyweight championship. The two had squared off for the first time several months prior, with Tyson losing the match after the referee stopped the fight in the 11th round.

Expectations were high for the match, and the $100 million worth of ticket sales proved it. The match generated 1.9 million pay-per-view buys, and Tyson was getting paid $30 million for the competition. As the defending heavyweight champ, Holyfield received $33 million.

Unfortunately, fans never got the rematch they deserved because Tyson bit off a piece of Holyfield’s ear, forcing the referee to stop the match in the third round. 23 years later, Tyson looked back on the incident and admitted he would’ve bitten any part of Holyfield that was vulnerable.

Mike Tyson wishes he hadn’t gotten so mad during the ‘Holyfield vs. Tyson II’ match 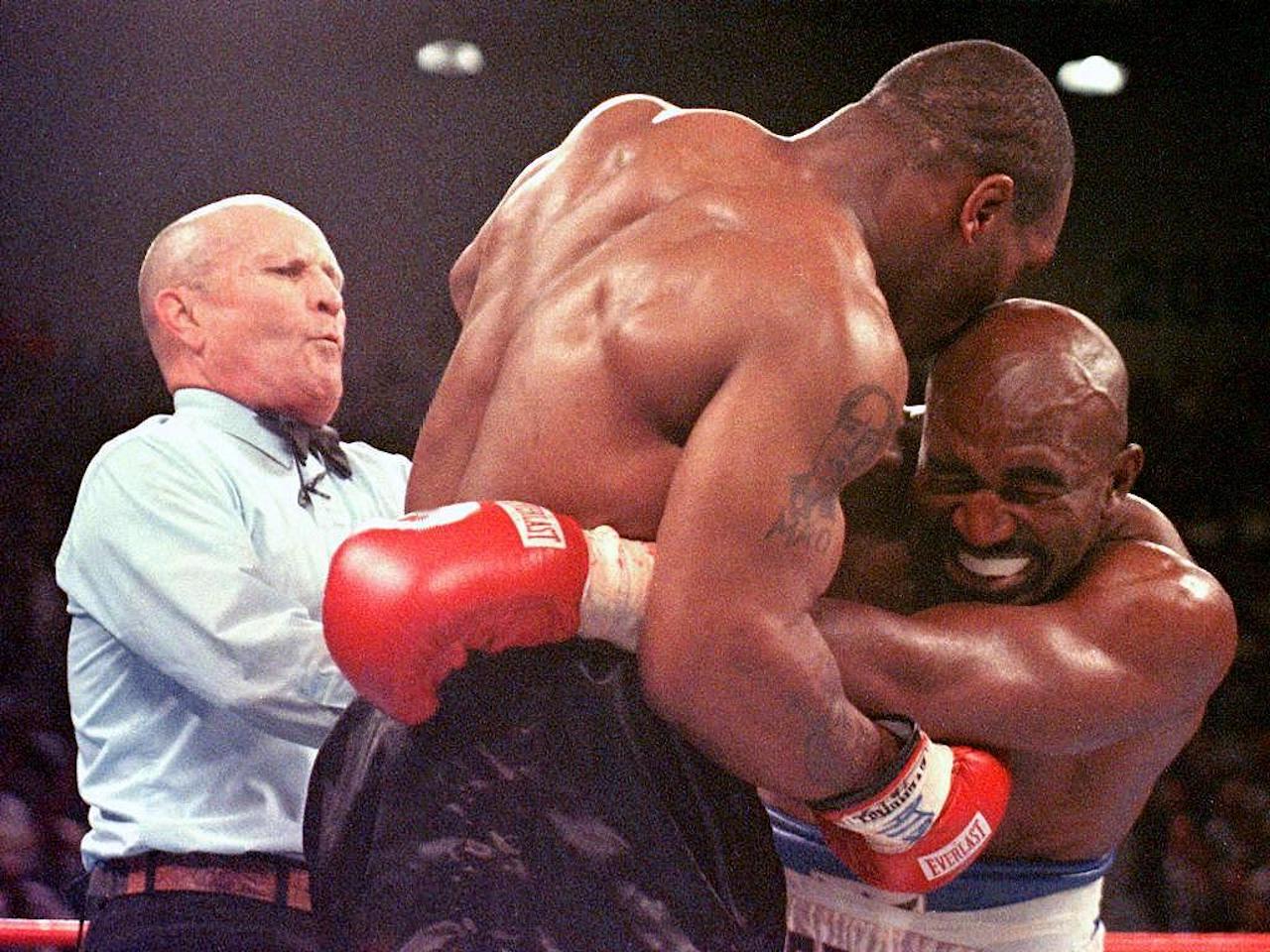 Tyson reminisced on the bizarre match during a 2020 interview with VLAD TV.

“I shouldn’t have gotten too mad … I should’ve just cooled down and just went through that fight. … I was just mad and pissed off, and was bleeding,” Tyson said. “I thought they would probably stop the fight because of my eye, and I just lost it.

He was doing everything he could to hurt Evander Holyfield

When asked why he chose to bite Holyfield’s ear of all places, Tyson admitted that it was because he wanted to hurt him as badly as he could. At this time, Holyfield’s ear was the most vulnerable part of his body.

“Well, I just wanted to hurt him more than he hurt me,” Tyson said. “Because I was headbutting him too. And I guess I wasn’t hurting him enough because he was headbutting me back. So I put the bite in the game. I wish I didn’t do that, but I did.”

During a separate 2020 interview on his Hotboxin’ podcast, Tyson noted that he can’t really remember what was going through his mind at the time, but he knew he wanted Holyfield to die.

“I just f*cking… Last thing I remember, I said, ‘This motherf*cker is gonna die.’ And it was on.”

Tyson then admitted that he’d have bitten any part of Holyfield’s body at the time if it was going to hurt him.

Later in the Hotboxin’ interview, Tyson sheepishly acknowledged that his anger was not only caused by Holyfield’s headbutting, but also by the fact that Holyfield was legitimately beating him in the match.

“He was headbutting the sh*t out of me, right? … But the n*gga was just ringing my f*cking bell,” Tyson said, laughing.