Mother, 34, reveals she’s often mistaken for her 17-year-old son’s YOUNGER sister or girlfriend due to her youthful appearance

A woman has gone viral after revealing she is often mistaken for her son’s sister due to her youthful appearance – with many believing she is half her actual age.

Dayna Qazi, 34, from Irvine, Southern California, is often asked if she is the sister or girlfriend of her 17-year-old son Julian, with many saying she looks even younger than the teen.

The professional photographer added that she’s ‘best friends’ with her Julian – who she welcomed into the world when she was 16.

Completing the ‘Yes No’ TikTok challenge, where users share the answers to commonly asked questions, Dayna said she’s often asked if she’s kidding when she tells strangers that she is actually her son’s mother. 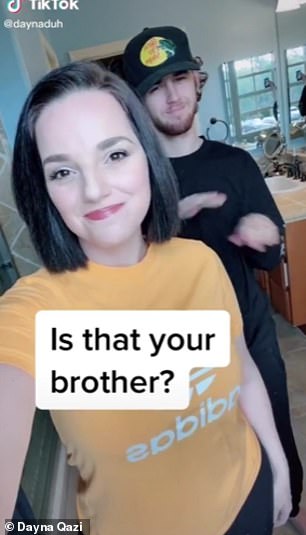 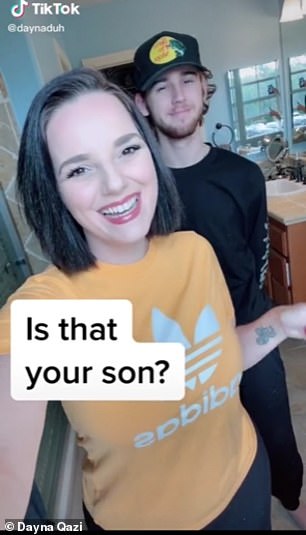 Dayna Qazi, 34, from Irvine, Southern California, is often asked if she’s her 17-year-old son Julian’s sister or girlfriend (pictured together, left and right)

The adorable video, which has racked up more than 13 million views online, resulted in an influx of shocked comments from viewers who were in disbelief at the pair’s age gap.

‘Were you, like, five, lol. You look younger than him, wow!’ wrote one, while a second penned: ‘Your mom looks younger than you.’

A third commented: ‘I thought you were gonna say he was your bf, you look the same age,’ while a fourth added: ‘I thought that was the girlfriend.’

A further TikTok user wrote: ‘You look great… I definitely would think you was brother and sister… bless you sweetheart.’ 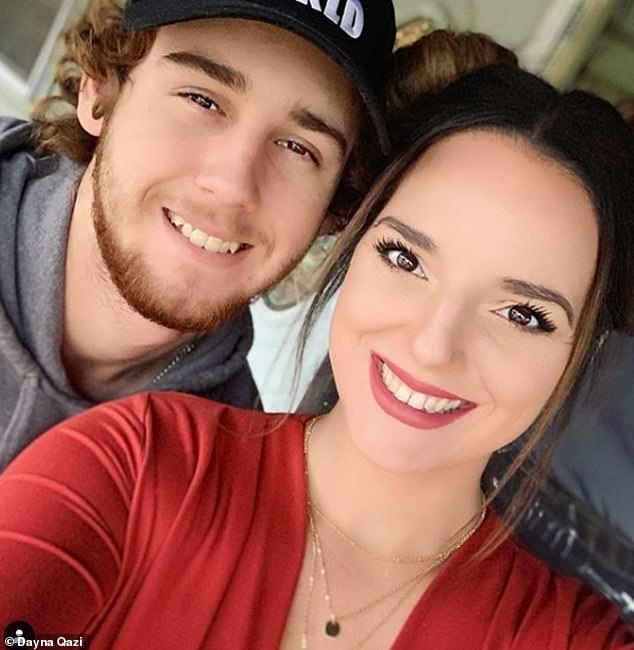 Taking to Tik Tok, Dayna revealed that she is often asked if she’s kidding when she tells strangers that she is her son’s mother. Pictured, with Julian 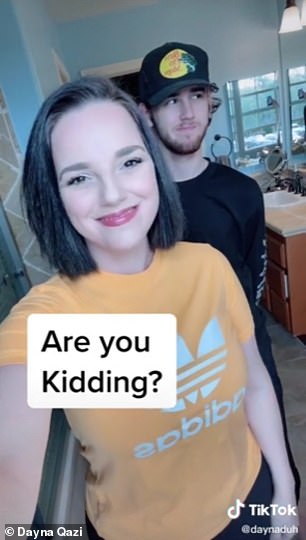 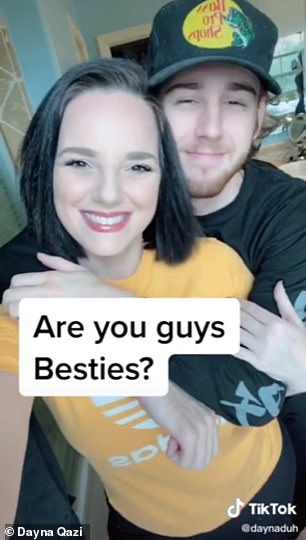 Dayna said she is ‘best friends’ with her son, but many think they’re the same age due to her youthful appearance. Pictured together, left and right

Another branded the revelation ‘crazy’ while a further said: ‘Teen mom too no regrets she’s amazing.’

Meanwhile, some joked that Danya must ‘scare all the girls away,’ while others praised her for her close relationship with her son.

She added that this includes a tummy tuck⁣, breast lift, breast implants, fat transfers and liposuction. 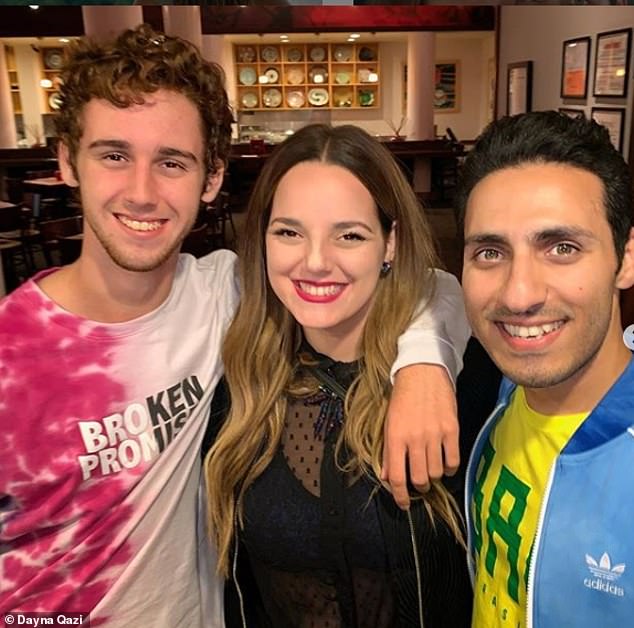 Youthful-looking Dayna is pictured with her son, left, and her husband, right, on her 33rd birthday 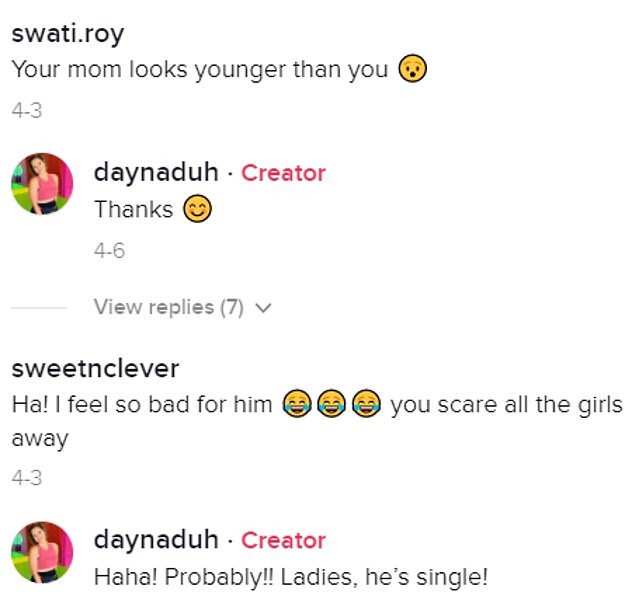 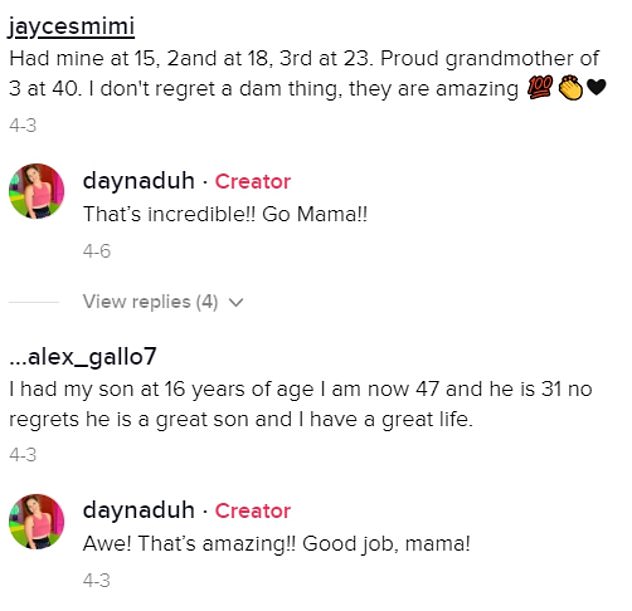 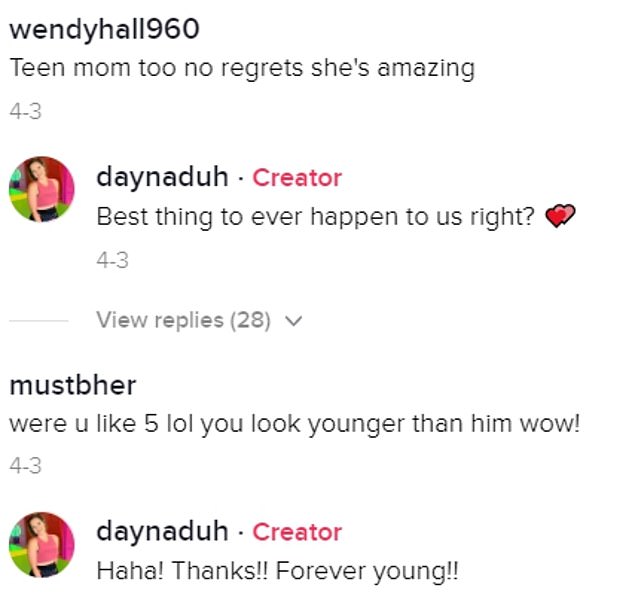 Many shocked TikTok users were quick to take to the comments section, with one joking: ‘Were you like five lol. You look younger than him. Wow!’ (pictured_