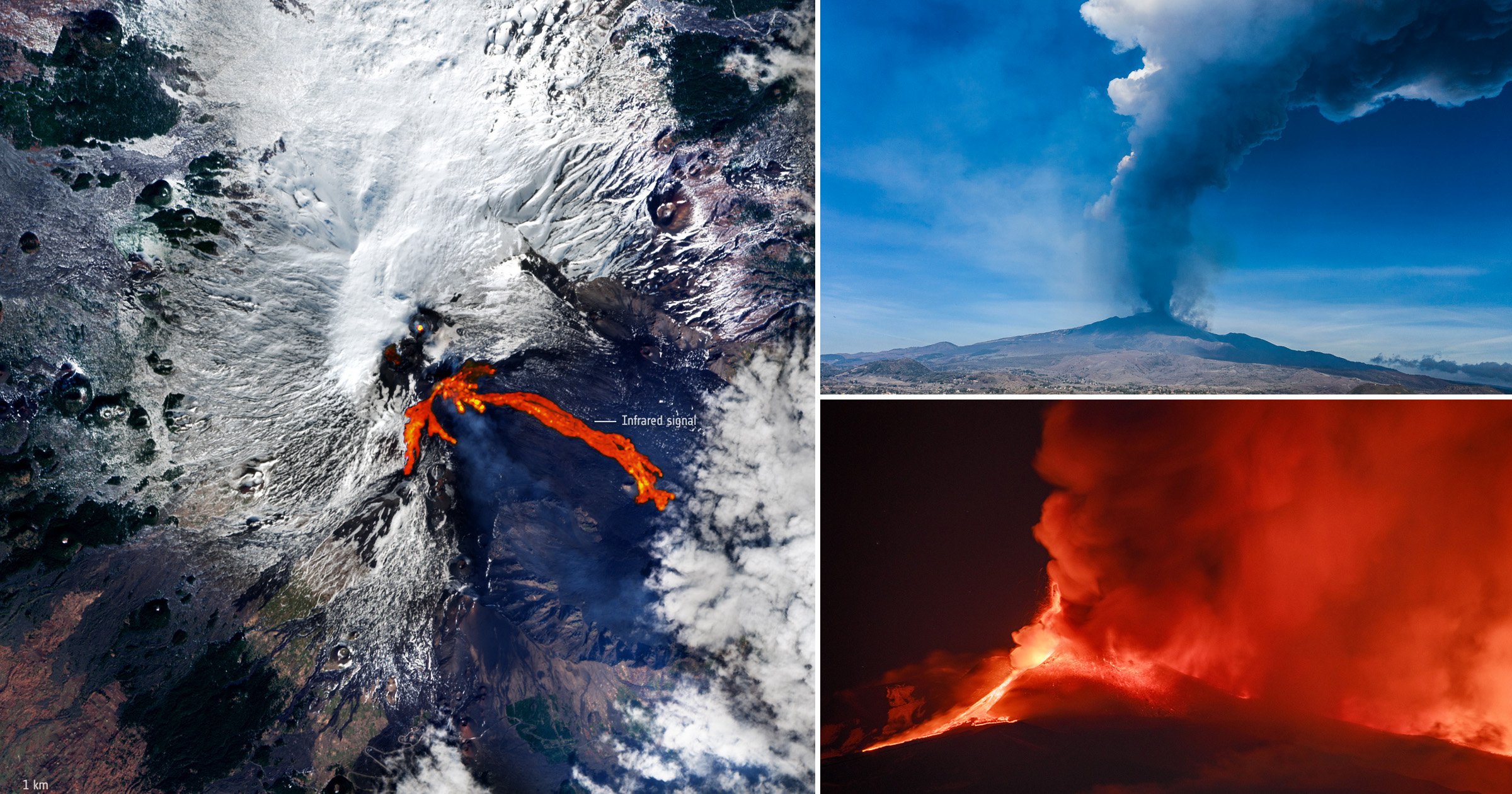 Mount Etna is continuing to erupt in Italy, causing spectacular views and some inconveniences for local residents.

Locals and municipal teams worked Wednesday to clean up a Sicilian village nearby after Europe’s most active volcano spewed lava, ashes and volcanic stones over it.

The eruption, which featured spectacular displays of gushing lava, forced the temporary closure of Sicily’s Catania Airport, a frequent occurrence when Etna is in an active phase.

As Tuesday’s volcanic activity was largely expected, areas surrounding the crater were secured and there were no reported injuries or deaths.

The eruption was big enough to be seen from space.

And nearby residents said this outburst was unusual in that big chunks of volcanic stones carpeted the area, not just ash.

‘It was a rain of stones. Something I never saw in my entire life,’ Pedara resident Letizia Olivieri said.

Pedara Mayor Alfio Cristaudo said the village was in emergency mode from the extent of the eruption.

‘The entire territory of Pedara and all the streets are covered in volcanic ashes and lapillus,’ or volcanic stones, he said.

Residents and local teams cleaned streets, courtyards and cars, bagging the ash and waiting for municipal collectors to take it away.

Driving motorbikes and scooters was forbidden, and the speed limit for cars was reduced to limit the further spread of ash.

Pedara resident Massimiliano Formica said he was at home Tuesday afternoon when he heard what he thought was the beginning of a rainstorm.

But when he looked outside, he saw it was ‘raining in a weird way. I went out and I saw soil falling down. Also big stones.’

Etna is a popular tourist destination, and its eruptions, especially when seen at night, are spectacular to watch.