Home » Lifestyle » NASA news: Supernovas and nebulas shine through in a breathtaking array of X-ray images

NASA news: Supernovas and nebulas shine through in a breathtaking array of X-ray images

The compilation of NASA images reveals was snapped across a wide mix of missions and using different space telescopes. But what they have in common, is they reveal the Universe as you have never seen it before and all contain data from the Chandra X-ray Observatory.

The photos detail a wide variety of features found in space.

From radio waves to gamma rays, this ‘multi-wavelength’ approach to astronomy is crucial to getting a complete understanding of objects in space

These range from galaxies and supernova remnants to stars and planetary nebulas.

NASA said: “Humanity has ‘eyes’ that can detect all different types of light through telescopes around the globe and a fleet of observatories in space.

“From radio waves to gamma rays, this ‘multi-wavelength’ approach to astronomy is crucial to getting a complete understanding of objects in space.” 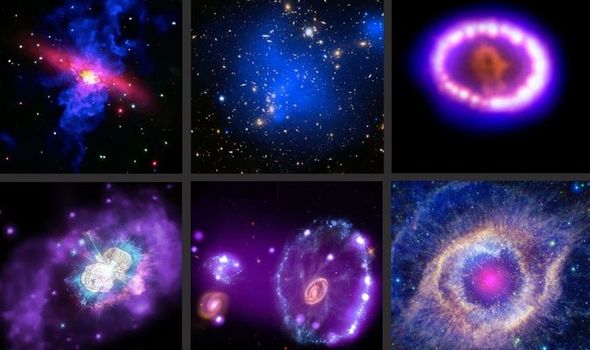 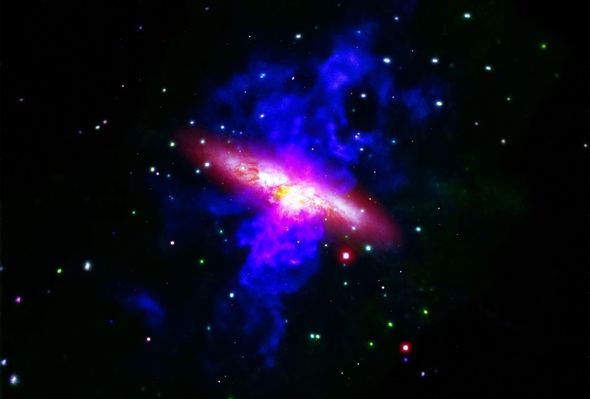 And together, NASA said the images highlight the possibilities when data from across the electromagnetic spectrum is combined.

Among the highlights of the six images in the complication, is that of Messier 82 (M82).

This is a galaxy oriented edge-on to Earth, providing astronomers with a fascinating opportunity to see this distant galaxy undergoing bursts of star formation. 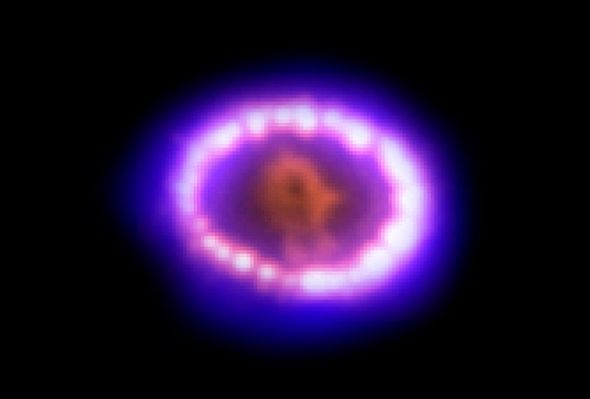 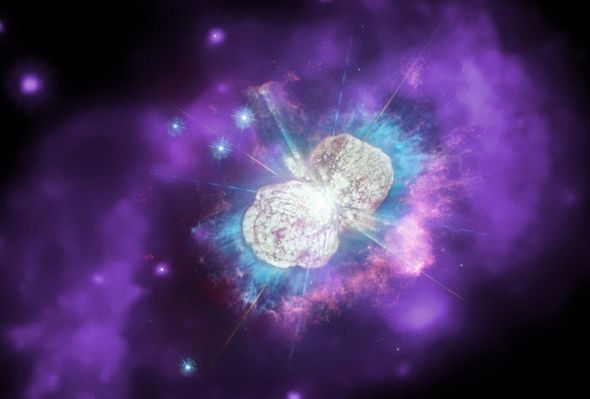 Dubbed 1987A (SN 87A), this is the brightest supernova seen in centuries.

Next is Eta Carinae, which offers an indication of what will happen when a star in our galaxy will explode as a supernova.

This is a volatile system featuring two enormous stars in close orbit.

The photo is a composite including three forms of light: optical data appearing as white, cyan-coloured ultraviolet and X-rays appearing as purple.

Past eruptions have resulted in unimaginably hot, X-ray spewing gas about 2.3 light-years across in a ring shape surrounding the stellar pair. 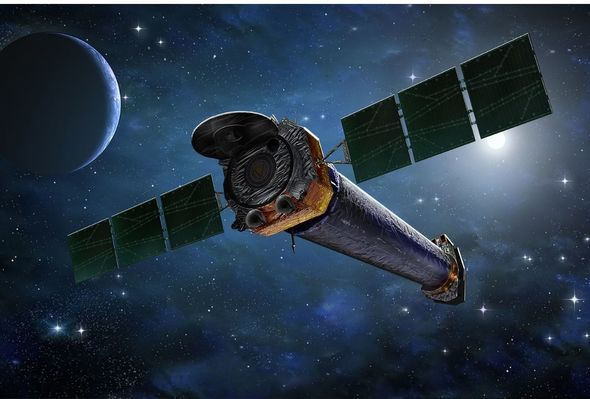 What is NASA’s Chandra X-ray Observatory?

Launched by the Space Shuttle Columbia in 1999, the Chandra X-ray Observatory is the most powerful X-ray telescope ever built.

Chandra boasts eight-times greater resolution and can detect sources more than 20-times fainter than any of its predecessors.

X-rays are created when matter is heated to millions of degrees.

This is relevant as such sweltering temperatures occur where high magnetic fields, or extreme gravity, or explosive forces, are in play.

According to NASA, the space telescope can help better define the hot and turbulent regions of space.

NASA said: “This increased clarity can help scientists answer fundamental questions about the origin, evolution, and destiny of the Universe.”