Apple made a surprise announcement last week with the US firm lifting the lid on an all-new iPhone SE. This updated smartphone arrives with plenty of flagship features but at a price that makes owning an iPhone a lot more affordable – something that should make it a hugely popular addition to Apple’s expansive range of gadgets.

The SE is available now to pre-order with the device shipping to homes from Friday this week.

So, if you are thinking of investing in an iPhone SE, here’s five things you need to know about this device.

Despite the iPhone SE being Apple’s entry-level smartphone, the US firm isn’t messing about when it comes to raw power. This latest device gets the ludicrously quick A13 Bionic processor which is the same brains that power the flagship iPhone 11 and 11 Pro.

This boost should mean the SE gets some pretty impressive performance with the A13 regarded as one of the fastest chips on the market.

In fact, Apple is boasting that the new iPhone SE is up to 2.4 times faster than the CPU found on the previous SE.

Along with improved gaming and faster app opening speeds, the A13 Bionic is also much more efficient so expect your new SE’s battery to last a little longer than before. 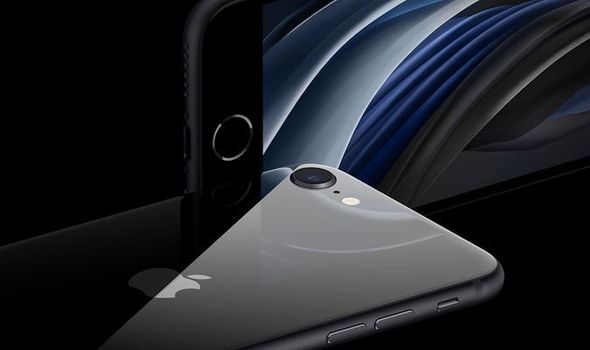 Apple’s most recent devices have all arrived with more and more cameras on the case with the iPhone 11 Pro now featuring a trio lenses.

However, the SE goes back to basics with this new phone getting just a single rear lens – but don’t panic as Apple has included plenty of tricks in a bid to improve its photographic credential.

That’s all clever stuff but the best addition to the SE has to be its Portrait mode. To get these stunning DSLR-style shots you’d usually need a couple of cameras on the rear case but Apple is using some clever software to detect faces and allow the background to be blurred.

The SE even lets you change this depth effect after the image has been taken and you’ll get full access to Apple’s Portrait Lighting setting which will add some serious glamour to your selfies. 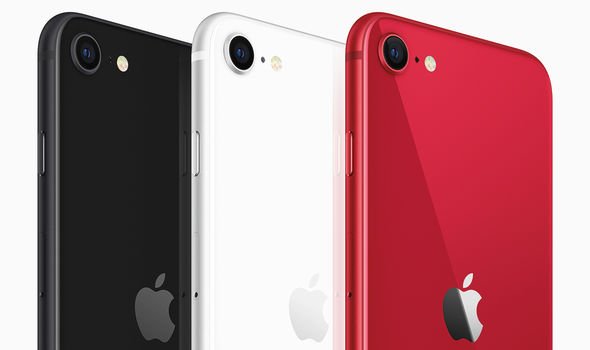 If you want the iPhone SE in your pocket then you might be pleasantly surprised by its price. Apple is starting things from just £419 – that’s for the 64GB version – with prices rising to £569 if you want 256GB of storage. There’s also a 128GB model which lands in your hand for £469 which is probably the model we’d recommend.

It’s worth noting that if you have an older iPhone to trade-in you can get the iPhone SE for as little as £10.99 per month.

iPHONE SE – NOT AS COLOURFUL AS YOU MIGHT HOPE

The iPhone 11 comes in a number of fruity colours including a striking Green, Yellow and Purple.

Sadly, Apple isn’t bringing such a wide variety of flavours to the SE with this budget device only available in Black, White and (PRODUCT)RED.

There will, no doubt, be a bunch of cases that will launch alongside the SE and it’s also worth remembering that your old iPhone 8 accessories will fit this new phone.

It might be cheaper but Apple has made sure the SE gets plenty of useful features including fast and wireless charging.

You don’t get either of these accessories in the box with the SE shipping with a standard plug.

However, if you have a more powerful Apple plug in your house or a Qi charging dock then this new phone will be fully compatible.

There’s no word on battery life although Apple claims this new phone should last as long as the iPhone 8.

BATTERY: Wireless and fast charging – not included in the box

BUILD: Water and dust-resistant with an IP67 rating for water resistance up to 1 metre for 30 minutes.