CHELSEA boss Thomas Tuchel revealed N'Golo Kante will NOT play 90 minutes against Everton as he provided an injury update.

The Frenchman returned to the squad at the end of January having been sidelined with a hamstring problem. 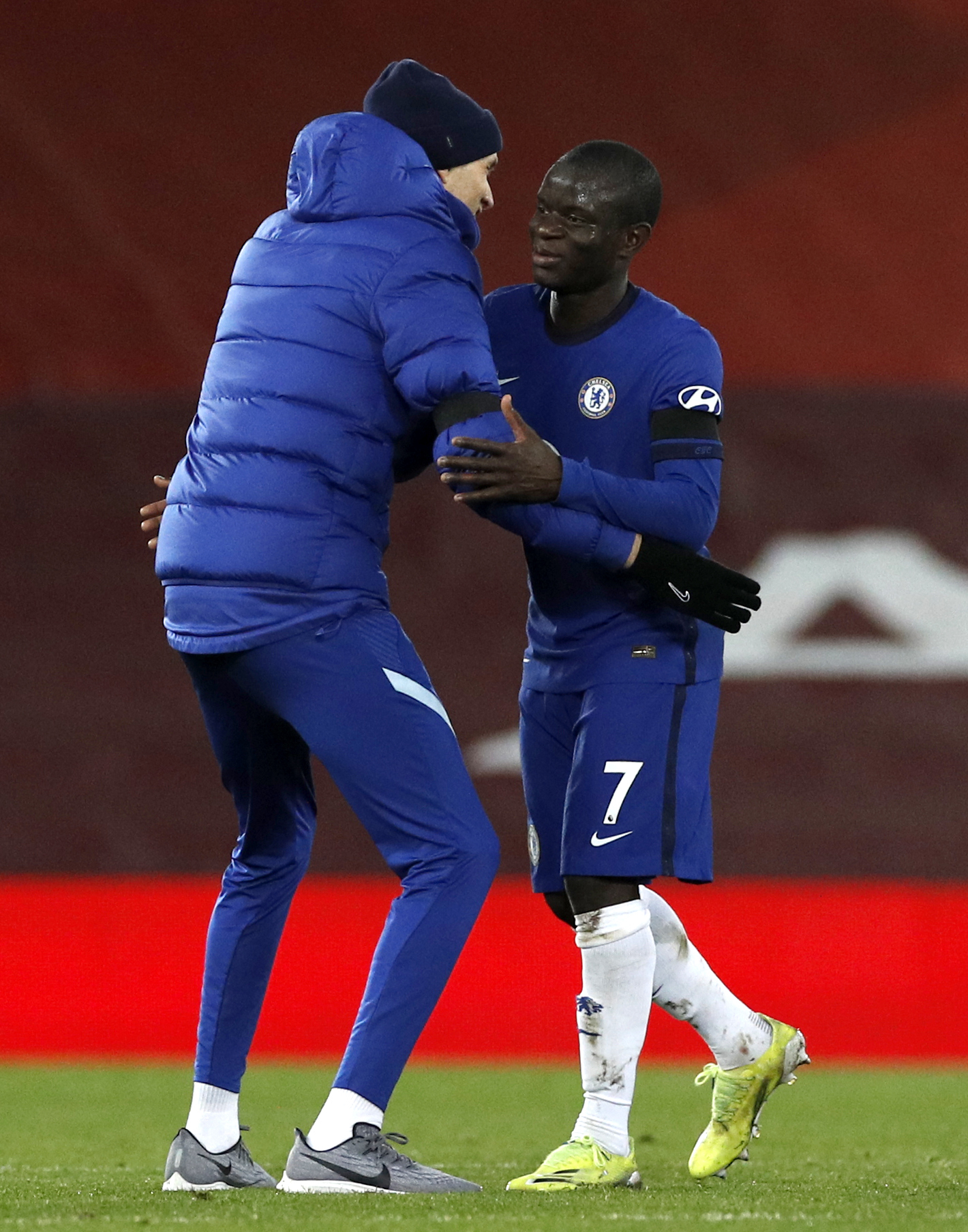 He has started the Blues' last three matches and was a key figure in their away trip at Liverpool, providing the assist for Mason Mount's winner.

But Tuchel confirmed Kante, 29, will be given a rest in some capacity when Chelsea welcome Everton on Monday evening.

He said: "This is unbelievable and we see his intensity in the physical report after matches and we think maybe they tracked two people and put it into one sheet.

"It is unbelievable what he delivers in terms of intensity and ball recoveries and of devotion for a group.

"This is world class, the highest level, and we are very happy he is in our squad. He comes from injury.

"He will not play now all games 90 minutes before we arrive at the international break. We have to manage him."

He has adopted a three at the back formation, with a two-man central midfield and wingbacks.

Kante, as well as Jorginho and Mateo Kovacic, have all enjoyed roles in the midfield pivot and Tuchel has been left over the moon with the results.

He said: "I am very happy to have him and Kova and Jorginho in defensive midfield.

"This is exactly the level we need to win games at the highest level and I am super happy with all of them."

Chelsea, unbeaten under Tuchel, are currently fourth, and a win will put them four points ahead of Everton, who still have a game in hand.