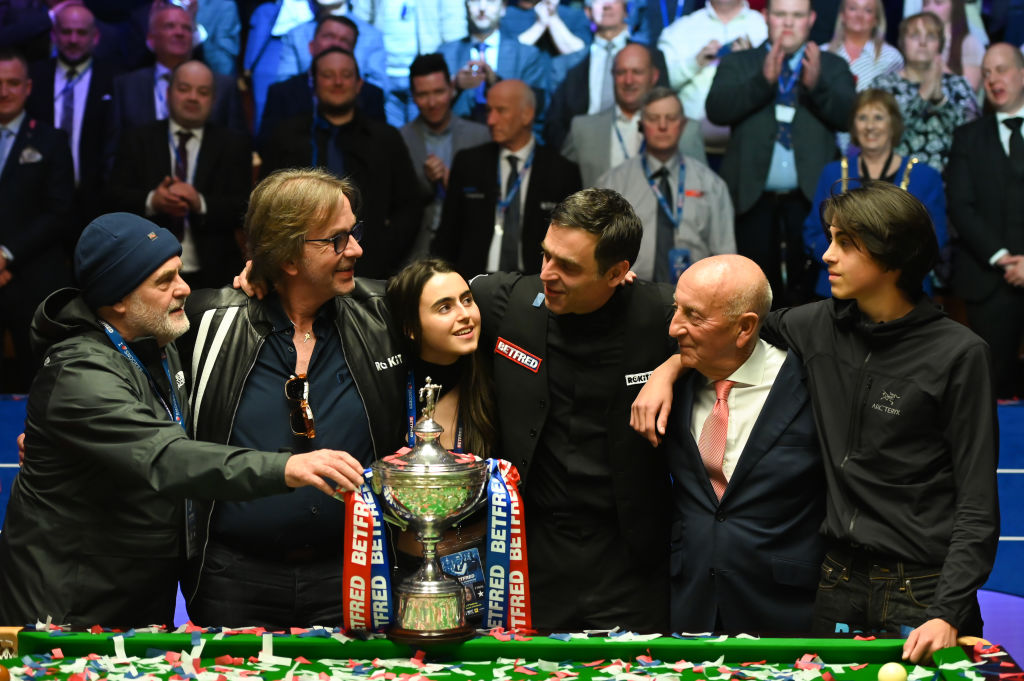 Ronnie O’Sullivan’s father said it was the best moment of his life as he celebrated his son’s seventh World Snooker Championship title at the Crucible this year.

The Rocket equalled Stephen Hendry’s record of seven world titles in May and was hugely emotional after beating Judd Trump, hugging his opponent for an incredible amount of time before celebrating with two of his children.

His father also joined in the celebration on the Crucible floor, which was a moving moment for Ronnie senior and the world champ as they have not been able to share all of his victorious moments over the years.

O’Sullivan Sr spent 18 years in prison for murder, released in 2010, and has been at some tournaments with his son since then, but far from all, so this was a special moment for the family in Sheffield, perhaps the most special of Ronnie Sr’s life.

‘My Dad would never come onto the stage,’ O’Sullivan said on upcoming Eurosport documentary Seventh Heaven. ‘I think it was only because Barry Hearn said to him, “Look you better get out there”. He said “No, I ain’t getting out there”. [Barry] said “You’re getting out there!” and pushed him out there. He went “Go and enjoy your moment with your son.”

‘My Dad said to me afterwards, “You know what, I’m really glad we’ve done that because that was the best moment of my life”. I want everybody else to experience it.

‘Whether I win or not, it doesn’t really matter. It does to my Dad who’s like “you’re gonna win it, you’re gonna win it.” I just wanted him to have a good time because he wasn’t here for a lot of years to share some of these moments.

‘For me, I just wanted him here to experience it and just get a feel for it because if it wasn’t for him, in my early days, I probably wouldn’t have been a professional sportsman or anything really because he instilled that discipline in me.

‘He come (sic) from a hard background. I was a bit flaky. I just wanted to have fun and have a laugh and he was like, “No, we don’t do it like that.” So he kind of incorporated that bit of seriousness into how I go about my career really.’

Seventh Heaven premieres Saturday at 8pm on discovery+ and Eurosport 1. The Northern Ireland Open is live and exclusive on Eurosport, discovery+ and Quest from October 16th.

For more stories like this, check our sport page.