Over 1,400 flights delayed, canceled on Tuesday

Flight disruptions continued across the U.S. on Tuesday, easing slightly after severe weather caused an onslaught of delays and cancellations a day earlier.

As of 10: 30 a.m. ET Tuesday, more than 1,200 flights in, out of and across the nation have been delayed, according to flight tracking website FlightAware. Another 450-plus flights were canceled.

That's down from the nearly 10,000 disruptions passengers faced Monday. Just over 8,300 flights were delayed and an additional 1,485 flights were canceled.

Kathleen Bangs, spokesperson for FlightAware, told FOX Business that Texas airports were hit particularly hard due to storms that "slowed both airborne flights, and airport ramp traffic, as ground workers struggled to fuel and load jets during episodes of lightning that can often require personnel, per safety rules, to pause their duties." 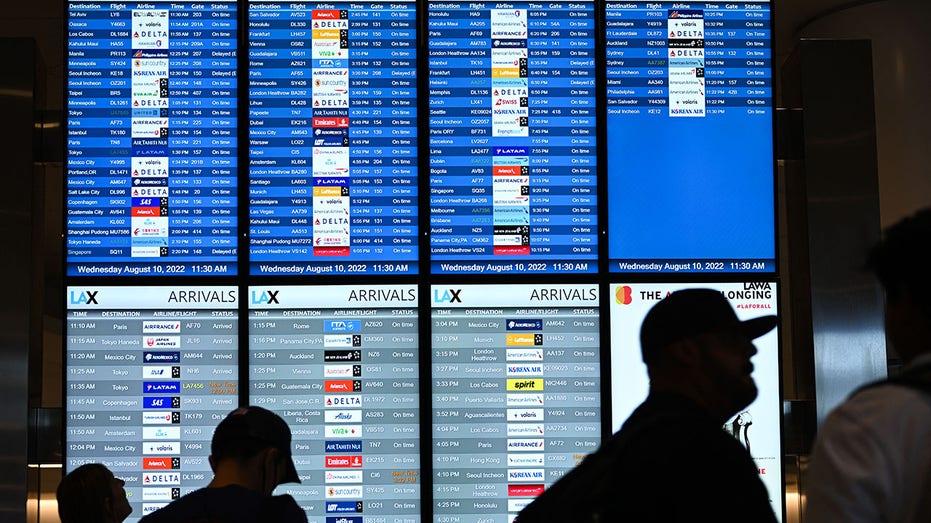 While the Dallas area was trying to recover from over 10 inches of torrential rainfall and flash-floods, nearly 60% of flights out of the Dallas Fort Worth International Airport were delayed, which was the highest percentage for any major airport across the country, according to Bangs.

Meanwhile, Dallas Love Field, which is the base for Southwest Airlines, also delayed 33% of all flights.

In the Northeast, a Twitter user posted images of thousands of passengers purportedly waiting around for luggage for hours at Newark Liberty International Airport.

"This is what Newark Airport looks like right now! Thousands of frustrated and angry passengers. Imagine sitting on a plane for hours and waiting another 2 hours for luggage," the Twitter user wrote.

A bevy of flights has been disrupted this summer as carriers faced bad weather and air traffic control issues on top of ongoing staffing shortages. The issues persisted for much of the summer as demand reached pre-pandemic levels, infuriating passengers and government officials. The heads of major passenger carriers even apologized for the turmoil this summer and took measures like increasing hiring and training to even cutting schedules in an effort to improve reliability.

Still, Transportation Secretary Pete Buttigieg told the CEOs of 10 U.S. airlines that his department could take action if carriers don’t provide more transparency on why the disruptions are occurring, calling the problems in recent months "unacceptable."

Although delays and cancellations have been particularly high recently, the worst days of 2022 were in the first quarter, according to Bangs.

In January, the airlines hit a 40% delay rate, and in February when cancellations spiked to more than 5,000 flights, Bangs said.