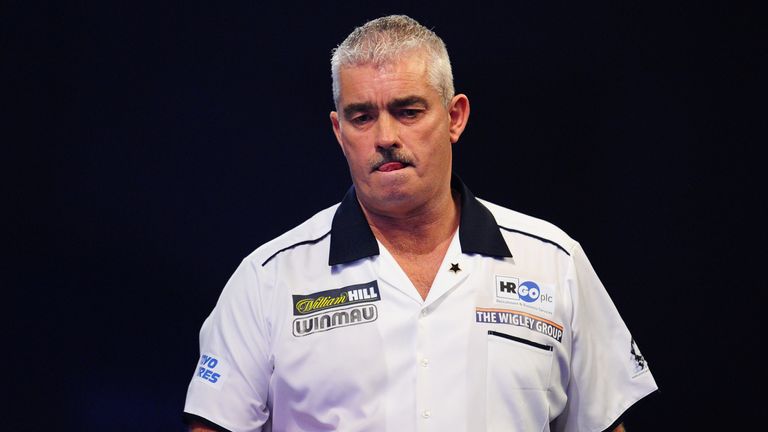 Carl Wilkinson found himself in unstoppable form as he fended off competition from Steve Beaton to clinch Group 13 honours and reach the knockout stages of the PDC Home Tour on Wednesday.

The world No 89 swept aside world No 63 Matthew Edgar in impressive style before edging out exciting young talent Callan Rydz to move a step closer to top spot, which was confirmed when he made it three wins from three against Beaton.

It was The Bronzed Adonis Beaton who took second place having suffered a 5-1 loss to Edgar, whose chances had been quashed in a 5-2 loss to Rydz.

Wilkinson joked: “I’m delighted, but I’ve made three angry men. I hope I don’t draw them in the first round when we get going.”

Beaton, who won the BDO World Championship two years before Rydz was born, built a healthy leg advantage in the opener as he overcame the 21-year-old 5-1. He produced a superb 121 checkout to go 2-1 up on his march towards victory after a disappointing first leg from both.

Wilkinson produced one of the best performances seen in the PDC’s Home Tour to date when he averaged 101.6 to brush aside Edgar by five unanswered legs. A 174 visit helped him secure a tone-setting first leg, which marked one of three 14-darters alongside one 13-darter in what proved a clinical display.

He continued his stunning form against Rydz next time out, averaging over 96 to win 5-3 in a match that started with an exchange of four successive breaks of throw followed by a 160 checkout from Wilkinson to later make it 3-3. The Yorkshireman refused to look back from there with back-to-back legs to seal his second win. 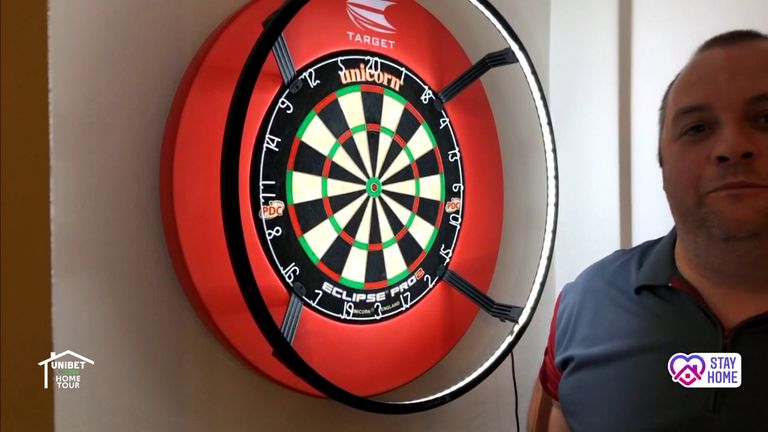 Needing to win by four clear legs to keep himself in it, Edgar went 1-0 down before reeling off five straight to see off Beaton 5-1 in Game Four of the night. Having waited just over an hour to win his first leg of the group, Edgar sported a wrestling championship belt in celebration of the moment.

Edgar’s slim chances of winning the group faded in Game Five as he lost 5-2 to Rydz having required a whitewash to stay in the hunt. The pair were undivided at 2-2 until Rydz produced three straight legs to finish his evening with a win.

The group was officially Wilkinson’s when he won two legs to deny Beaton the 5-0 or 5-1 victory he needed in order to claim top spot in their decider. He eventually ran out a 5-2 winner to become the latest player to complete the clean sweep in his group, booking his place in the next stage in the process.

Dave Chisnall, Geert Nentjes, Ryan Searle and Nathan Aspinall are among the winners of the opening groups so far, while world champion Peter Wright and world no 3 Gerwyn Price have both suffered shock defeats.