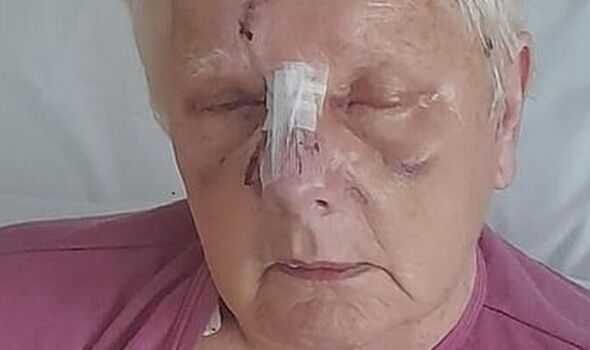 Jacqueline McGrew had popped round  to neighbour David Gorton’s house to pay for some cat litter he had bought for her.  As she entered the garden, she was brutally mauled by a dog belonging to David’s son, Sonny.

The 75-year-old had her scalp ripped down to the skull and suffered a broken jaw and dislocated nose, reports The Mirror.

She said: “I thought I was finished. I thought I’d had it. It was a bloodbath. I was covered in blood. I was a real mess.

“I could feel the dog biting my head, biting down to my skull. Then it got my nose. I was screaming with the pain. I must have tried to get the dog off me because it also bit my arm.”

Police suspect the dog is a “pit bull-type breed”.

Jacqueline added: “I didn’t know the dog was out. I wouldn’t have gone into the garden if I had. I was just closing the gate when it pounced on me.

“David must have heard me screaming because he rushed out and dived on it, pinning it to the floor.”

Jacqueline, from Blackburn, Lancs, was taken to hospital by a paramedic who lived nearby.

The dog which attacked her, called Kia, was one of two animals seized by police. 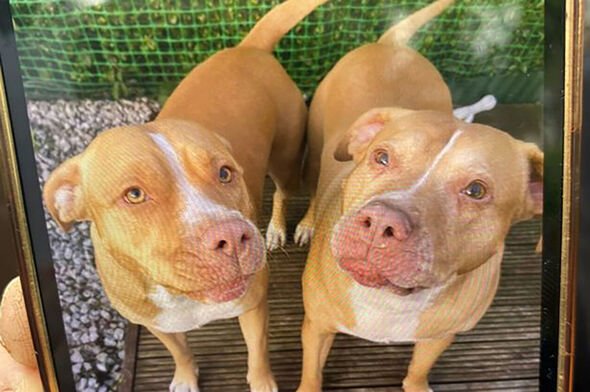 A warning sign on the owner’s gate said “Beware of dogs”.

But Jacqueline, who has spent the last week at the Royal Blackburn hospital, said: “It’s all right to have warning signs up but the dog needs to be chained up.

“I am an animal lover but with this dog I would have to say put it down.

“There is no way that I can think of this dog roaming around. The doctors told me it would take a year for the injuries in my head to heal.”

The Mirror is campaigning for Dangerous Dogs Act changes following a spate of serious injuries and deaths.

Jacqueline, who was awarded the British Empire Medal in 2012 for her community work, said: “I definitely support the campaign. This can’t keep happening. It could have been a child.”

Police said the investigation is continuing.