People reveal their biggest regrets from drinking too much alcohol

That’s definitely worse than a hangover! People reveal their biggest drunken regrets – from ‘washing’ sheets in the toilet to setting a passport on FIRE

Many party-goers know the feeling of regretting something they’ve done the night before – so spare a thought for these poor people who’ve woken up with more than just a sore head.

Whisper users from around the world have contributed anonymous confessions of things they regret doing while under the influence to a hilarious thread about behaving out of character.

Many admitted they found the courage to make a romantic move on a friend but more often than not, they were rejected.

A woman who lives in Minnesota said she sent sexual text messages to a male friend along with graphic photographs, after drunkenly forgetting that he has a girlfriend.

Another shared the misfortune of setting their passport on fire while on holiday in South America. 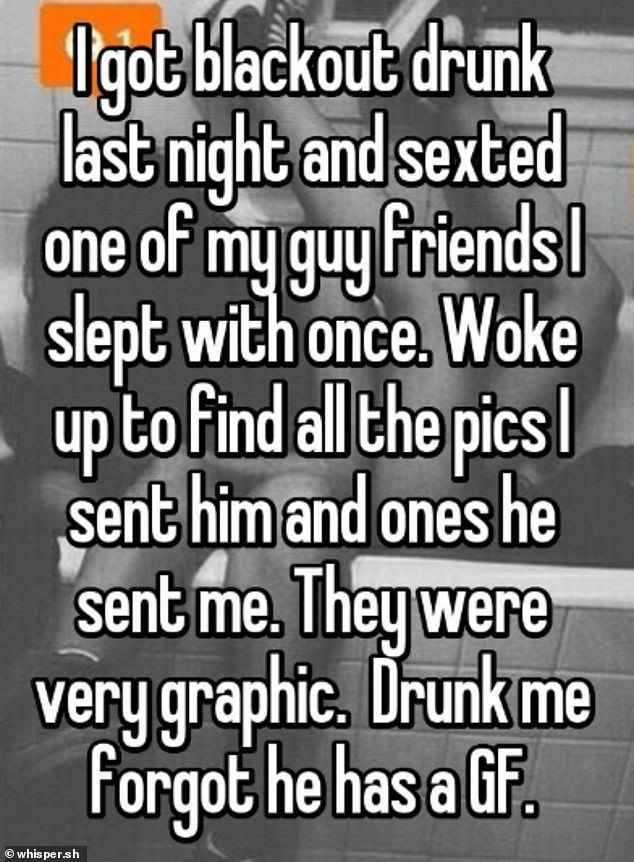 People from around the world shared their biggest regrets from getting blackout drunk, including a woman from Minnesota who sent sexual text messages to a male friend 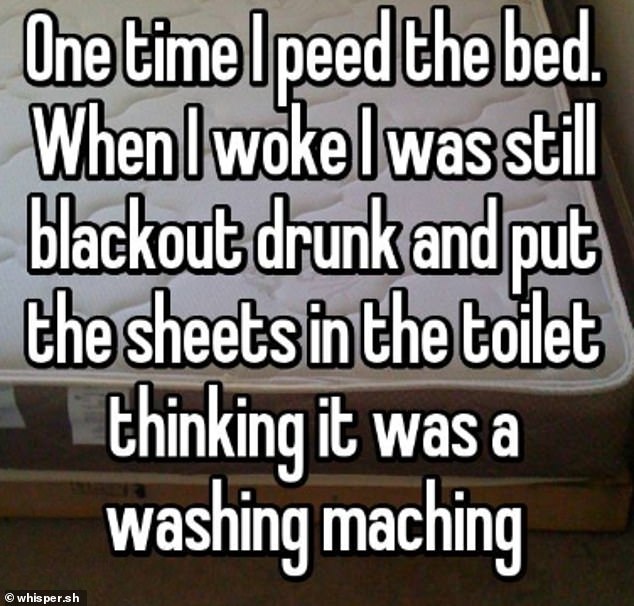 One person who didn’t disclose their location, said they wet themselves while drunk and accidentally put their sheets in the toilet instead of the washing machine Another individual who lives in California, confessed to eating an entire bowl of ranch dip, shooting fireworks in front of their house and running around half naked 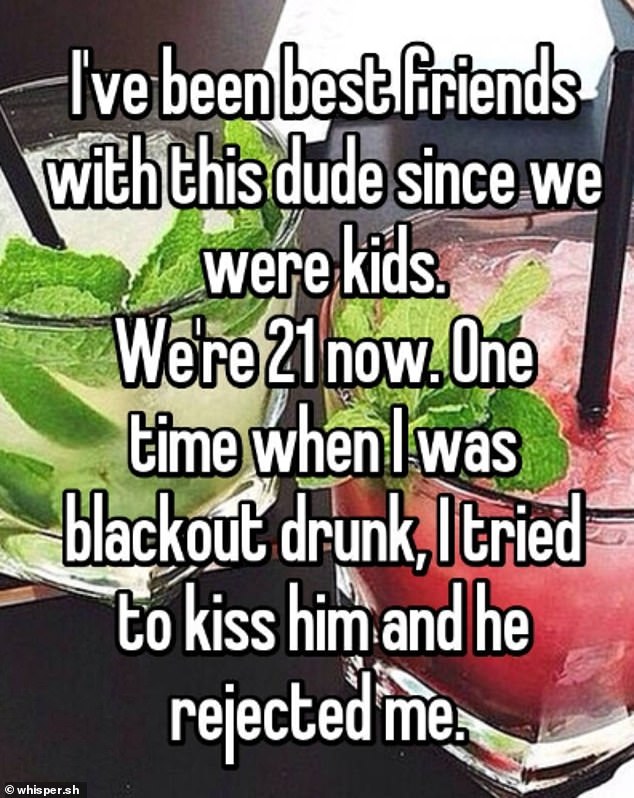 A woman who didn’t share her location, revealed that she was rejected after drunkenly making a move on her best friend 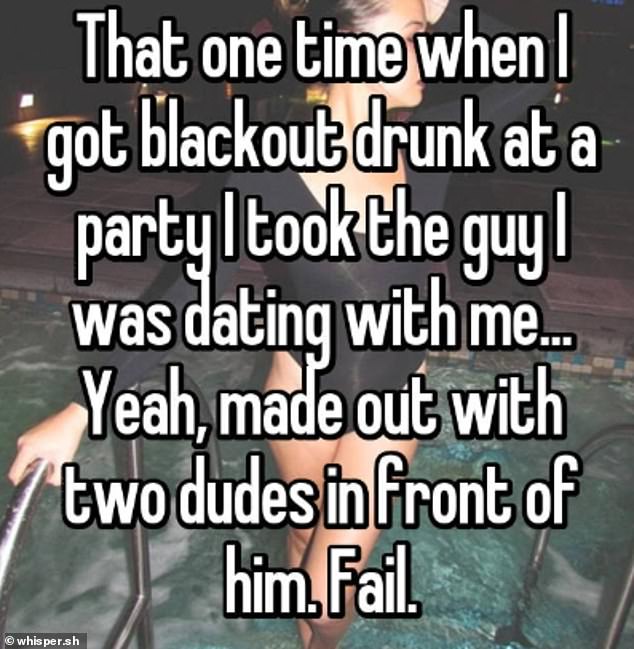 A woman from Boston, said she attended a party with a man she was dating and ended up kissing two other men in front of him 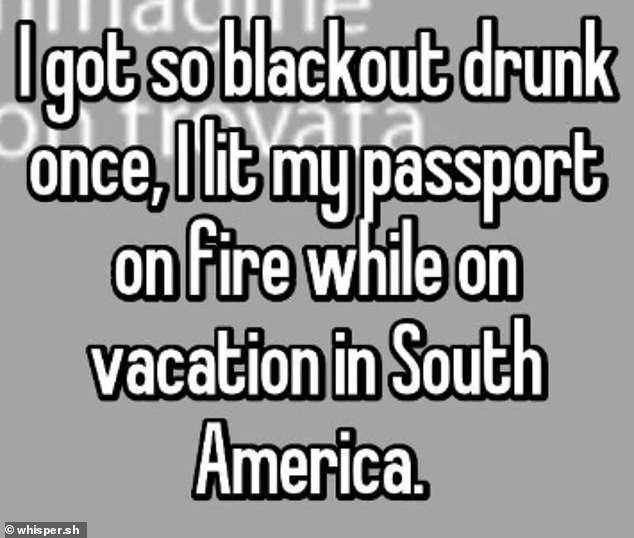 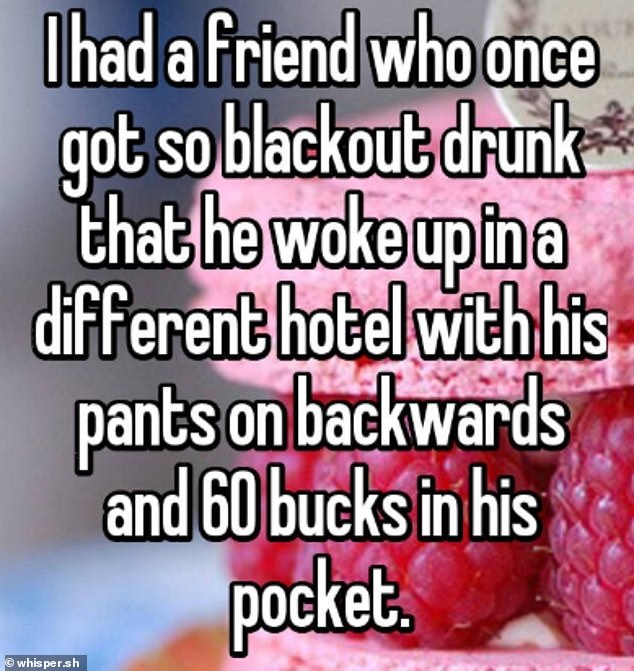 An individual from New York, shared how their friend woke up in a hotel with his trousers on backwards and money in his pocket after drinking too much 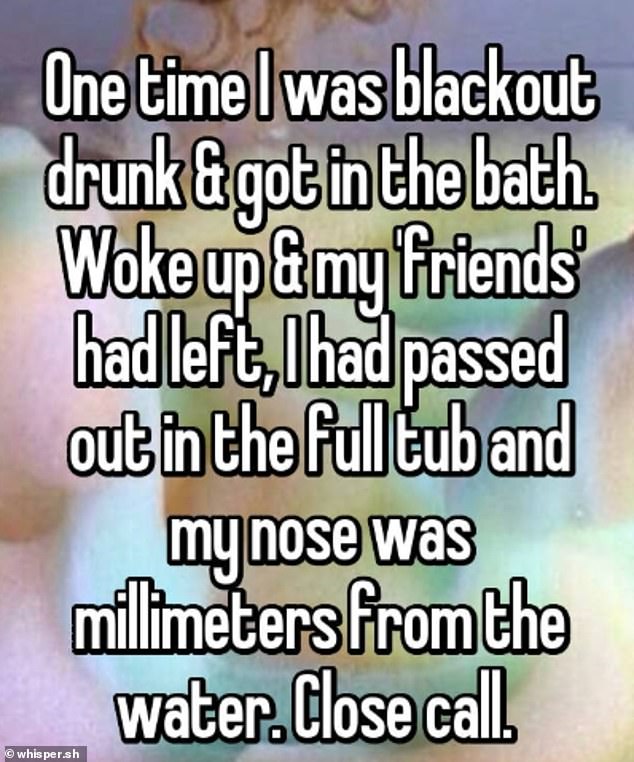 Another person from Louisiana, revealed they once passed out in a bathtub filled with water and woke up to discover their friends had left 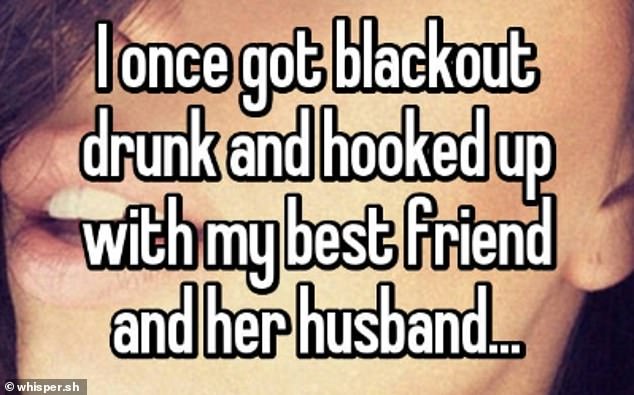 A woman from New Hampshire, confessed that she spent a night with her best friend and her husband because she drank too much