A series of images has emerged showing the metal paneling covering the engine of an Alaska Airlines plane breaking away from the aircraft during a flight that was forced to return to Seattle.

The plane, which was traveling to San Diego, was forced to turn back around Monday due to an "unusual vibration" on the left side of the aircraft shortly following departure.

An image taken after the plane landed safely showed one of the plane’s engines exposed after the paneling covering it became peeled off. 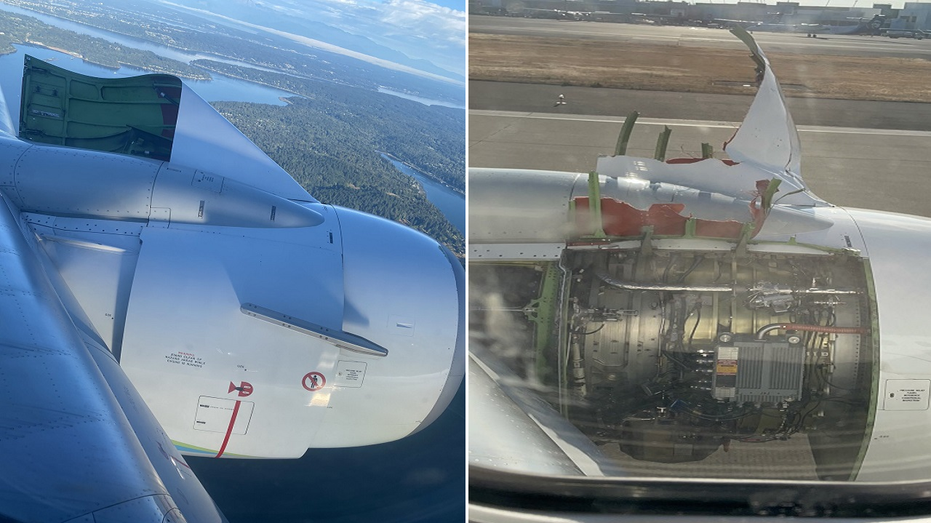 Metal paneling covering one of the engines of Alaska Airlines Flight 558 is seen peeling off during the flight. (Greg Anderson/LOCAL NEWS X/TMX)

"The initial big piece ripped off and wrapped around the wing until we landed," Greg Anderson, a passenger who took the photos, wrote on Twitter.

The airline told FOX Business on Tuesday that the cowling on Alaska Airlines Flight 558 detached from the aircraft when it landed at Seattle-Tacoma International Airport. 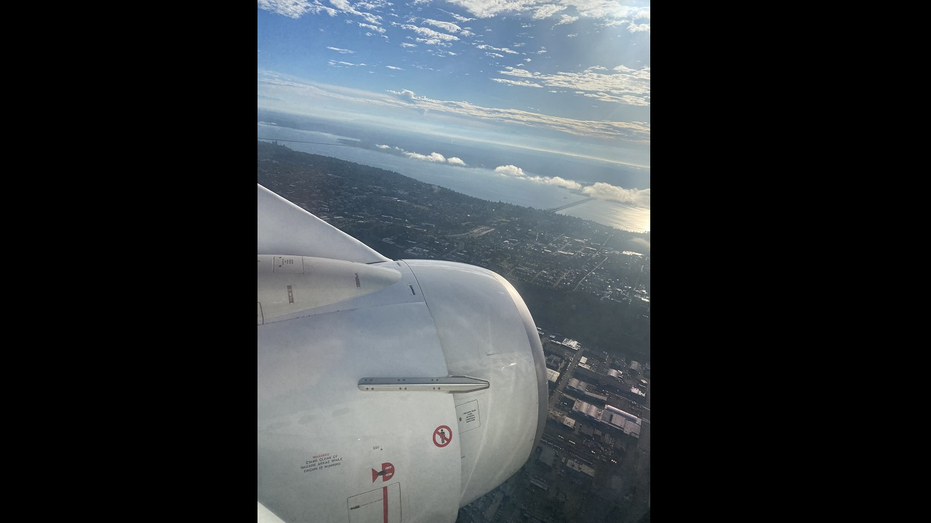 The aircraft’s wing is seen prior to the metal paneling coming off on Monday, Aug. 22. (Greg Anderson/LOCAL NEWS X/TMX)

There were a total of 176 passengers and six crew members on the flight and customers were rebooked on another flight to their destination.

"The aircraft, a Boeing 737-900ER, is now temporarily out of service while our safety team investigates," Alaska Airlines said. 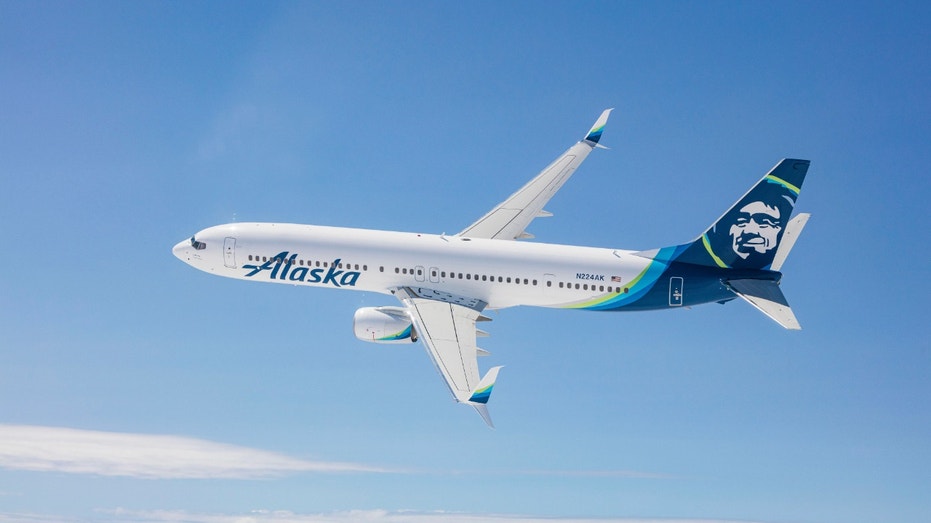 The plane's pilots have more than 32 years of combined flying experience.

"They, along with our flight attendants, handled the incident with tremendous professionalism and care. We also greatly appreciated the patience of our guests during this event," the company noted.