POLICE are on the hunt for a female cycling fan who caused one of the worst crashes in Tour de France history.

Prosecutors in Brittany launched a criminal enquiry after 21 riders were injured by a spectator's hand-written sign before she fled the scene. 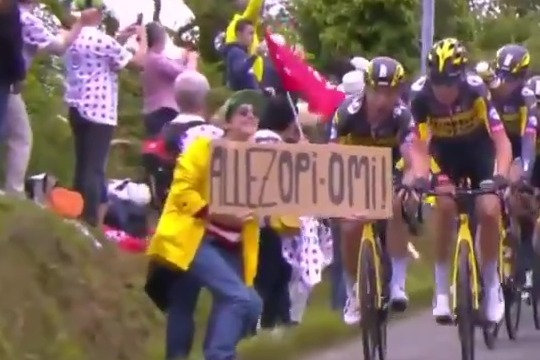 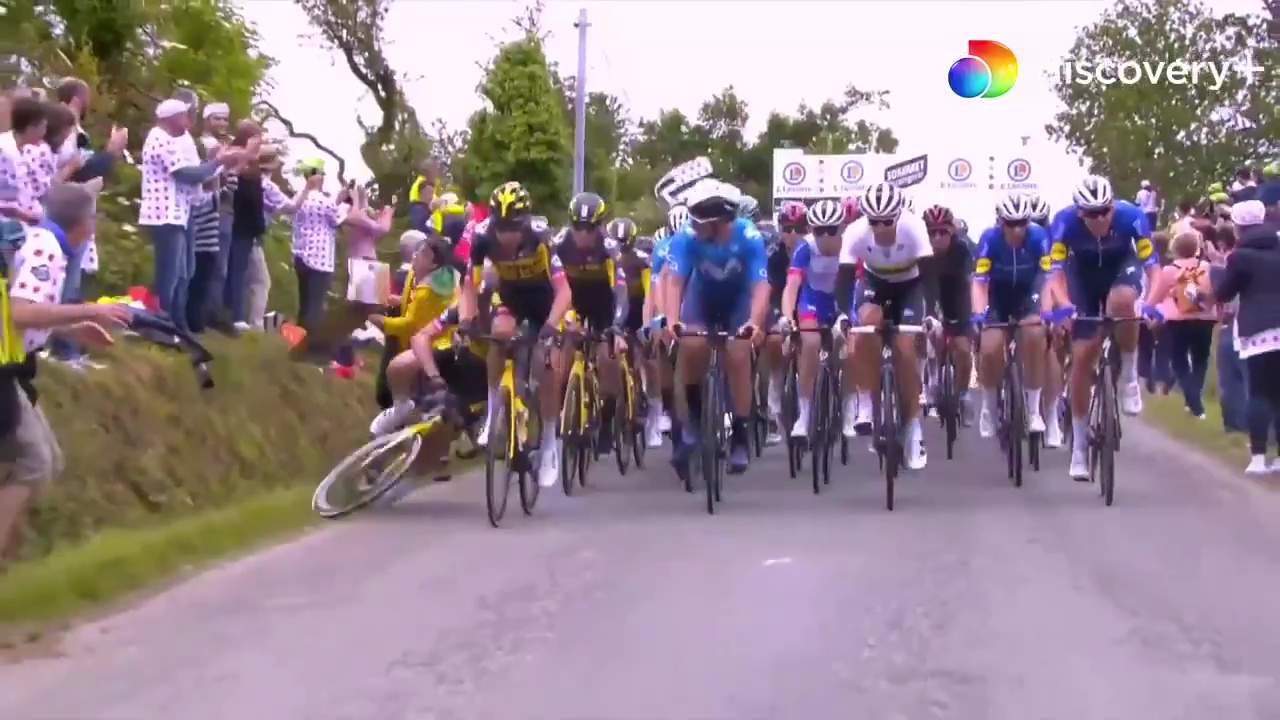 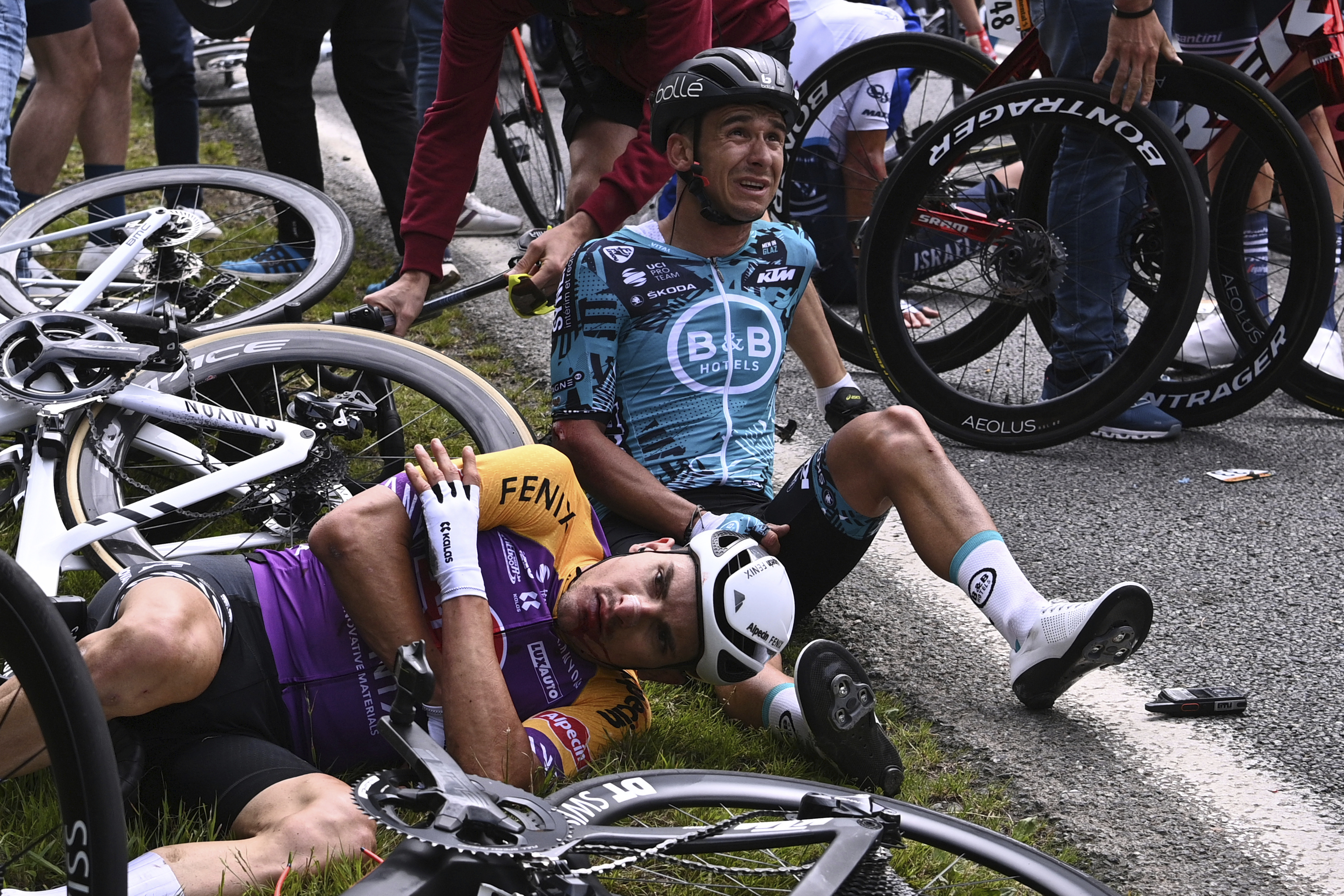 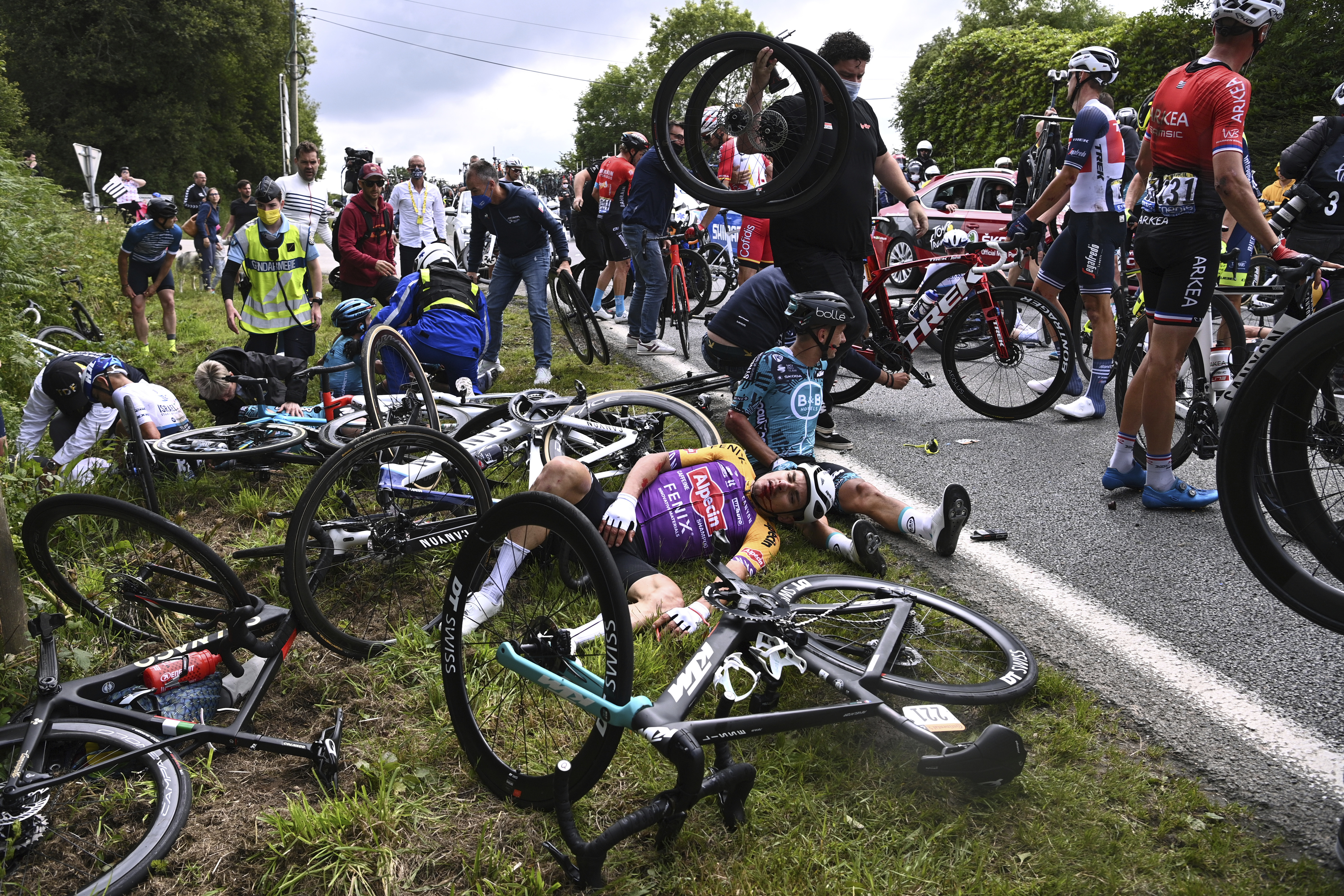 The unidentified woman was caught on camera holding a sign that read 'Come on granddad-granny', in a mix of French and German.

The fan was looking straight at the TV camera on the passing bike and failed to notice the riders rapidly approaching her spot.

Just minutes after Christian Prudhomme had set the 108th edition of the annual bike race in motion, the carnage ensued on stage one.

Tony Martin, on the right-hand side of the peleton, went down after crashing into her arm, taking the whole Jumbo Visma team with him.

There were several serious injuries as a result of the crash with German rider Jasha Sutterlin forced to pull out of the entire contest.

A spokesman for the Finistere gendarmerie said: "The spectator who caused this accident left the scene before the arrival of the investigators.

"Everything is being done to try and find her.

"She was wearing glasses and dressed in blue jeans, a red and white striped sweater, and a waxed yellow jacket."

We are suing this woman who behaved so badly. We are doing this so that the tiny minority of people who do this don't spoil the show for everyone.

Prosecutors confirmed that they had opened a criminal enquiry for ‘deliberately violating safety regulations and so causing injuries that might prevent someone working for up to three months.’

As reported by the Mail, such an offence in France is punishable with up to a YEAR in prison and a fine equivalent to just under £13,000.

Pierre-Yves Thouault, the deputy race director of the Tour, also said that organisers had filed an official legal complaint against the fan.

He said: "This is unacceptable behaviour. There are safety rules to follow. Spectators don't cross the road, they don't take selfies.

"Frankly, her attitude was insane. The show is the riders, not spectators who want to be on TV. 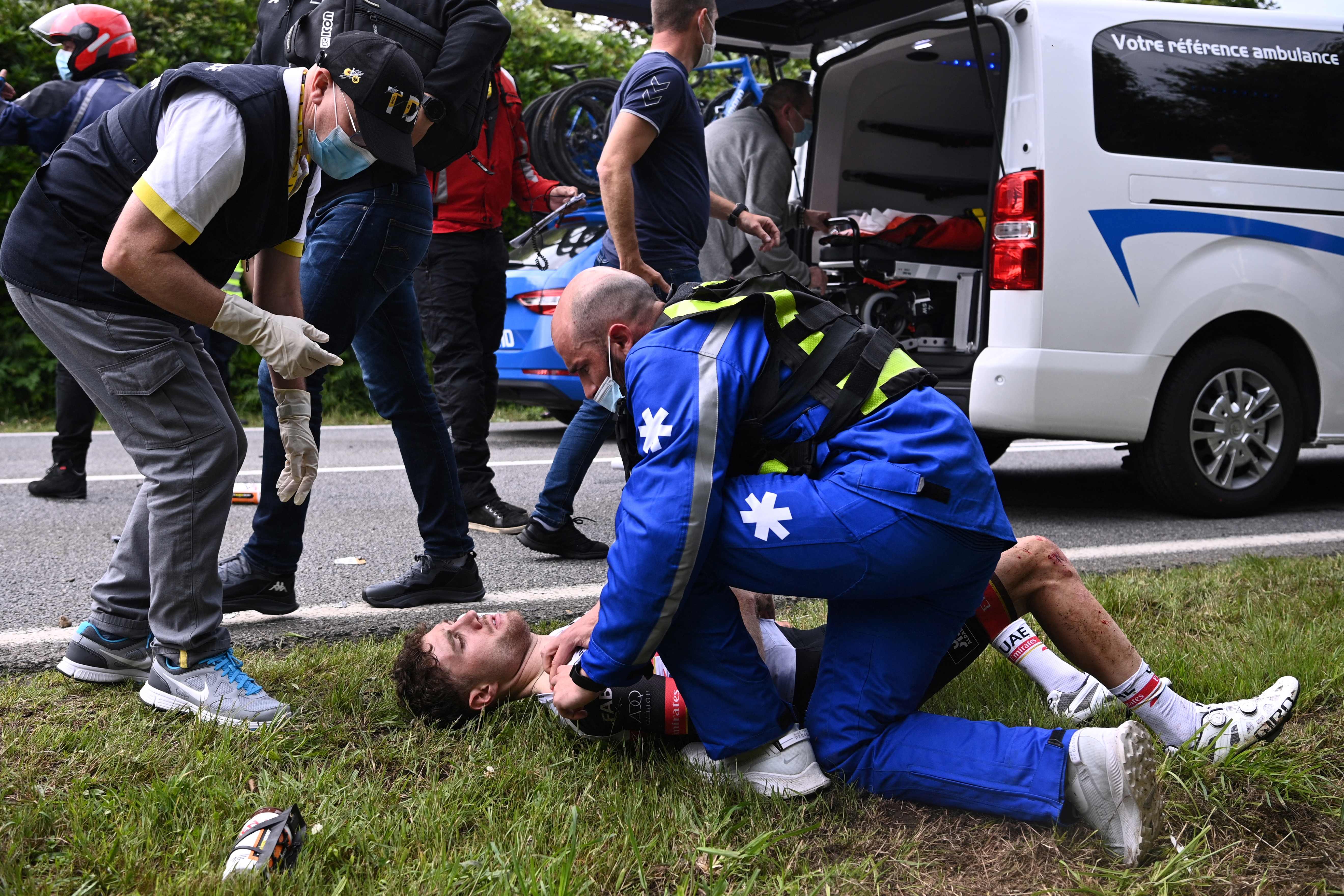 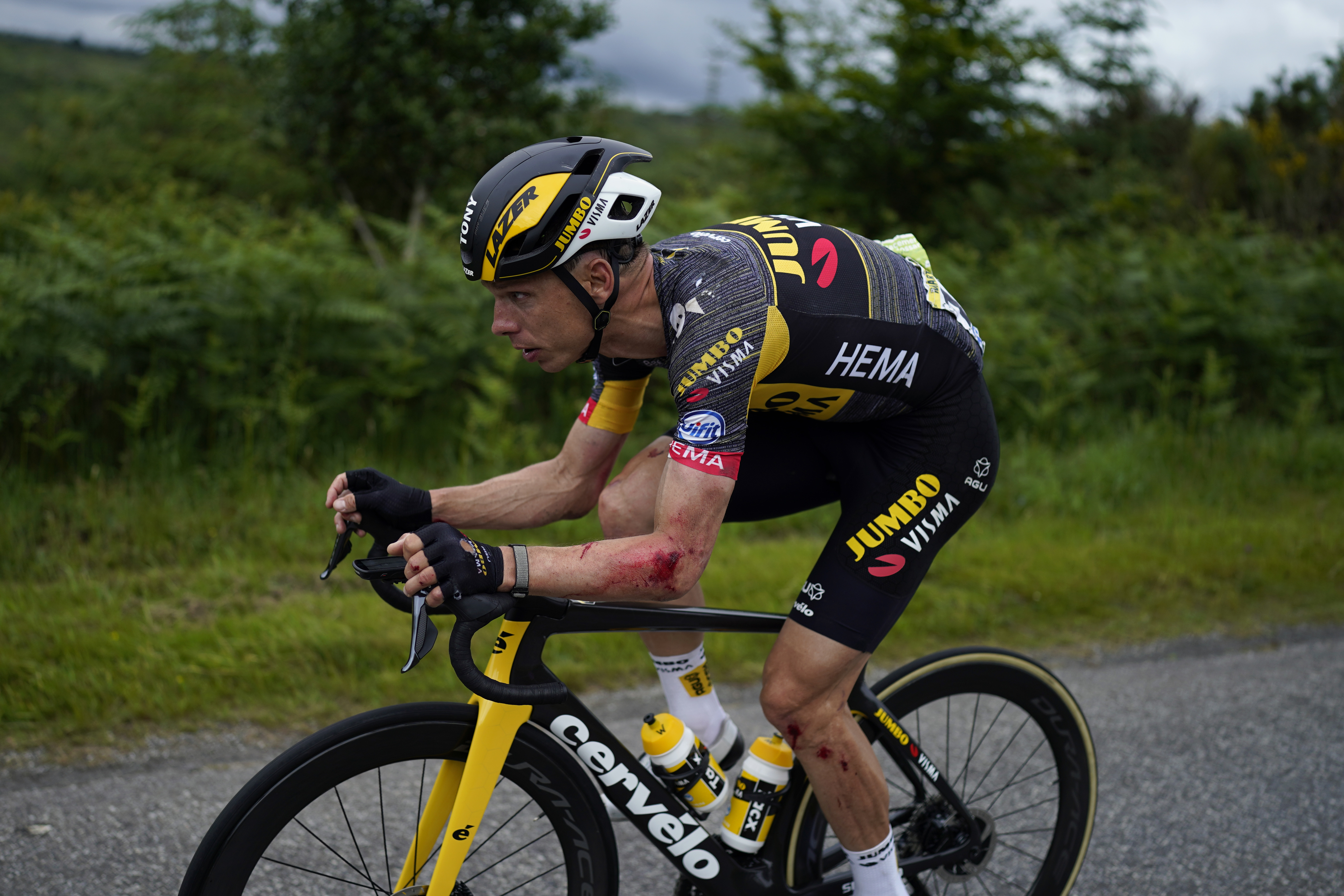 "The Tour must remain a party but because of the attitude of a very small minority, it is ruined. We can no longer accept this.

"We are suing this woman who behaved so badly.

"We are doing this so that the tiny minority of people who do this don't spoil the show for everyone."