Home » Lifestyle » Prince Andrew’s sex abuse settlement: Where will the money come from?

Prince Andrew’s sex abuse settlement: Where will the money come from?

Here are your FOX Business headlines.

Britain’s Prince Andrew, who was accused in a lawsuit of sexually abusing a 17-year-old girl supplied to him by Jeffrey Epstein, has agreed to settle – but where is the money coming from?

On Tuesday, a court filing revealed that the Duke of York will make a substantial donation to his accuser’s charity and declare that he never meant to malign her character. The deal avoids a trial that would have brought further embarrassment to the monarchy.

Besides the undisclosed donation to Virginia Giuffre’s charity, the filing stated that the 61-year-old acknowledged that she has suffered as an abuse victim. It did not specify whether the 38-year-old would personally receive money as part of the settlement.

According to The Telegraph, Andrew will pay Giuffre more than 12 million pounds – or more than $16 million – using money from his mother, Queen Elizabeth II. The outlet noted that the reigning monarch, 95, has privately funded her son’s legal fight "to the tune of millions" and will now partly fund the settlement to avoid having the case overshadow her Platinum Jubilee this year.

WHAT IS PRINCE ANDREW'S NET WORTH? 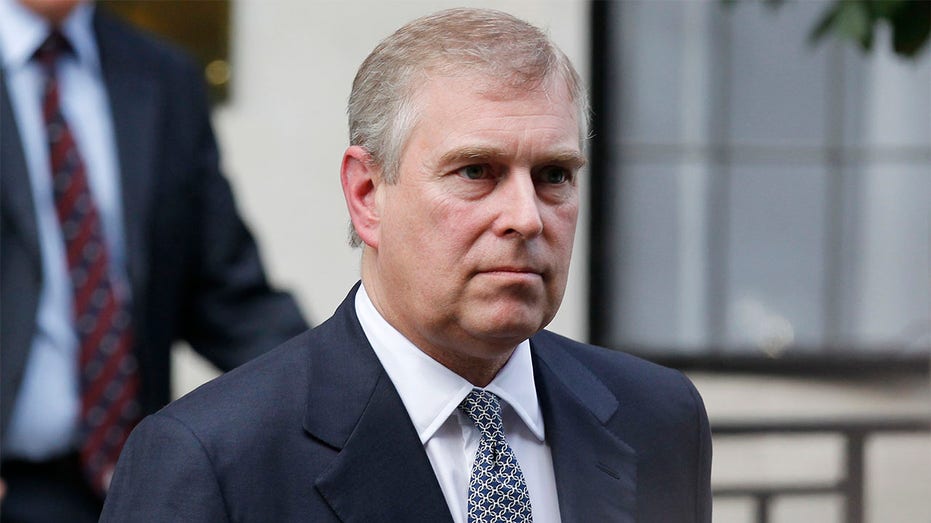 It is believed that the negotiations over the settlement took at least 10 days. According to the outlet, the deal was agreed over the weekend. The queen’s contribution to the settlement will reportedly come from her private Duchy of Lancaster estate.

Mark Stephens, an international lawyer, told The Associated Press that pressure from the royal family would have pushed Andrew to settle, particularly as the queen celebrates 70 years on the throne this year. The carefully worded settlement — in which Andrew admits only an unfortunate association with Epstein — allows him to save face, Stephens said.

"Essentially, what he’s done is throw himself on this judicial grenade to prevent wider damage to the royal family," Stephens told the outlet. "And I think he had no alternative but to settle because otherwise, this case would have really overshadowed the queen’s Jubilee, and we would have been hearing details of what he was alleged to have done with Virginia Giuffre. And all of that would have really caused problems for the royal family more broadly."

Stephens estimated that the money from the settlement would be split into three unequal portions — with Guiffre, her lawyers and charities taking a piece. 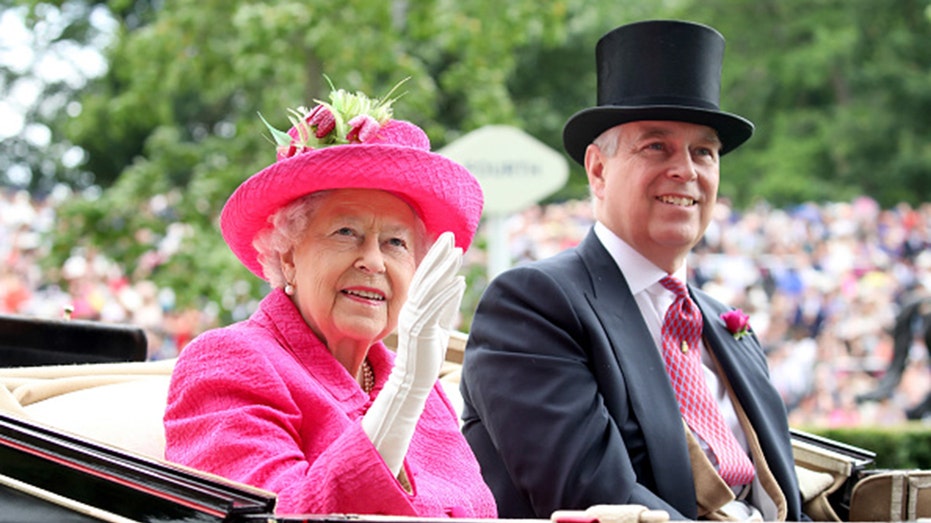 According to The Telegraph, Andrew will pay Giuffre more than 12 million pounds – or more than $16 million – using money from his mother, Queen Elizabeth II.  (Chris Jackson/Getty Images / Getty Images)

Like other immediate members of the royal family, Andrew has long received funds from his mother as payment for performing royal duties.

Andrew has two multimillion-dollar properties — a $17 million chalet Helora in Swiss ski resort Verbier and Royal Lodge, a 30-room royal residence in Windsor Park, which is worth $10 million. The prince shares this with his ex-wife, Sarah Ferguson, Duchess of York.

After Andrew and Ferguson, 62, divorced in 1996, he put his former family home, Sunninghill Park, up for sale. The property was eventually sold for $20 million to Timur Kulibayev, the son-in-law of the former president of Kazakhstan. The money gained from the sale of this house is believed to contribute to some of his current wealth. 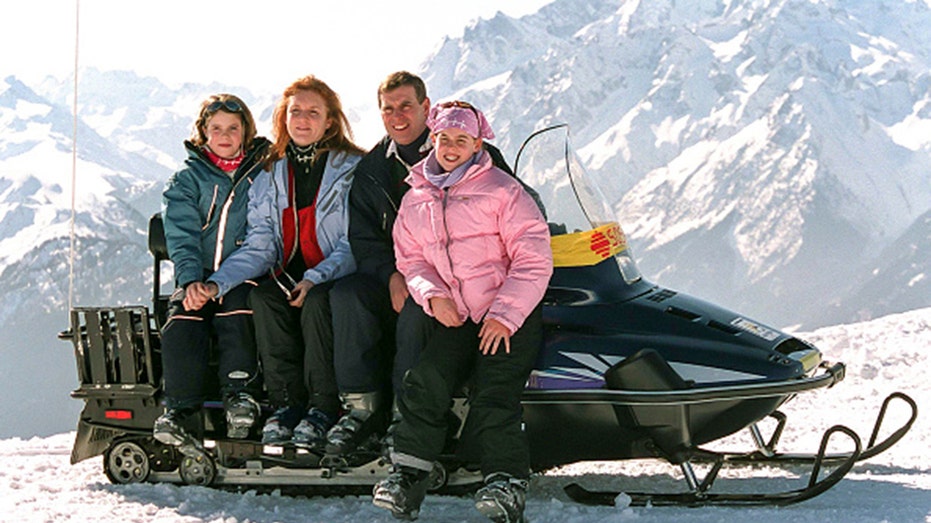 With financing from the queen and funds made on the sale of a large mansion, it's estimated that in total, the Duke of York has a net worth of around $45 million. However, the Palace is notoriously tight-lipped on such matters.

WILL PRINCE ANDREW GET AN ALLOWANCE AFTER BEING STRIPPED OF MILITARY, ROYAL TITLES? 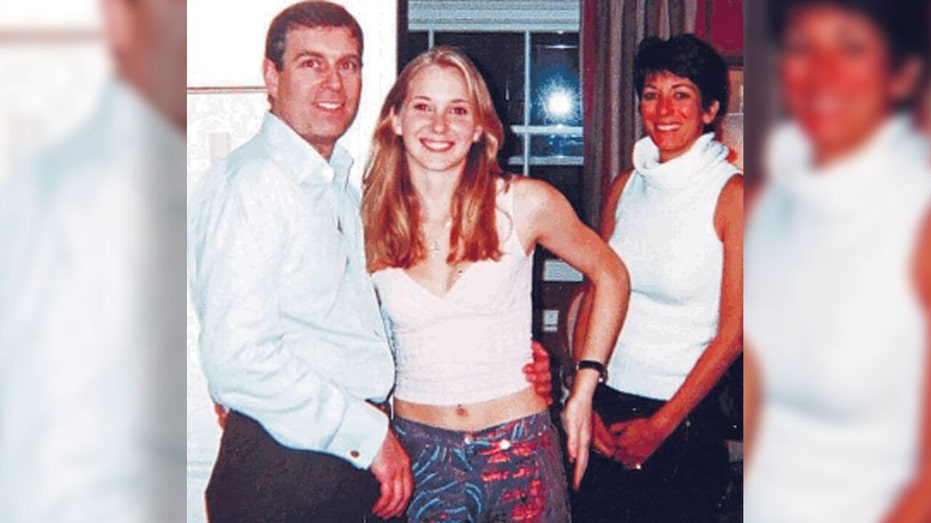 Photo from 2001 that was previously included in court files showed Prince Andrew with his arm around the waist of 17-year-old Virginia Roberts Giuffre. (Court records)

Giuffre asserted that she met Andrew while she traveled frequently with Epstein between 2000 and 2002 when her lawyers maintain she was "on call for Epstein for sexual purposes" and was "lent out to other powerful men," including Andrew.

Her lawsuit said she still suffers significant emotional and psychological distress and harm. She has alleged she had sex with Andrew three times: in London during a 2001 trip, at Epstein’s New York mansion when she was 17 and in the Virgin Islands when she was 18.

WHERE DOES THE ROYAL FAMILY GET THEIR MONEY? 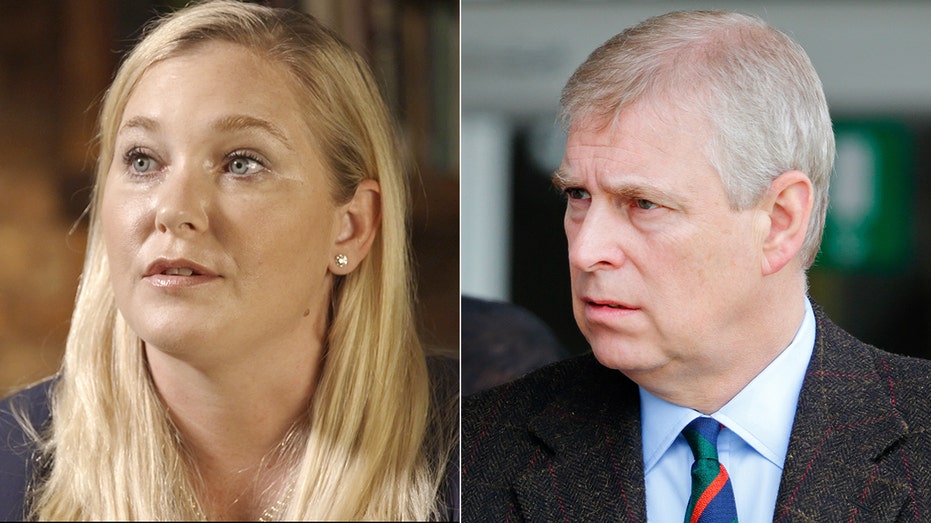 Virginia Giuffre, 38, sued Andrew in August. The American accused the British royal of sexually abusing her while she traveled with Epstein. (Getty/AP)

Andrew repeatedly denied Giuffre’s allegations and has said he can’t recall ever meeting her, although a photograph of Giuffre and Andrew together in a London townhouse, his arm around her bare midriff, was included in Giuffre’s lawsuit against him.

Inconsistencies in her statements over the years that would have been highlighted by Andrew’s attorneys at trial may have motivated her, in part, to settle, though she has explained them as innocent mistakes that occur when recalling traumatic events years later.

A settlement of the Andrew lawsuit would follow deals reached by Giuffre years ago to resolve separate lawsuits against Maxwell and Epstein. It was recently revealed that Epstein settled for $500,000.