Home » Lifestyle » Queen: Brian May ‘doesn’t know’ how he had time to tour after postponing Rhapsody dates

Queen: Brian May ‘doesn’t know’ how he had time to tour after postponing Rhapsody dates

Queen + Adam Lambert were due to continue their massive Rhapsody world tour with the UK and European leg next month but had to reschedule as the lockdown was brought in. The collaboration between rockers Brian May and Roger Taylor and popstar Adam Lambert was set to hit the road on May 24, kicking off the next stage of the mammoth tour in Italy. But since the coronavirus outbreak prompted countries around the world to prohibit large public gatherings and urge citizens to stay in their homes, they have delayed the tour until next summer.

While the dates have already been rescheduled for similar times in 2021, Queen guitarist May has admitted he’s hardly been at a loss for ways to keep busy.

The 72-year-old is isolating in his London home but has been active on social media, sharing “micro-concerts” with his Instagram followers and also co-writing and producing a brand new charity single.

During a video interview on ITV News at the beginning of the month, he said he was baffled as to how he even had time in his schedule to fit the tour in before the situation changed.

Opening up about isolation and the coronavirus crisis, he said: “I’ve been through some dark times and I am a depressive really.” 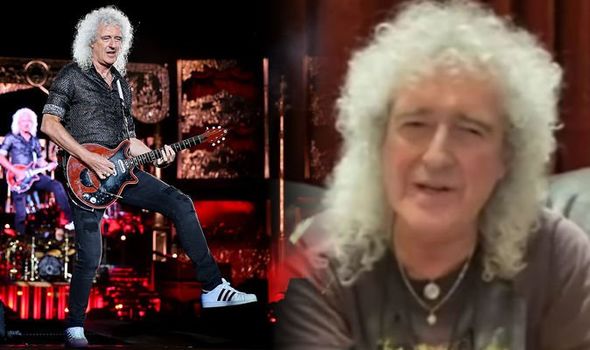 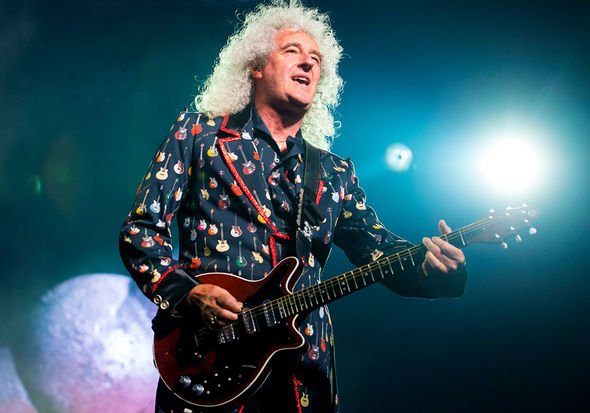 “I found it very difficult at first, especially the loss of freedom.

“But I’m kind of getting through it,” he continued. “People are getting very creative and when we come out of this I think there will be some great lessons which have been learned.”

On the subject of his newly adjusted activities since the lockdown was brought in, May said: “I’m busier than ever because there’s a lot of demands — people like to do things online for videos and things.

“I find I haven’t got enough time in the day. It’s very strange. I can do a lot of what I want to do at home. 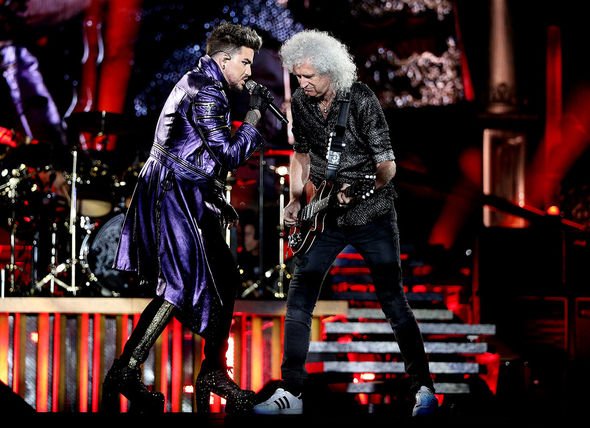 “In fact, I’m wondering how I had time to tour,” he laughed, looking sincerely confused.

The Queen icon cited his daily Instagram “micro-concerts” as one of the many projects keeping him busy, explaining: “I’ve had people jamming along with me, which has become a nice thing.

“I have loads to do. I am very much occupied.”

May also touched on the struggle and fear surrounding the coronavirus crisis, saying: “It’s a very hard time for everyone; this is a tragedy.”

“We’re going to lose a lot of people. It might be me, seeing as I’m an elderly and vulnerable person.”

In addition to performing guitar solos from Queen’s back catalogue and some of his idols on social media and challenging fans to learn them too, May has also helped produce Kings Daughters’ new single Get Up.

10 per cent of the sales of the uplifting track will go to mental health charity MIND.

“The good news for fans is that the band has worked swiftly to reschedule the dates and are now able to confirm that the shows are now set for matching or similar dates in 2021,” they said, assuring ticket holders all tickets are valid for the rescheduled dates.

May added: “We’re very sad to announce the postponement of our summer shows in Europe, although, in the present crazy state of the world, it cannot be a surprise to our fans.

“Those incredible scenes at our concerts just over a month ago now seem like an impossibly distant dream.

“We were so lucky to be able to complete that tour, running just ahead of the wave that was about to break on us,” he continued. “I know many of our fans are having similar moments of disbelief and bewilderment out there.

“Of course, we would have gone ahead with the dates had it been humanly possible.”