Date night! Queen Letizia and King Felipe VI of Spain don face masks as they arrive at the cinema in Madrid to support the reopening of the Spanish film sector

Queen Letizia and King Felipe VI of Spain put safety first as they headed to the movies in Madrid on Saturday night.

Letizia, 47, and Felipe VI, 52, who were not accompanied by their two daughters Princess Leonor, 14 and Princess  Sofia, 13, enjoyed some alone time after their marathon tour of Spain.

The royals put on a casual display in jeans and t-shirts –  and both were wearing mask in accordance with government guidelines.

The visit aimed to encourage members of the public to head to the cinemas in support of the Spanish film industry. 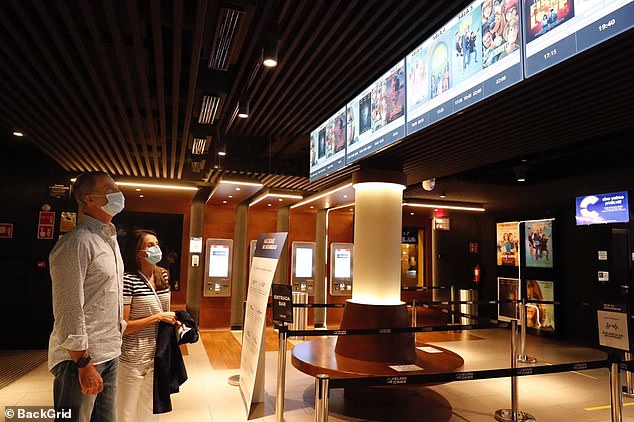 Queen Letizia of Spain, 47, and her husband Felipe VI, 52, cut casual figures as they headed to a multiplex in Madrid to enjoy a film 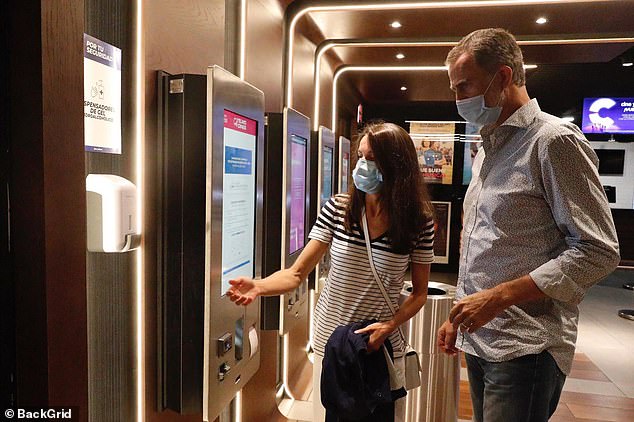 The couple put safety first by donning face masks, while Letizia could be seen selecting the tickets from the machine

Even for a night out with her husband, the Spanish queen looked stylish in a pair of white jeans and a stripey blue top.

The royal was prepped for the breezy weather conditions as she carried a blue cardigan on her arm – before being photographed purchasing tickets from the machine with her husband.

She kept the look simple and accessorised with a white cross body leather bag, while the Spanish king looked relaxed in a light blue shirt which featured a discreet floral motif, and a pair of jeans. 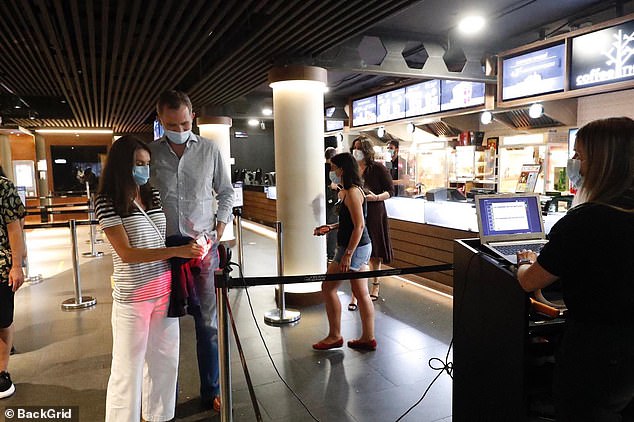 The mother-of-two opted for a pair of white jeans, a stripey blue and white t-shirt and a white leather cross body bag 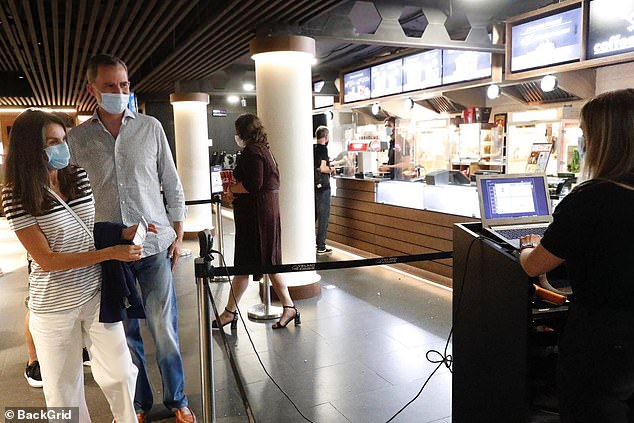 King Felipe donned a pair of casual blue jeans and a lighter blue shirt, which featured a discreet floral motif. The couple handed their tickets to security before heading into the film

The couple wanted to show their support to the movie sector by highlighting how safe a trip to the cinema can be if you keep to the guidelines.

The movie industry and cinemas were badly effected by the coronavirus pandemic.

The royals would have welcomed this quiet evening outing after several weeks of intense travel around the country after starting a tour of Spain on Monday 22 June.

They started the tour in the Canary Islands before heading to Mallorca, Sevilla and Aragon, to name a few.

Everywhere they went they were greeted by crowds of adoring fans hopeful to get a glimpse – and a snap – of their king and queen.

Upon returning to Madrid, Letizia and Felipe have kept a busy schedule, hopping from one official event to the next.

This week, they had three engagements after starting the week by attending the Mariano de Cavia, Luxa de Tena and Mingotie Awards gala in Madrid on Tuesday, which is organised by the Spanish national newspaper ABC.

On Thursday, the couple took part in a state tribute to the country’s coronavirus victims alongside Spain’s Prime Minister Pedro Sánchez.

Before their movie night, the couple ended the week on a high note, attending a traditional basque dance exhibit at the Guggenheim Museum of Bilbao. 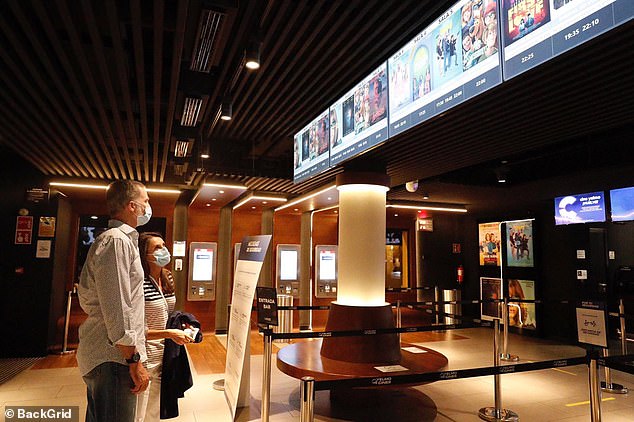 Upon their arrival, the couple took in their choices and decided on a movie together – before purchasing their tickets 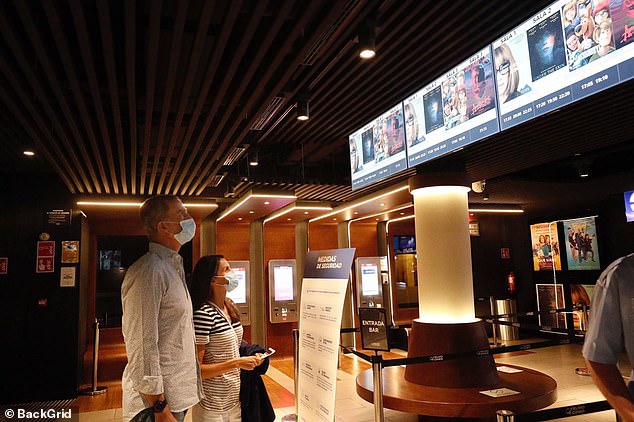 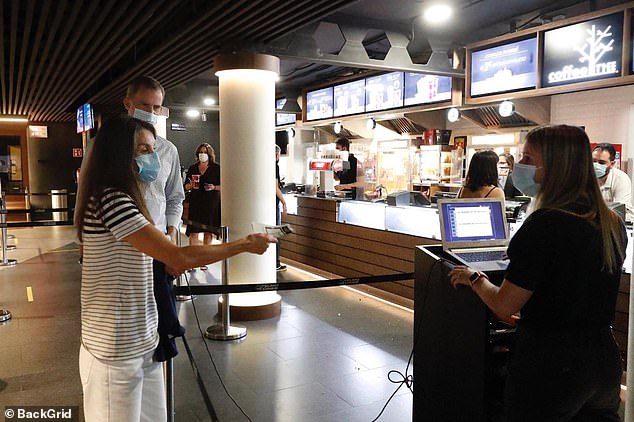 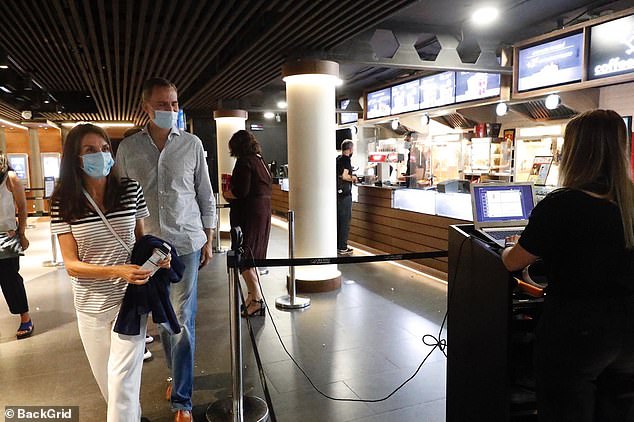