Can’t beat a little black dress! Queen Letizia of Spain is elegant in a sparkling slip and a mask as she steps out in Merida with King Felipe and their daughters to continue their nationwide tour

Queen Letizia of Spain was the picture of understated elegance as she attended an engagement alongside King Felipe today.

Letizia, 47, and Felipe VI, 52, were joined by their daughters Princess Leonor, 14, and Princess Sofia, 12, as they continue their nation-wide tour during the visit to Merida this evening.

The mother-of-two opted for a stunning glittering evening dress for the occasion, pairing the look with a set of espadrille wedges.

Meanwhile the entire family donned masks as they waved to a crowd of royal fans who had gathered outside their hotel. 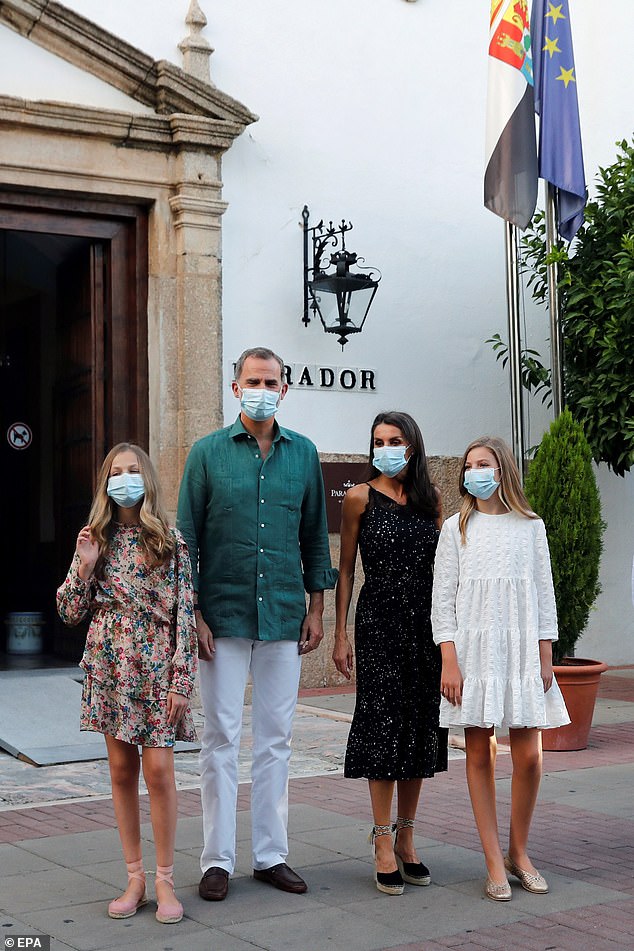 Queen Letizia of Spain, 47, cut an elegant figure in a relaxed black sparkling slip-dress as she joined King Felipe VI, 52, and their daughters Princess Leonor, 14, and Princess Sofia, 12, to continue their nation-wide tour of the country 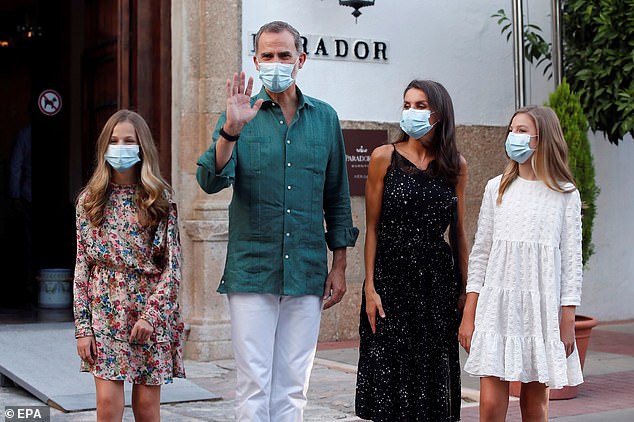 The mother-of-two wore her brunette locks in her typical style – loose around her shoulders and tucked behind her ears – and opted for a light layer of make-up.

Meanwhile her husband opted for a relaxed green shirt for the occasion, pairing it with a pair of white chinos and brown shoes.

Eldest daughter Leonor matched her mother in a set of pretty espadrilles and a floral dress, while Princess Sofia showed off her summer tan in a white gown.

The royals have undertaken several weeks of intense travel around the country in the wake of COVID-19, starting a tour of Spain on Monday 22 June. 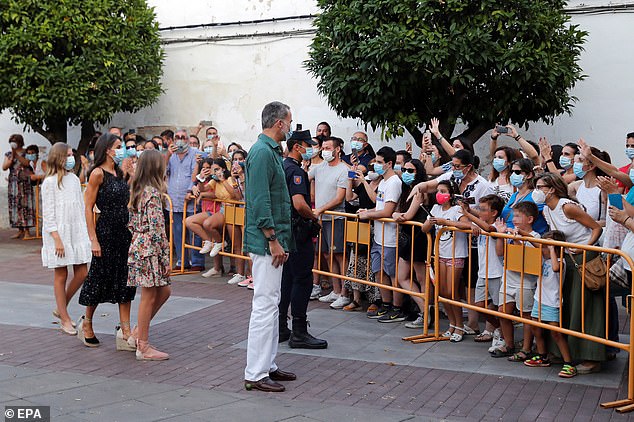 They started the tour in the Canary Islands before heading to Mallorca, Sevilla and Aragon.

This week, they had three engagements after starting the week by attending the Mariano de Cavia, Luxa de Tena and Mingotie Awards gala in Madrid on Tuesday, which is organised by the Spanish national newspaper ABC.

Queen Letizia is mother to Princesses Leonor, 15, and Sofia, 12, with husband King Felipe who ascended to the Spanish throne in 2014. 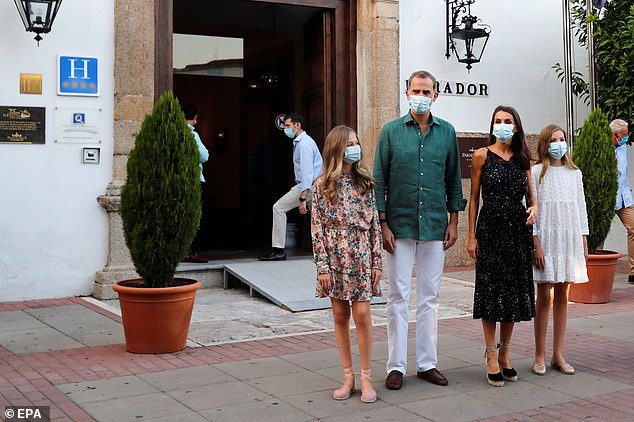 King Felipe and Queen Letizia were joined by their daughters Princess Leonor, 14, (right), and Princess Sofia, 12, for the evening out

The relationship began in November 2002 and in 2003, just months after she had been promoted to the position of anchor on the national news channel, she quit her job and days later the royal engagement was announced.

The former newsreader is the granddaughter of a taxi driver and the eldest daughter of Jesús José Ortiz Álvarez, a journalist, and first wife María de la Paloma Rocasolano Rodríguez, a nurse and hospital union representative. 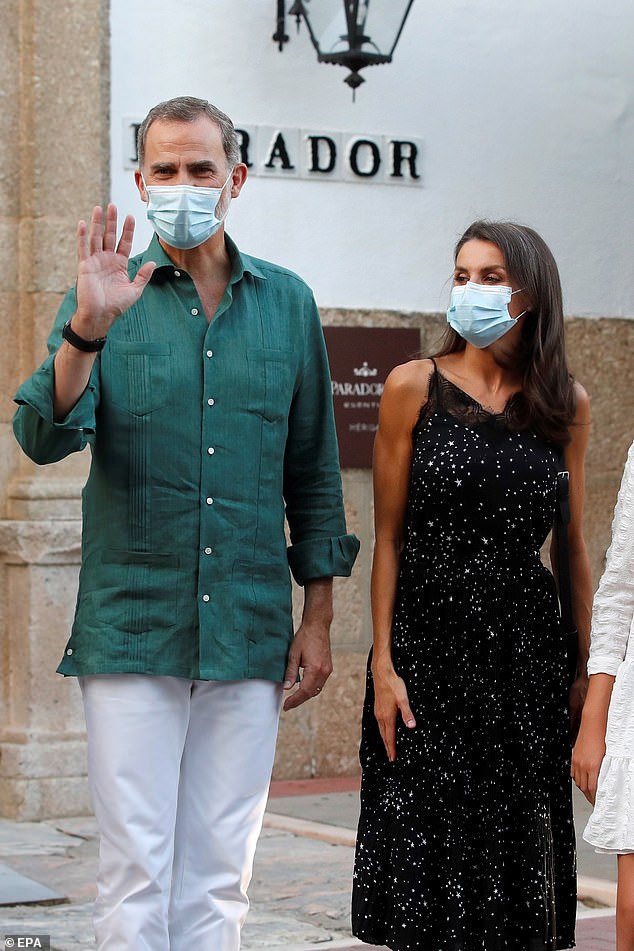 More than 300,000 people have been infected with Covid-19 in Spain, with the country’s death toll at 28, 413 according to latest figures.

British tourists were allowed to enter Spain for the first time in three months on June 21 when the country’s state of emergency ended.

In the first lockdown of its kind since the end of the state of emergency around 140,000 people in Lleida,  a city just under two hours drive west of Barcelona have been told to remain in doors and only leave for food or to work if ‘essential’.

People in another seven municipalities near Lleida in the Segrià region have also been given the new lockdown order, which means they can only venture outdoors to buy food or go to the bank or for work if it is an ‘essential service’ and cannot be done from home.