Brian May has long admired Eric Clapton’s talents as a musician, but he draws the line when it comes to the “Tears in Heaven” singer’s views on COVID-19 vaccines.

In an interview with The Independent published Saturday, the Queen guitarist criticized Clapton, who in July vowed not to perform where proof of vaccinations are required.

“I love Eric Clapton, he’s my hero, but he has very different views from me in many ways,” May said. “He’s a person who thinks it’s OK to shoot animals for fun, so we have our disagreements, but I would never stop respecting the man.”

Regarding those who in general oppose the vaccine, May said, “Anti-vax people, I’m sorry, I think they’re fruitcakes. There’s plenty of evidence to show that vaccination helps.”

“On the whole they’ve been very safe,” he added. “There’s always going to be some side effect in any drug you take, but to go around saying vaccines are a plot to kill you, I’m sorry, that goes in the fruitcake jar for me.”

Elsewhere in the Independent interview, May argued that it “would have been impossible for anyone to make worse decisions” regarding COVID-19 than British Prime Minister Boris Johnson.

“At every point he did too little, too late,” he said. 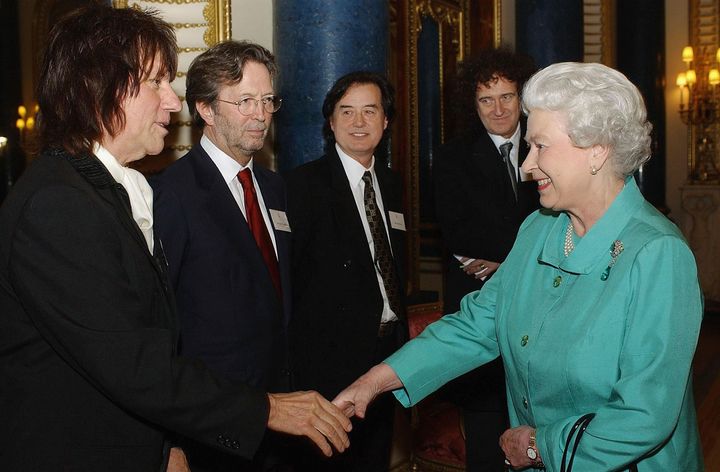 Clapton has actively railed against vaccines and other COVID-19 safety protocols in recent months. Last year, he appeared on Van Morrison’s anti-lockdown song “Stand and Deliver,” which features the lyrics: “Do you wanna be a free man, or do you wanna be a slave?”

In May, the 17-time Grammy winner detailed his “disastrous” health experience after receiving a COVID-19 vaccination, and blamed “the propaganda” for overstating its safety. And last month, he declared plans to cancel his forthcoming performances at venues that require attendees to provide proof of vaccination for entry.

“I wish to say that I will not perform on any stage where there is a discriminated audience present,” he wrote on the Telegram messaging app. “Unless there is provision made for all people to attend, I reserve the right to cancel the show.”

Fans blasted the former Cream guitarist’s vaccine stance on social media, with many reminding him of racist and xenophobic comments he’s made in the past.

Clapton is slated to embark on a U.S. tour next month, with concerts scheduled in Texas, Louisiana and Florida.