Home » Lifestyle » Rangers ace Morelos could have been sent off for slapping Scott Brown on the head, blasts Chris Sutton

Rangers ace Morelos could have been sent off for slapping Scott Brown on the head, blasts Chris Sutton

FORMER Celtic star Chris Sutton believes Alfredo Morelos was lucky to remain on the park in the Old Firm derby.

The striker was perhaps fortunate that VAR is yet to be introduced in Scotland after his latest grapple with Scott Brown in the 2-0 win for Rangers. 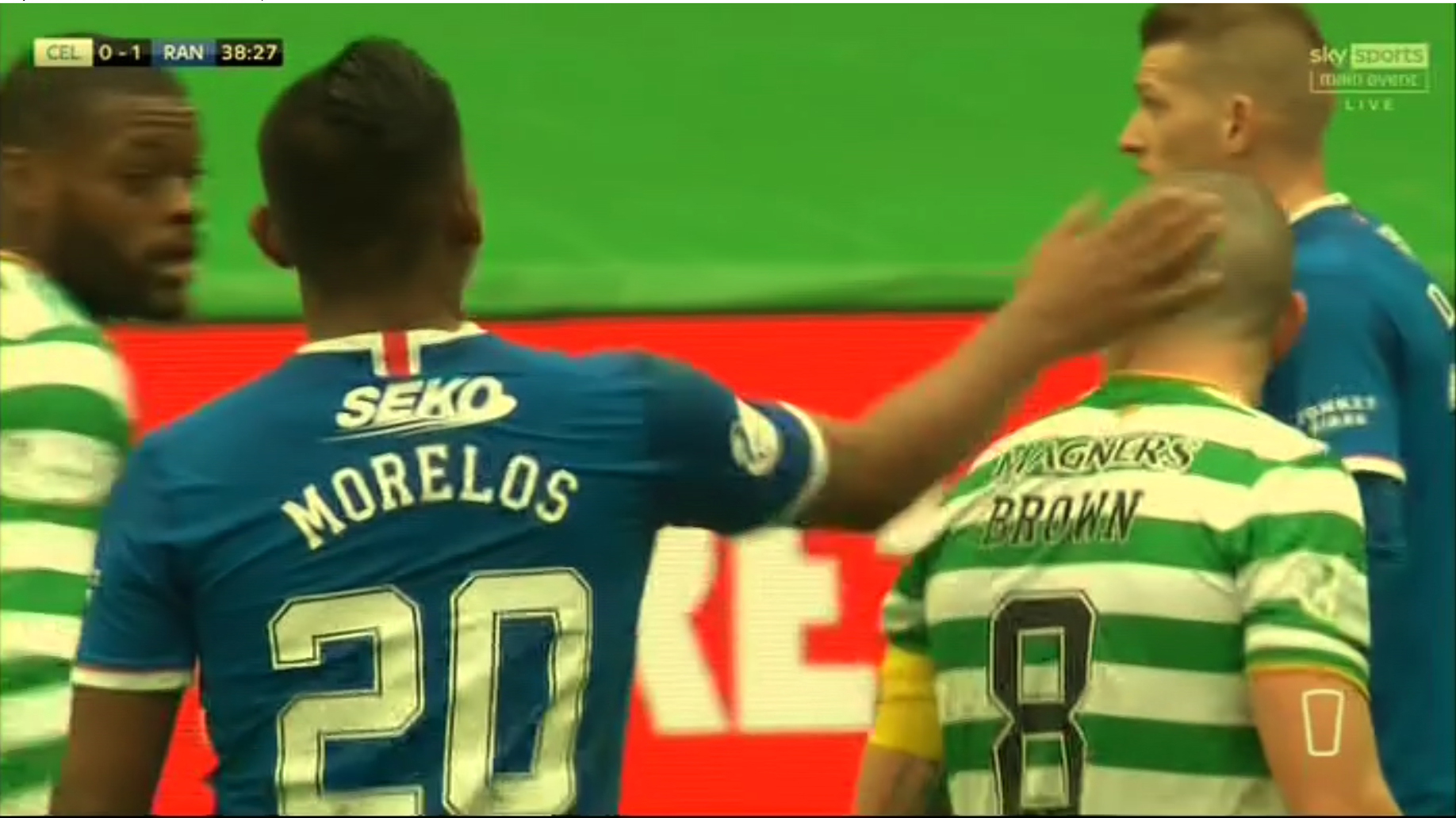 Hoops skipper Brown picked the ball up on the halfway line and drove into the Gers half.

Morelos was the one to track him down and John Beaton adjudged the Colombian to have fouled Brown.

Morelos took exception to the decision and he and Brown had words as the Celts lined up the free kick.

As Brown turned away to watch the in-swinging delivery from Callum McGregor, Morelos gave the skinhead 35-year-old a slap across the back of the head.

And Sutton believes Morelos was lucky to escape punishment for the clash.

He tweeted: “Rangers the better team and deservedly ahead…not so sure Morelos should still be on the pitch.”

Morelos later had a coming together with Hoops’ defender Shane Duffy as he challenged the Irishman for a header that he was not going to win.

Former Scotland captain Darren Fletcher echoed Suttons’ thoughts and believes the striker must calm down before he lets his teammates down.

The Sky Sports pundit said: “This is the way he plays; he is always on the edge.

“Until you give him a yellow card, he is going to keep doing these niggly things.

“There’s nothing it and Scott Brown doesn’t react, but you could let your teammates down.

“He got sent off here last season when they won, and he has got to be really careful.”