The FSO (Floating Storage and Offloading) Safer — pronounced, less ironically, as “saffer” — is moored just off of the coast of Yemen, near the rebel-held city of Hodeida. The vessel has not been serviced in seven years since the outbreak of Yemen’s civil war back in 2015. As a result, its structure has been left exposed to humidity and corrosion, while the inert gas system on board which would normally inhibit an explosion has ceased to function — its contents having long dissipated into the surrounding area.

A long-running impasse exists between the Houthi movement and the Yemeni government over who now owns and is responsible for the vessel.

The Houthi took control of the coastline surrounding the FSO Safer’s moorings early in the civil war.

However, in March this year, an agreement was reached with the UN to recover the oil from the decaying vessel to avoid a disaster.

The UN has launched a crowdfunding campaign — “Stop the Red Sea Catastrophe” — to raise the capital required to undertake this procedure. 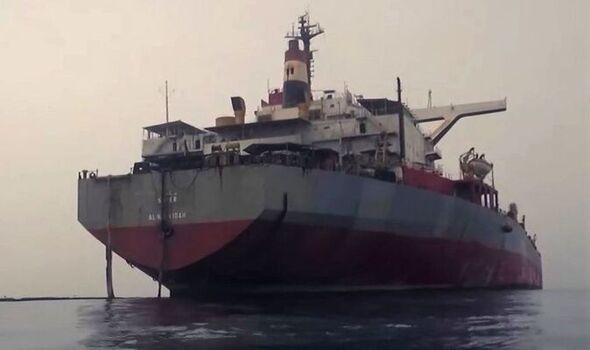 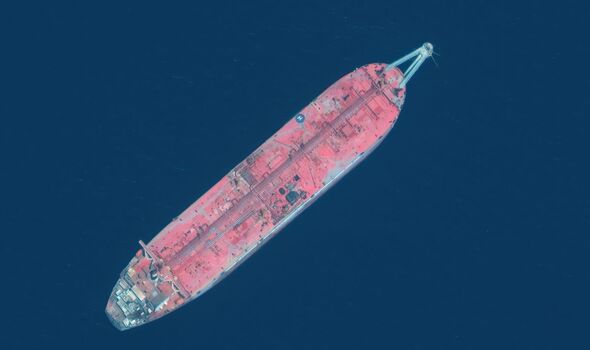 “If the FSO Safer continues to decay, it could break up or explode at any time.

“The volatile currents and strong winds from October to December will only increase the risk of disaster.

“If we don’t act, the ship will eventually break apart and a catastrophe will happen. It’s not a question of if, but when.” 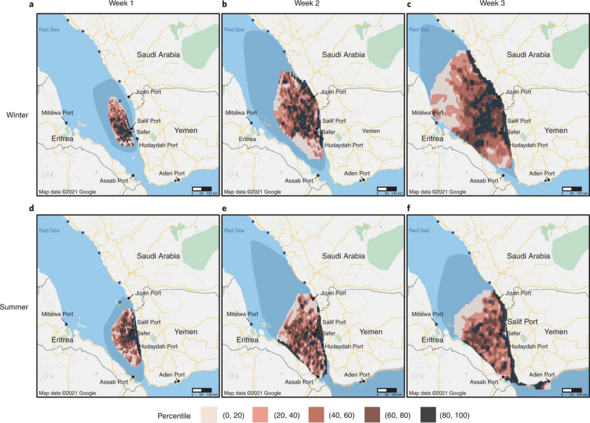 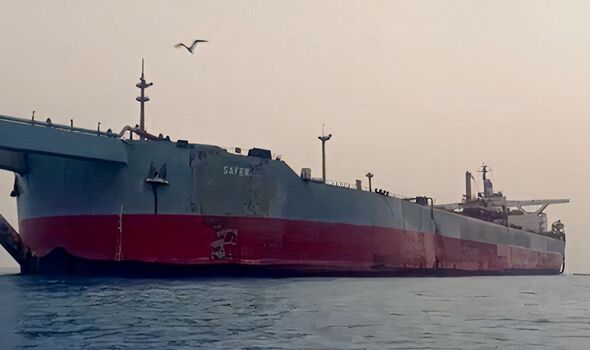 Should the FSO Safer be allowed to spill its cargo, Mr Geekie said, such has the potential to become the fifth largest oil spill from a tanker.

According to the UN, the vessel holds 1.1 million barrels’ worth of oil.

This is four times the volume spilled during the 1989 Exxon Valdez disaster, which was one of the world’s worst ecological catastrophes.

The FSO Safer, Mr Geekie said, could “unleash an environmental, economic and humanitarian catastrophe” — destroying nearby ecosystems, shutting down the local fishing industry and closing the lifeline Hodeida port for up to six months. 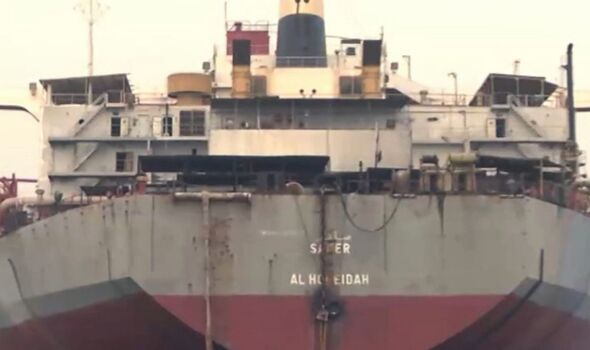 He explained: “Less than $14million is now needed to reach the $80million [£69million] target to start the emergency operation to transfer oil from the Safer to a safe vessel.”

The FSO Safer itself, he added, is now only fit for scrap — with nothing on the vessel functioning any more after so much neglect.

Mr Geekie concluded: “This is a ticking time bomb. You don’t want to go and smoke a cigarette on the deck, I can tell you that much.”