REFEREES Michael Salisbury and Andy Davies made great cases for VAR to be introduced into the Championship after their shockers.

But the emphasis should not be on bringing in the technology to the EFL.
I love the fact the Championship, League One and Two are VAR-free zones. 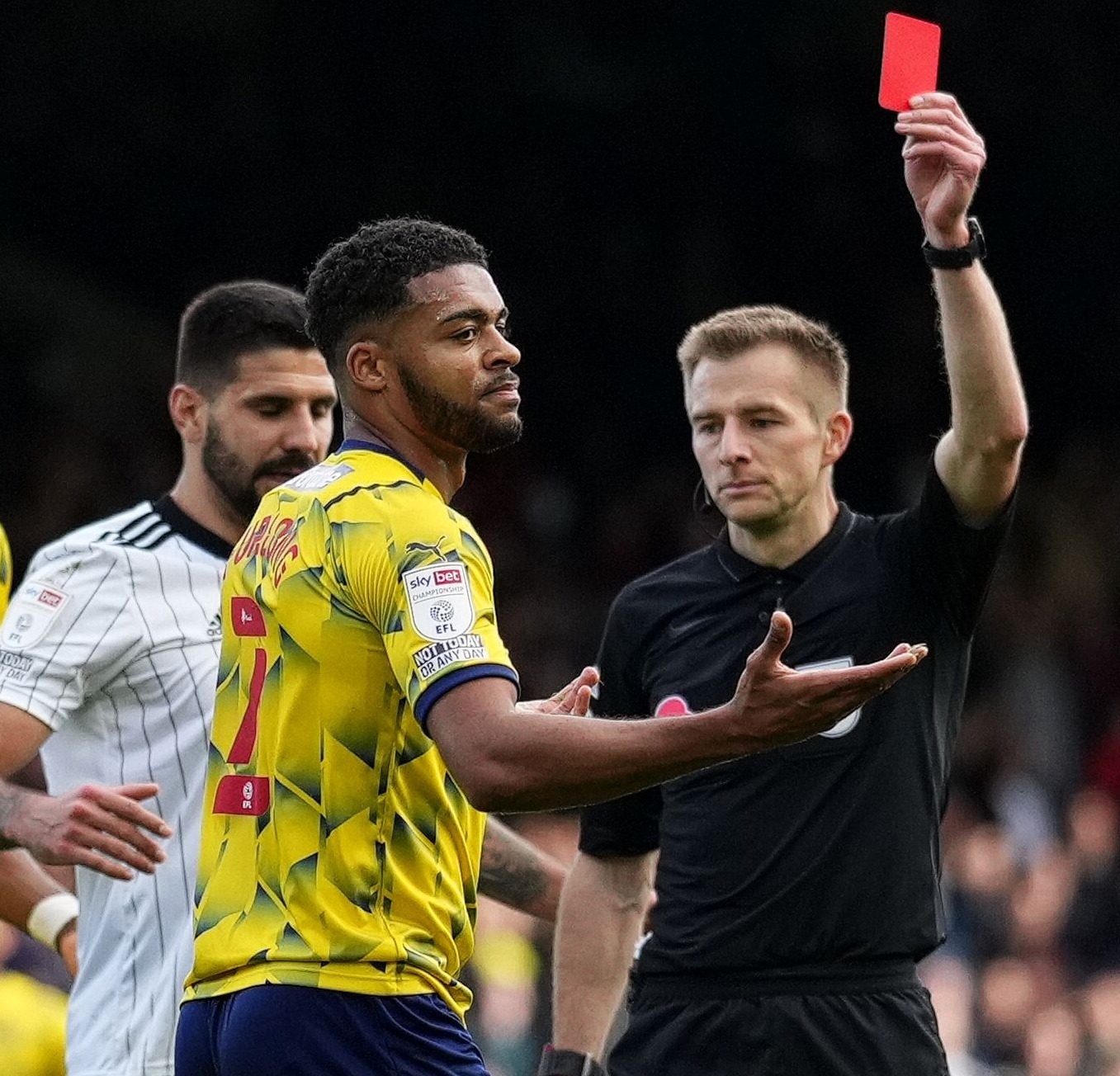 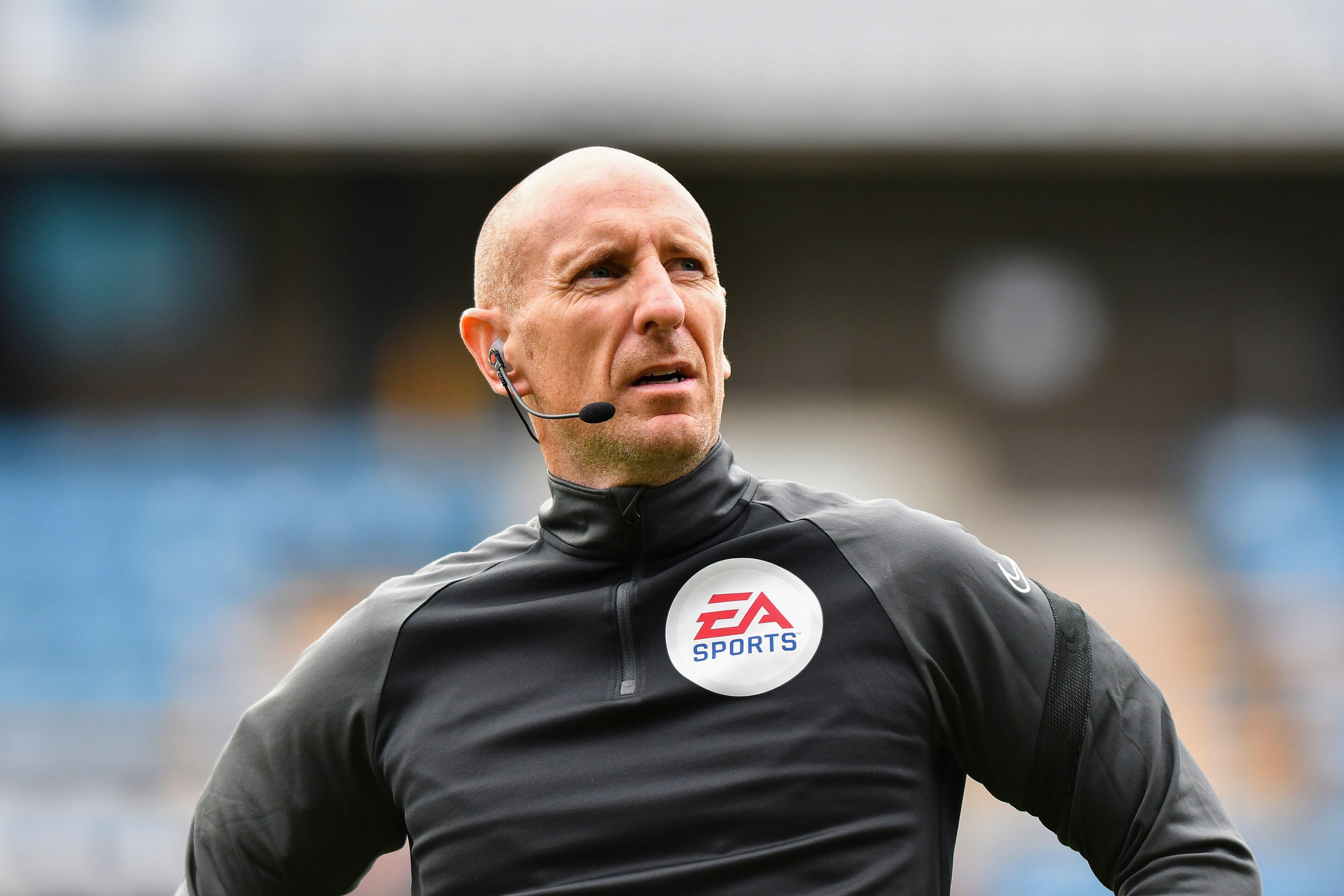 And, in any case, there are not enough officials to have two of them dedicated to video-assisting each game.

In the Championship alone, you would lose 24 referees out on the park every series of games and 72 if you did it across the entire EFL.

What would be good, however, is to up the ante by training good officials.

There is a lot written and spoken about skills shortages in this country. We don’t have enough nurses, doctors, teachers, plumbers, and so on.

There is also a shortage in quality referees.

I was at Loftus Road on Friday as Davies waved away two stonewall Nottingham Forest penalties at QPR.

Fortunately, for Forest, Jack Colback managed to snatch an injury-time point because defeat would have been harsh on Steve Cooper’s men.

And I was also at Craven Cottage as Salisbury produced one of the most inept refereeing displays I’ve witnessed at elite level.

And then he sent off Baggies defender Darnell Furlong after he managed to make contact with the ball as Harry Wilson was sent sprawling.

He had clear intent to play the ball – and you can argue if it was a foul or not. Yet, at worst, it’s a yellow card, at best a foul.

Salisbury correctly sent off Tosin Adarabioyo – so at least he got one out of three right.

But last time I checked 33 per cent is a fail in any worthwhile exam – so he failed miserably.

In just seven games he has officiated this season, Salisbury has produced FIVE red cards and 20 bookings.

The one things that riles a lot of people is the lack of accountability referees are under.

Managers and players are expected to talk to the media and answer questions after a heavy defeat, yet referees are not put under that scrutiny at all.

Why can Salisbury not be allowed to explain to the public why he has made a particular decision?

First, of all, even if you agree or disagree with his judgement, he immediately will win respect for fronting up questions.

And, dare I say, if referees are allowed to speak, they might actually change people’s minds that they got the wrong call.

Certainly they will educate the public about the challenges referees face and maybe inspire more a better generation of officials.

THOMAS SANDGAARD will wait until Christmas time to appoint a new manager at Charlton.

But the way caretaker Johnnie Jackson is going at the moment, he might already have the man he needs. 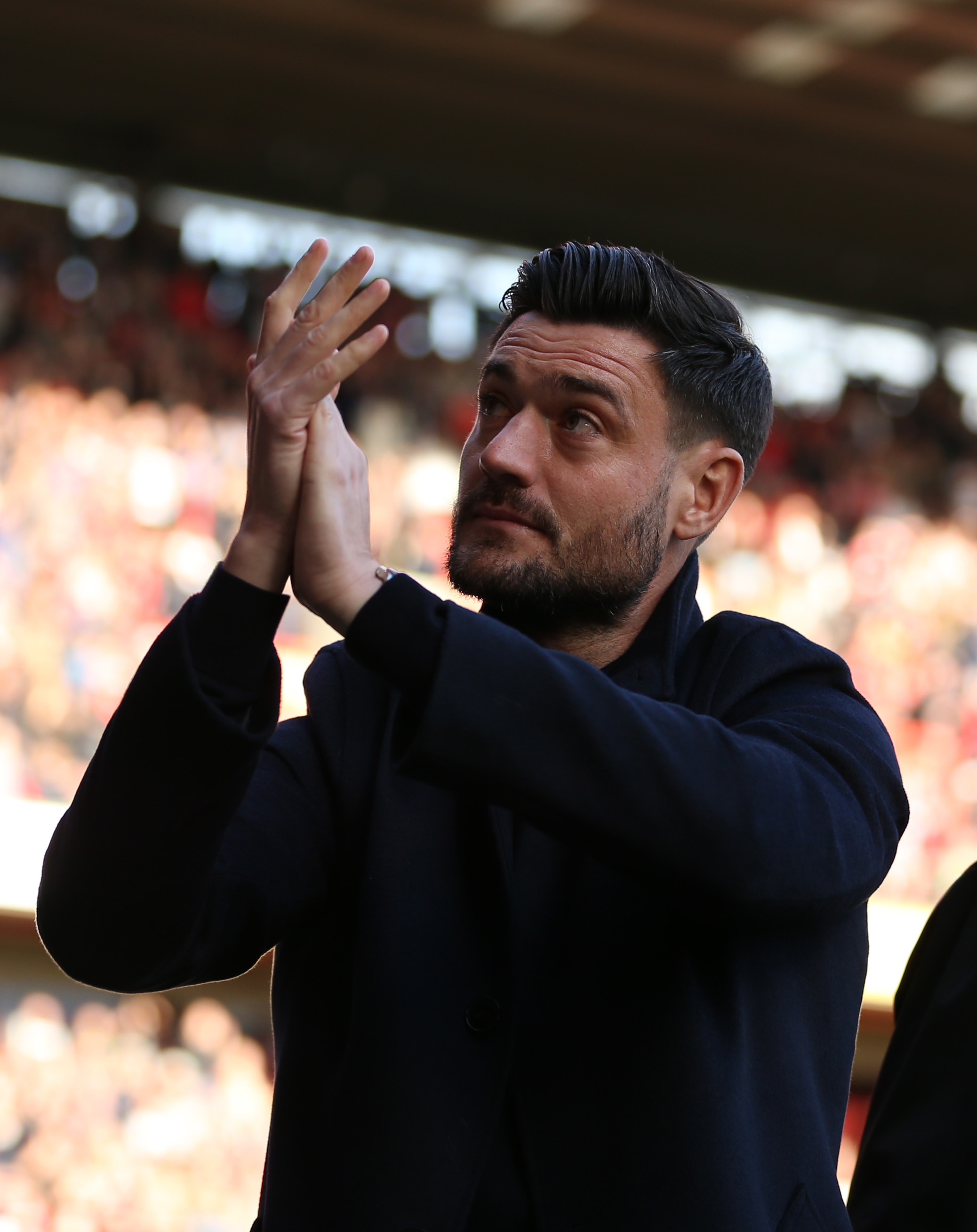 The League One Addicks owner revealed he has received more than 100 applicants to replace sacked Nigel Adkins – but rather than rush into recruiting someone he wants time to find the right man.

Jackson has, in two games, seen Charlton become the first team to win at Sunderland this season, destroying their 100 per cent home record, and smashed Doncaster on Saturday 4-0.

The American-based Danish businessman told me: “I’m not in a hurry and have told Johnnie that. So it’ll be 60 days before I make a decision.

“He gets a chance to stake a claim and it gives me a chance to see what is out there. And then we’ll see what’s right. 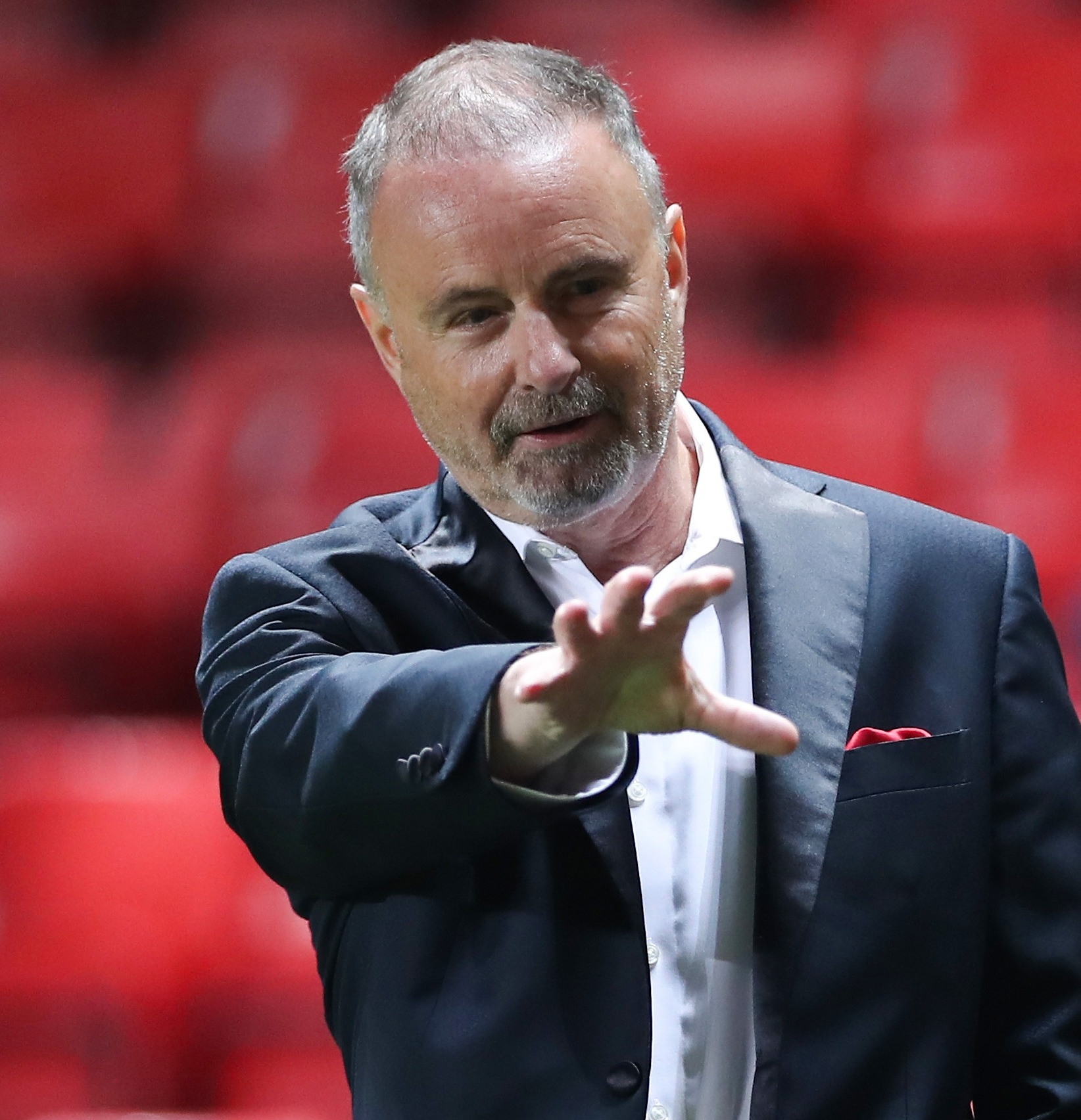 “Johnnie has had two great results. The team has been well prepared and the lads have certainly fought more than they had done in previous games, pressing high and working hard.”

Sandgaard revealed he has been inundated with applications and explained exactly the sort of person he is looking for.

He said: “It’s over 100 applicants now. We’ve had some good ones and hopefuls that wish the spotlight to fall upon them.

“We’ve had high-quality managers in touch who have been successful at different levels.

“The person who gets the job must be someone who knows how to play modern-day football and what a high press means.

“You can play a high press but if you don’t do it in a co-ordinated manner, you’re going to get into trouble.

“It has to be someone who understands League One and the level above.

“A manager must understand what may seem really good in games, like mixing it up, isn’t necessarily a good thing because we should be consistent in what we’re trying to do.

IT was a case of roll out the barrel for Nottingham Forest boss Steve Cooper at QPR on Friday.

As he started to answer a question in the post-match press conference, he was rudely interrupted by an army of Loftus Road staff loudly entering the room rolling across the floor beer barrels!

After asking them, “Is this some sort of wind up?”, half-expecting a Jeremy Beadle character to pop up with a camera and microphone, he laughed: “I want a beer now!”

Sorry, Steve, the almost 3,000-strong Forest away support had drunk the bar dry. 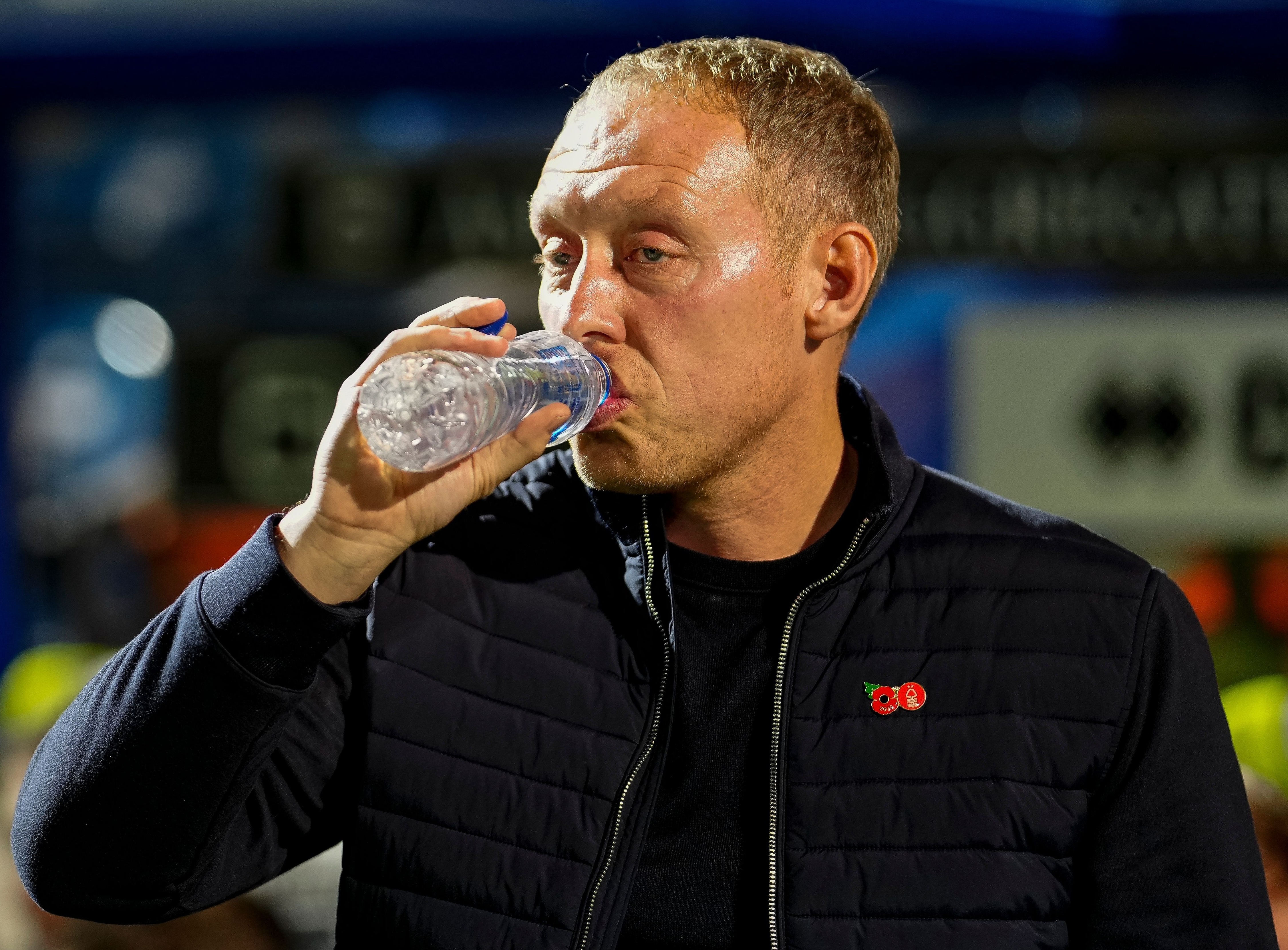 'WE HAVE A BIG DICKIE'

CHANT of the week has to be QPR fans on Friday.

They were heard yelling, “We have a big Dickie” in homage to defender Robert Dickie.

THIS is a special time of year when clubs remember those who have fallen in conflicts during their last home games before Remembrance Day.

I was at Loftus Road on Friday and Craven Cottage on Saturday and at both stadiums 99 per cent of the crowd impeccably observed the minute while the buglar played.

But what is it about the small minority of morons who decide to chant out stuff.

These people are as bad as the racist lowlifes who abuse black footballers and should be banned.

Show some respect, you utter imbeciles.