Sister of Zimbabwean NHS worker who died from Covid-19 leaving daughter, 12, orphaned in the UK reveals she worked all hours to send money home to her son and mother – as the financial company she used to transfer cash pledges to support family for a year

A remittance service has pledged to support the relatives of a Zimbabwean NHS mental health worker who died from Covid-19 – leaving her 12-year-old daughter orphaned in the UK with no family.

Single mother Rutendo Mukotsanjera, 45, lived in Uttoxeter, Staffordshire and passed away from coronavirus on April 10 after a two week battle with the infection.

With no family in Britain, her 12-year-old daughter Cheidza, known as Chichi, is now being cared for by members of the Renew Church in Uttoxeter, where her mother worshipped.

Rutendo used to work weekends and evenings to regularly send money back home to Zimbabwe through Mukuru, an African remittance company, to help her loved ones including her 22-year-old son Shungu Shaun and her mother. 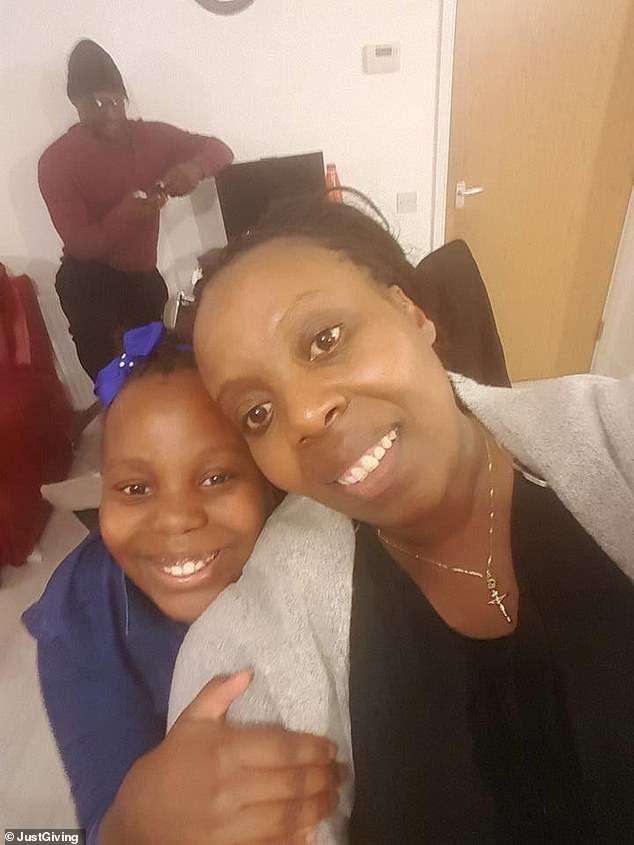 Single mother Rutendo Mukotsanjera, 45, lived in Uttoxeter, Staffordshire and passed away from coronavirus on April 10 after a two week battle with the infection, leaving her 12-year-old daughter Cheidza, known as Chichi, orphaned in the UK with no family

According to her sister Rumbidzai, Rutendo was helping her son by renting him a place in the country’s capital Harare and paying his school fees so he could complete his GCSEs.

She said Rutendo was still sending money home right up until she passed away, and was very worried about the future well being of her family.

Mukuru has now pledged to continue supporting her son and mother by matching her monthly sends from the past year for the next 12 months – roughly £2,300.

Rumbidzai told FEMAIL: ‘My sister was special and so dear to me. I will forever miss her greatly. She still stays close to my heart. Even though I am heartbroken, I thank God for the time we shared.

‘Thank you Mukuru, from the bottom of my heart, for thinking of us in this time of mourning.’ 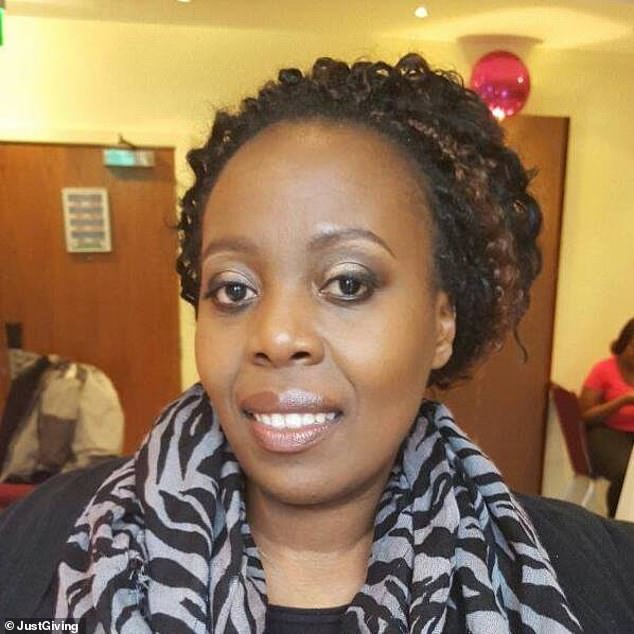 Rutendo was still sending money home right up until she passed away, and was very worried about the future well being of her family

Mukuru CEO Andy Jury said a remittance is always more than just about money; it is a representation of the love, care and hard work of senders, with the remittances often being a lifeline, an opportunity or even a celebration to the recipient.

He added: ‘Miss Mukotsanjera was the very embodiment of a Mukuru customer – hardworking, selfless, and the backbone of the family she supported. We were so saddened to hear of Miss Mukotsanjera’s passing.

‘We would like to continue that support to her son in Zimbabwe over the next 12 months, to ensure he is able to continue along the path his mother paved for him.’

The Renew Church has also set up a JustGiving page to raise money for Rutendo’s funeral as well as legal and support costs for Chichi, which has so far attracted donations of almost £37,000. 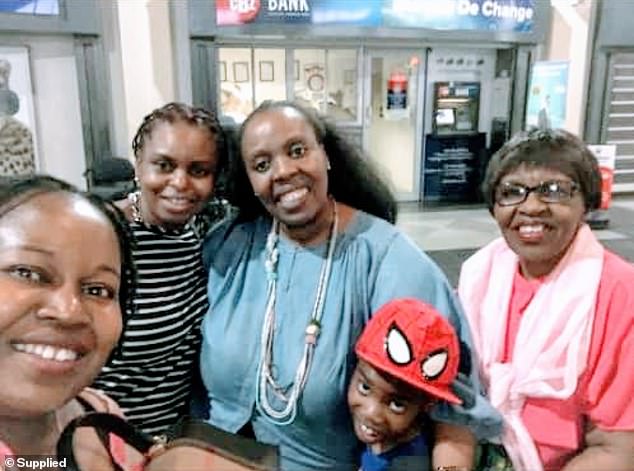 Mukuru has now pledged to continue supporting Rutendo’s (centre) son and mother (pictured right) by matching her monthly sends from the past year for the next 12 months – roughly £2,300

Church members have been in contact with Rutendo’s relatives in Zimbabwe to decide what to do in the best interests of Chichi, though no firm plans can be made until lockdown in the UK and Zimbabwe is lifted.

In a recent Facebook livestream with Pastor Matthew Murray, Chichi paid tribute to her mother, and assured people she is ‘doing OK’.

‘Obviously it’s not going to get easier but at least now I know that my mum’s not in pain and I can have some sort of humanity knowing that she’s OK,’ she said. 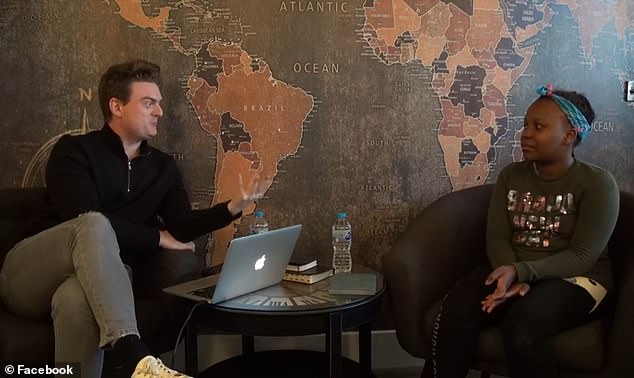 In a recent Facebook livestream with Pastor Matthew Murray, Chichi paid tribute to her mother, and assured people she is ‘doing OK’

Rutendo’s funeral was held on a Monday, and her family said it broke their heart that they couldn’t attend.

Pastor Matthew, who delivered a speech on Chichi’s behalf to gathered churchgoers outside before initiating a clap in Rutendo’s memory, said the young girl has been ‘brave and amazing’ throughout her ordeal.

Rumbidzai said they are planning for her ashes to be sent back to Zimbabwe, where they can have their own ceremony and say goodbye. 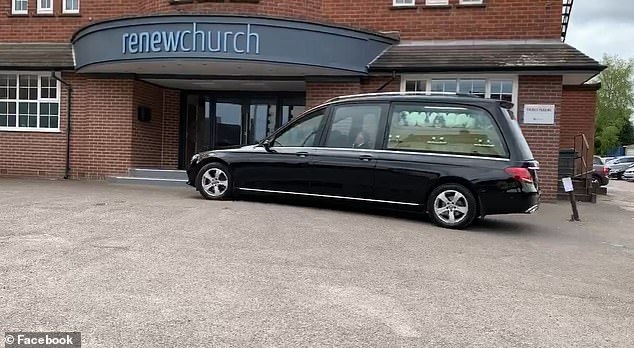 Rutendo’s funeral was held on a Monday, and her family said it broke their heart that they couldn’t attend

They are hopeful that Chichi will be able to fly out for this service so they can be all together as a family.

‘We are taking everything one step at a time,’ she added. ‘It’s tough but we have to soldier on.’

According to The Mirror, Ms Mukotsanjera was a public health official and had previously worked for the Infrastructure Bank in Zimbabwe.

Britain’s black and minority ethnic communities appear to have been hardest hit by the virus sweeping the UK.

Despite only making up 14 percent of the population of England and Wales, they represent a third of the patients in intensive care with coronavirus, according to the Intensive Care National Audit and Research Centre. 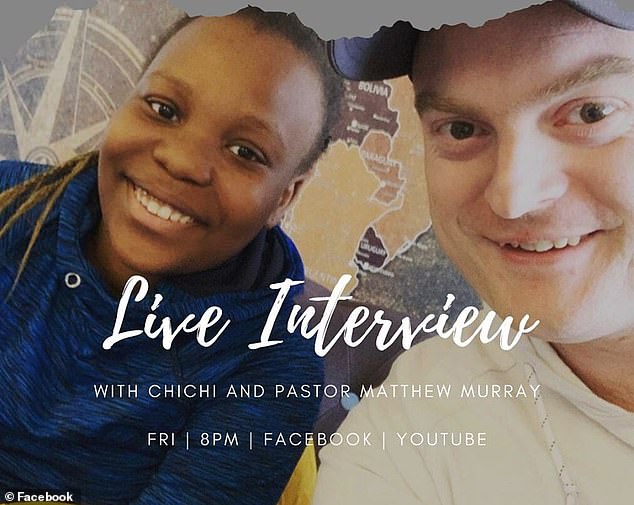 Pastor Matthew Murray, who delivered a speech on Chichi’s behalf to gathered churchgoers outside before initiating a clap in Rutendo’s memory, said the young girl (left) has been ‘brave and amazing’ throughout her ordeal

Chaand Nagpaul, head of the British Medical Association, said this was ‘extremely disturbing and worrying’.

‘We have heard the virus does not discriminate between individuals, but there’s no doubt there appears to be a manifest disproportionate severity of infection in BAME people and doctors,’ he told The Guardian newspaper.

The first ten doctors who died with coronavirus in Britain were from ethnic minorities, including Alfa Sa’adu, Jitendra Rathod, Mohamed Sami Shousha and Syed Haider.

In a letter to the government, several opposition Labour MPs said deaths represented ‘serious concerns’ and called for an urgent investigation. 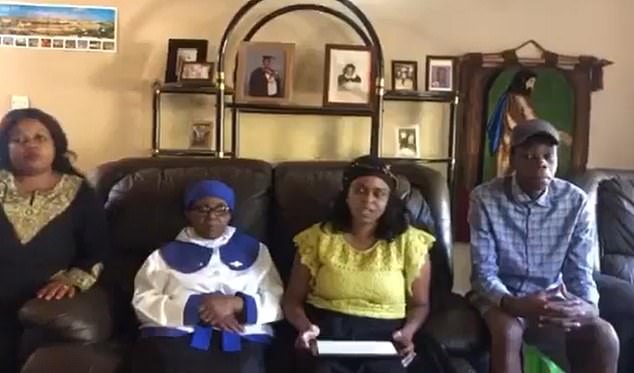 Rutendo’s mother, two sisters and her son (pictured) recently shared a message on Facebook thanking the Renew Church in Uttoxeter for looking after Chichi

Sunder Katwala, the head of thinktank British Future, also said that a large number of Filippino nurses, hospital porters and other staff had been affected by coronavirus.

‘Tragically, a disproportionate number of those in the NHS who died are people who came to make their lives here and to work in the NHS,’ Health Secretary Matt Hancock said in a recent press conference.

Non-British staff make up 12 percent of the UK healthcare workforce, according to the Office for National Statistics.

In London, the epicentre of the coronavirus outbreak in Britain, this rises to 23 per cent. 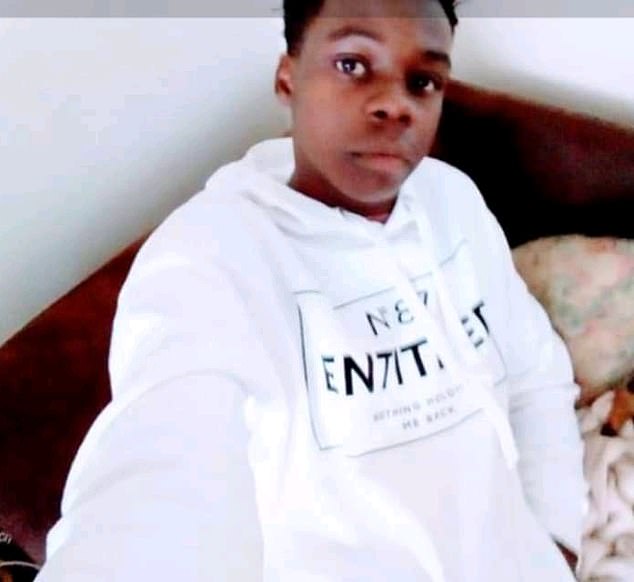 Rutendo used to work weekends and evenings to regularly send money back home to Zimbabwe through Mukuru, an African remittance company, to help her loved ones including her 22-year-old son Shungu Shaun (pictured)

In terms of patients, people from ethnic minorities are more likely to live in London or in the West Midlands – another hard hit area – and suffer more poverty and ill health.

They also often live in larger, multi-generational households and so ‘social isolation may not be as prevalent’. 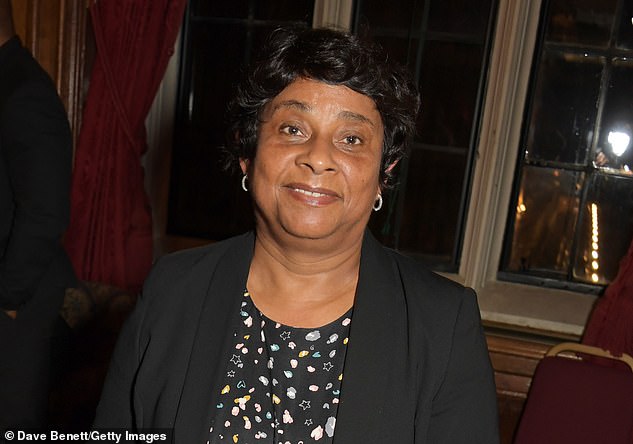 Baroness Doreen Lawrence, who is heading Labour’s investigation into the high rate of black and Asian illness and deaths from coronavirus, pictured in January (file photo)

‘All of which bring them into more contact with coronavirus and so increase their risk to serious-illness and death,’ she told the BBC.

Last month, Public Health England said it would review the high rate of black and Asian illness and deaths. Former equality watchdog chief Trevor Philips was spearheading the probe, but no details have emerged of what that inquiry will entail or how long it will take.

Labour has also announced its own investigation, headed by Baroness Doreen Lawrence.

END_OF_DOCUMENT_TOKEN_TO_BE_REPLACED

END_OF_DOCUMENT_TOKEN_TO_BE_REPLACED
This website uses cookies to improve your user experience and to provide you with advertisements that are relevant to your interests. By continuing to browse the site you are agreeing to our use of cookies.Ok