Denise Richards returned for a second season to The Real Housewives of Beverly Hills. During her freshman season, the Bond girl had a relatively low-key experience. However, her second year holding a diamond proved to be a whole different experience. Richards has been having feuds with Kyle Richards and that will just be the beginning. Things get so heated at one point that her fellow Housewives believed she had quit the show. 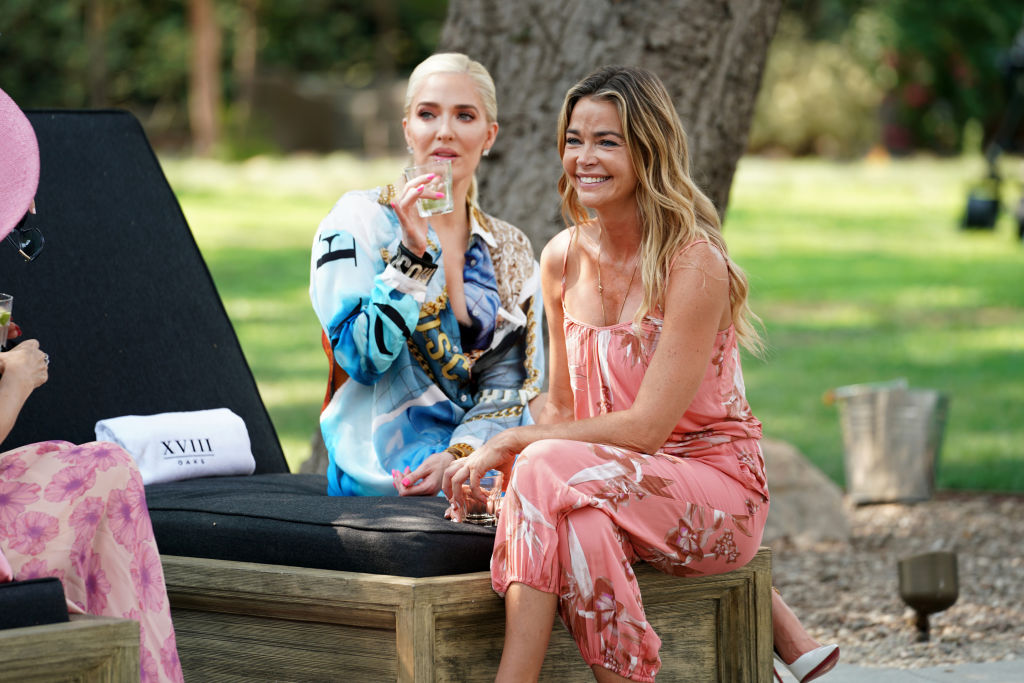 Richards didn’t show up to multiple events hosted by her co-stars. Her absence prompted them to say that she’s quitting the show and not coming back for a third season if she’s asked back. However, Richards makes it clear that she’s committed to the show and explains why she didn’t attend a couple of parties.

“We were pretty much wrapped actually in December, and I was asked to go to two events that we had. I did not make it to those,” Richards told Extra. “That was the extent of me stopping filming… I did not quit the show… The only people that said I quit are some of the people on the show, and they never asked if that was true or not.”

Previously, Richards also said that she was on to go to the RHOBH Season 10 reunion despite what her co-stars have said. In the past, Housewives that quit the show early on didn’t show up to the reunion, sealing their faith on the show like Adrienne Maloof and Lisa Vanderpump.

“I’m planning on going if we still have [it],” she told Hollywood Life. “I don’t know how we’re going to be doing the reunion now. Maybe things will be lifted and we’ll be able to do it, even if it’s on Zoom. But I never said that I wasn’t going to be there. They’re the ones that are saying that.”

Richards also said she was open to returning to the show for season 11.

“No one knows who’s going to be back next season,” she added. “They have to ask us to come back. I never said I quit the show. And Bravo knows that!”

Denise Richards reveals who told her how to ruin a scene

With Richards being put through the wringer by her fellow Housewives, she applied a tactic to ruin a scene. Richards broke the fourth wall for the first time by yelling out “Bravo” repeatedly so editors would be forced to not use the footage.

“My first week of filming — I’m sorry, Kyle [Richards], I have to say this — Kyle was actually the one that told me to put our hand in front of our face and say, ‘Bravo! Bravo!’ if we didn’t want something that would air,” Denise told ET. “So, I didn’t make it up. I learned from the other women that have been before me on the show; many of them did it during my two seasons.”

The iconic Lois Rinna is back! But can she handle this group? Don't miss a new #RHOBH tomorrow at 8/7c on @BravoTV! ?

The tactic didn’t work as it’s a very prominent scene during the RHOBH Season 10 trailer and is going into the books of iconic moments.

“I felt that there was some miscommunication on that issue, and Kyle was pushing the issue, so I did that to stop, to clarify things with our amazing production [team] before I continued our dinner,” Denise added.