Kyle Richards and Dorit Kemsley are going through a rough patch in their friendship on The Real Housewives of Beverly Hills. The ladies have been sparring on season 10 over if they glam or not and their relationship has taken a toll. Richards claims she is not “directly” talking to Kemsley but after a new episode of the show aired, they exchanged messages on Twitter. 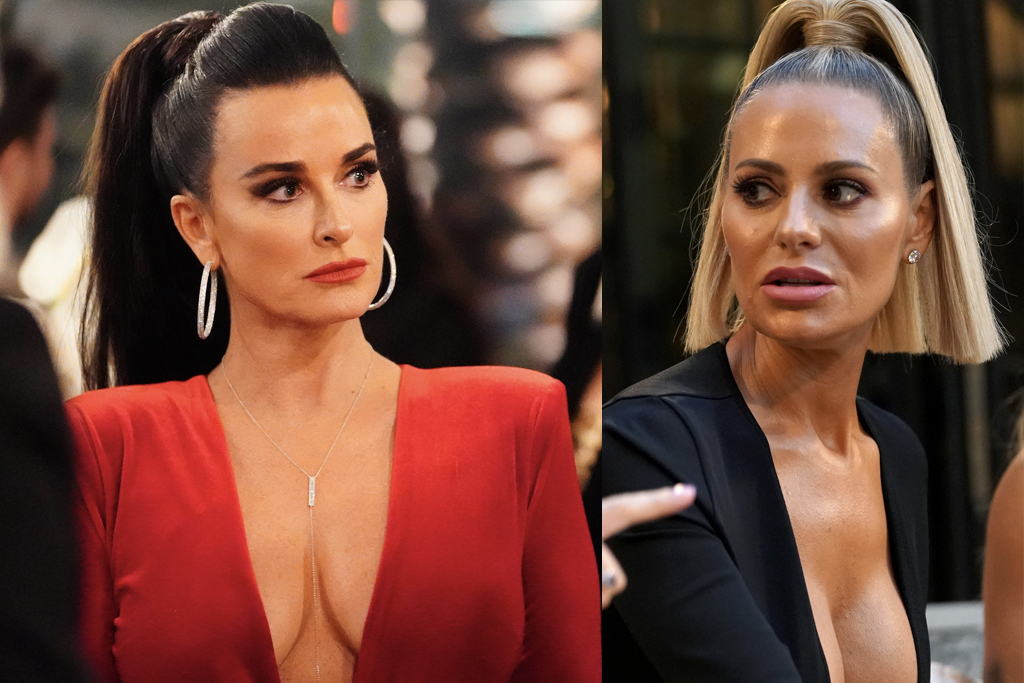 Why are Kyle Richards and Dorit Kemsley feuding?

There’s a lot of drama on RHOBH Season 10 and the ladies have been more open than ever about their conflicts. Richards and Kemsley experienced a fall out during the first episodes of the show. The American Woman series producer called out bikini designer for arriving late to an event hosted by Teddi Mellencamp.

Richards said that Kemsley arrived to the event late because she was getting glammed up. The latter said she was tardy because she has a “life” and had other things to do. However, Richards pointed out that she felt Kemsley was not being honest as she still had time to pose for pictures before heading to Mellencamp’s event.

The picture that caused such an uproar on tonight’s episode of #rhobh If only I was looking into the future here and could see how upset this pic would make someone ? Don’t miss a new #RHOBH TONIGHT at 8/7c on @BravoTv

This is the latest drama between the two, but it was on the premiere episode that Kemsley shaded Richards’ fashion line.

“I was really upset with her for the comments she made in the first episode about my business that weren’t true,” Richards told Us Weekly. “I never say anything about anyone’s family or anyone’s business because that’s our livelihood. Our families are the most important things to us, so I stick with what the arguments are between the women. I just thought that was a low blow. So then when something like that happens, then when I go on Twitter, I’m not going to be as nice as I normally would. I’m not.”

As the drama plays out on TV, the ladies have been reliving these moments. Richards also said that she has not been talking to Kemsley and the only contact she has with her has been through a group chat all the Housewives are in.

“We’re in a group chat, but … we’ve kind of not been talking directly because I know she’s mad. I know that I’m mad,” she added.

Richards assured the publication that she really cares about Dorit and that they probably just need some time to get over things.

Both RHOBH stars might not be intimately texting back and forth but they sure are feuding publicly on Twitter. As the episode aired on Bravo, Richards and Kemsley aired out their dirty laundry for everyone to see.

“Teddi made it clear we could come when we choose,” Kemsley replied. “I told the entire group I was coming after lunch. Suddenly I’m kate and not committed to my ‘obligations?’ I wasn’t even aware you were all traveling together and wasn’t invited. I didn’t get that memo.”

“Honestly, if this had stayed between Dorit and me, it would have been over before it started. Everyone, having to jump in and get involved, made things so much worse. ANd things are going to get even worse soon,” Richards explained.

“You were happy to get people involved until 2 people didn’t agree with you,” Kemsley fired back. “And making up a story about me being late because of glam and being mad about me glamming in the first place feels like an attack for no good reason. We’re supposed to be friends.”

“I am not making up anything. Ask Erika. We thought we all had to leave at 5am. And we are friends. But could have handled it better without everyone piling on,” Richards added.

The drama on The Real Housewives of Beverly Hills continues every Wednesday at 8 p.m. ET on Bravo.