Who the elf are you? Identity of generous supermarket worker, who has secretly delivered more than 150 presents after midnight in a Suffolk village, leaves residents flummoxed

A supermarket worker who has anonymously delivered more than 150 presents in the village where she lives has been dubbed the Good Elf of Elmswell.

Over the last few weeks, residents in the rural Suffolk village have been finding bunches of flowers and festive presents on their doorstep but are still none the wiser as to who the big-hearted supermarket worker is.

Appearing on This Morning today, the mysterious present giver – who goes out in the dead of night to ensure her identity isn’t revealed – said she loves making people feel good and she’ll keep delivering her secret gifts until Christmas Eve. 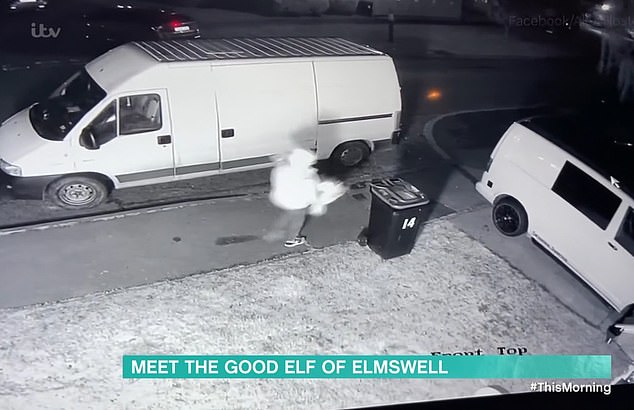 Spotted! But residents in the village of Elmswell have no idea who the big-hearted Christmas elf is who has now left more than 150 presents on villagers’ doorsteps 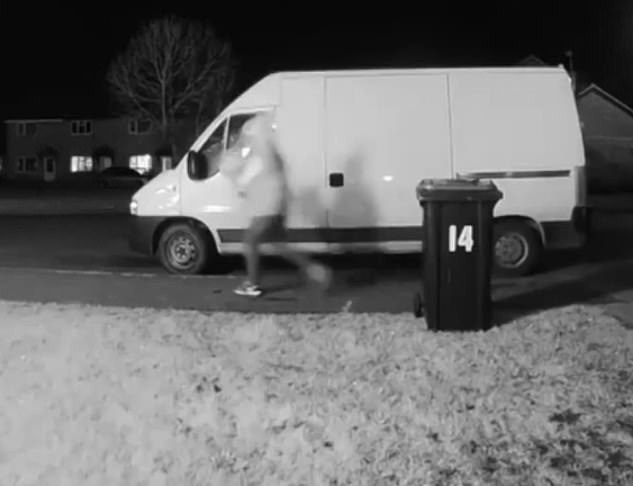 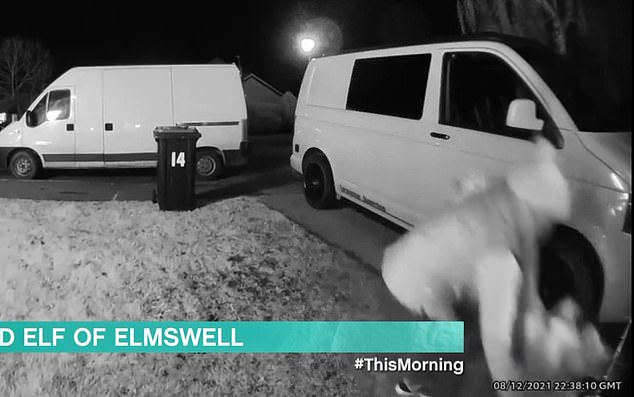 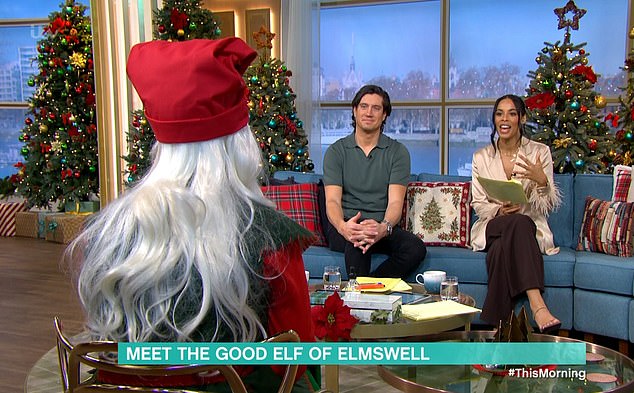 Appearing on This Morning today, the mystery gifter said she loves hearing villagers trying to work out who she is

Doorbell footage captured the kind elf delivering large bunches of flowers on the 8th of December in a residential street but she says she’s not ready to reveal her identity just yet.

She told Vernon Kay and Rochelle Humes on This Morning today how she first started after feeling sorry for some OAPS in the village and decided to start with the random acts of kindness.

With her face and voice disguised, and wearing a silver haired wig and Christmas hat, she explained: ‘I heard about some local elderly residents who were not having such a great time – they were getting a bit of grief and that’s what spurred me on.

The elf, who sat with her back to the camera throughout, said: ‘I wanted to show them that they weren’t on their own and there are good people around.’ 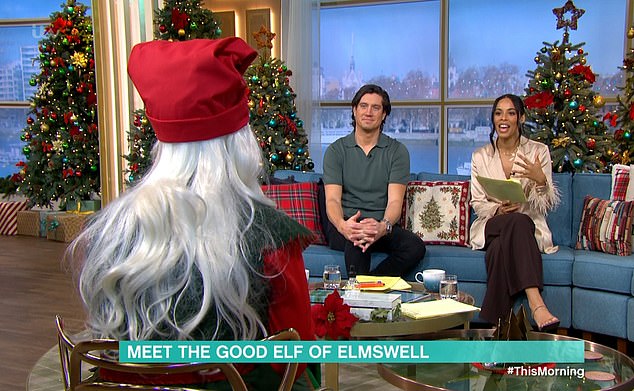 Keeping mum: She told hosts Rochelle and Vernon that ‘Ring doorbell is not my friend but luckily my identity hasn’t been revealed’ 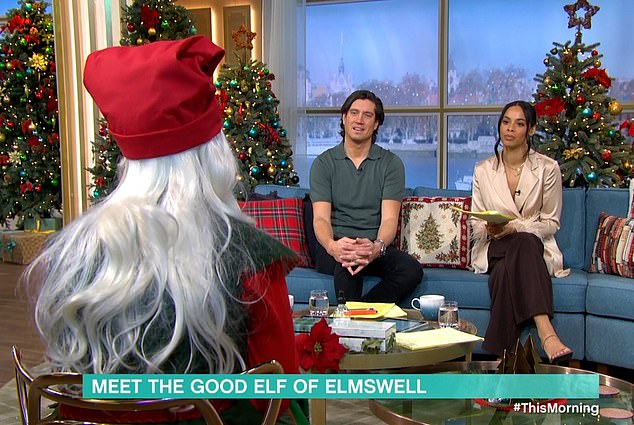 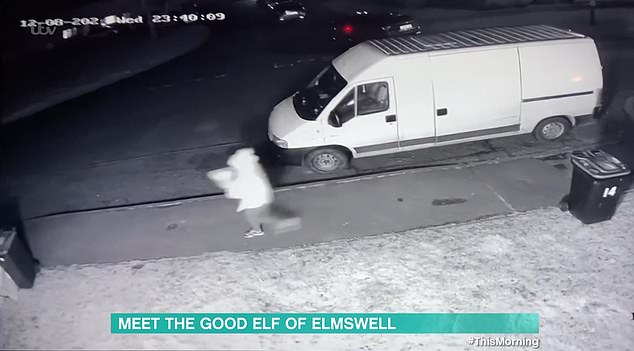 Festive cheer undercover: A second delivery was made on the same evening – with the mystery gift giver moving quickly around her neighbourhood to deliver gifts

She admits that it’s a thrill making people happy during the festive period, saying: ‘I’m loving every single second of it. I love watching the excitement and the buzz now around the village.

‘I can hear people talking about it when I’m out and about. The atmosphere in the village is amazing at the minute.’

And she’s not sure yet whether she’ll let her fellow residents know her real identity. She joked: ‘Ring doorbell is not my friend but luckily my identity hasn’t been revealed.