Home » Lifestyle » Rolex Drops a Host of New Watches for 2021

Rolex Drops a Host of New Watches for 2021

Rolex has revealed it first releases of the year on Day 1 of digital watch show, Watches and Wonders including its signature subtle tweaks to both Explorer models, an out of this world Daytona and a host of glamorous diamond-set models. 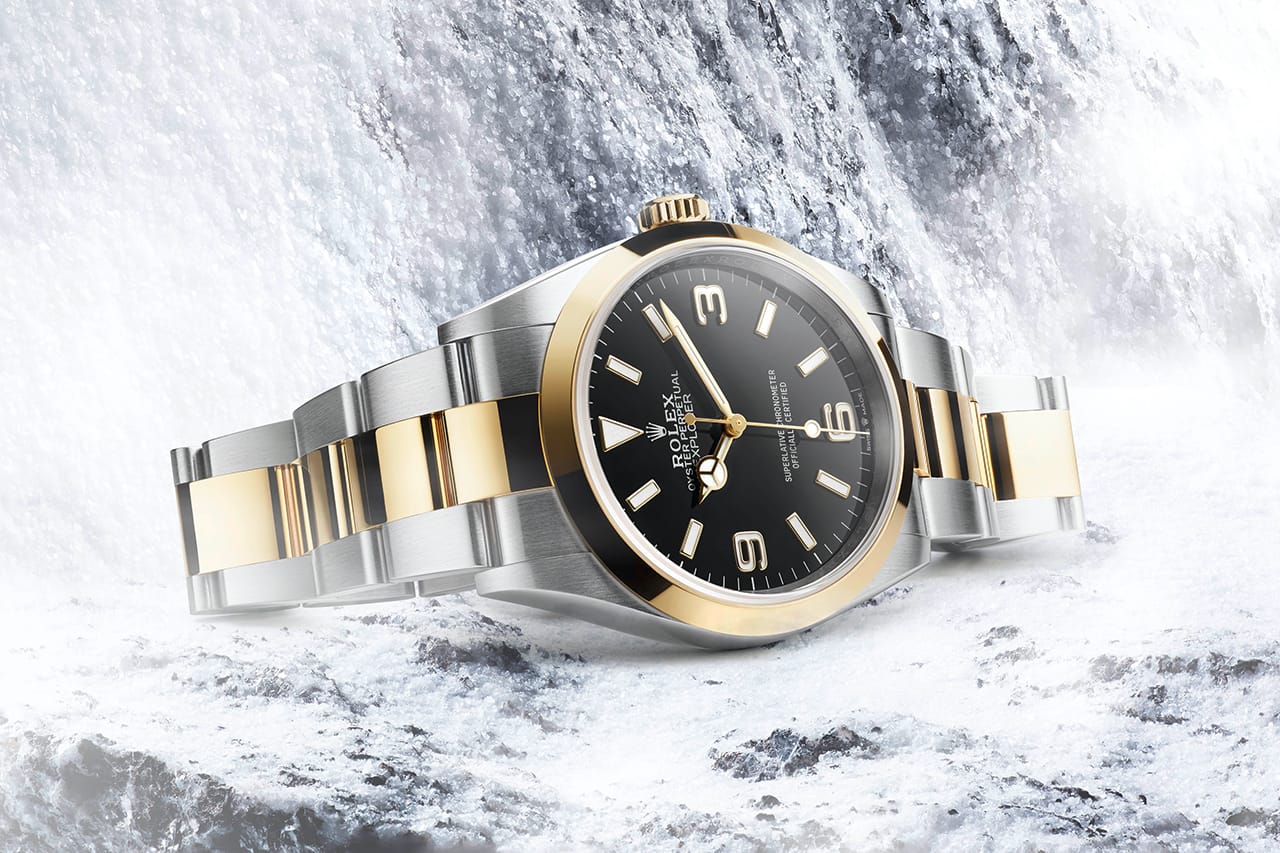 Rolex’s Explorer reverts to its original 36mm case diameter and is presented in both Oystersteel and yellow Rolesor (which is Rolex-speak for its bimetal watches) models, here a combination of 18k yellow gold and Oystersteel case components. The new black lacquered dial is set with applied Arabic numerals at the traditional 3/6/9 positions and each is infilled with Chromalight luminous material.

Inside, the watch is upgraded with Rolex’s calibre 3230 automatic movement that was released last year. The Oystersteel Explorer is priced at $6,540 USD (a rare example of a new model costing less than its predecessor) while the Yellow Rolesor model is $10,800 USD. 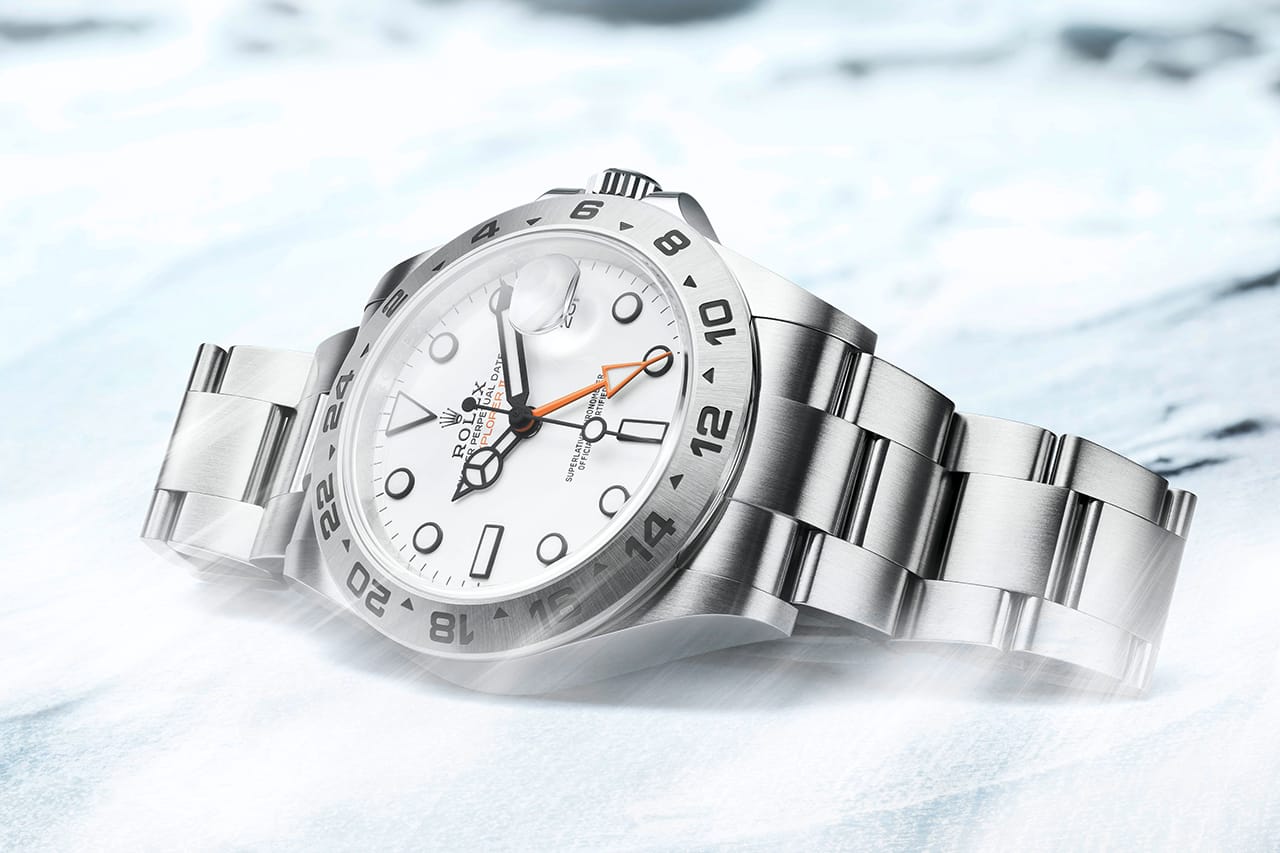 Meanwhile Rolex’s GMT-equiped Explorer II gets a series of incremental tweaks, fine-tuning its case and bracelet, while a white lacquered dial has been added, in contrast to its matt black PVD coated hour markers and black lacquered hands. An improved Chromalight luminous material has been used for the hour markers and hands to offer longer lasting legibility in low light conditions.

The model gets a movement upgrade too, in the form of the automatic calibre 3285, first released in 2018 with the watch priced at $8,550 USD. 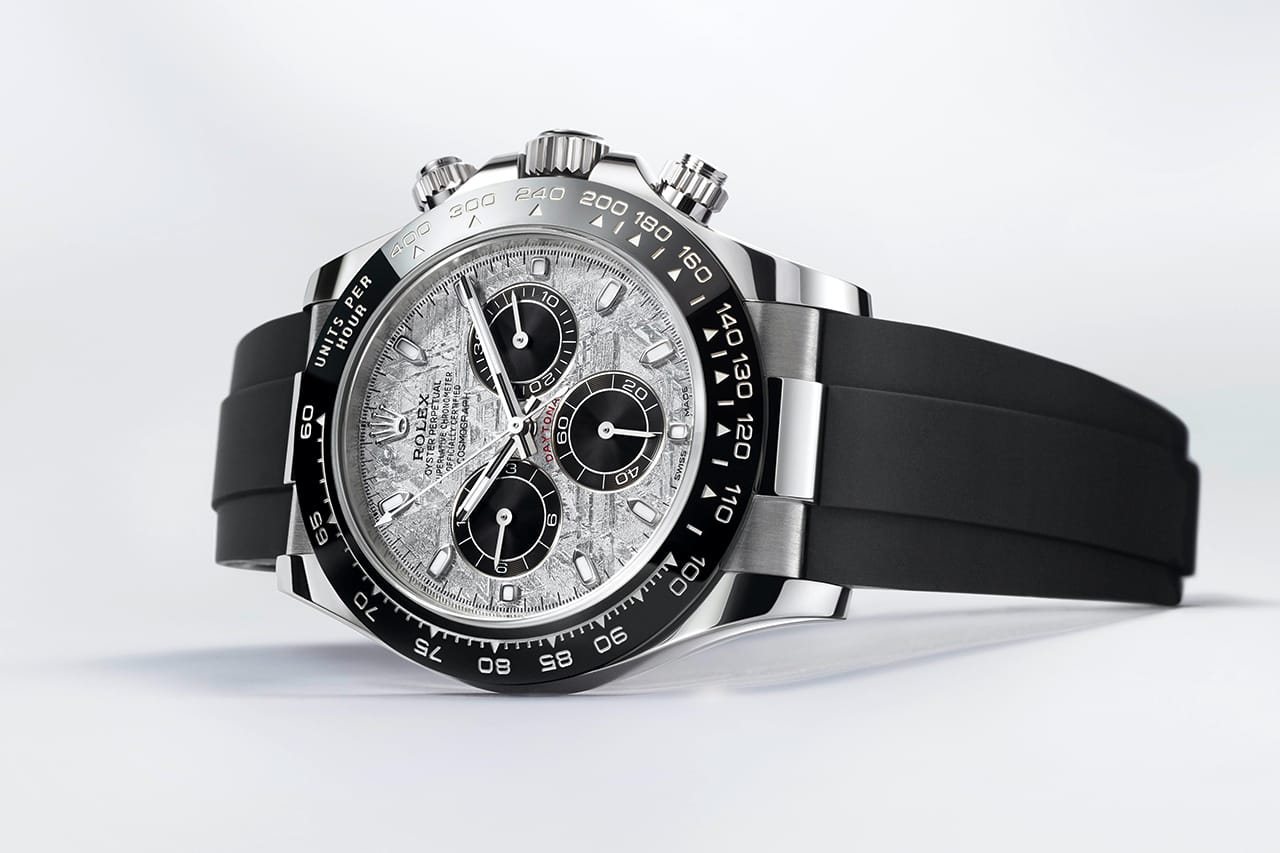 Rolex’s iconic Cosmograph Daytona chronograph has been treated to a meteorite dial with versions in 18k white, yellow and the brand’s Everose gold. Black sub dials at the 3/6/9 positions contrast sit in contrast against the silvery-metallic hue of the meteorite. While the 18k white gold model uses the now familiar black Cerachrom bezel paired with a black Oysterflex strap, the yellow and Everose versions opt for metal bezels engraved with Tachymeter scales and paired with matching Oyster bracelets. Prices for the Daytona models start at $34,050 USD for the white gold version. 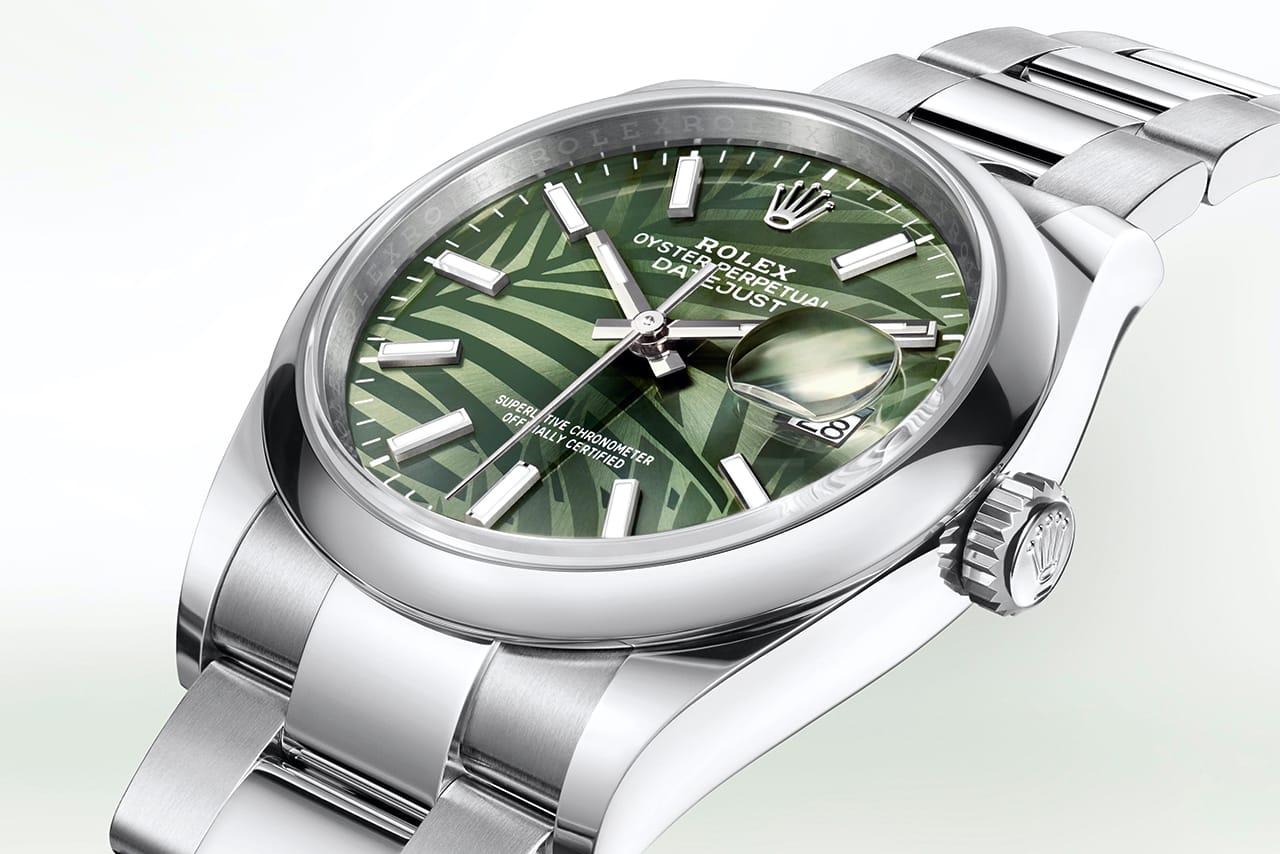 Elsewhere in the collection Rolex introduced a series of eye-catching dials for its Dayjust 36 model, with ‘Palm’ and ‘Fluted’ motifs. First up, the Palm pattern is present in green, gold and silver dials available on Oystersteel, yellow Rolesor and Everose Rolesor models respectively. 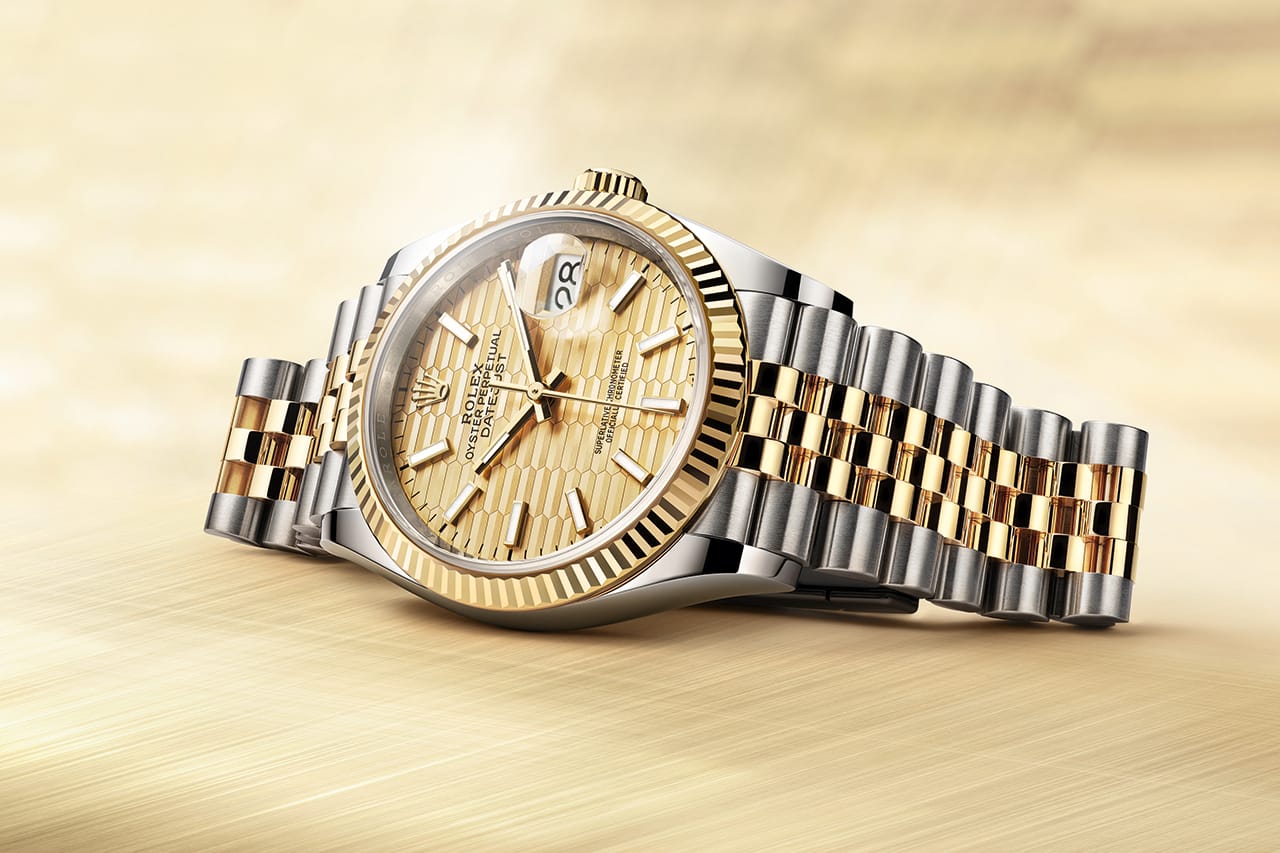 The geometric Fluted pattern, which reflects the fluted bezels found on certain precious metal Rolex models, is presented as a golden dial on a yellow Rolesor Dayjust 36 with a Jubilee bracelet. Prices for the Dayjust 36 start at £5,650 GBP (roughly $7,800 USD).