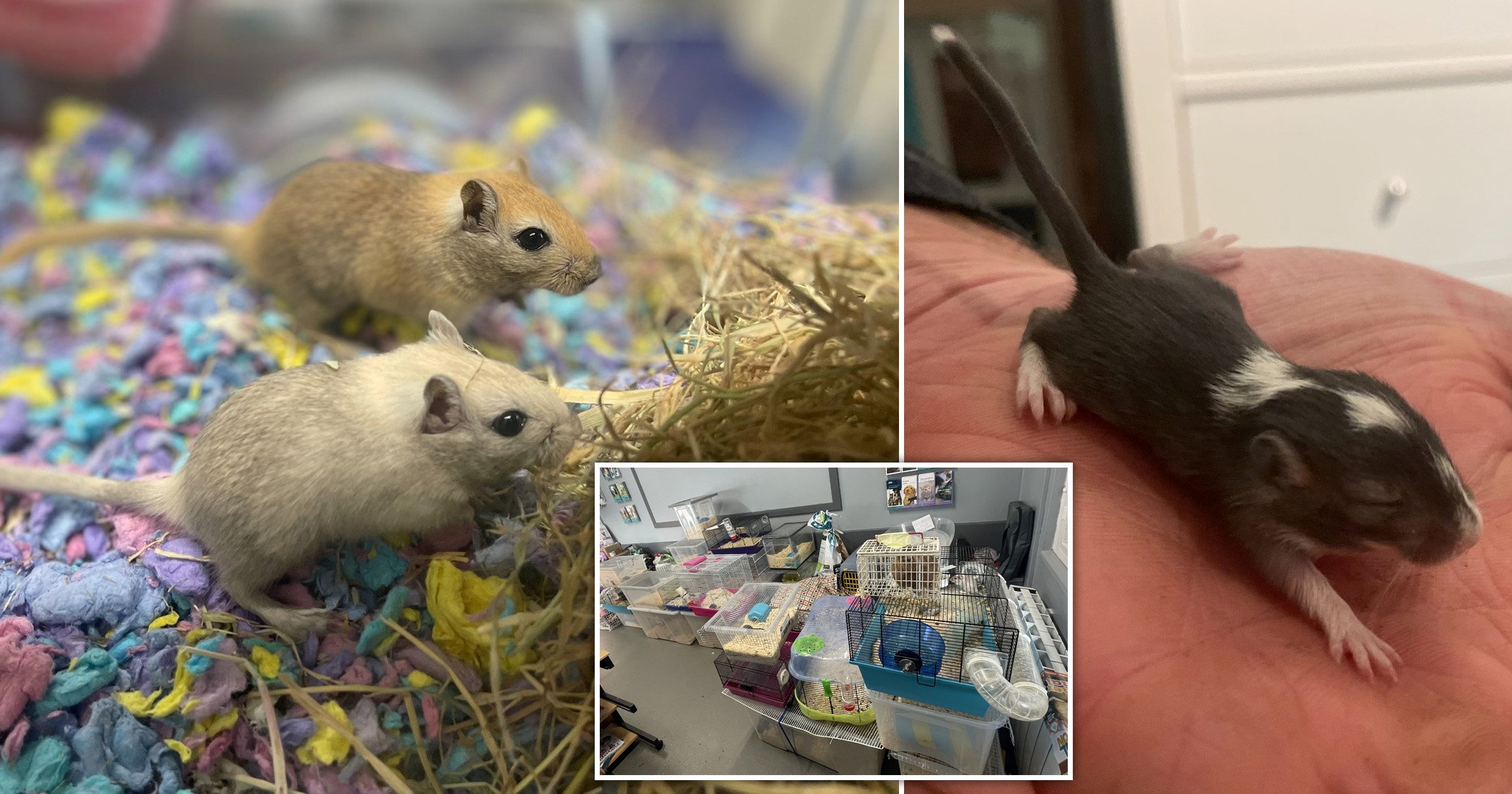 We’ve all heard of the lockdown baby boom, but the gerbil baby boom is definitely a new one.

The RSPCA is looking for homes for a number of gerbils after their… ‘passionate’ parents had 60 babies in just six months.

The poor owner started out with just two gerbils, but as the months went on and their furry army grew, things started to get out of control.

It was when they ended up with 59 gerbils that they asked animal welfare officers to step in.

The gerbils were collected from the Great Yarmouth home in February, by the Mid Norfolk and North Suffolk branch of the RSPCA.

There were so many of them, the animal welfare charity had to bring two vans in order to transport them all safely.

RSPCA head of animal welfare, Chloe Shorten, said: ‘It goes to show how quickly unneutered rodents, like gerbils, can mate and reproduce, and how groups can grow incredibly quickly.’

Explaining how its possible for gerbils to multiple that quickly, she said: ‘Babies can start breeding when they’re just a few weeks old.’

Chloe said the situation ‘also illustrates why it’s important to know the sex of the pets you’re buying and check with a vet so you don’t end up with lots of unwanted babies!’

She added: ‘The gerbils’ owner signed over 59 gerbils, including newborn pups, and we’ve had more babies in our care since.’

The large colony ended up being dispersed across three different RSCPA branches.

So, if you ever wanted a pet gerbil, there’s no time like the present!

Want to adopt some of these gerbils? Here’s what you need to know

While gerbils are fun and rewarding pets, they’re a big responsibility that shouldn’t be underestimated.

Their lifespan is three to four years, and in the wild, are used to living in extended families. As a result, they’re naturally very sociable animals — so you can’t just adopt one on its own. They’ll need company, so its best to adopt a pair.

Other funny habits they got from their ancestors include making little burrows. They’re adapted to desert environments and like to dig, so be sure to set up their cage to make it possible for them to construct their own burrows. Because of evolution, they also enjoy hoarding their food in their burrows.

An interesting fact about gerbils is that teeth never stop growing  — but this doesn’t mean your new pet will grow fangs: they keep their teeth short by shredding material and creating nesting.

So, make sure they have plenty to shred.