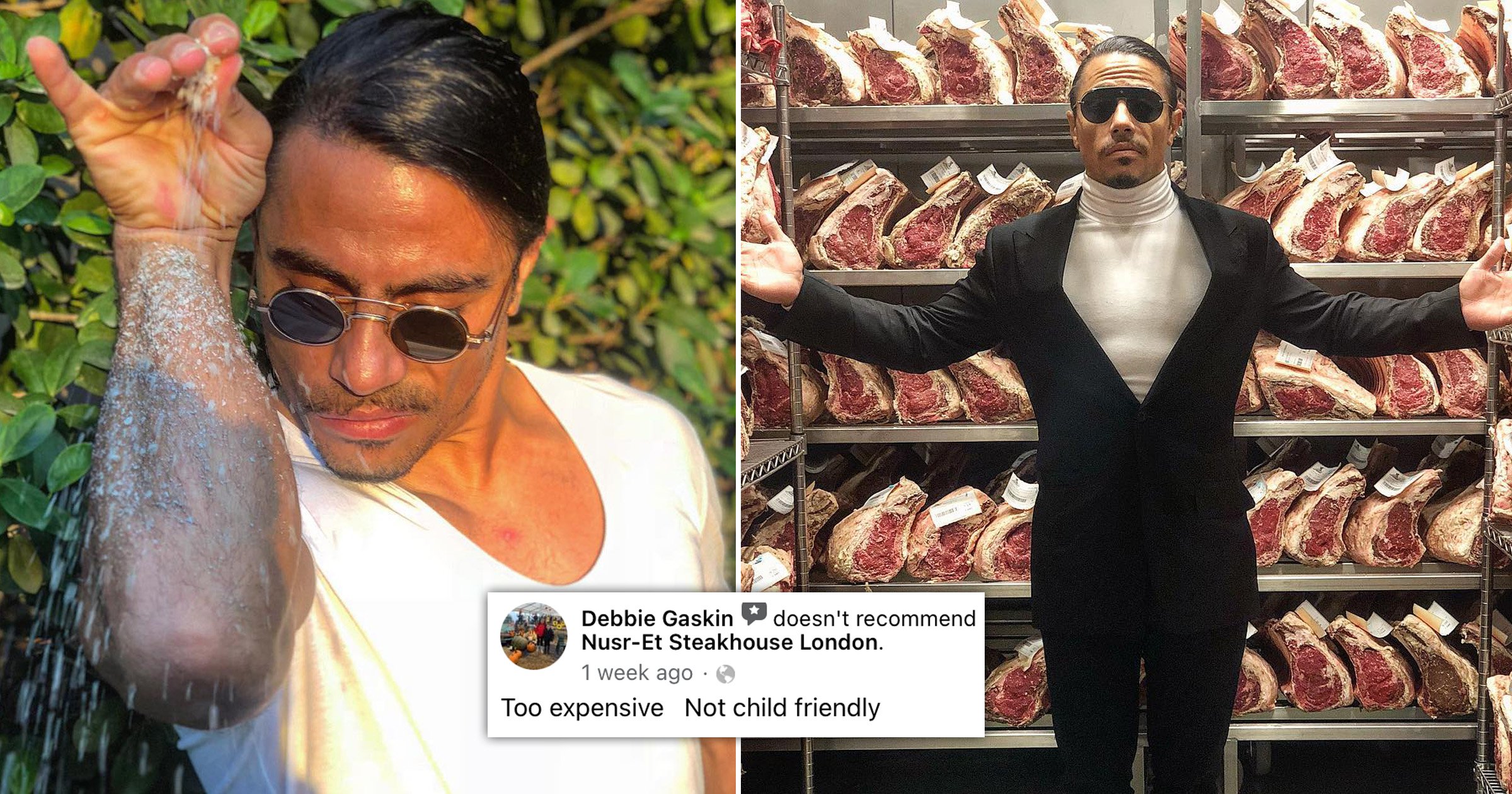 Salt Bae’s new London restaurant is the gift that keeps on giving.

If people aren’t spitting out their dinner in outraged disgust at the eye-watering prices on the menu, they’re poking fun at the notorious owner’s table-side theatrics that are posted online.

But the latest scandal is accusations that the restaurant has been ‘deleting’ bad reviews.

According to My London News, ‘a flurry of reviews appearing to criticise the restaurant when it first opened’ have since ‘disappeared.

The upmarket chain Nusr-Et Steakhouse, located in Knightsbridge, is owned by Turkish butcher-turned-chef Nusret Gokce, known as Salt Bae, and came under fire when it first open when people shared their receipts on social media.

‘£9 for a coke,’ said another disbelieving social media user. ‘Bet the glass was short and thin and filled with ice to the brim. Lol.’

Another added: ‘Why is baklava £22 lmao! I need to see that portion phew,’ another wrote.

On Google reviews, one customer wrote: ‘Amazinggg but overpriced though,’ while another said it was ‘not child friendly’.

A Squaremeals review titled ‘Avoid at all cost’ said: ‘The Gold Burger for £100 was super dry and was totally average… the £200 steak was so poor I was actually flabbergasted.’

But other reviews are singing the praises of the celebrity haunt.

‘What can I say apart from WOW! Yes the prices are not cheap but you get what you pay for in regards to service, ambience and quality of food and drinks,’ posted one enthusiastic guest.

Others praised the famous owner: ‘I was lucky enough to meet Nusret and he’s a lovely, humble man. The theatre of performing the signature steak slicing by Nusret and then later the Baklava by another gentleman was absolutely fantastic.’

Nusr-Et has been contacted for comment, this article will be updated if we receive a response.