Leni Klum may be her mom Heidi Klum’s lookalike, but the 18-year-old has a special bond with her dad, Seal. The two attended the 2022 US Open in New York City yesterday and shared a special snuggle before heading inside to cheer on Serena Williams as she won the Women’s Singles round 2 against Anett Kontaveit. The moment was photographed, and it is so incredibly sweet!

The young model gave her dad a big hug outside the USTA Billie Jean King National Tennis Center on Aug. 31. Leni wore jeans, a black shirt, and black-and-white sneakers, with her hair in a ponytail. She wrapped her arms around Seal, who was dressed in white jeans, a grey t-shirt, and a white bucket hat. The British singer leaned in for a hug, closing his eyes and soaking up the love from his daughter. The father-daughter duo seemed to be glowing with happiness as they shared the special moment. 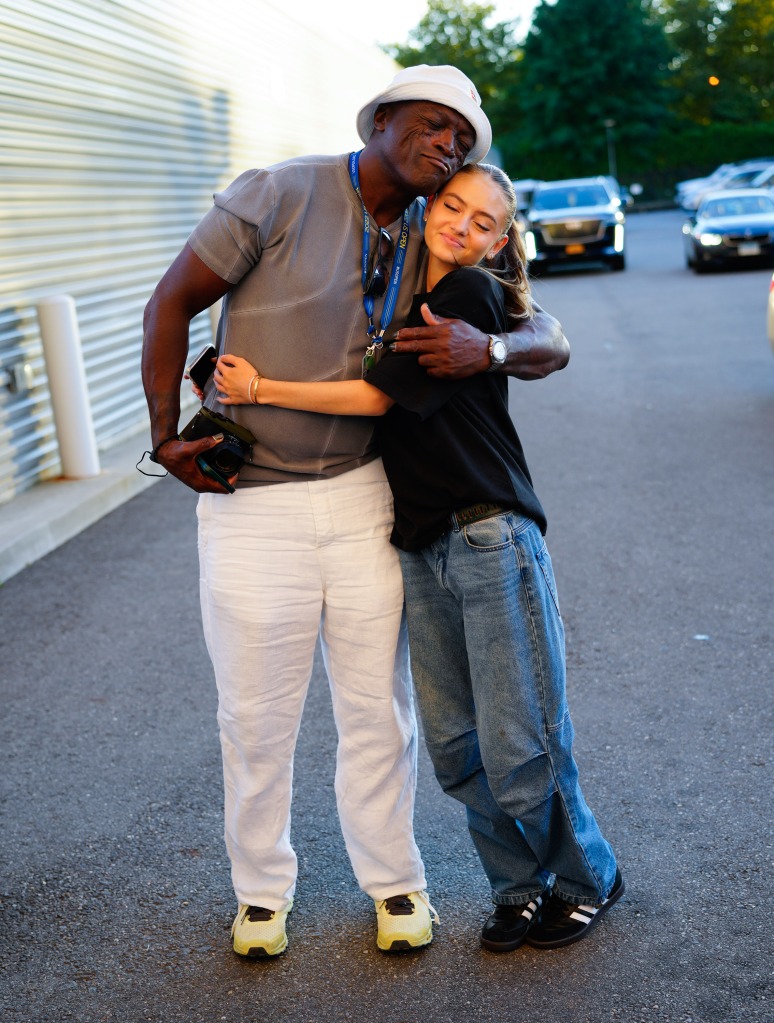 Leni and Seal seem to have a close bond, but they are rarely seen out together. Last October, the two attended the premiere of The Harder They Fall wearing matching black. At the time, Seal said in an interview with ET, “From the day I met her mother, and she was two weeks pregnant with this beautiful lady, we’ve always had that bond,” he said about Leni. “Yeah, we’ve always been close,” Leni added. So sweet!

Of course, Leni is also close to her mother, who recently opened up about how hard it was to send Leni off to college. “It’s crazy, today she had her first day in college,” Klum told James Corden, per PEOPLE. “This weekend, she just moved in, and I call her. Normally she picks up, but then three, four hours I don’t hear anything. And already, my head is going ‘Where is she? What is she doing? Why is she not answering?’ Already the worrying is starting.”

It’s nice to see that even though Leni is growing up, she is still so close to her parents! Those hugs from your kids are always so special, and Seal is definitely soaking it up.

These celebrity fathers are all proud to be “girl dads.”