Law enforcement officials released photos showing the bounty of cash and drugs that were seized when they arrested rapper Fetty Wap on charges he ran a multi-million dollar, bicoastal drug ring.

The images released by the Suffolk County District Attorney’s Office show twelve evidence bags stuffed with about $1.5 million in cash broken down into ones, fives, twenties and hundred dollar bills.

Over a dozen bricks of what appears to be cocaine and heroin are also shown in the images, some of which are marked with “AC” on top.

A metal structure with pipes that resembles a mechanical pill press was also recovered by authorities following the October 28 bust, which brought in 16 kilograms of cocaine, 2 kilograms of heroin, numerous fentanyl pills, two 9mm handguns, a rifle, a .45 caliber pistol, a .40 caliber pistol and ammunition. 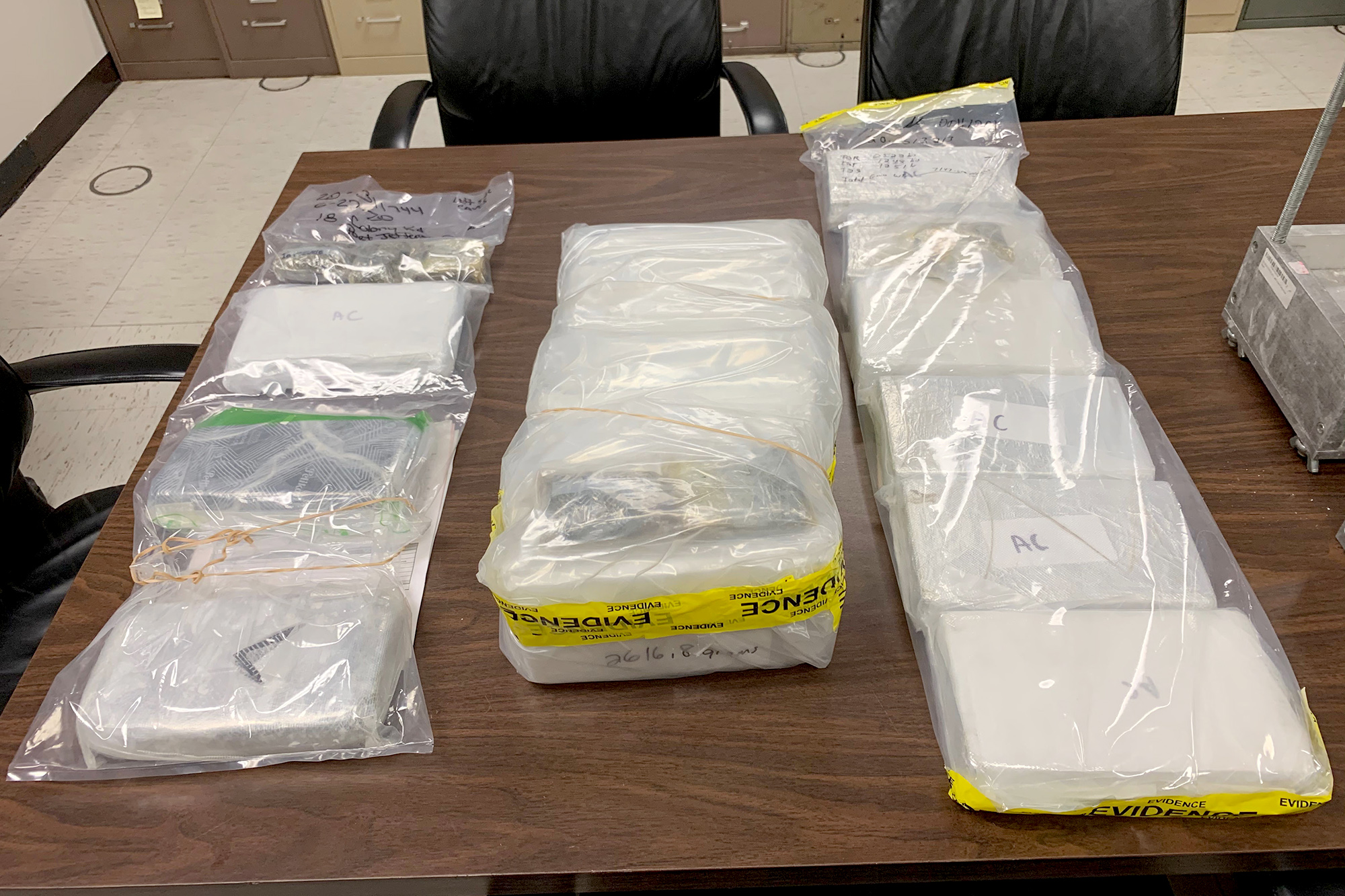 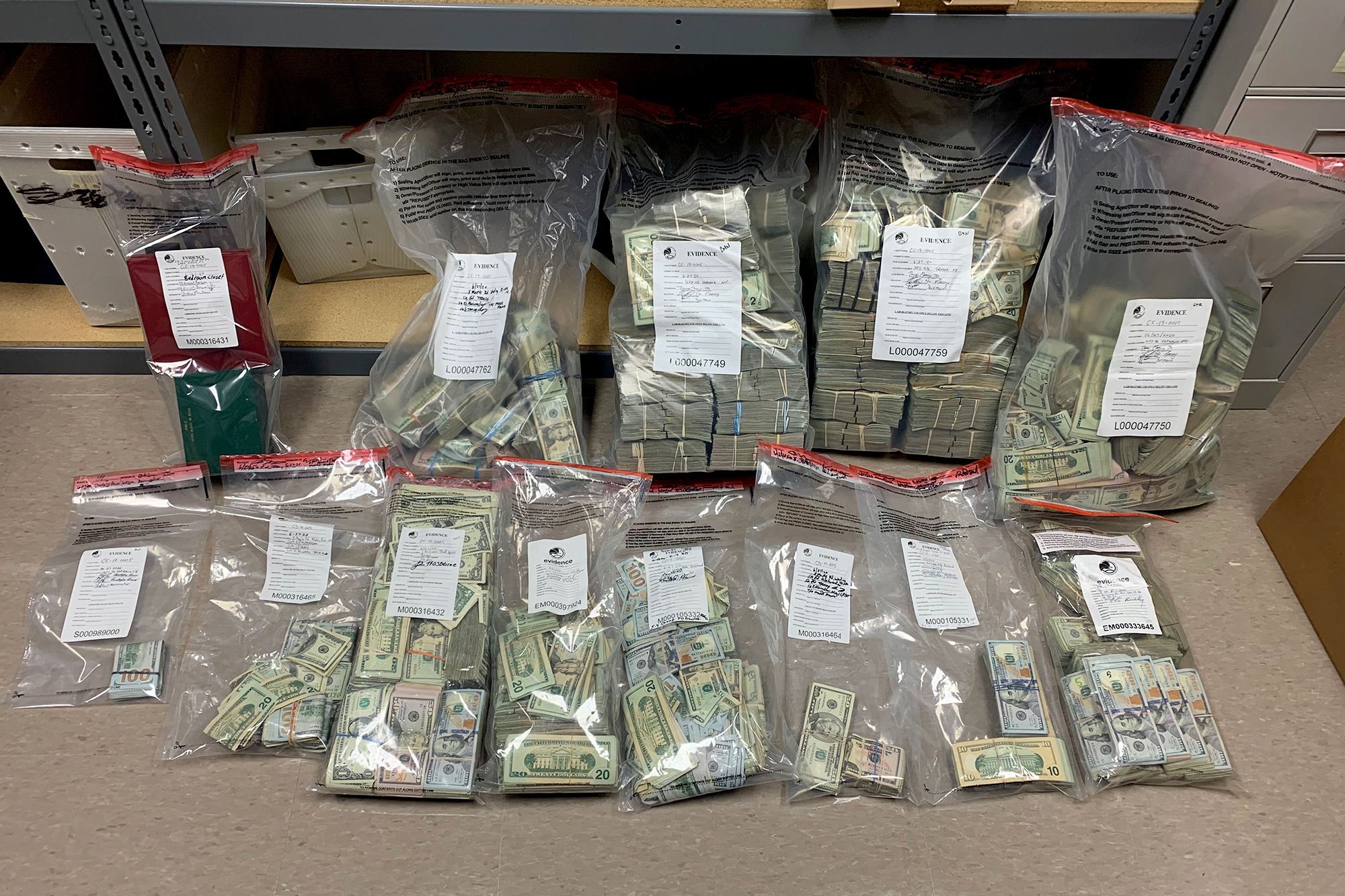 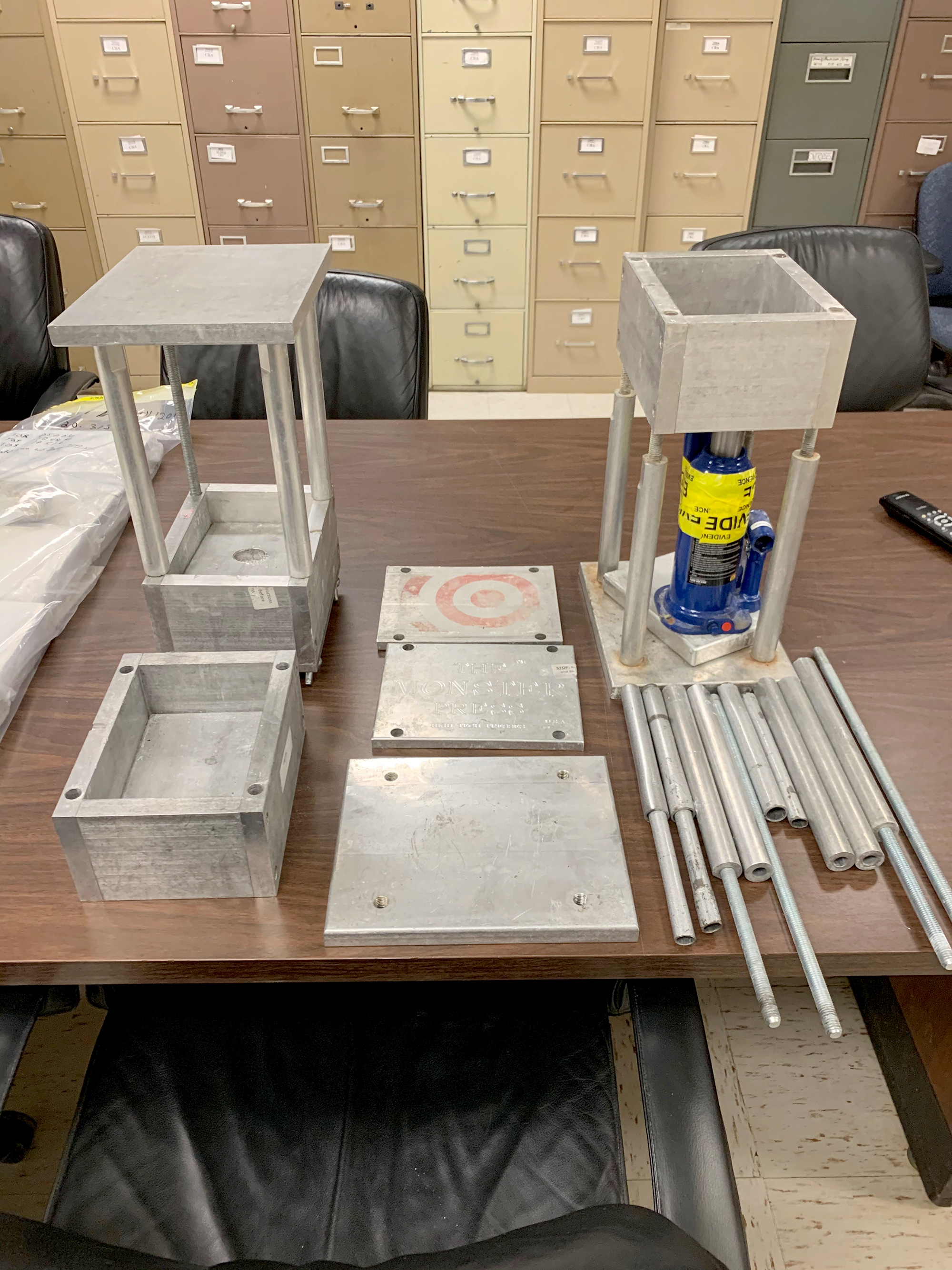 The artist — who bragged in his 2014 hit song “Trap Queens” about cooking crack, using the euphemism “cooking pies” — was arrested by FBI agents last week at Citi Field moments before he was slated to hit the stage and perform for the three-day Rolling Loud music festival. 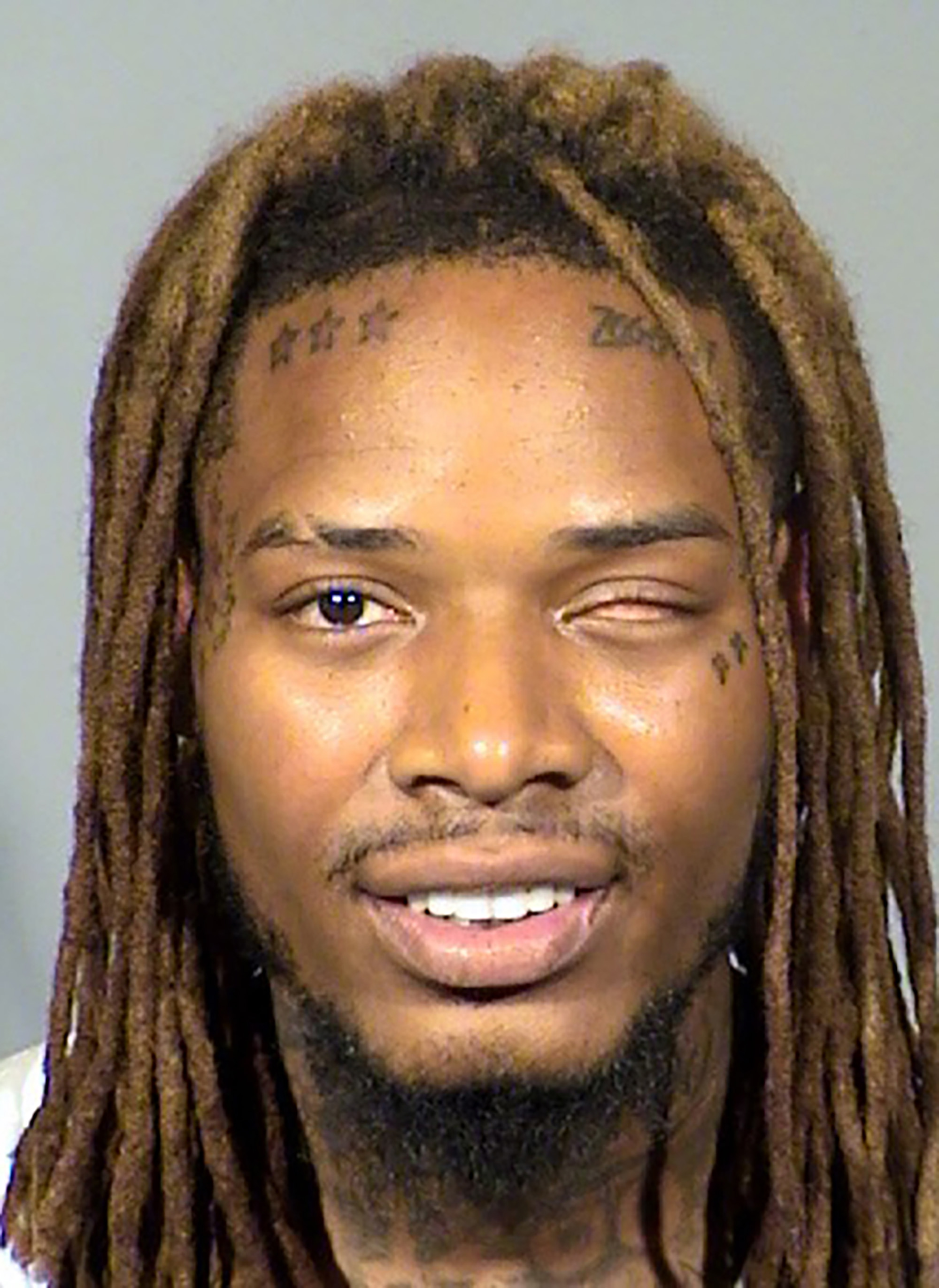 He’s facing federal charges out of the Eastern District of New York for allegedly operating the multimillion-dollar drug ring in Suffolk County with a cadre of associates between June 2019 and June 2020.

The feds allege the rapper, whose real name is William Junior Maxwell II, was a “kilogram-level” dealer in the operation, which allegedly trafficked at least 100 kilos of fentanyl, heroin, cocaine and crack from the West Coast and sold the drugs in New Jersey and Long Island.

The rapper was detained in federal court last week during a brief court appearance where his lawyer did not make a bail application.