The "Dark Shadows" auction, held by Material Culture on Live Auctioneers, ran all day on Halloween, with public exhibitions during the prior weekend. The showcase included other items like an "antique vampire slayer kit" that sold for $12,000 and an antique Japanese skull-form tobacco jar that sold for $500.

But Gacy’s creepy clown self-portrait, called "Pogo the Clown," fetched one of the higher-end prices – not unusual for the murderer, who was executed by lethal injection in 1994 after being found guilty of killing 33 people.

The buyer’s name was not disclosed. The painting was completed in 1985 while Gacy sat on death row, painted with oil on canvas board, and he signed and dated the piece.

Gacy rose to fame as one of the most notorious and bizarre serial killers because of his work as a local amateur clown called Pogo. The Chicago-area killer would lure young men and boys to his home with promises of construction work or sex, then handcuff and repeatedly rape them before strangling them. 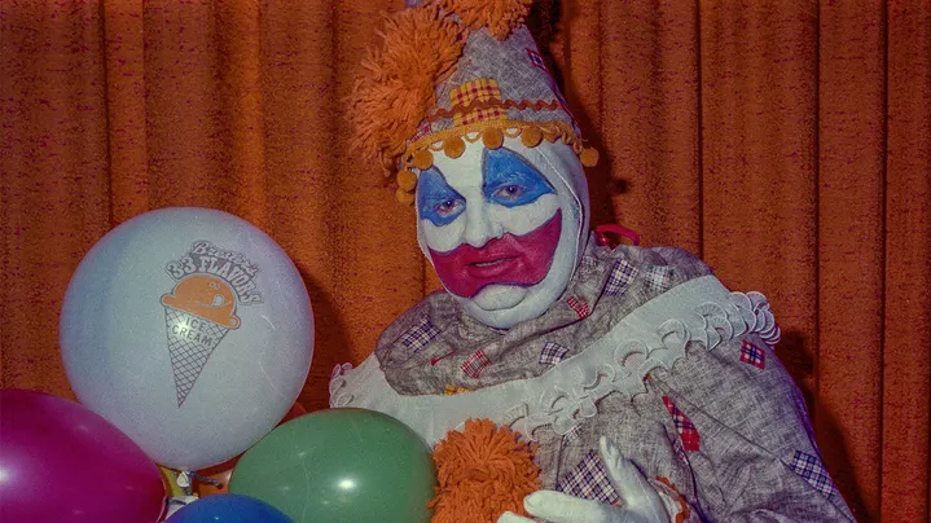 John Wayne Gacy was an amateur clown in his local community. (Marty Zielinski)

Gacy wasn’t arrested until 1978, when he came under suspicion in the death of Robert Piest, a 15-year-old to whom Gacy had offered a $5-an-hour construction job. Police executed a search warrant at Gacy’s house, and his first victim was found in a crawl space.

PRINT OF KING CHARLES' BALMORAL CASTLE PAINTING SELLS FOR $6,500: ‘EXCEEDED ITS ESTIMATE BY SO MUCH’

He passed his time on death row by painting self-portraits of clowns, producing around 2,000 such paintings during his nearly 15 years on death row, according to the Crime Museum. 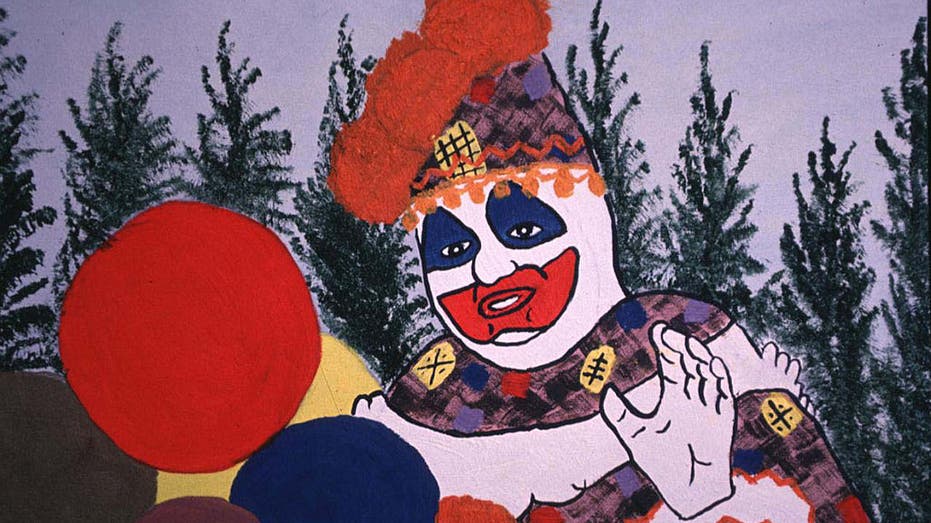 A previous version of the “Pogo the Clown” painting by John Wayne Gacy that sold at another auction.  (Photo by Steve Eichner/WireImage / Getty Images)

A number of his paintings have sold for at least $10,000 at auction. One such auction in 2011 stirred up controversy when the gallery owner offered to donate proceeds from the sale to the National Center for Victims of Crime, but the group rejected the funds and sent a cease-and-desist letter, Salon reported.

Gacy created the character of Pogo for his work as a clown, which he would use for entertaining children at events. He also performed under the name "Patches" the clown.